There's something going on with the birds.

I'm mad at Target - really mad ( madder than the birds )
I was excited when I found out they were coming to Canada - instead of having to rely on cross border shopping - EXCEPT - they charged more for everything up here AND the inventory was sorely lacking.
Empty shelves were far too common.
Anyway the reason I'm angry is this.
17,600 employees are out of work - and although they set up a fund to offer severance packages - which came to 56 million dollars - they gave the CEO a golden handshake of 61 million dollars.  For a failed endeavor.
What are they paying SUCCESSFUL CEO's  ???????????????
They paid ONE man more then they gave to 17,600 employees combined.
The world makes me sick some days.
Seriously sick to my stomach that we live in such dishonest and greed filled times.

My daughter posted this pic on her facebook page - she took it from her balcony ! ( she's quite the amateur photographer ) 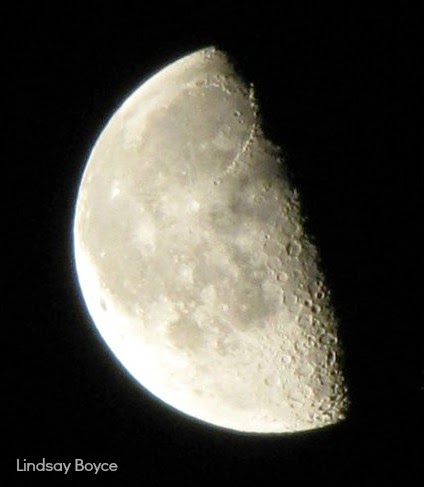 EXCEPT ( and there are always exceptions to every rule )

You have to read this to believe it - the entire conversation is as ludicrous as it gets.

A Saudi Arabian historian trying to justify the nation's ban on female drivers says women who drive in other countries such as the United States don't care if they're raped and that sexual violence "is no big deal to them."
Saleh al-Saadoon claimed in a recent TV interview that women can be raped when a car breaks down, but unlike other countries, Saudi Arabia protects its women from that risk by not allowing them to drive in the first place, according to a translation posted online by the Middle East Media Research Institute.
"They don't care if they are raped on the roadside, but we do," al-Saadoon said on Saudi Rotana Khalijiyya TV.
“Hold on. Who told you they don’t care about getting raped on the roadside?” asked the host, a woman who is not named in the transcript.
“It’s no big deal for them beyond the damage to their morale,” al-Saadoon replied. “In our case, however, the problem is of a social and religious nature.”
Two other guests on the show -- a man and a woman -- appeared to be in shock over his comments. Al-Saadoon said they were out of touch.
"They should listen to me and get used to what society thinks," al-Saadoon said.
Since the rape argument didn't seem to be convincing anyone, al-Saadoon tried another approach, claiming that women are treated "like queens" in Saudi Arabia because they are driven around by the men of the family and male chauffeurs. That led the host to ask if he wasn't afraid that women might be raped by their chauffeurs.
Al-Saadoon agreed.
"There is a solution, but the government officials and the clerics refuse to hear of it," he said. "The solution is to bring in female foreign chauffeurs to drive our wives."
That caused the female host to laugh and cover her face with her palm.
"Female foreign chauffeurs?" she said. "Seriously?"
Saudi women face serious penalties if they are caught driving, including lashing. Two women who defied the ban on driving last year, Loujain al-Hathloul and Maysa al-Amoudi, are being tried in a court that handles terror cases.
_________________________________________________________________

Well Lordy Lordy - check out this email I received.


Member ID: 1000000000038979788
November: Let's talk about digestion
Please excuse the somewhat personal nature of this email, but the information I am about to share is extremely important for both you and your digestive health.
You may not think that you're constipated, but in reality, it is very likely that you are.
You see, constipation is not simply "not being able to go," or only eliminating once a week...that's severe constipation. The truth is, a healthy digestive system should be eliminating after every meal.
Are you moving your bowels several times a day, once for every meal you eat? If not, you are suffering from constipation, which will cause a build up of toxins and undigested, rotten, putrid food in your digestive system.
This can make it much harder for you to lose fat while also wreaking havoc on your digestive system and overall health...really bad stuff. Just imagine all that rotted, disgusting food sitting there in your digestive system...yuck!
Simple things to promote healthy digestion:
Adopt an exercise routine
Eliminate processed meats
Eat a lot of vegetables
Consume friendly bacteria

The room went deathly quiet until one co-worker screamed
" O.M.G. - do you know what you just said " ?

Of course I did - the sickening moment it came out of my mouth.

Did I mention this happened at work?

I'm on a diet,  I go on a diet every May for the last 5 years - that may be the reason I'm leaving that last paragraph in - my mind is not in it's right state.
A chocolate bar probably could have stopped me.