Heart to Heart - a Giveaway !

I really do !
And with Valentine's day right around the corner
I've ordered this to show my appreciation

Hey it's not only for lovers, you know ! 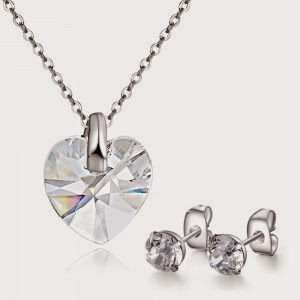 And what would a give away from me be without a little something Paris related?
So I also ordered this small ornament - ( one for me and one for one of you actually  ) 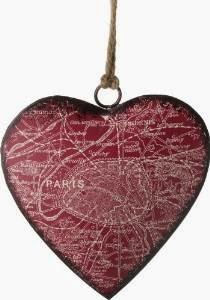 On a door knob? 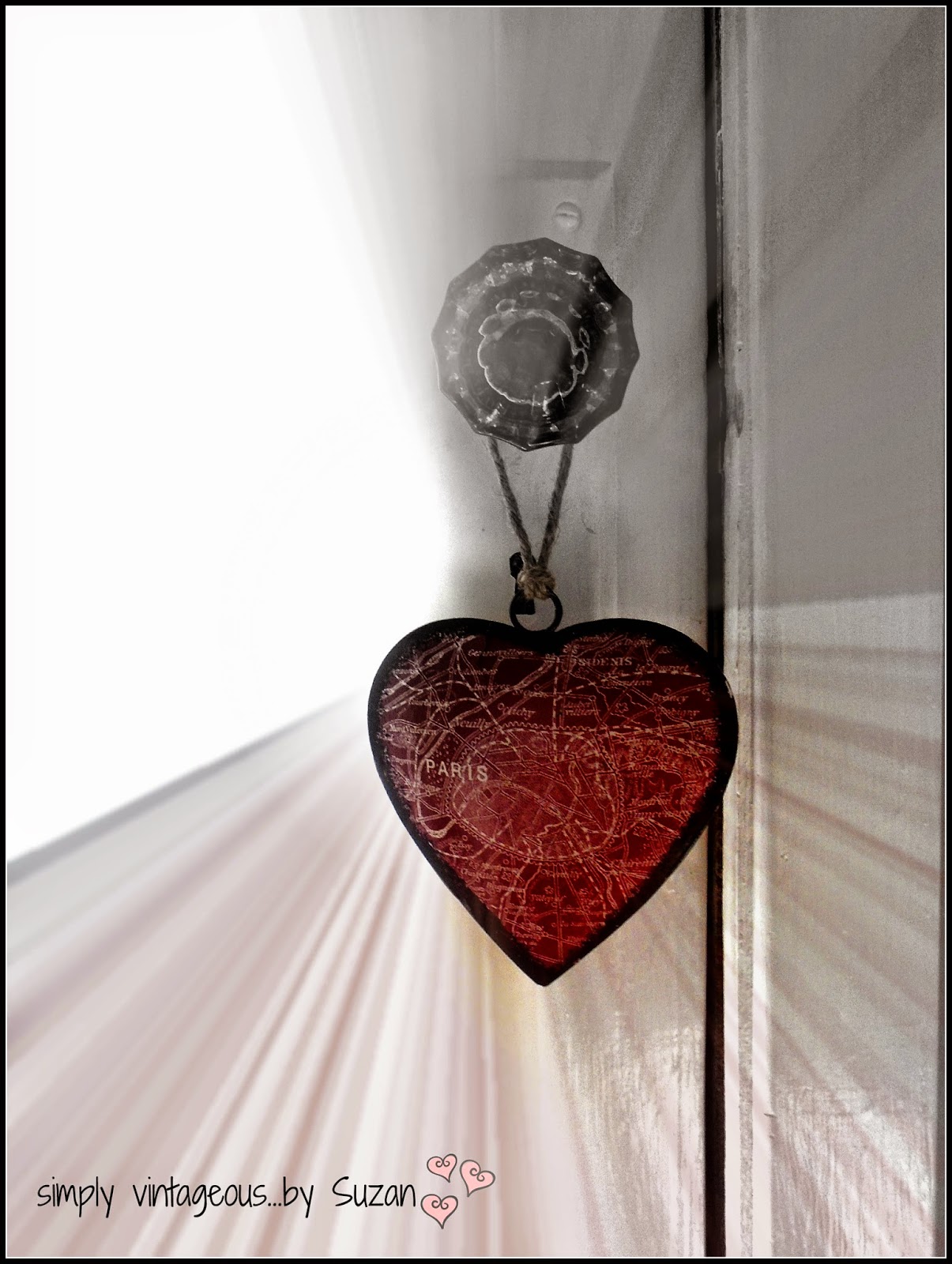 On the ladder in the living room? 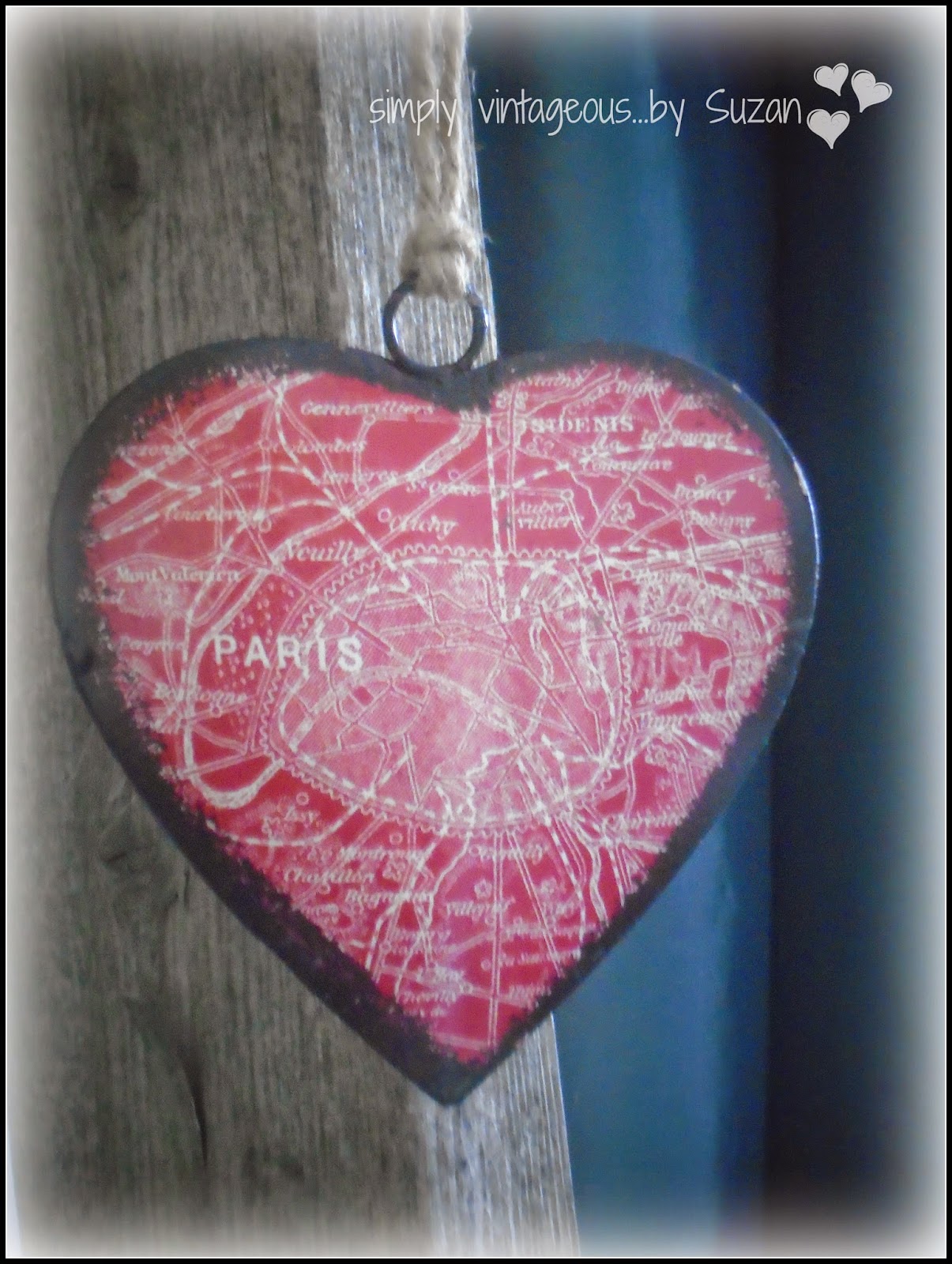 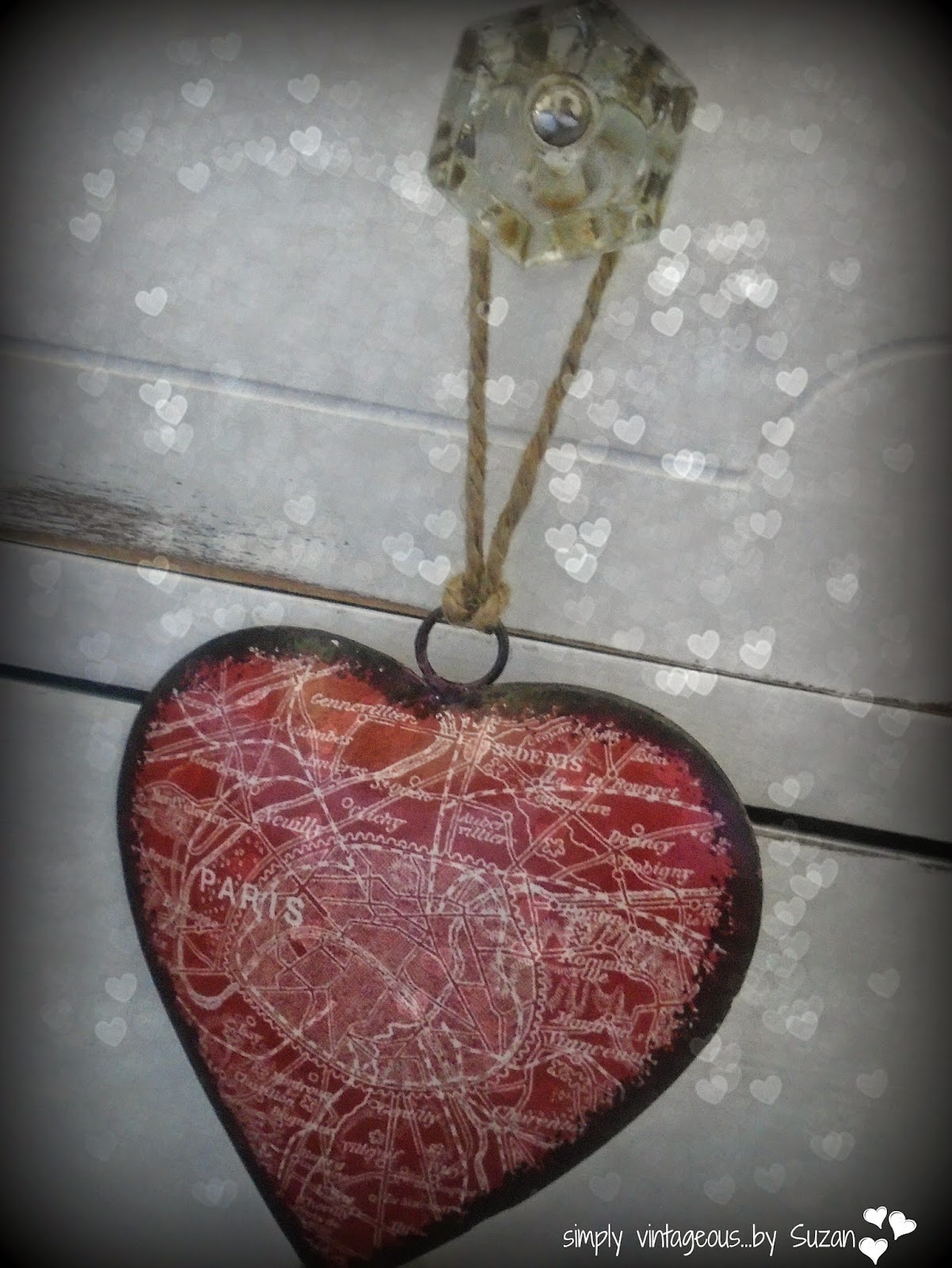 From the plate rack? 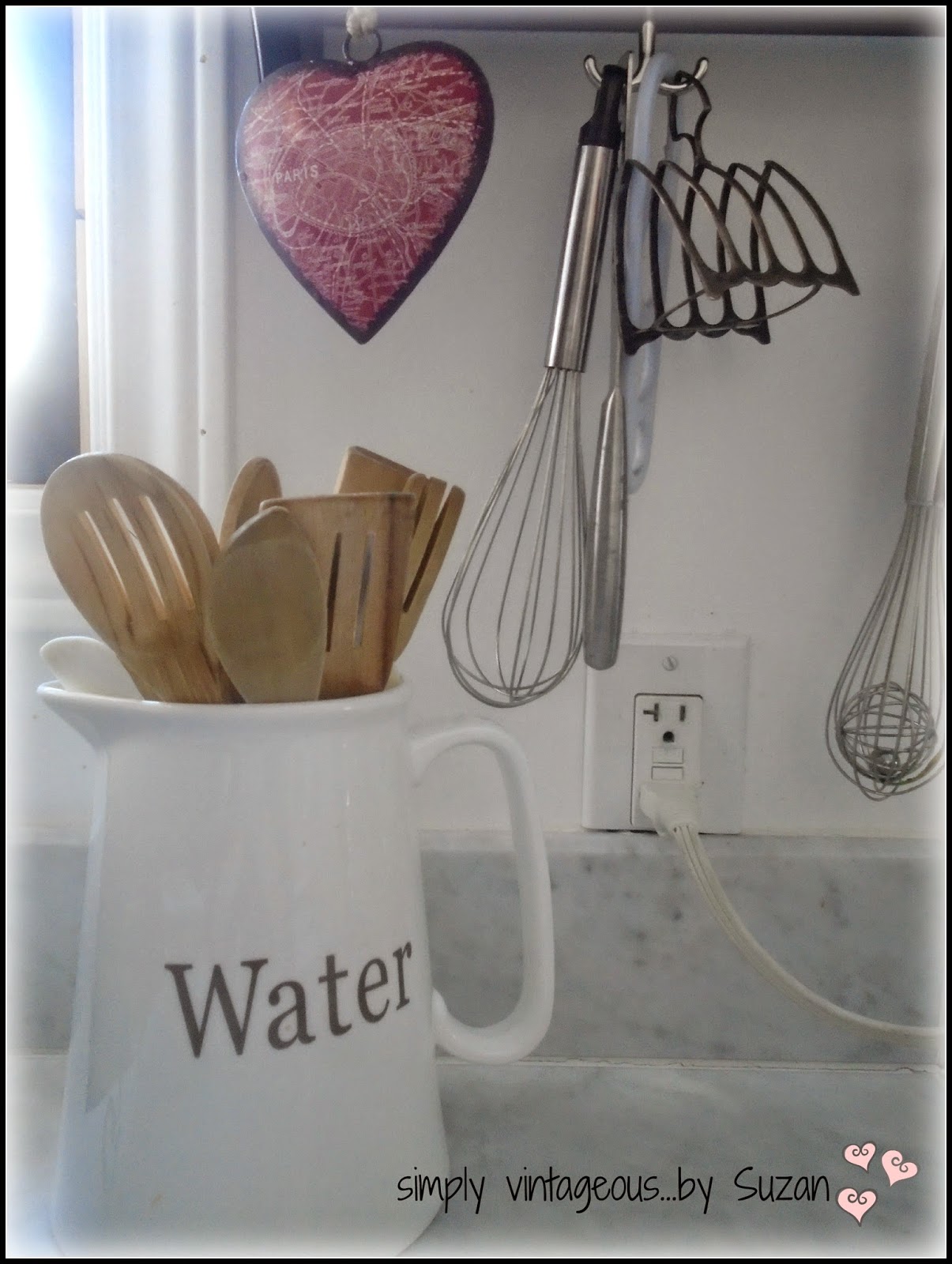 On the kitchen door that I used for storage? 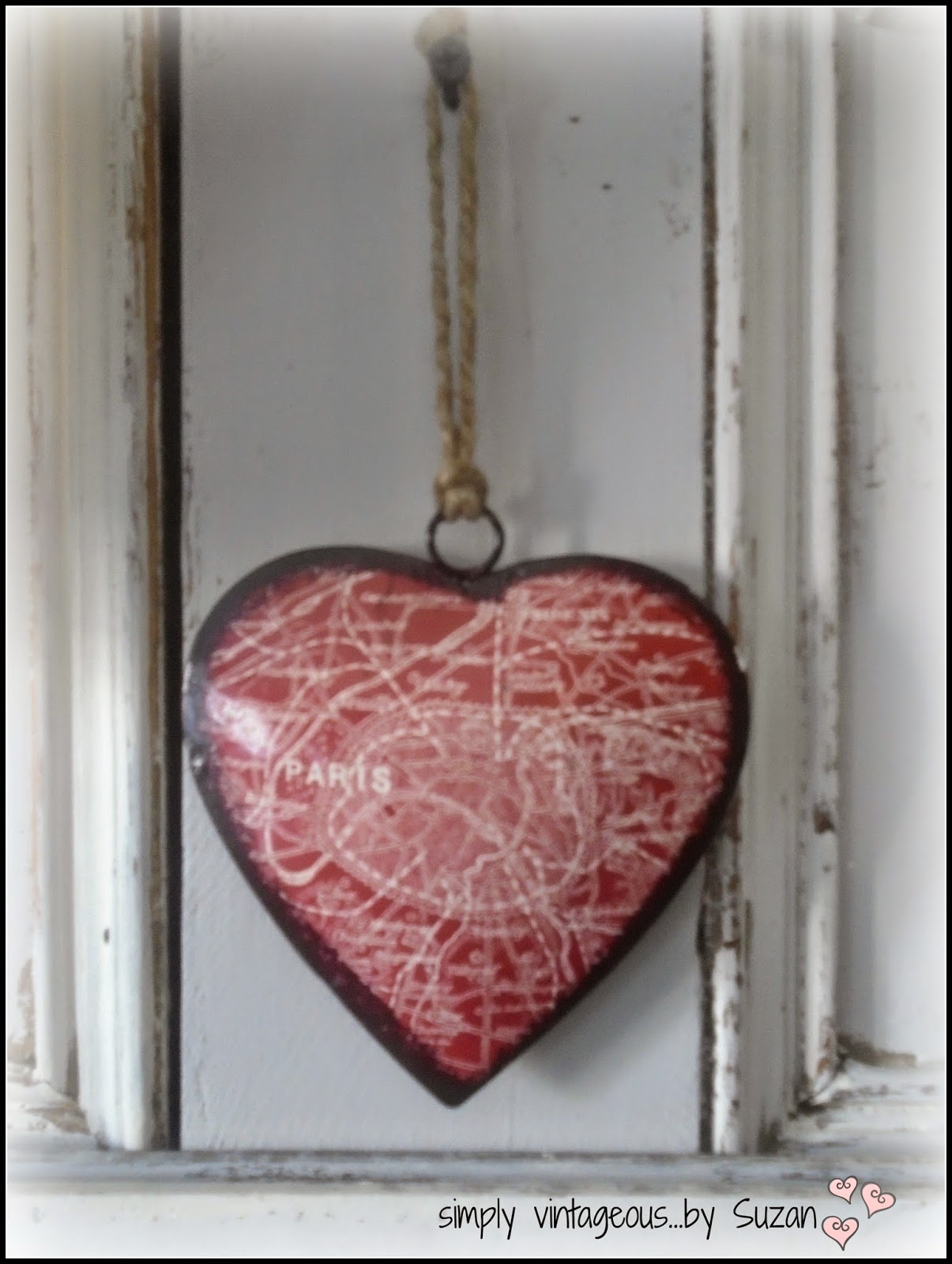 John says - What ARE you doing, running around with that heart?
Suzan says - Trying to decide where I like it best
John says - Just put it anywhere - you're not trying to solve world peace or anything
John says - No matter where it ends up - it'll only be for a day before you change it anyway

Just ignore him.
So the question is 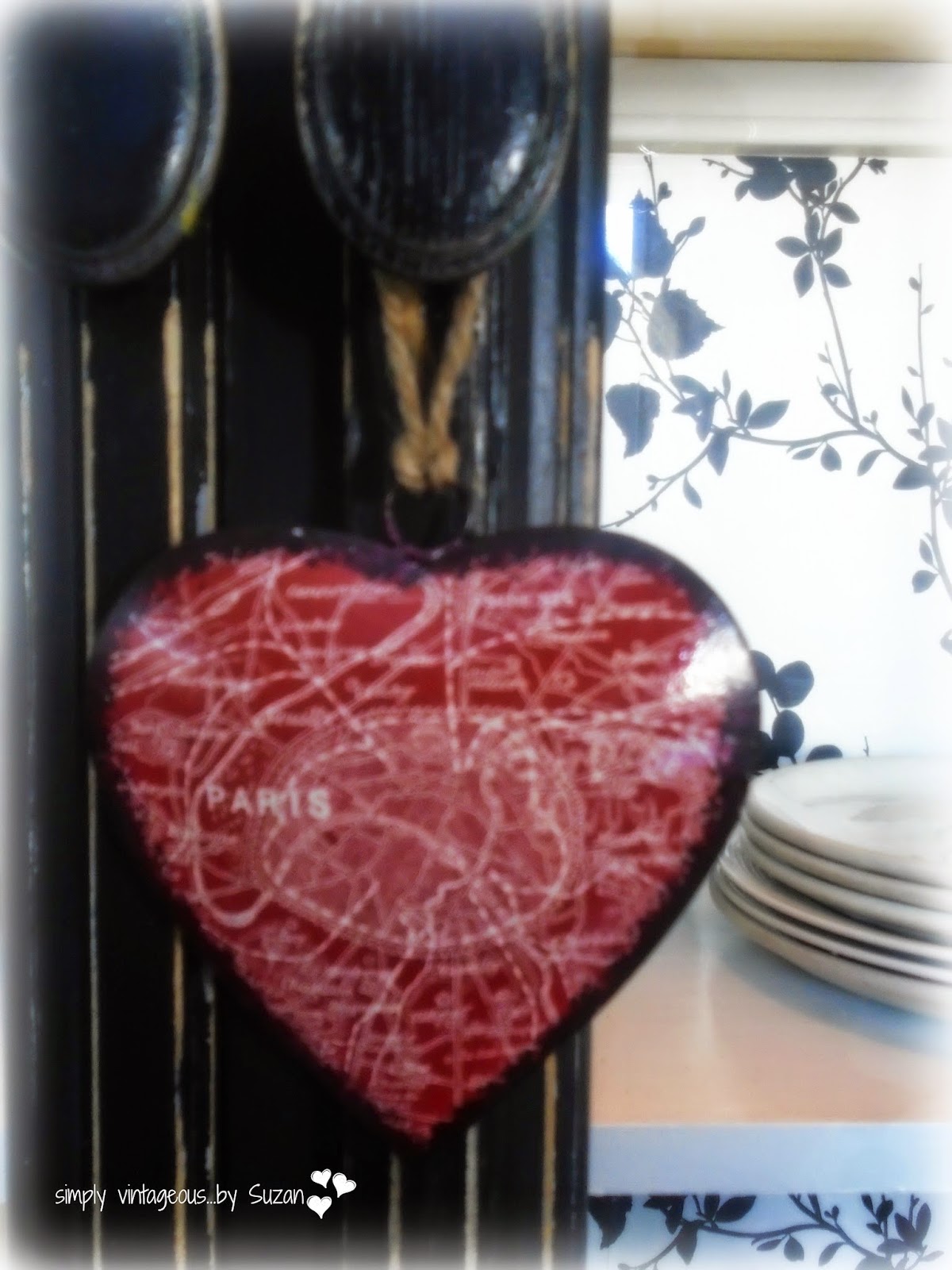 Where would YOU put it ?
The ornament I mean - since I'm assuming you'd put the necklace on your neck and the earrings on your ears ( if you have other plans for them I'd love to hear about that too lol )
Hey you could hang the necklace from a door - and the Paris Map Heart from your neck !!!

I really DO heart you all
Hugs,
Me
( and the Brit ) 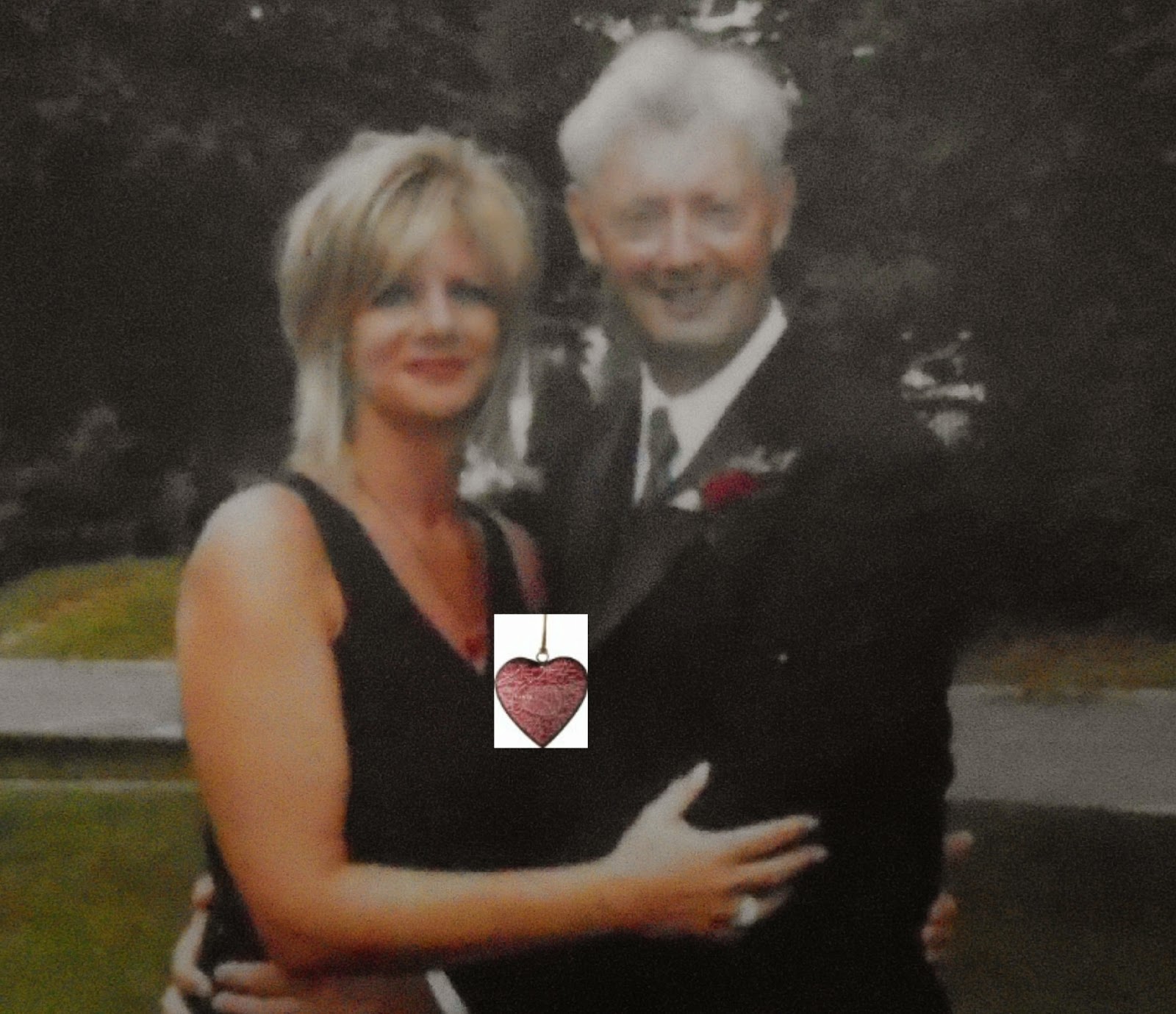 I'm forbidden to post pics of John - absolutely F.O.R.B.I.D.D.E.N. - but this is 6 years old and very blurry
( a pic taken of a pic) so a terrible one at that - it looks like John's missing a tooth but I promise he had all of them in this photo - unlike the time last summer when a cap broke off and we were meeting a fellow blogger for the first time LOL !!! )
Just me 'n my guy !  ( doesn't he look like a typical British school boy? )
I think I'm going back to that hair now that I see this pic - wish I could go back to a smooth wrinkle free face as easily !