How do you do?

I do fine thank you very much !

Where did that expression come from?  I remember when people said it all the time - today if someone asked me  " How do you do ? "  I'd look at them baffled and reply  " How do I do what? "

Still... my youth was such a polite era to grow up in. ( even if it was on the cusp of flying out the window ) 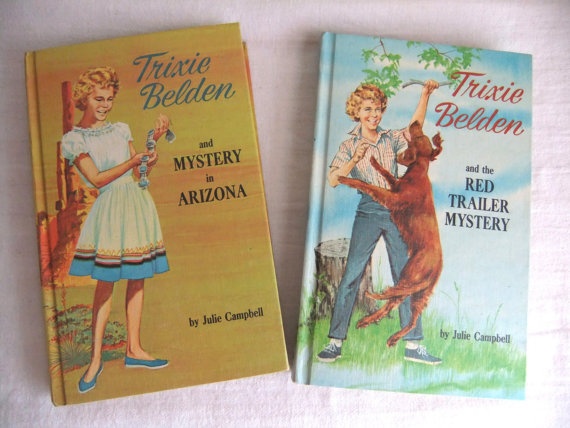 Does anyone else remember Rabbit Rabbit ?
It brought luck if it was the first thing you said on the 1st of the month and I learned it from Trixie ! Did it for years and years.
( who am I kidding - nothing feels quite right if I don't do it......still to this day )
I did it on Tuesday actually so don't be too surprised if I win the lottery or something !

Many many nights were spent in terror reading those books with a flashlight under the blanket.
But I had no idea that THIS existed

Oh my gosh - did anyone else ever see this game or own it?
That would have been on a few Christmas lists back in the day I'll tell ya !  I was so freaking concerned with ' DON'T SPILL THE BEANS ' and ' KERPLUNK '  and ' CLUE '  that I never realized this game even existed.

From the NANCY DREW SLEUTH SITE

The game boards ranged from blue to red for the 1957 version, blue for the 1959 US version and red, green, and black for the 1959 Canadian version. On the back of the board was a sticker that featured the art on the box lid. If you find an old ratty game missing some of its parts, consider framing the game board to hang with your collection.


Locations on the game board were from the mystery stories:
The Haunted Bridge, The Ghost of Blackwood Hall, The Mystery of the Tolling Bell, The Secret of Red Gate Farm, The Mystery of the Hollow Oak, The Mystery at the Moss-Covered Mansion, The Sign of the Twisted Candles, and The Secret in the Old Attic. Also featured on the board is the Drew Home and Moon Lake, the lake Nancy visited in The Secret of the Old Clock. The "bad" place to end up on the board is the Spider Web, perhaps inspired by Old Attic. One thing not in the books that is on the board and seems somewhat odd is that at the Haunted Bridge location, there is a witch holding a broom--obviously not from this book!
There were action oriented spaces on the game boards which allowed players to place markers on spaces, go to Moon Lake Bridge, remove an opponent's marker, remove your own markers, and go to the Spider Web.

I miss Gilligan and Batman
The girls from Petticoat Junction
Jeannie
Samantha and Endora and even Mrs. Kravitz
All of the Munsters ( but mostly Herman )

I cut my teeth on The Edge of Night - The Secret Storm and of course Another World ( which I watched well into the late 70's  - remember Steve and Rachel ? )

And reruns of I Love Lucy and the Honeymooners were on every day.

When you're from my era and you try to watch t.v. in this era you're doomed - really you're just flat out doomed.
I was raised at a time when T.V. was it's finest ( in my humble opinion ) and have lived to see it slide down every decade until we are now what I believe to be the worst.

And speaking of SCHITT - there's a show out right now that has me peeing my pants
it's absolutely HYSTERICAL.
Well the peeing my pants thing? That has a lot to do with menopause I'm sure - but still.............

It's a Canadian show starring EUGENE LEVY and CATHERINE O'HARA and it's called
SCHITT'S CREEK
Now first of all you have to know that for me to recommend a t.v. show it really has to be a great one.
I'm so critical of t.v. of it all.
Secondly it's a very rare thing for me to recommend a Canadian show - we're a great Country - filled with great people and crap t.v.   Sorry fellow Canadians ( we also apologize for everything ) it's just the way it is.
But Schitt's Creek?
It's pure comedic brilliance.
I'm hoping you can watch it from the link HERE - but if you can't - google it to find out how.
I know it's on netflix but maybe that's only Canada - anyway move here if you have to - it's worth it !

Have a wonderful weekend everyone
Much love,
Me