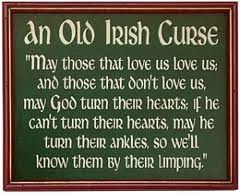 Sometimes my ankles do hurt, wow I never put 2 and 2 together

Then there's Voo Doo - a Haitian belief - I live in Montreal and there's a large Haitian community here because we are a french speaking province - did I piss a Haitian off recently? 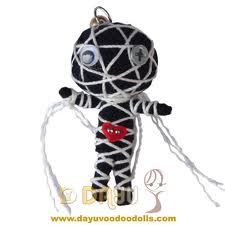 Sometimes I get sharp jabbing pains in odd places on my body - OMG - is someone jabbing pins in a makeshift Simply Vintageous Suzy Q body? 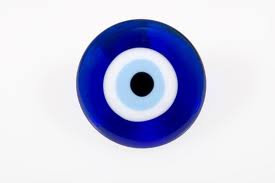 Does anyone know how to reverse any of the above, lol

I don't think it's the Irish Curse - too old now already
The voodoo doll is probably far fetched because I have not offended a Haitian ( to my knowledge )
But the evil eye?
That woman was a bitch - yeah - think I'm going with that!
How long do these curses last, lol???????

I can live with the sharp jabbing pains from time to time
I can live with sore ankles
BUT I NEED TO SELL MY FURNITURE - I'M RUNNING OUT OF SPACE HERE!!!