Lindsay came by last night with a bag of diapers - some ribbon and 4 receiving blankets.
She's in charge of making her sister-in-law's diaper cake ( centerpiece ) for her soon to be shower and so I did what I do best - completely took over.
I know everyone has seen one of these and I'm betting most of you have made one 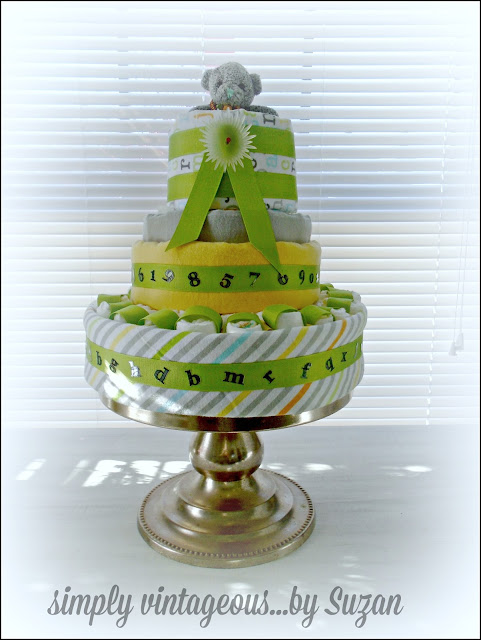 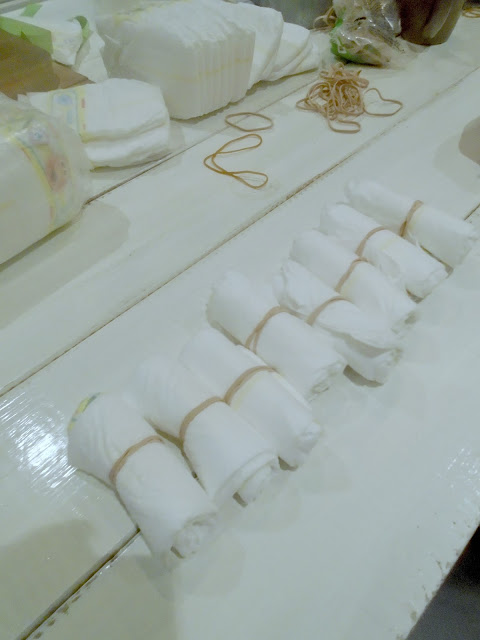 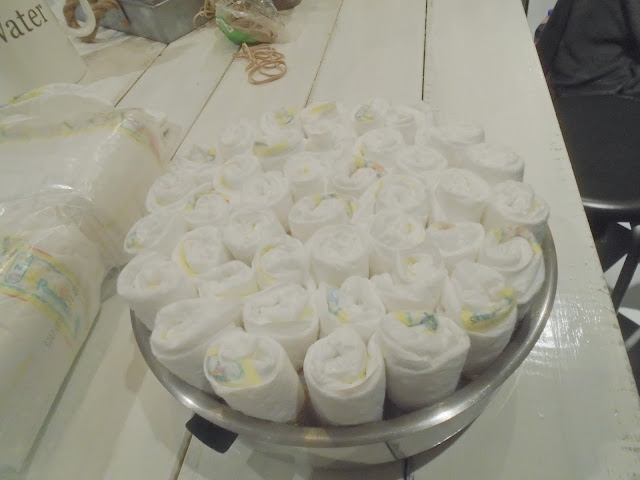 place an elastic around the layer while still in the pan so that it retains its shape while removing it.
( the elastic will later be removed and replaced with ribbon or blankets ) and your first layer is done! 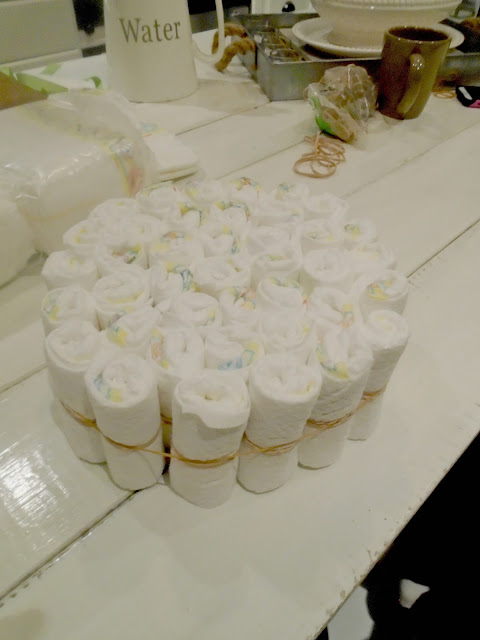 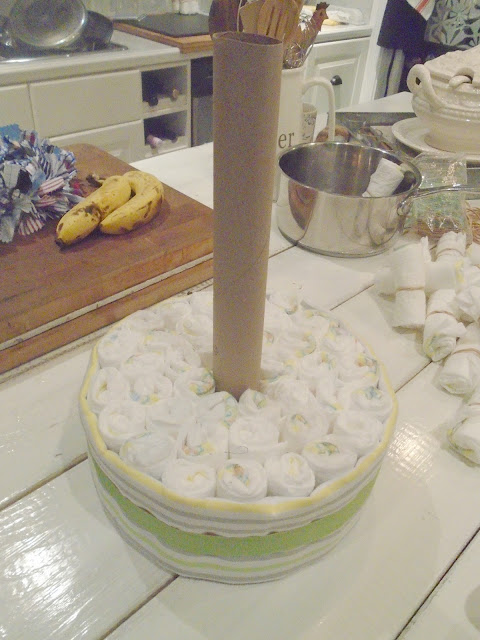 continue rolling diapers and placing them on top of the bottom layer until you have as many tiers as you want three seems to be the perfect size - and what a full pack of diapers allows for.

and then the decorating starts !
we chose to go with a " fondant " icing - using up the 4 receiving blankets Lindsay had bought - by folding them and wrapping them around the diapers - and securing it with straight pins - ribbon was then wrapped around that.
For the second tier I have two blankets folded into different widths 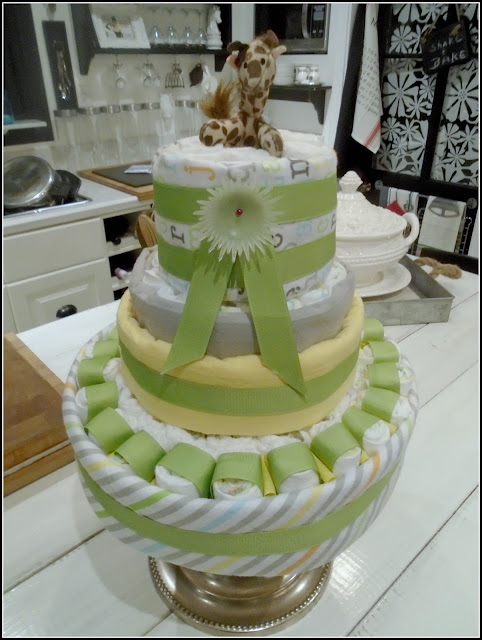 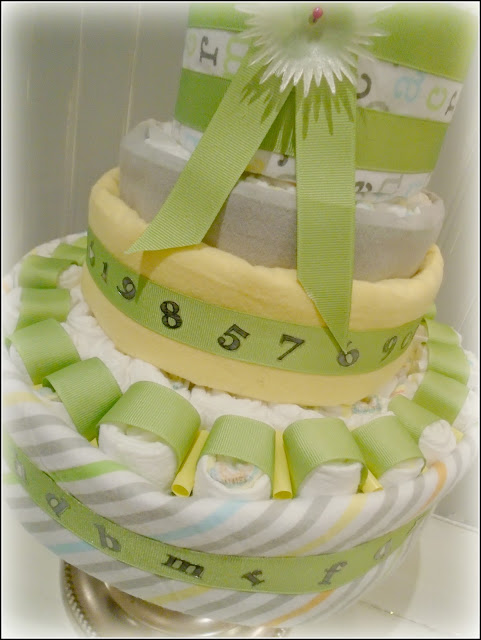 I found some tiny stickers in my supplies - letters and numbers and stuck them on the ribbons but I'm still awaiting my daughters approval on that step - she kind of put a kibosh on my first design - which included flowers - Hey what do I know - I'm just the baker ! 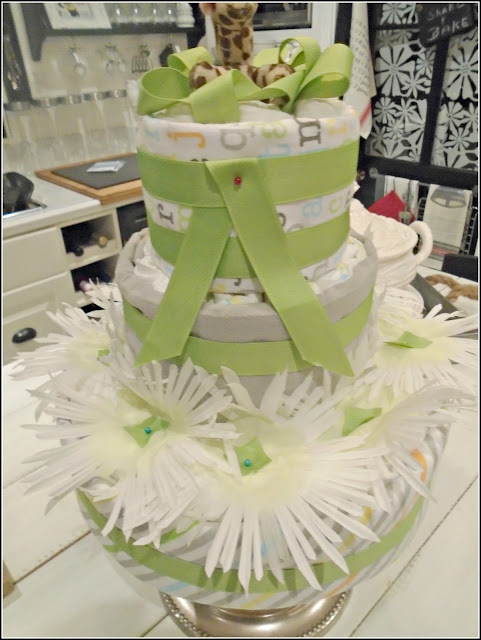 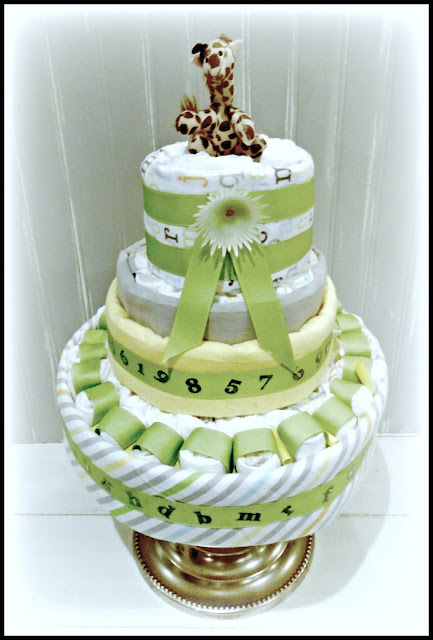 John says it looks good enough to be on Cake Boss 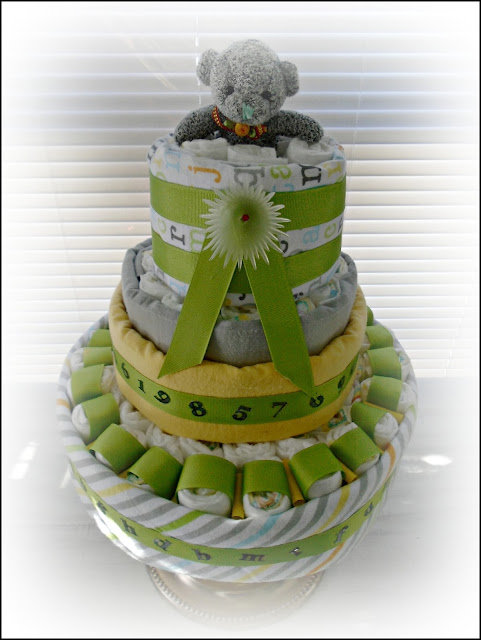 It's such a pretty way to present a gift - in my day we wrapped up a box of diapers and tossed it at the Mother to be LOL
whoever first came up with this idea ( John thinks it was me - I'm not going to disillusion him ) was a genius!
Level of difficulty?
PIECE OF CAKE ( couldn't resist - absolutely could not resist )

Have a wonderful day everyone
This is the first day in a week I'm not walking around doubled over - my back is on the mend - Oh Happy Day !!!