Josh Smith Discusses His Upcoming Struggle To Survive On $6.9 Million

Justin BlockSports Editorial Fellow, The Huffington Post
Somehow, some way, Josh Smith and his family will have to figure out how to survive on just $6.9 million during the upcoming NBA season.
During a Los Angeles Clippers news conference on Tuesday to introduce the newly signed forward Josh Smith, the former NBA All-Star discussed the challenges he'll face as a result.
"At the end of the day, you know, I do have a family," he told reporters. "So it is going to be a little harder on me this year. But I'm going to push through it, you know?"
Smith -- who has earned over $97 million from NBA contracts in his 11-year career, according to Spotrac -- signed a one-year deal with the Clippers earlier this month for the veteran's minimum of $1.5 million. His former team, the Detroit Pistons, will also be paying him $5.4 million to not play for them. (Smith was released last December by the Pistons after signing a four-year, $54 million contract in July 2013.)
That adds up to just $6.9 million next season -- a far cry from the over $13 million he was making just two years ago. We weep for you, Josh Smith.
In all seriousness, Smith seems to be paying homage to former NBA star Latrell Sprewell by focusing on his family's impending financial struggles. Remember when Sprewell deemed the Minnesota Timberwolves' three-year, $30 million contract offer as "insulting"?
"I'm at risk. I have a lot of risk here. I got my family to feed," Sprewell told the Free Republic in 2004. And so does Smith. But another thing that he's going to "push through" this year? The $100 million mark for total NBA earnings.
_________________________________________________________________

The Ants?
They're completely taking over - you lay on a float in the pool and they're all over the float
We appear to have an infestation.

I can't sit outside after the sun goes down without coming in the house with more lumps than I had as a child with Chicken Pox - damned mosquitoes -
We appear to have an infestation.

I also walk into spider webs every morning when I step outside - thrashing around and jumping up and down trying to remove them -
We appear to have an infestation.

I watch as a swarm of wasps fly outside the office window - I've taped up every crack I can find because
We appear to have an infestation.

This summer our section of the city decided to cut back garbage pickup to ONCE every 2 weeks -
are they insane?
In temps that hit in the 30's ( or close to 100 for you Americans ) they decide to let garbage rot outside our homes for 14 days?
So of course the flys are in rotting flesh heaven.
( It's enough to make you go vegan - seriously )
We appear to have an infestation.

The groundhog doesn't appear to mind at all..............neither do the skunks - although I've noticed the infestation of squirrels seem to be scratching more these days.

And now?
Well now we stepped outside yesterday to find 5 holes in our front garden - what made them we have no idea

I'm anti gun - but lately I fantasize about sitting outside on the back stoop with a rifle and just blasting everything to smithereens.
And I'm serious.

An ant was crawling up my leg and I killed it

Ah well - such is life.
I have no respect for the life of a bug.

My Son was over this for supper and swimming - and we had a contest.
He told me to jump with my legs directly out in front of me ( like you're sitting on a chair with an ottoman is the only way I can explain it )
Sure !
No Problem !!!
Sounds super easy !
Let's go.............

OMG - the skin on my thighs just came off my body !!!!!!!!
I frantically grabbed them to make sure they were intact.

I whacked my Son with a towel and

And then I sat down - depressed like hell that I was actually too old to do something like that in the water.

Gordie says - Maybe it's because your skin has gotten looser ?

He got another whack of the towel for that one.

Oh and trying my best to work on this 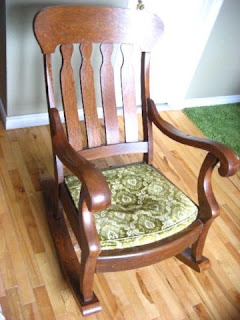 You all have the most wonderful of weekends - I think maybe the humidity has " broke " here - I can feel a slight breeze as I type - exciting stuff !