Her Crowning Glory ( and another one arrived )

I finally finished the mirror that goes with the princess 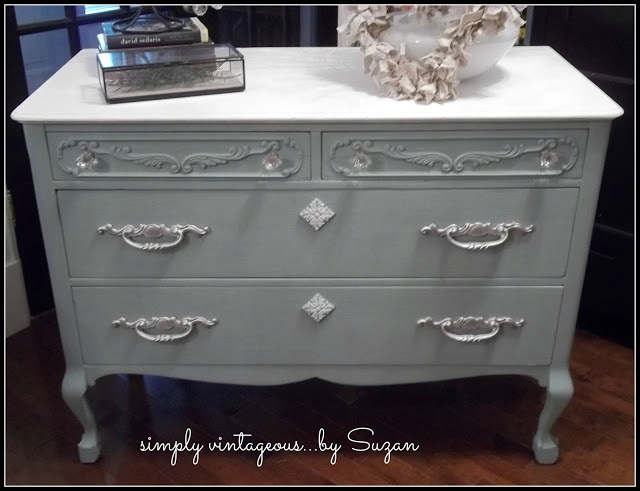 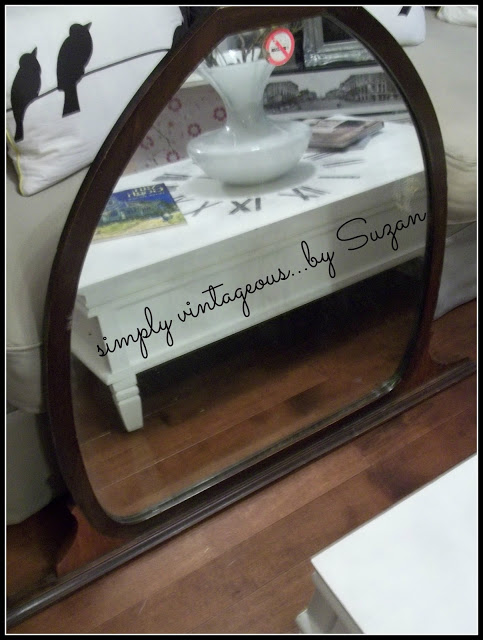 Suzan says - John where's that shield shaped mirror
John says - Aw come on - you're not going to stick that on top of this dresser?
John says - You'll ruin it
John says - I don't know why you bought it - it looks like a horses A$$
Suzan says - can you bring it upstairs please? 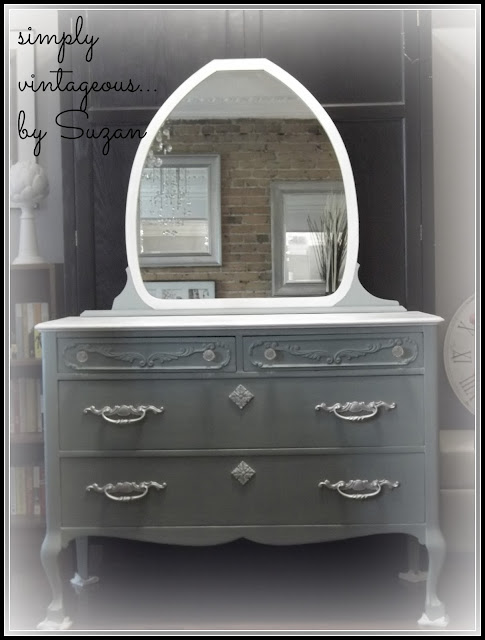 Now those of you with eyes that actually work - will notice the 2 sides are not the same on the bottom part of my mirror -
Being someone who's eyes DO NOT work - I never noticed it - even as I painted it - I never noticed it until the next day actually -
How is that possible, you ask?
I don't have a clue - but it's a little scary, don't you think? 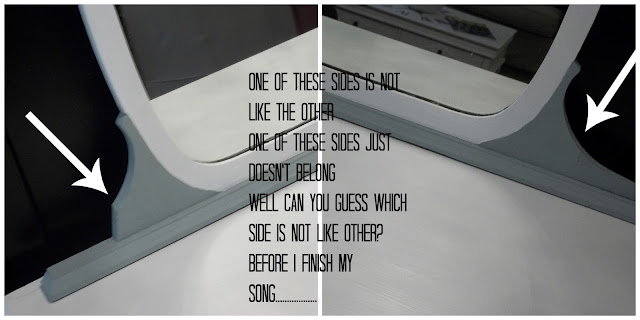 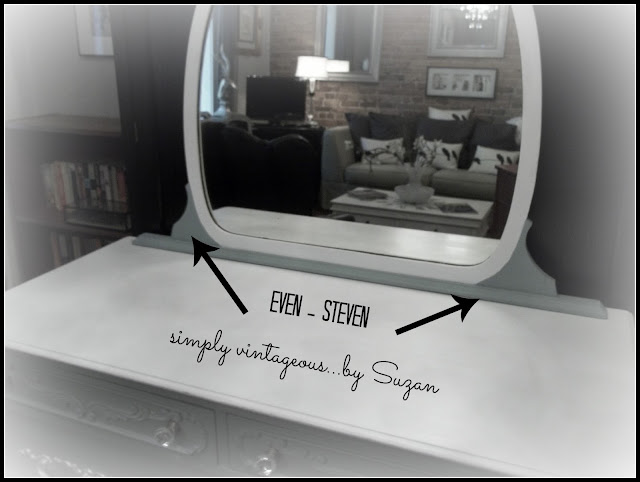 ahhh that's better - now what do you think - I personally think it looks like a crown
and not what John thinks at all - who's on my side on this one? 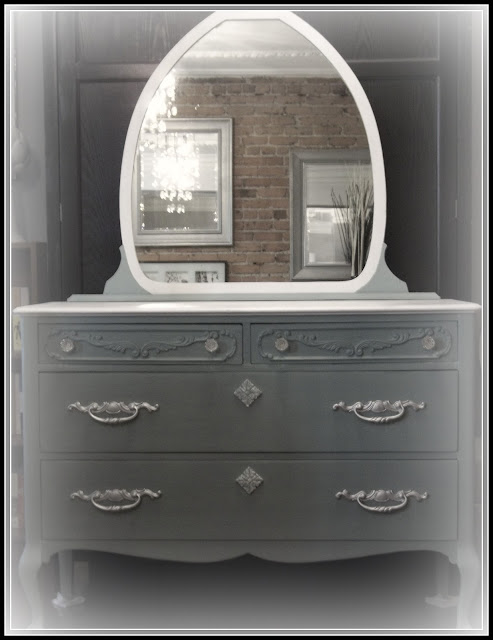 and we picked up this pretty little thing 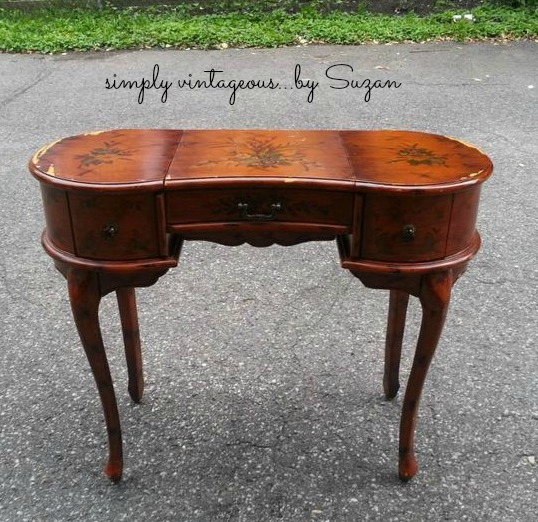 Have a great Thursday - one and all!
Much love,