I Wanna live there Wednesday # 47

As I was getting ready to write up this post - I was overcome with sadness.
The realization is hitting home that for the first time in my life I won't be living in the heart of the city with my next move..............finances just won't allow us to buy the size we need in this area.
We've been on a real roller coaster ride in the last 5 years - life changed suddenly with the downfall of the economy - we had to sell our last home to survive really - and when we were lucky enough to find this one we sighed a breath of relief and thought - as small as it is - at least we're still in the city.....( which to be honest with you was MY criteria - not necessarily John's )
That was before I decided to paint and restore furniture and sadly this place just can't accommodate it.
I'm up and down about all of it - some days very excited to get into a new space - some days overridden with anxiety about the unknown and other days thinking just stop doing the furniture for crying out loud but I can't stop now - I'm in love with every aspect about this furniture thing - the hunt - the transformations - the smiles on people's faces when they pick them up - the extra bit of income - all of it.
So a move is imminent....,,,,

We haven't even listed the house yet - and I'm all over the internet checking what's out there -
We sold our last home in 8 hours - a duplex in a very sought after neighbourhood and found this the next day - so everything was very quick -
The neighbourhood we're in now is a very pricey one and I've noticed they take a lot longer to sell -
The realtor has appraised it at almost 500,000 - ( we only have 2 bedrooms - and I wouldn't even call one of them a bedroom - it's so tiny - that it's really an office ) and ONE bathroom so fingers are crossed that we're the exception to the rule once again...............but I'm 54 and come from a time when half a million would buy you a mansion - so can't imagine this going for that amount.  At. ALL.
Those of you that follow know that I'm certainly undecided about what I want exactly - except that it not be a new build -
All this to let you know that this week's home is one that I have fallen in love with - ( again ) it's only 15 minutes out of the city - off the river ( St. Lawrence ) and needs a lot of TLC - A LOT - but let me know what you think of it !!!
It looks like a little English Cottage, doesn't it - I can see roses climbing everywhere in my mind ;)
You'll have to use your imagination for this week's I.W.L.T.W  !!!!!!!!! 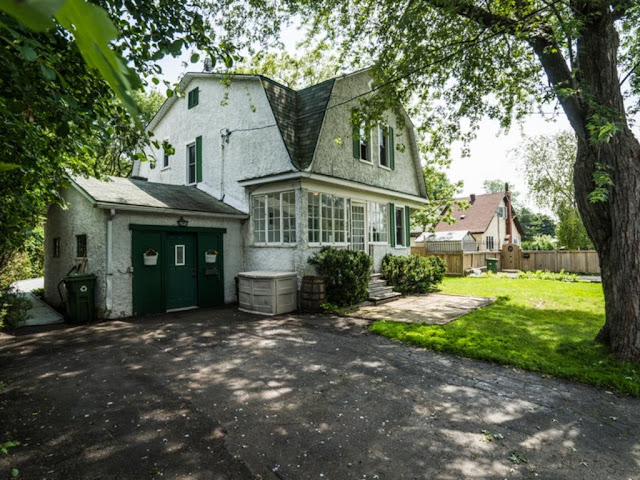 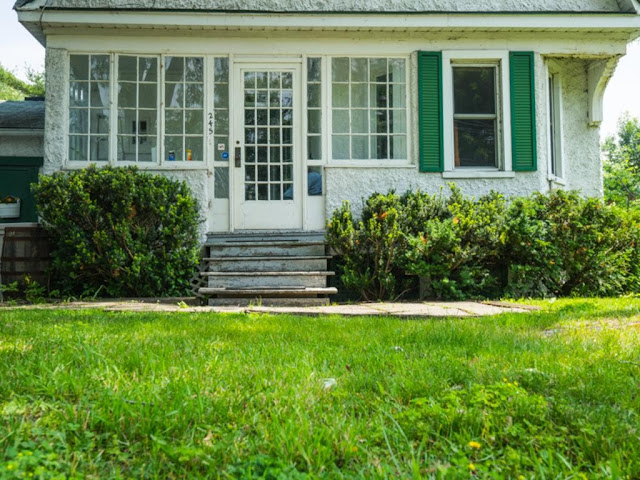 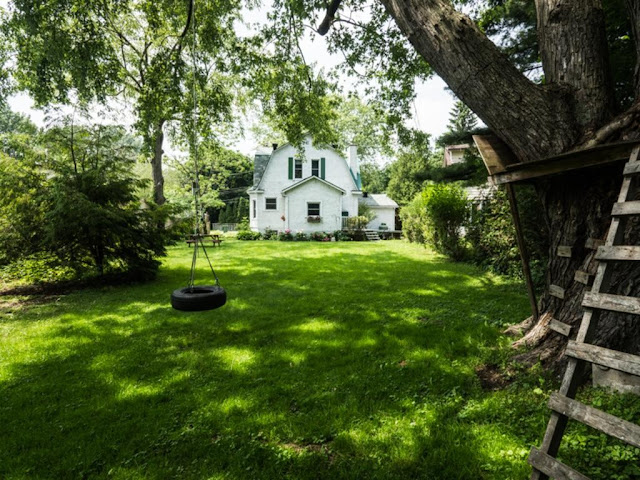 DARK FLOORS - LIGHT GREY'S AND CREAM'S ON THE WALLS 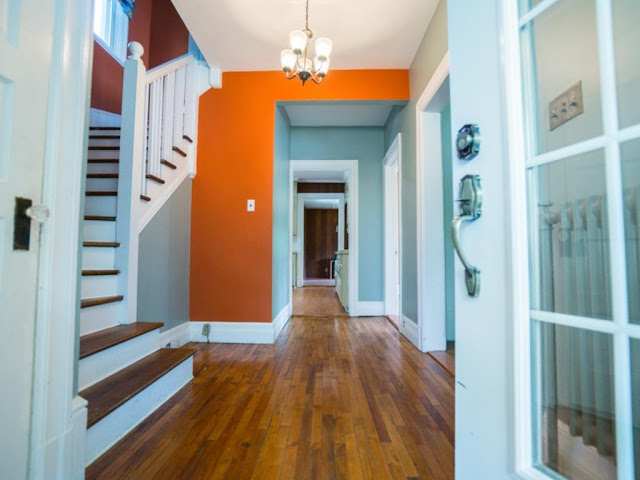 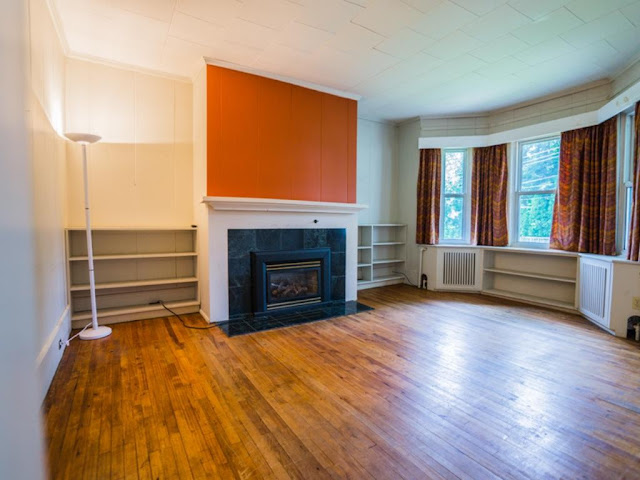 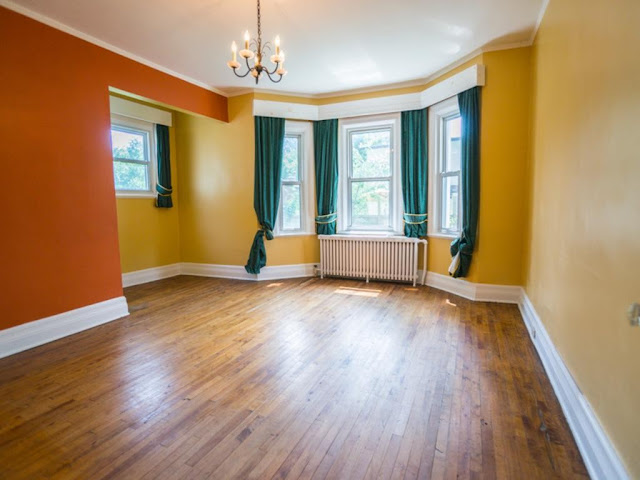 THE KITCHEN NEEDS WORK - BUT I'M UP TO THAT 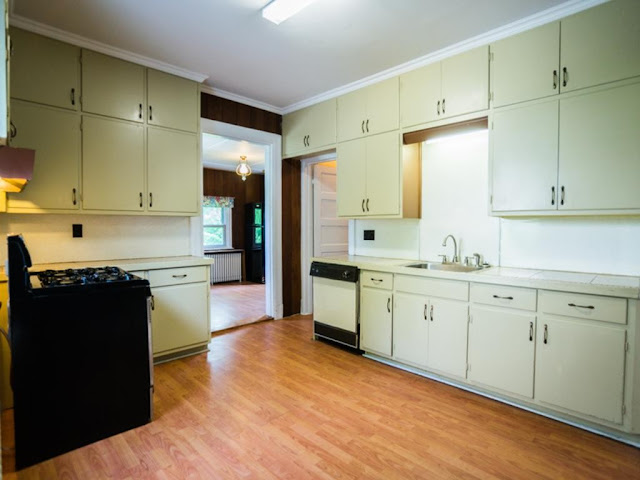 THIS ROOM IS OFF THE KITCHEN  -  IT WOULD BE LOVELY OPENED UP - THE PANELS PAINTED WHITE WITH PATIO DOORS LEADING TO THE BACK YARD DON'T YOU THINK? 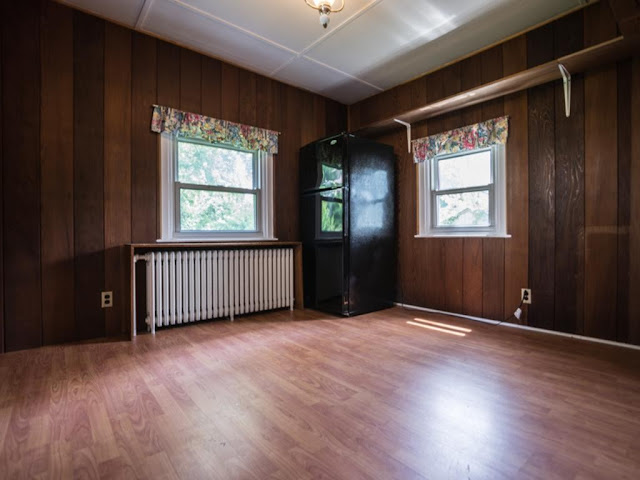 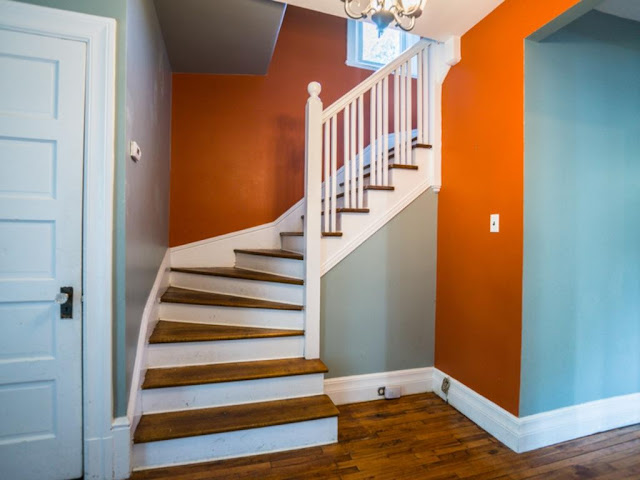 LOVE THAT THERE'S A LARGE WINDOW ON THE LANDING 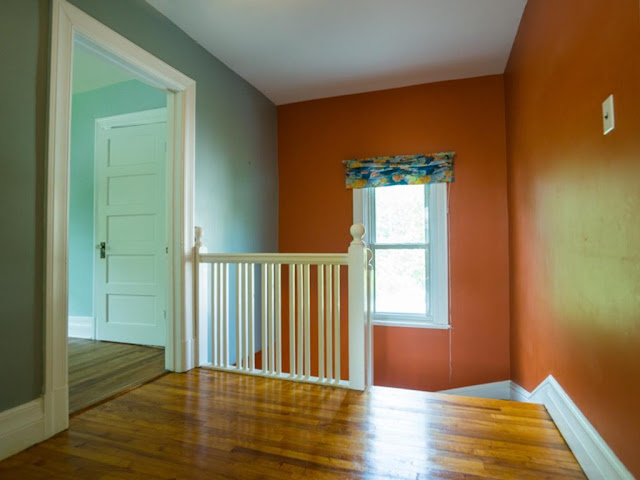 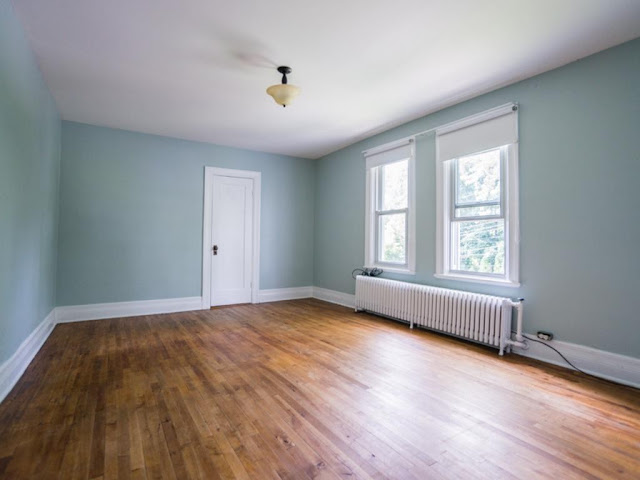 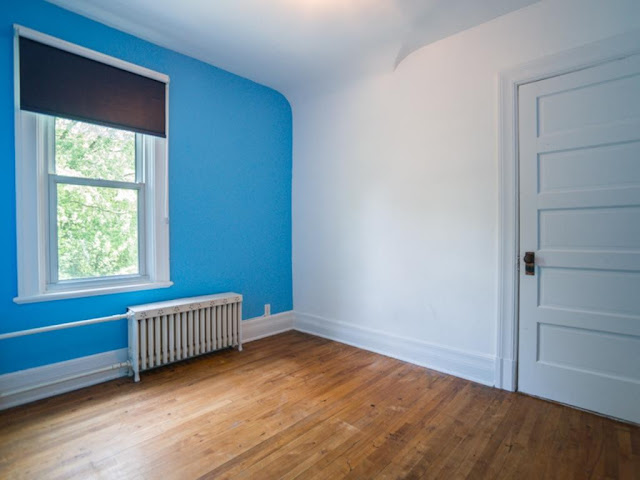 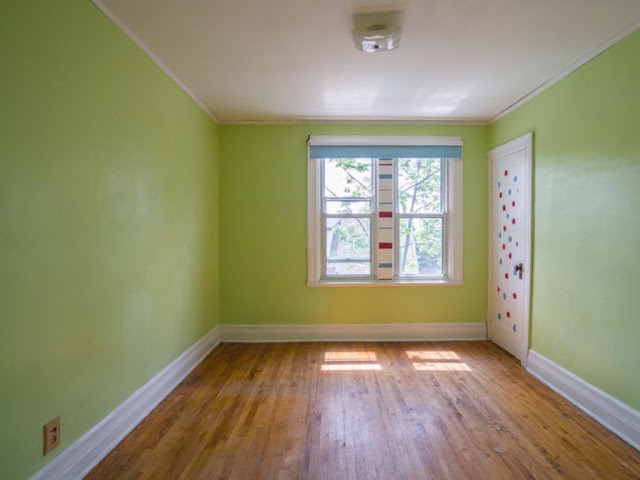 BUT THIS NEXT PHOTO???
IT DOESN'T GET MUCH BETTER THAN THIS FOR ME -
A CONVERTED GARAGE - WHERE I COULD DO MY FURNITURE 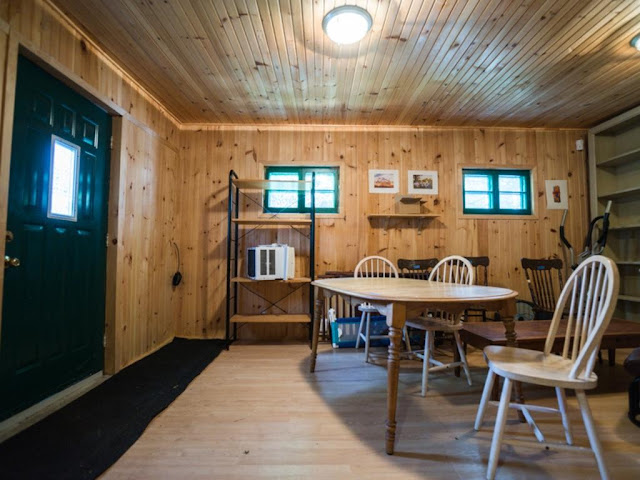 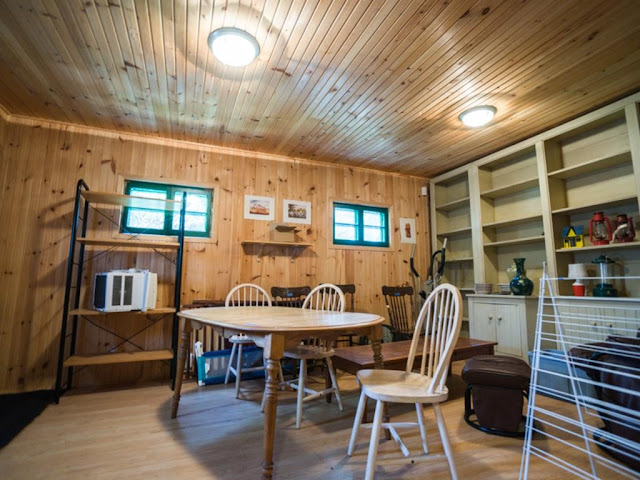 YEAH - I WOULD SAY I MOST DEFINITELY WANNA LIVE THERE........HAVE TO GET MY BUTT IN GEAR TO SELL THIS ONE NOW.
WISH ME LUCK.
SEND POSITIVE THOUGHTS MY WAY.
PUHLEASE!!!!!!!!

HAVE A GREAT WEDNESDAY ALL.
MUCH LOVE,