That's what my furniture says to me -

I can never get enough of a girl like you ♪♫
Paint me, like you just did, oh baby  ♪♪
Do that to me once again   ♪♫♪

I don't usually post on the weekends and here I am posting on both days - there's just so much going on with that little guest room !

Last week I asked if I should keep the armoire in the little room - or a dresser - most of you voted for the armoire - so I decided to go with the dresser LMHO - but I did give it a quick makeover anyway - and I do mean quick - as in 20 minutes or so.
Paris Grey - the white was already on it ( when it was duck egg blue ) 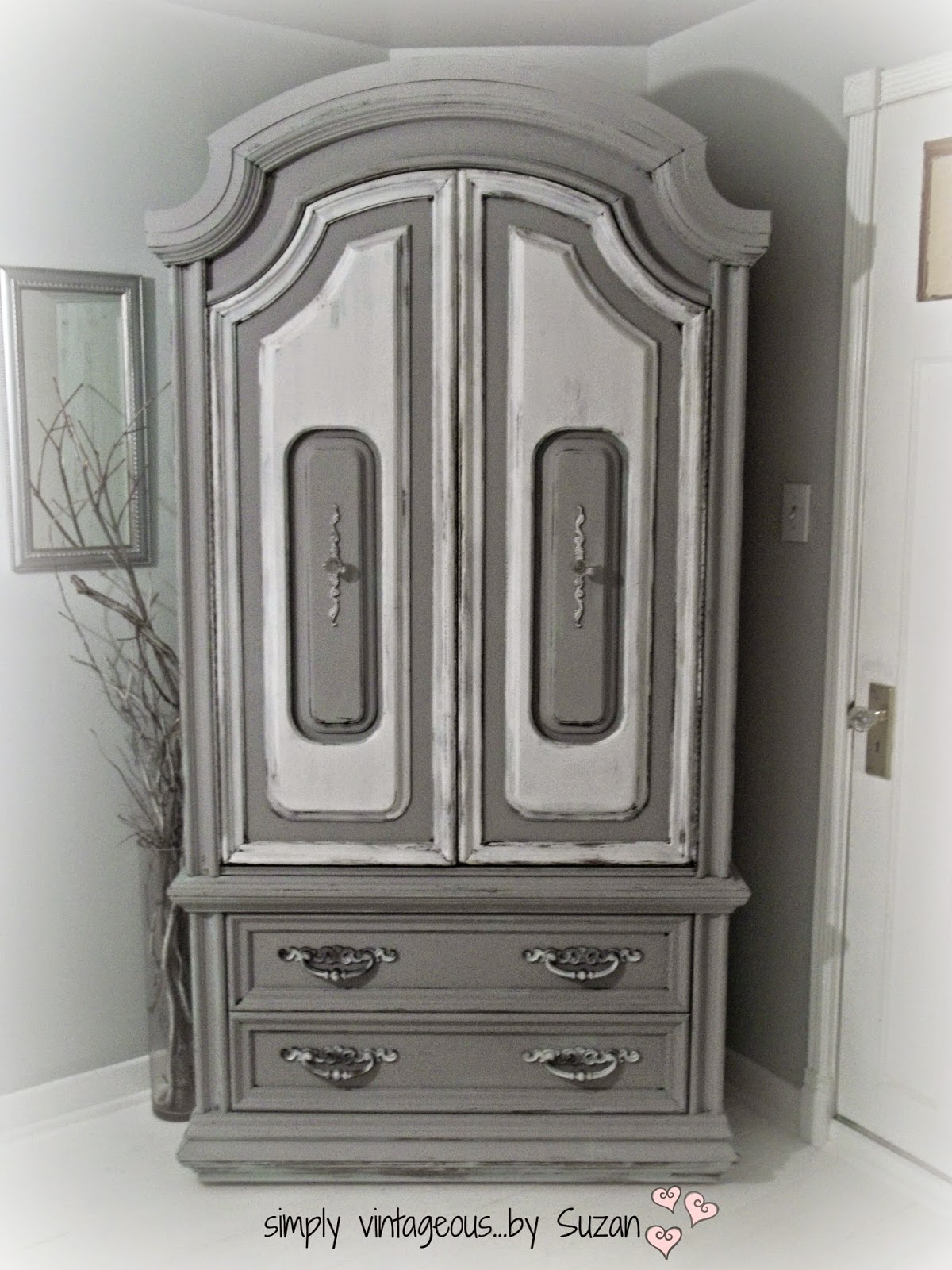 This thing is heavy - as in if this thing fell back it would have killed me instantly.  With just my legs sticking out like the wicked witch that I am..................
So heavy that I should have worn depends when we lifted the top piece off to move the bottom piece ( too much information I know )
So heavy - as in I may have popped a blood vessel or two and I can lift heavy things believe me.

My Son dropped in for a visit and I asked if he could help John take the top piece off ( again ) because it wasn't level
He did it himself !!!
Oh my God - I don't know how he did it

But I digress - you didn't come by to hear about my bladder after all. 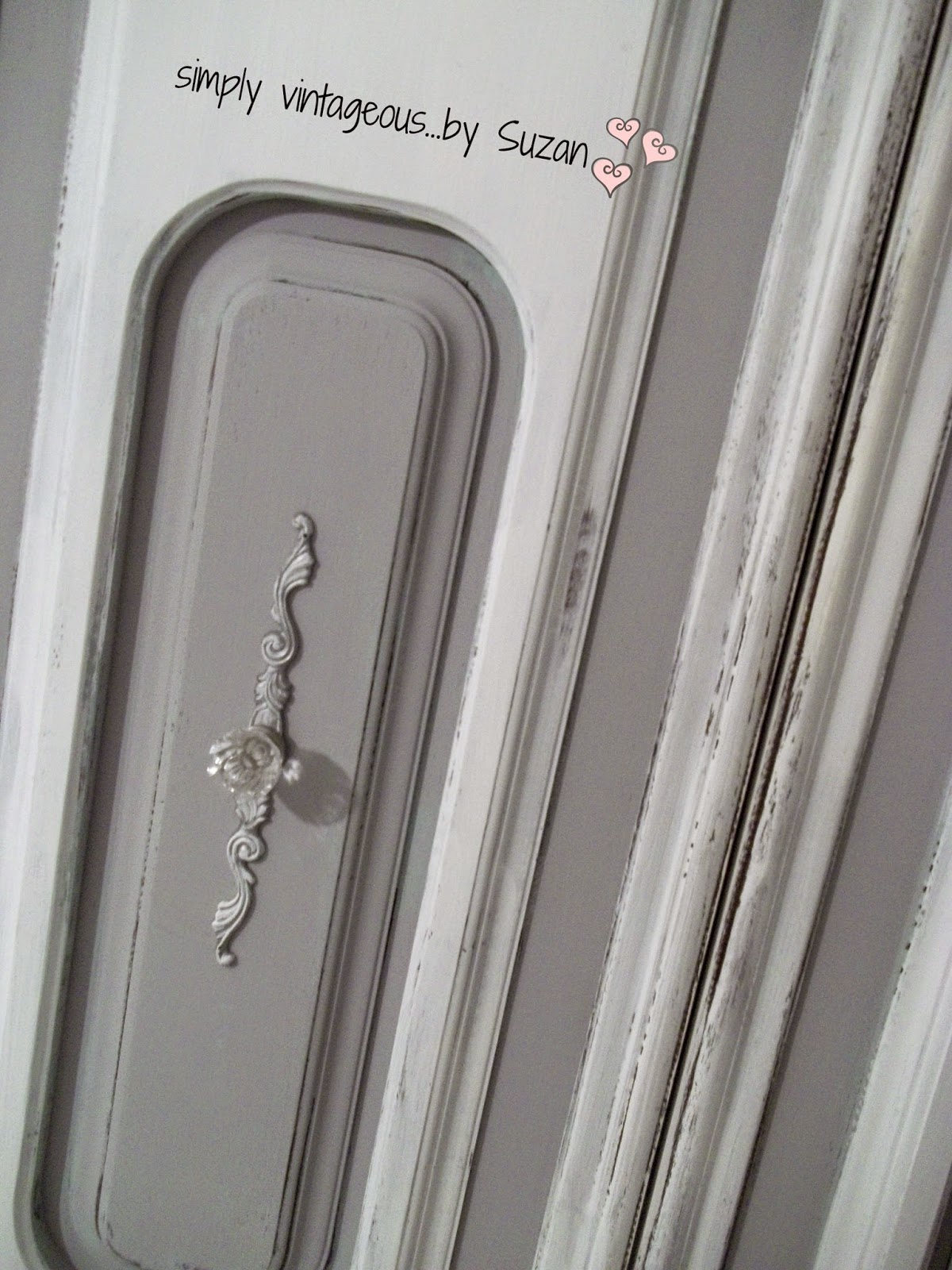 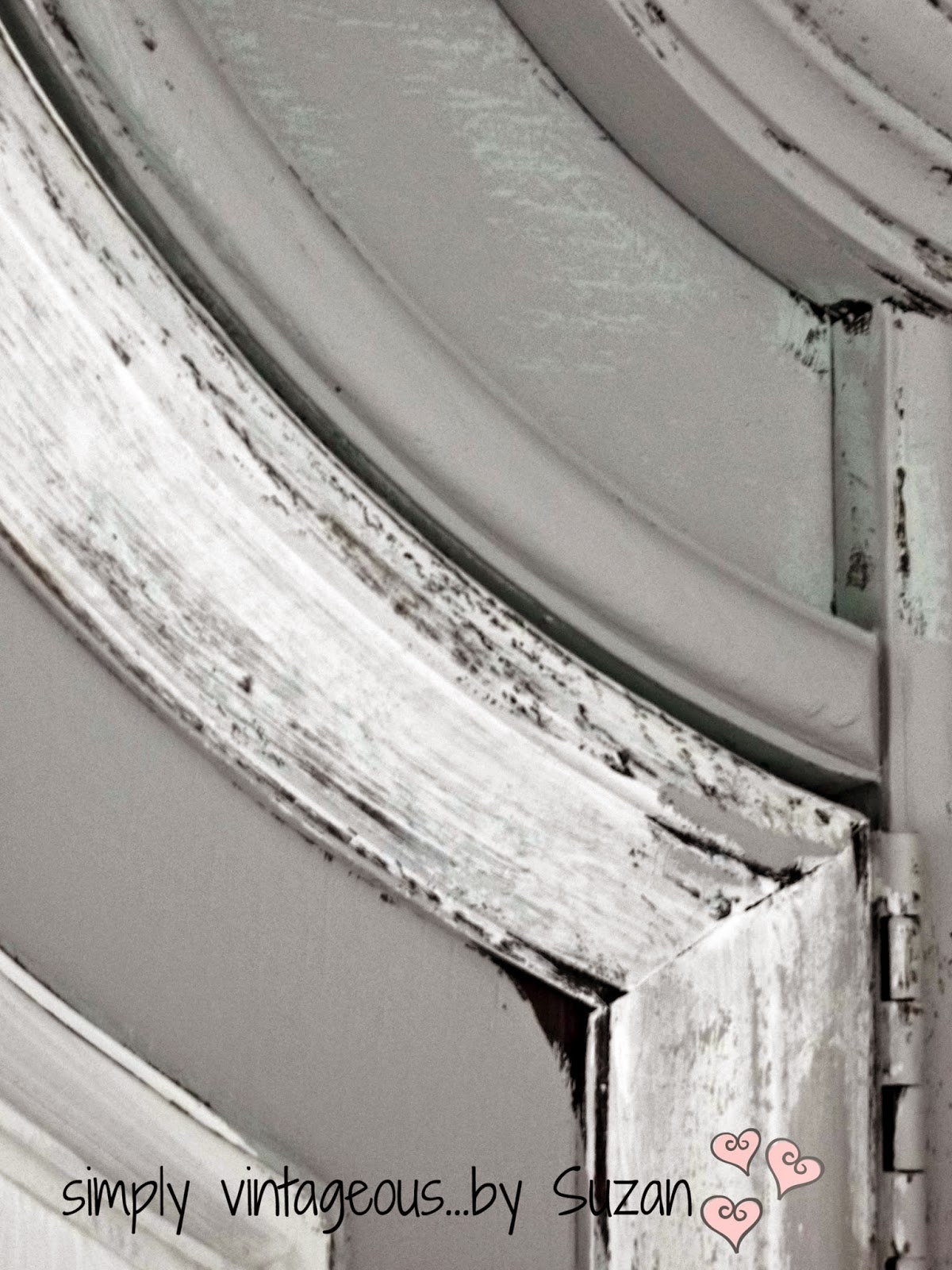 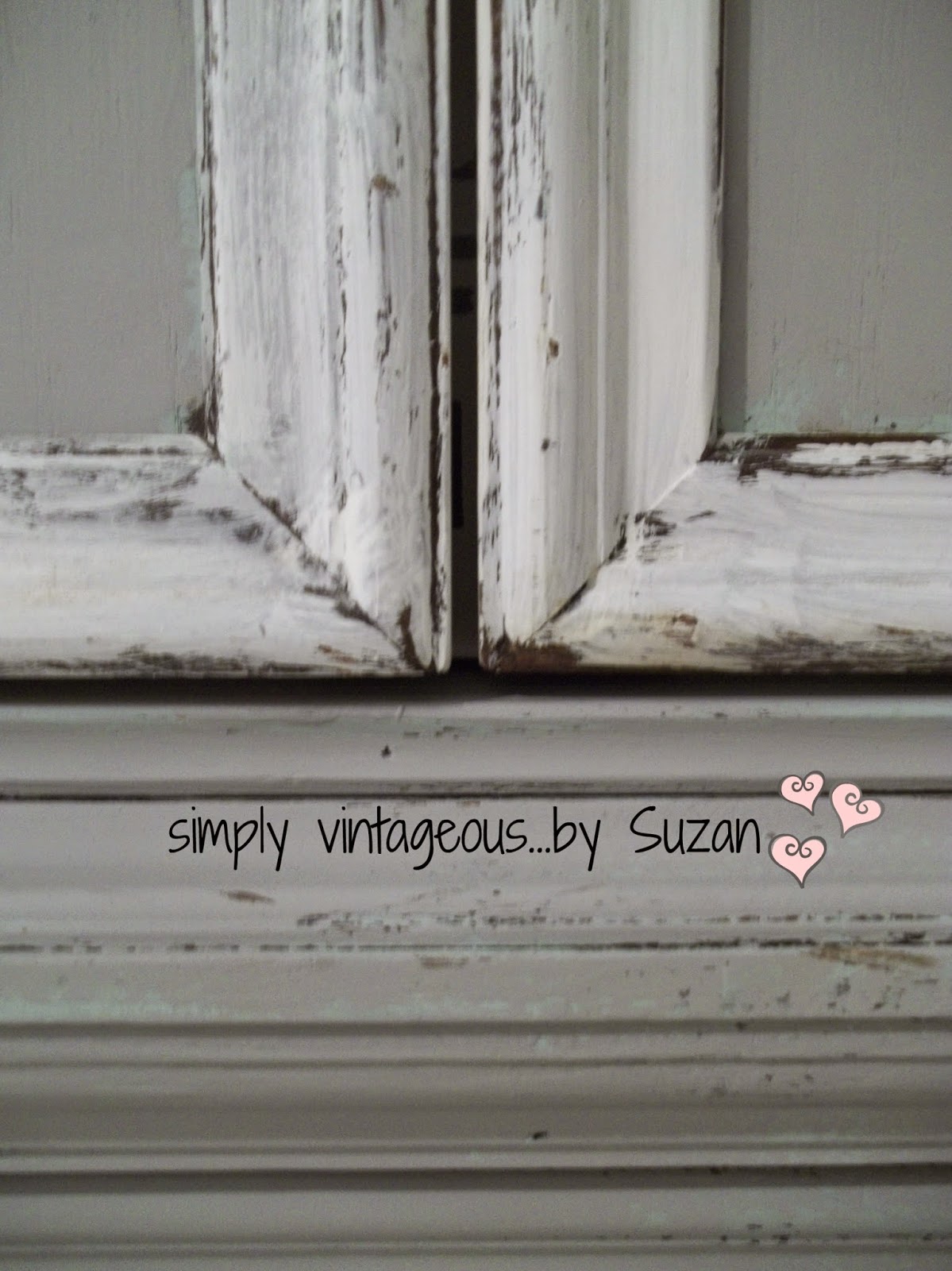 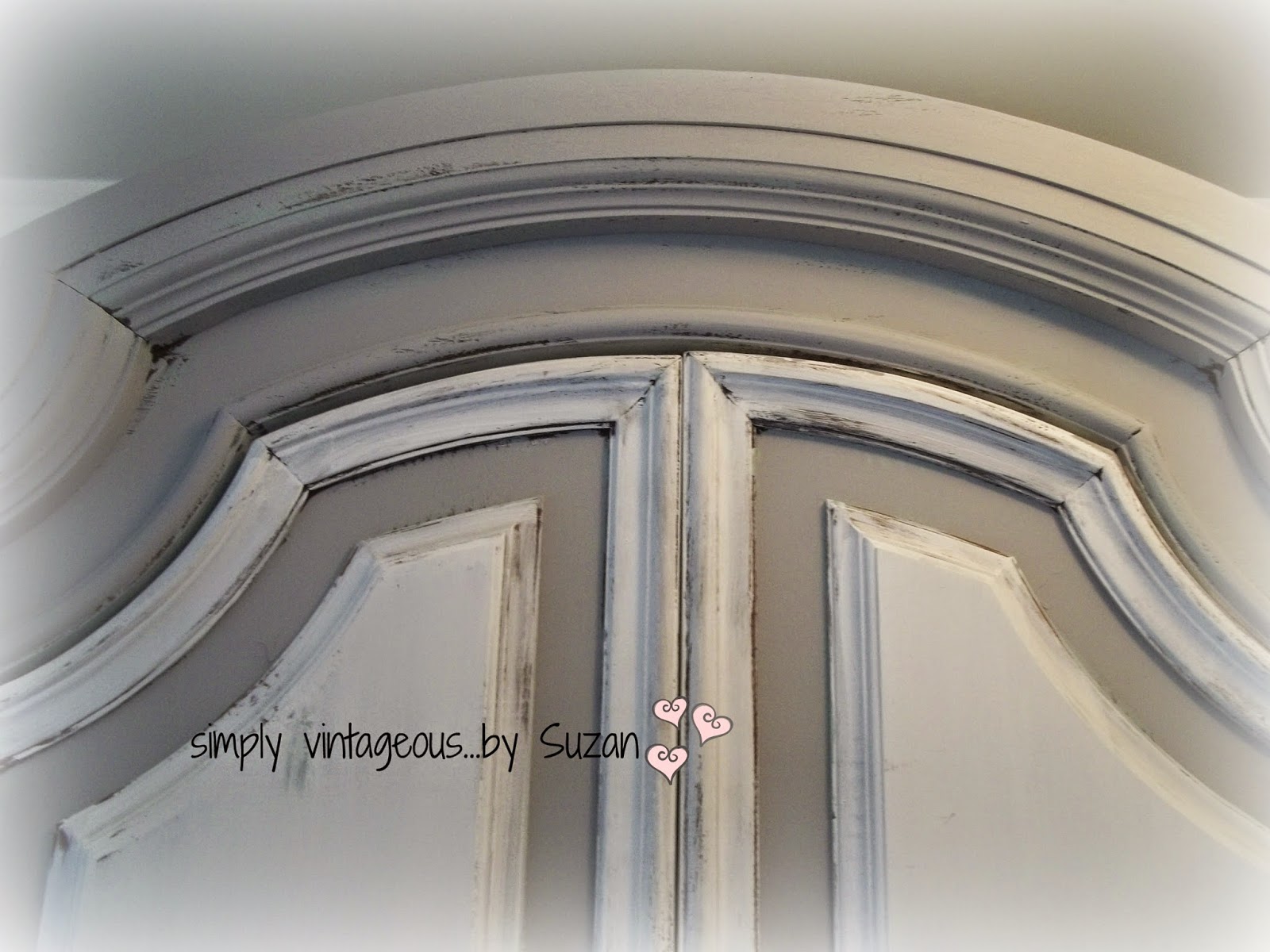 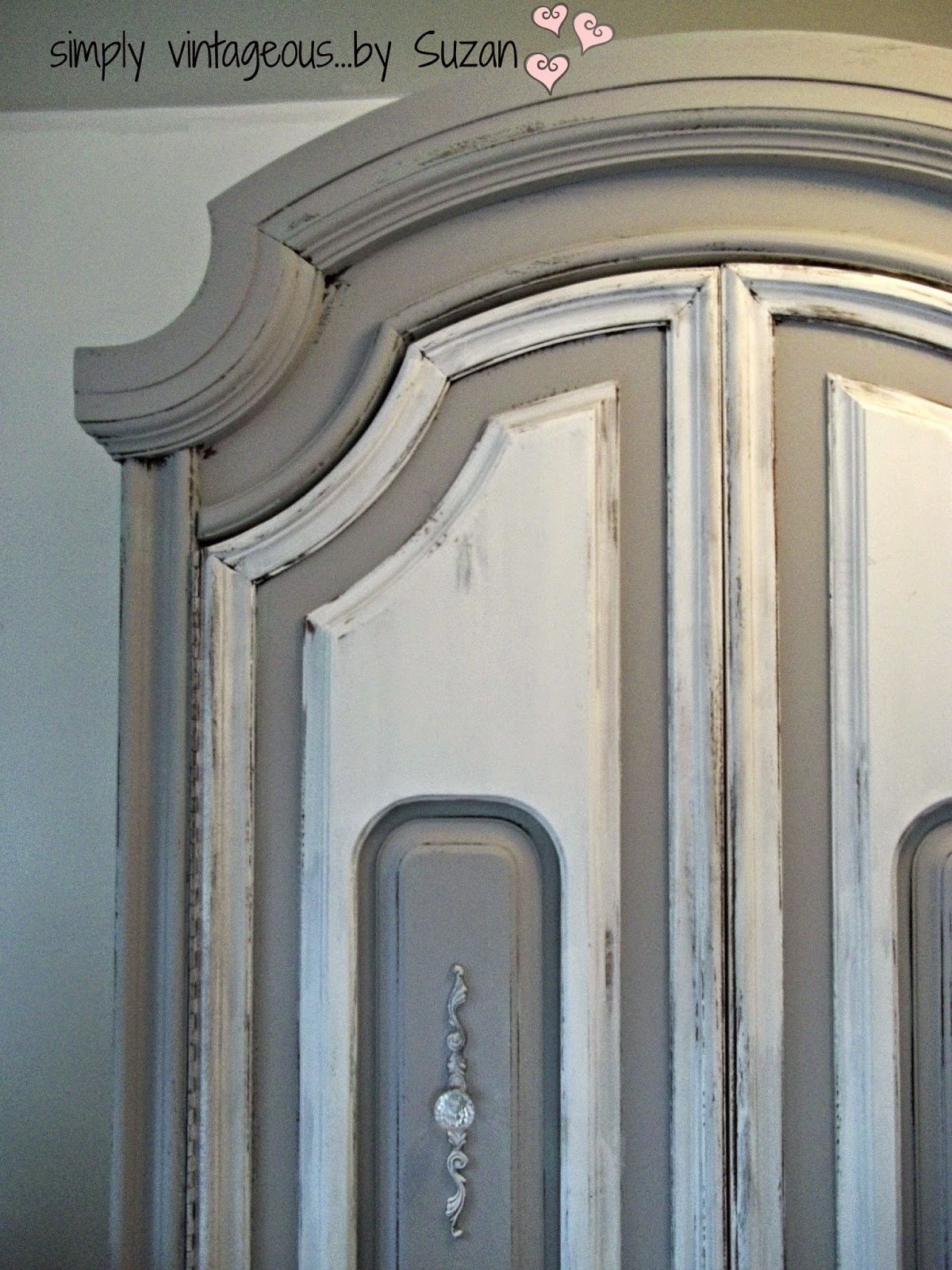 It's in the hall landing - and it's ridiculously too big for the space but that's where it's staying until I get the office done - ( and God knows when that'll be - it's the last room to do upstairs and I'm not in the hurry that I should be )  I DO have the perfect spot for it in the reading room downstairs - but JOHN'S t.v. is in the way. 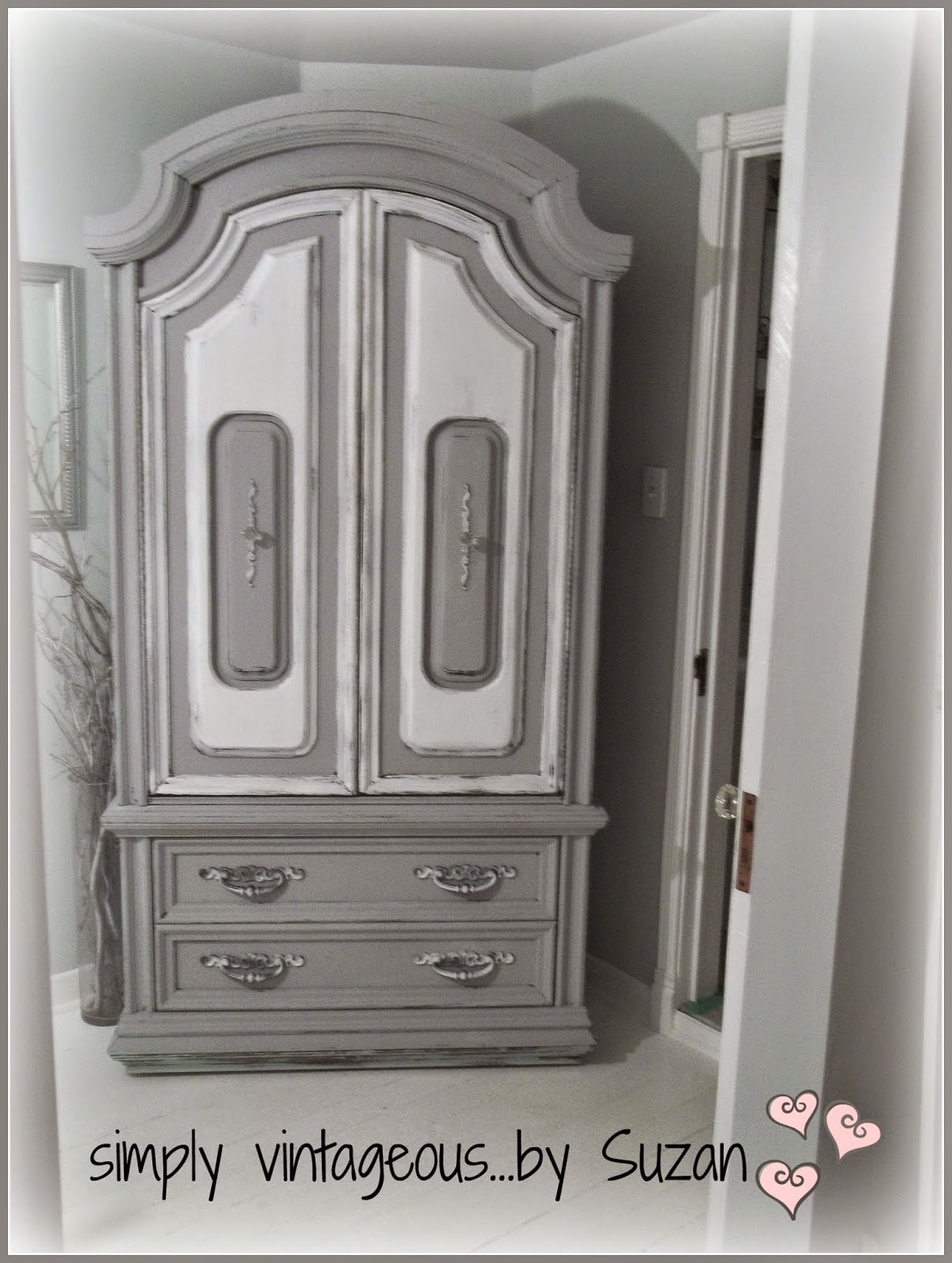 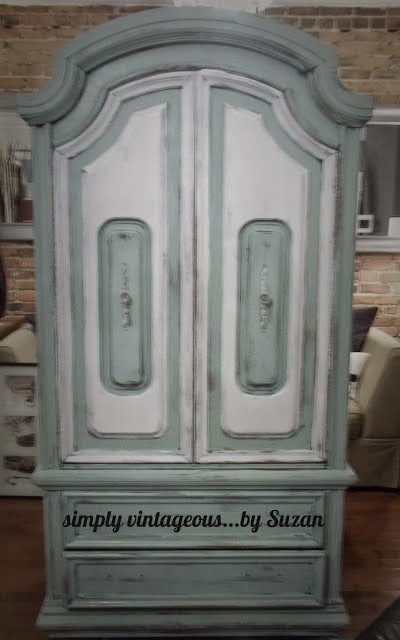 It can always go back to it sometime in the future - no big deal-ee-o - right?
I DO love the color - it just didn't fit

You can see the original 2 part posts on the first makeover HERE and HERE
I dry brushed a little gray on the 2 interior drawers as well - very little actually. 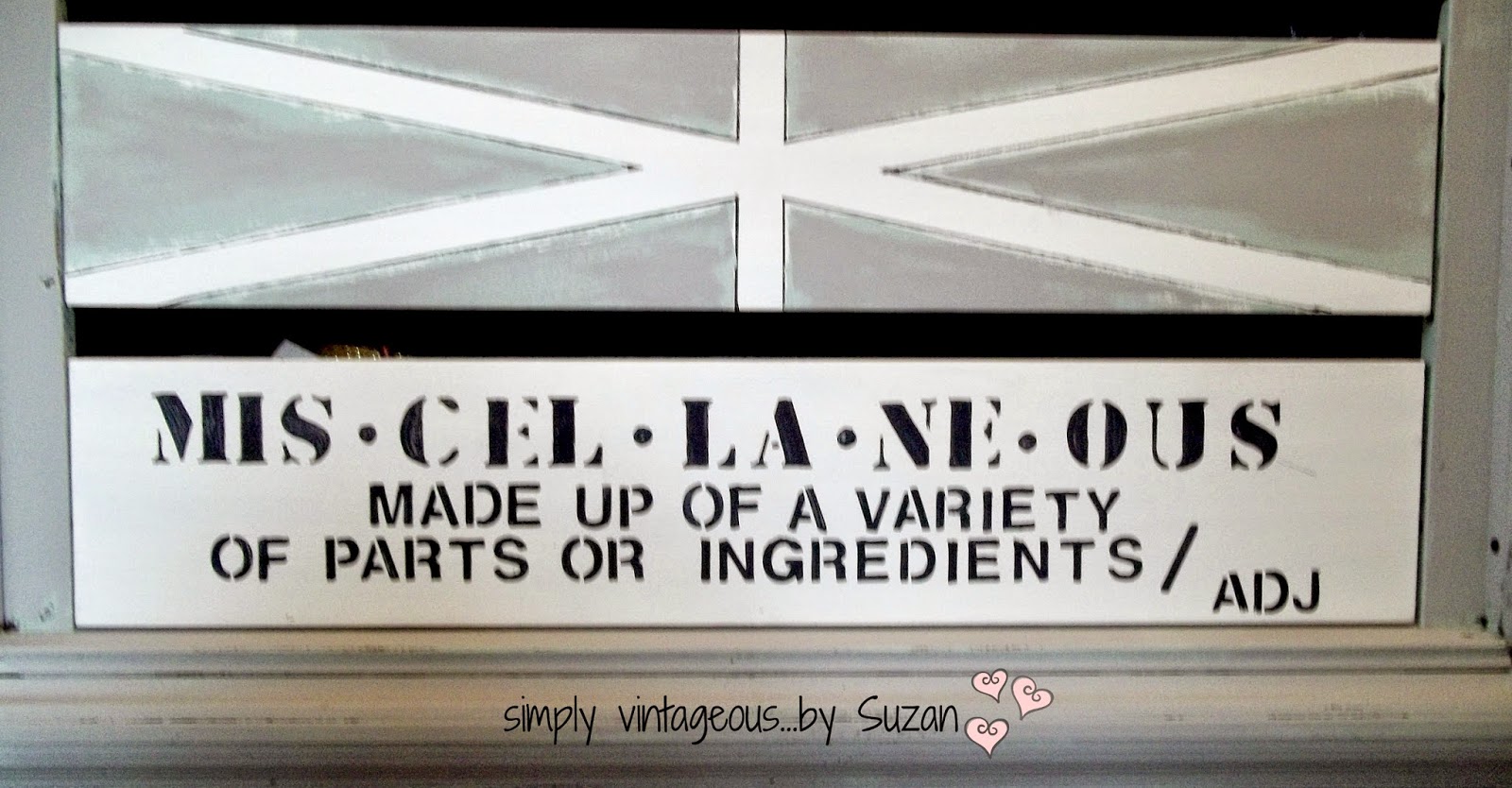 I'm thinking of secretly taping him - so you get the audio

Have a wonderful Sunday everyone -
Hugs,
Me