Vanity is thy name ( or determination, whichever applies ) 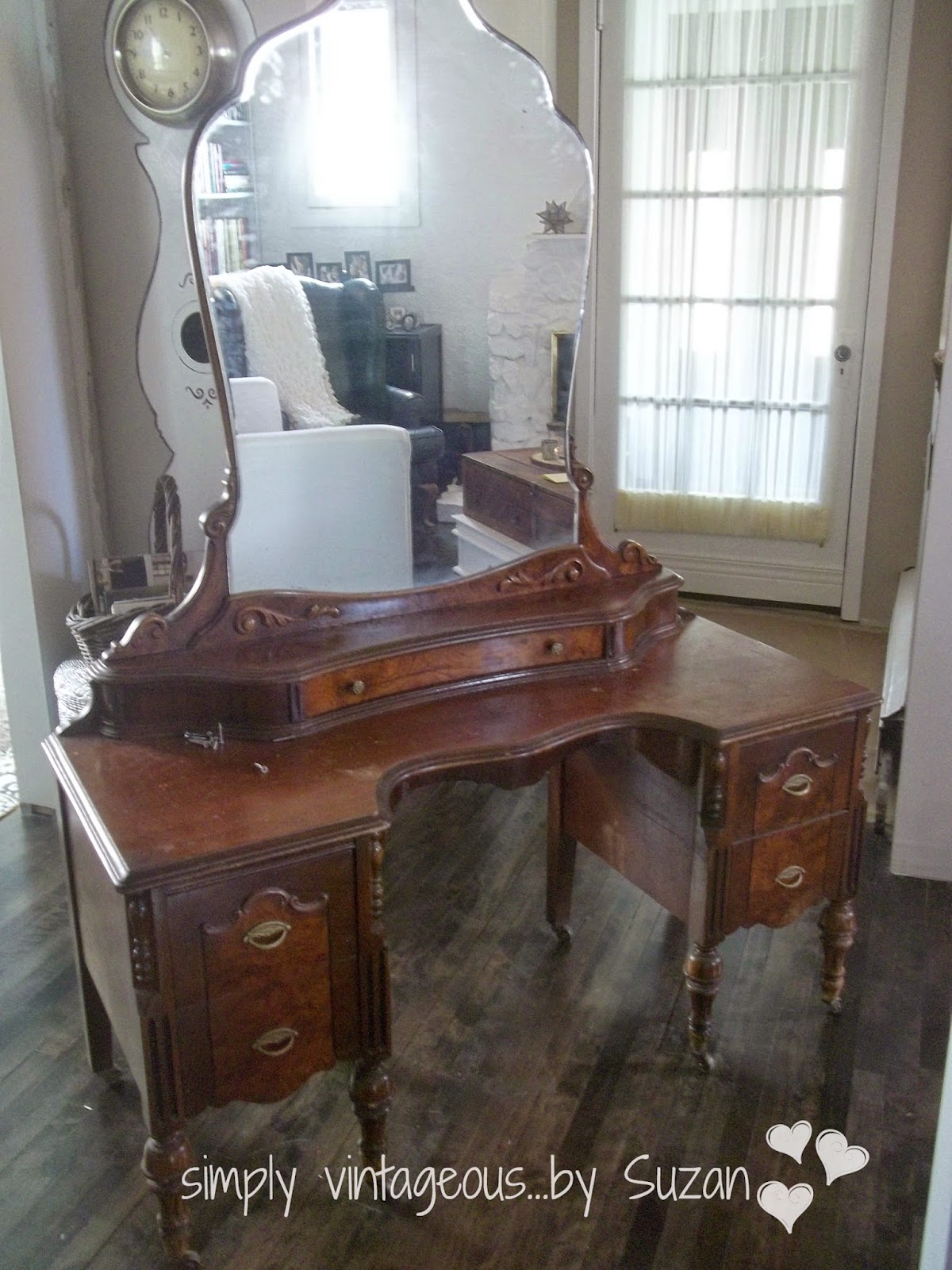 Well actually - yes - there are some words that are necessary ( you wouldn't expect one of my posts not to have far too many words, would you? )
As in :" I love this more than words can express "

Until that proved to be impossible -

John says - I guess it's been glued down to the bottom piece -
Suzan says - Why on earth would they do that?
Suzan says - Let's keep trying

All screws were removed and it wouldn't budge - not an inch -
We've tapped it with a mallet - then with a board and hammer - as my heart sank lower and lower.

John says - I'M TELLING YOU, SOME IDIOT HAS GLUED IT DOWN - you'll destroy all the veneer trying to pull it off

Which makes me even more determined.
I mean if he'd just sympathize with me - be as broken hearted as I am - then maybe ( but just maybe ) I could let it go.
But to make me get rid of it without even a drop of remorse?
I think people have gotten divorced for less. 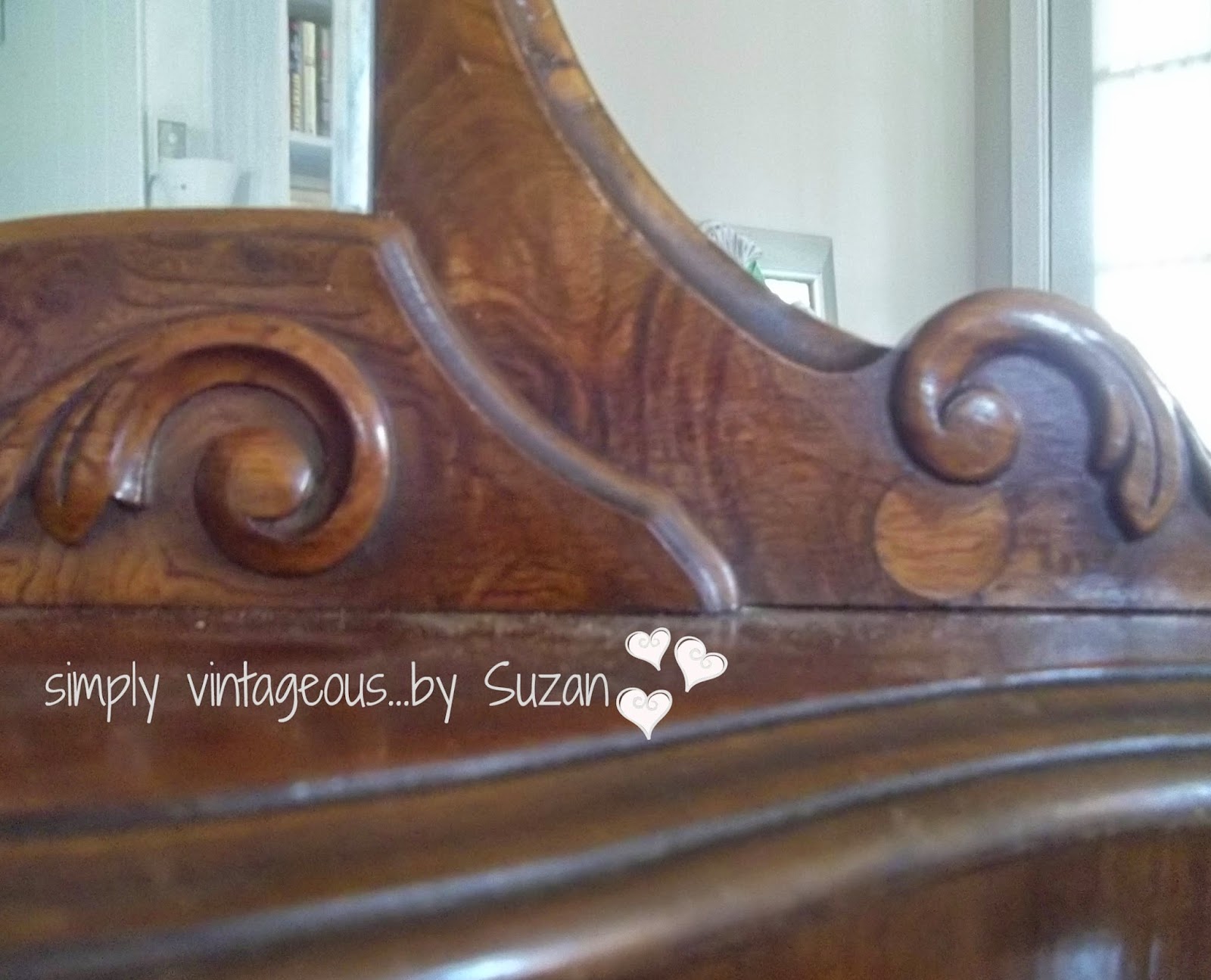 I could just hear the divorce lawyer now in fact

And then I'd show  it to him - and he'd grant us one immediately - not understanding how anybody could refuse me such a beautiful item. 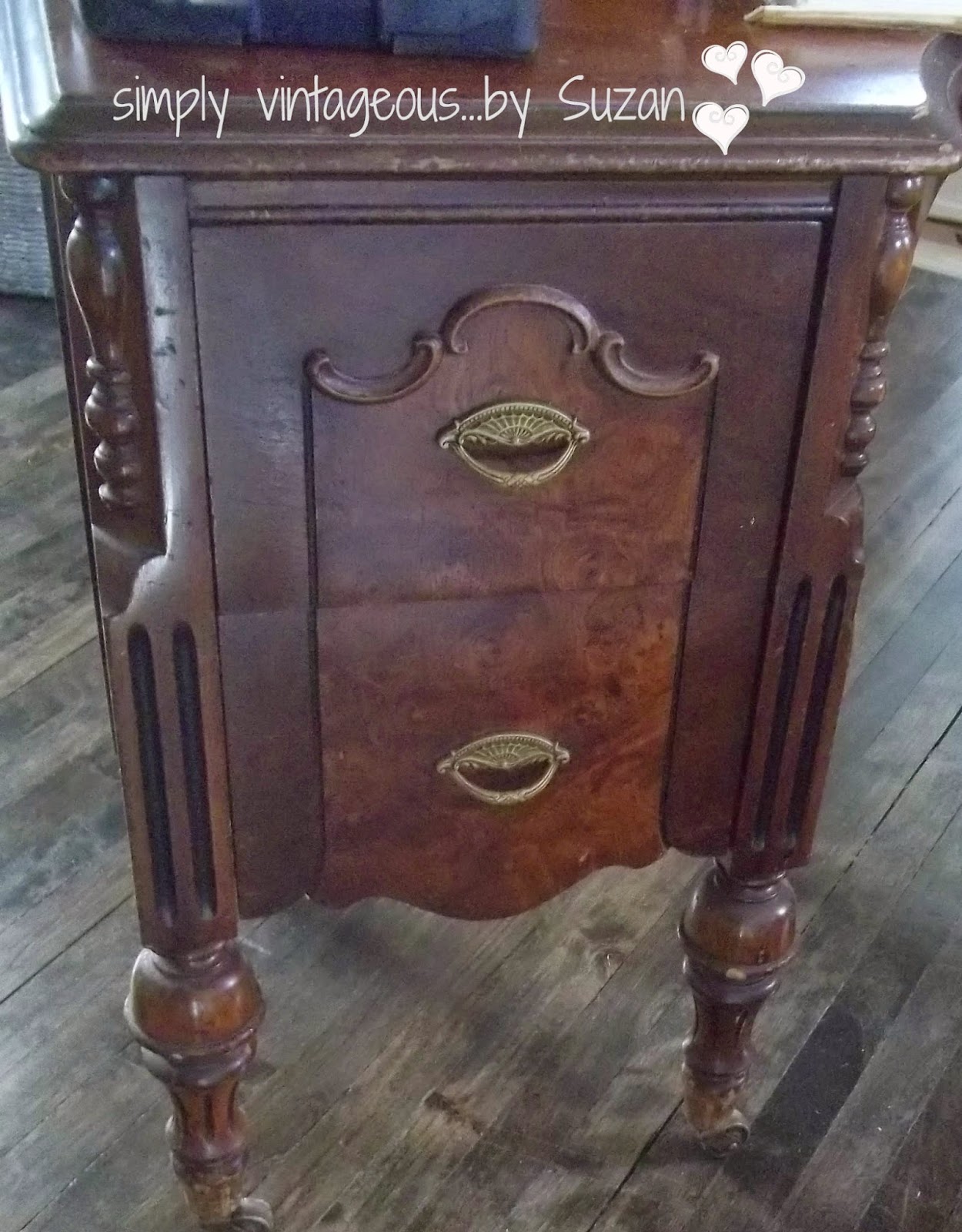 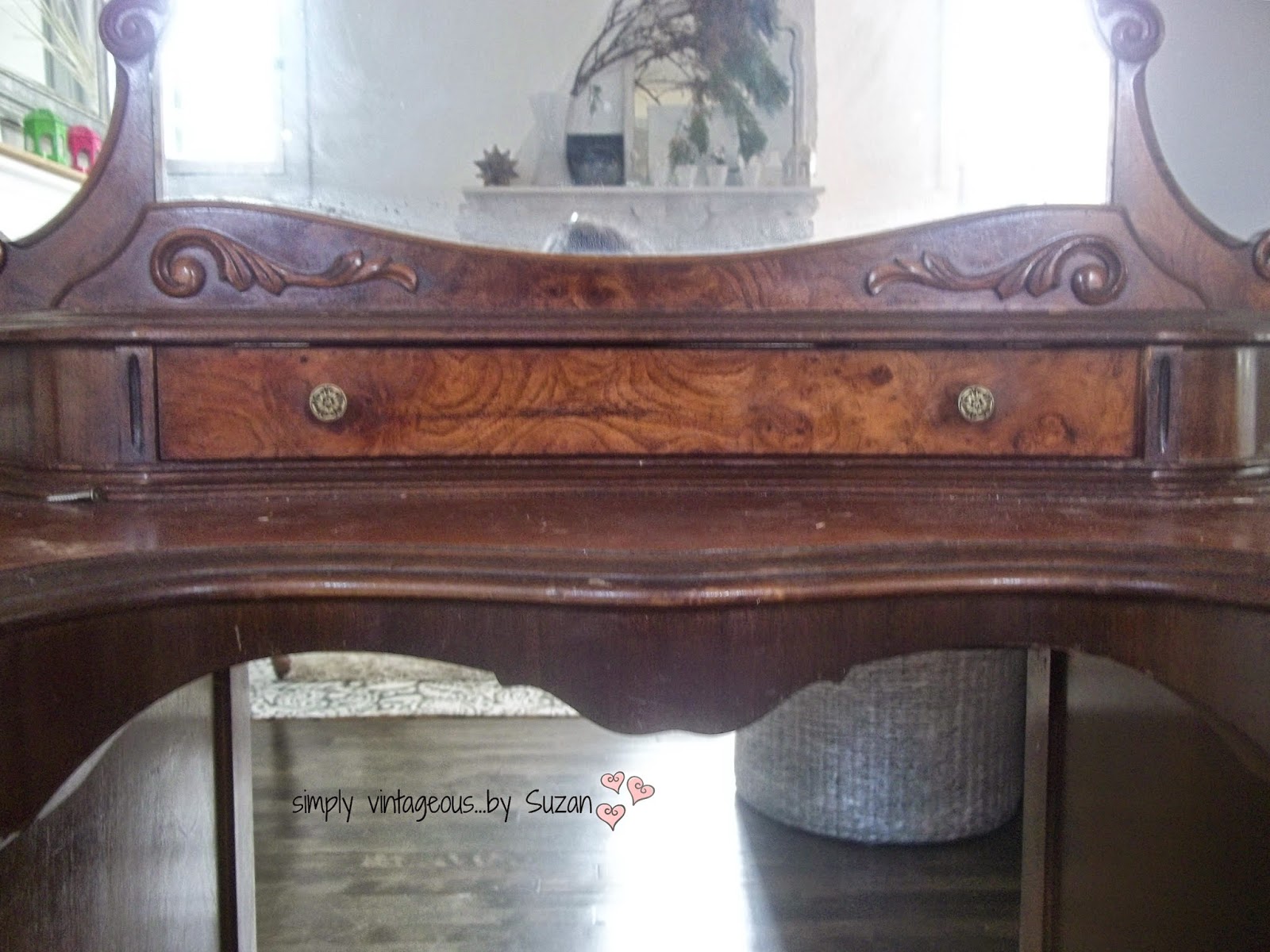 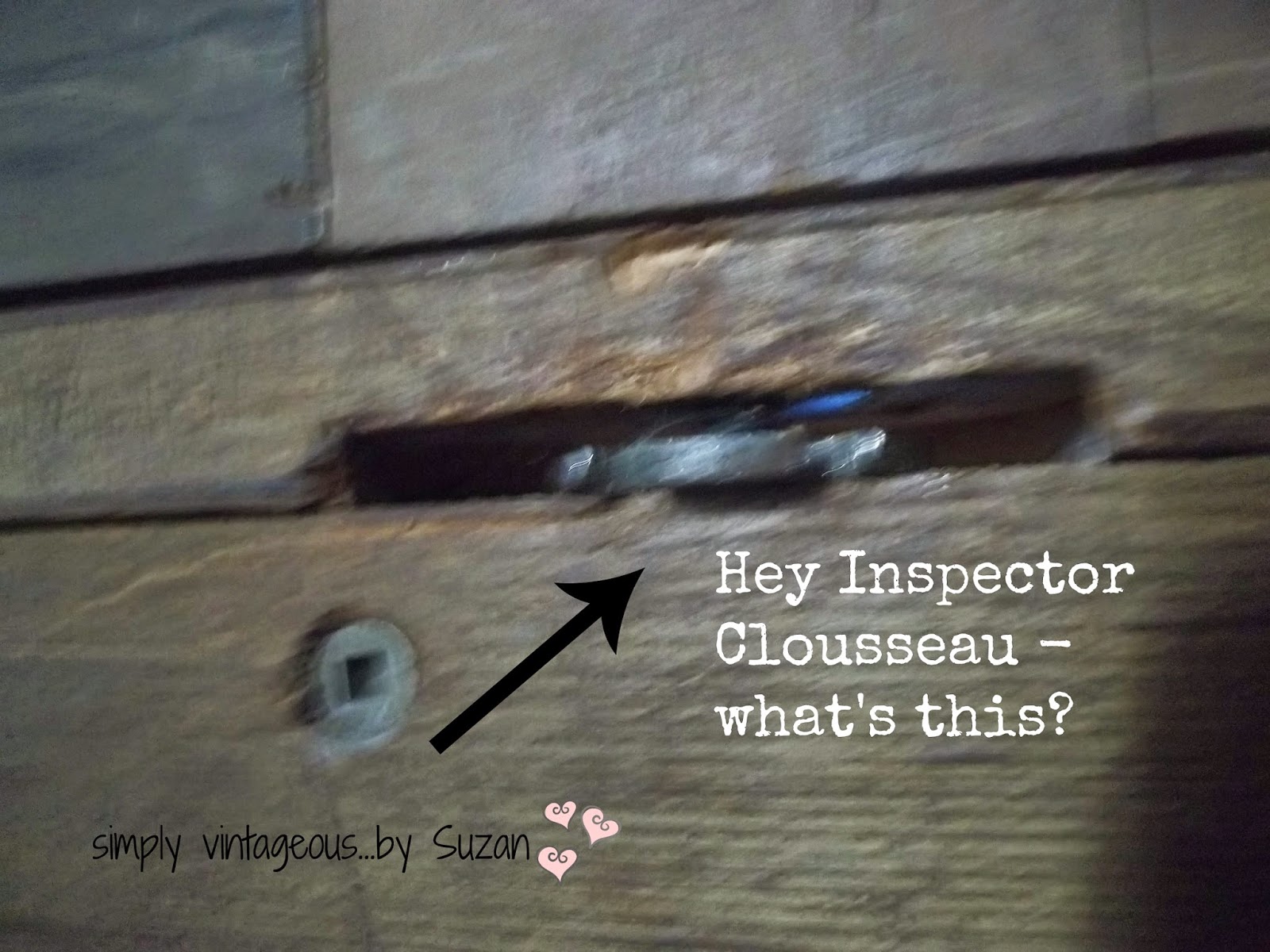 Never saw this before - and I've worked on a LOT of furntiure - had no idea even what to do with it - so I kind of hooked the flat head screwdriver into those gaps and twisted it a bit and OMG OMG OMG it started to turn and release 2 two screws that were holding it firmly in place.
The mirror is off -
The vanity can be moved upstairs.
And once again we've dodged a bullet with the divorce courts !!!

Suzan says - Well?  Can you help me carry the vanity upstairs?
John ( doing a double take ) says - How the hell did you manage that?
Suzan says - It's called " Determination " John  -  you know, that gene that Men seem to be sorely lacking unless it comes to golf ?

Want to see it one more time? 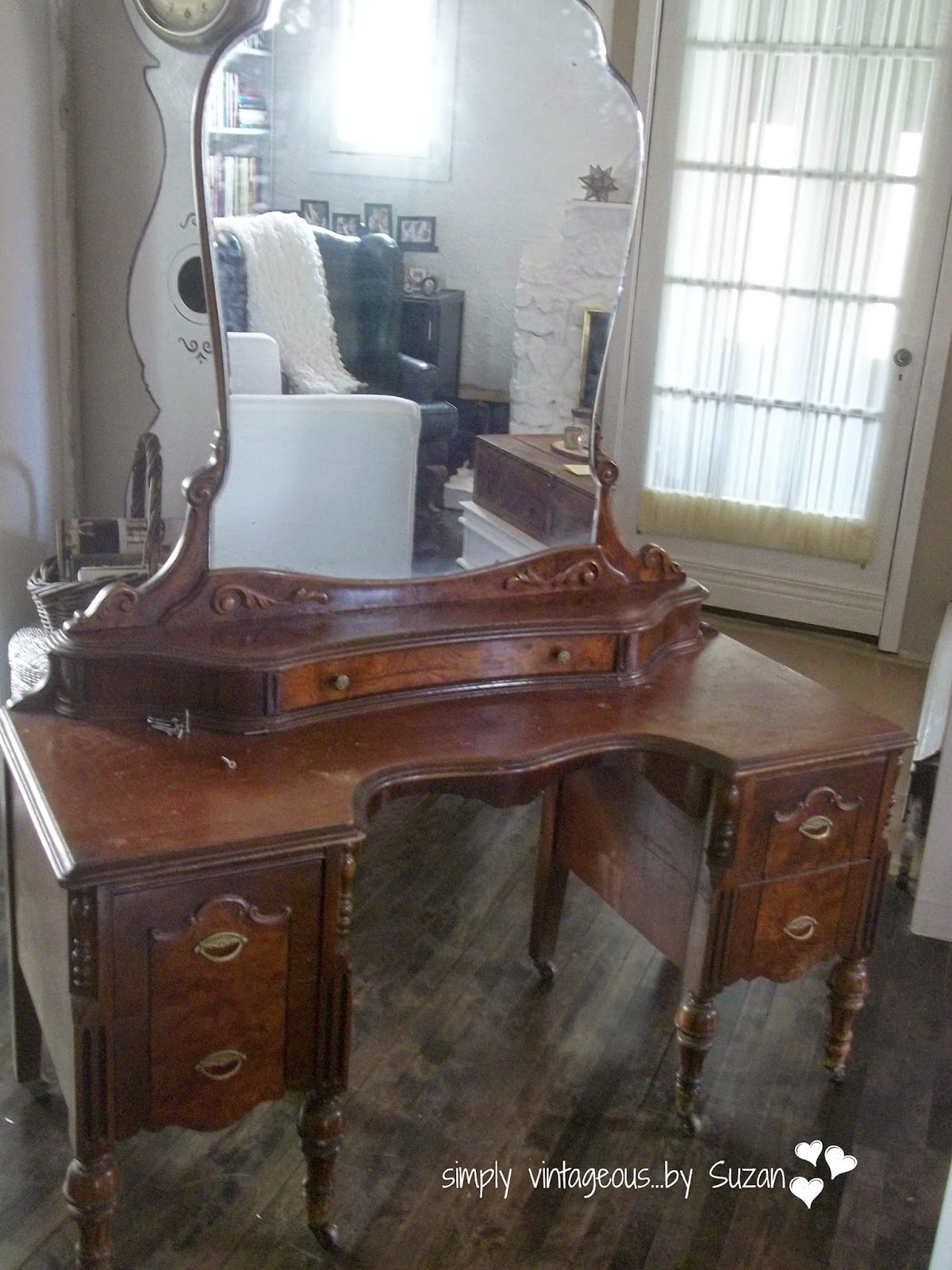 It'll be a little while before I can work on it ( although it's been primed ) because I picked up a couple of other items that I'll show you another time :) 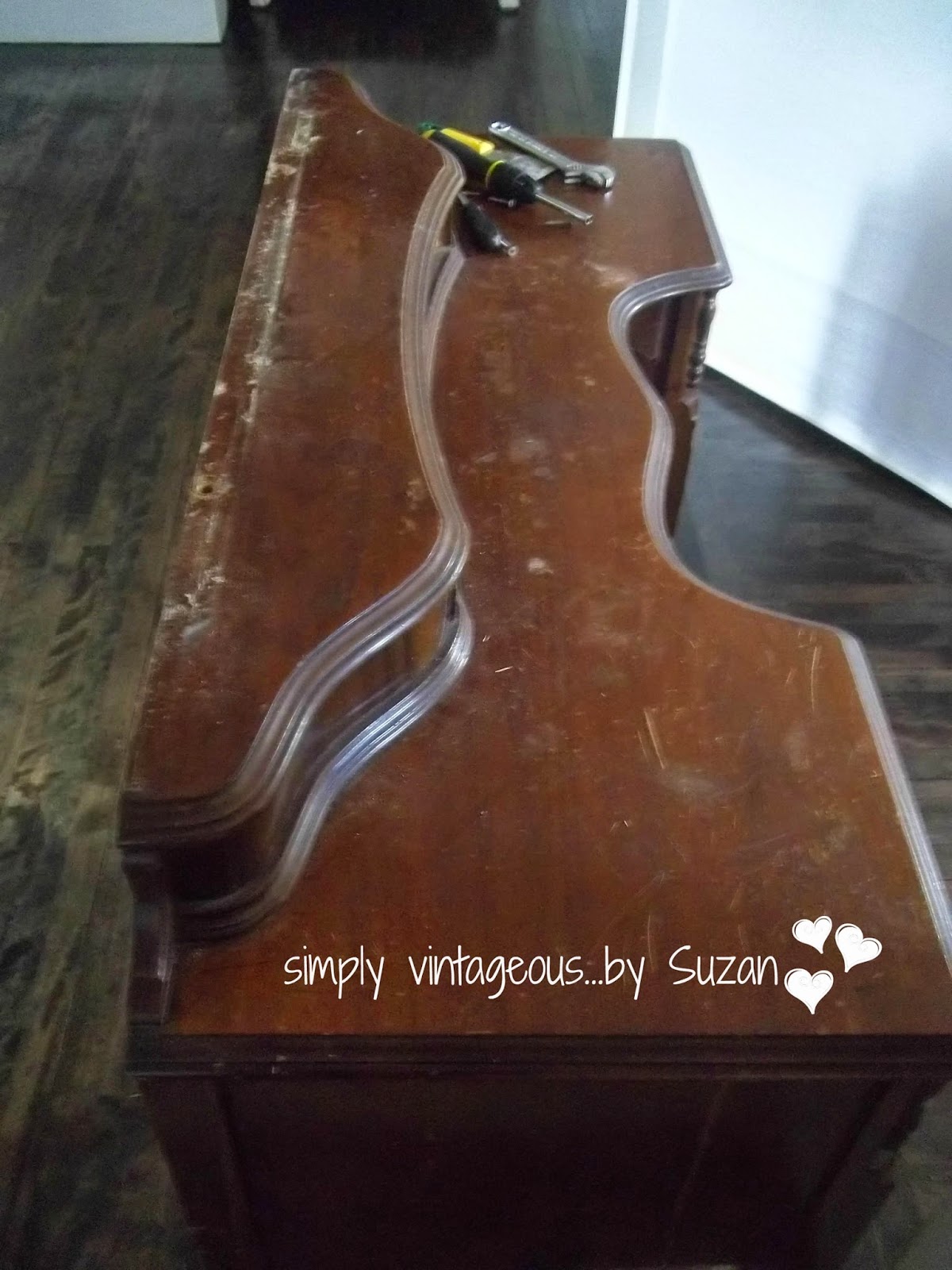 Have a wonderful day everyone