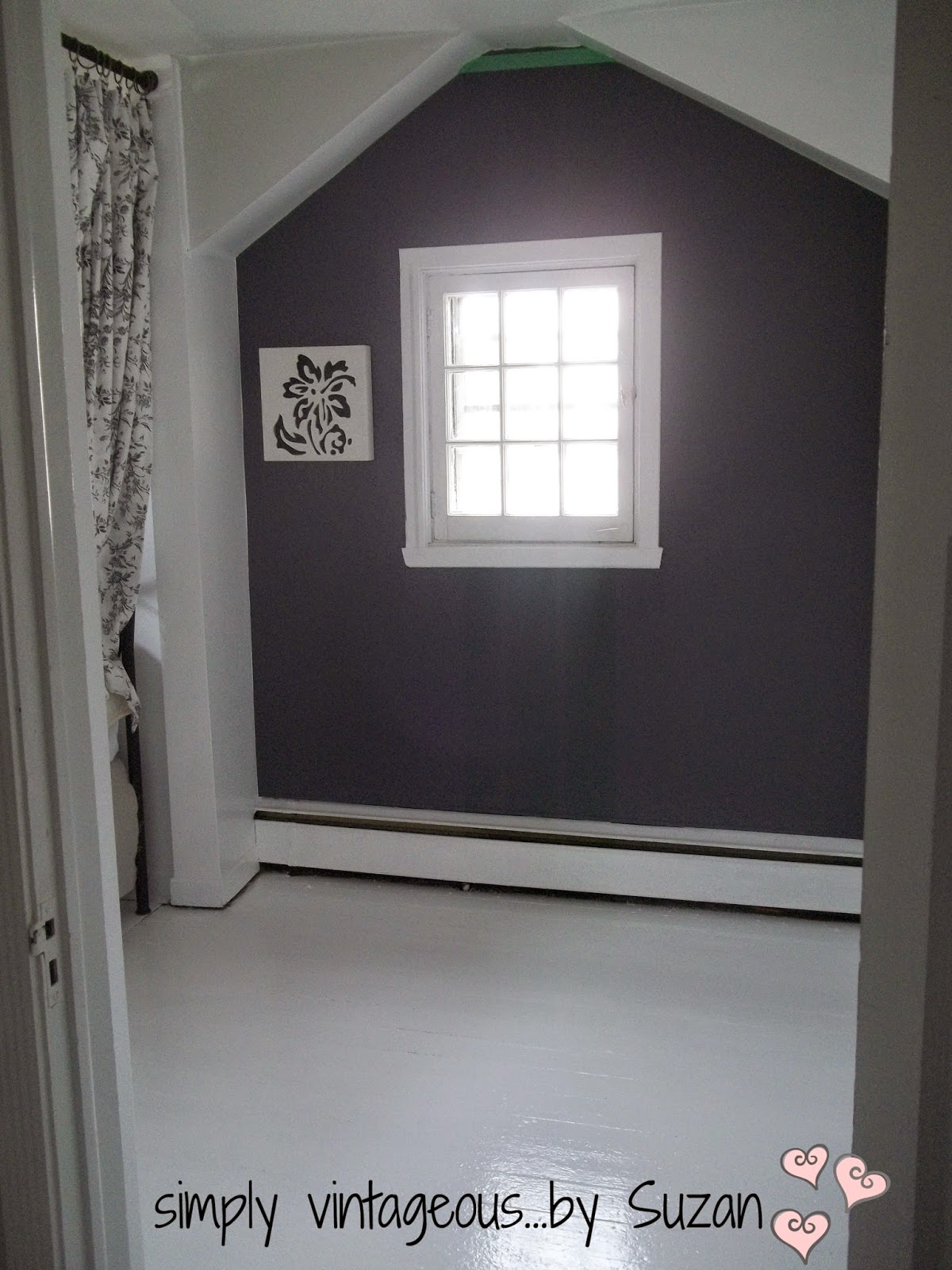 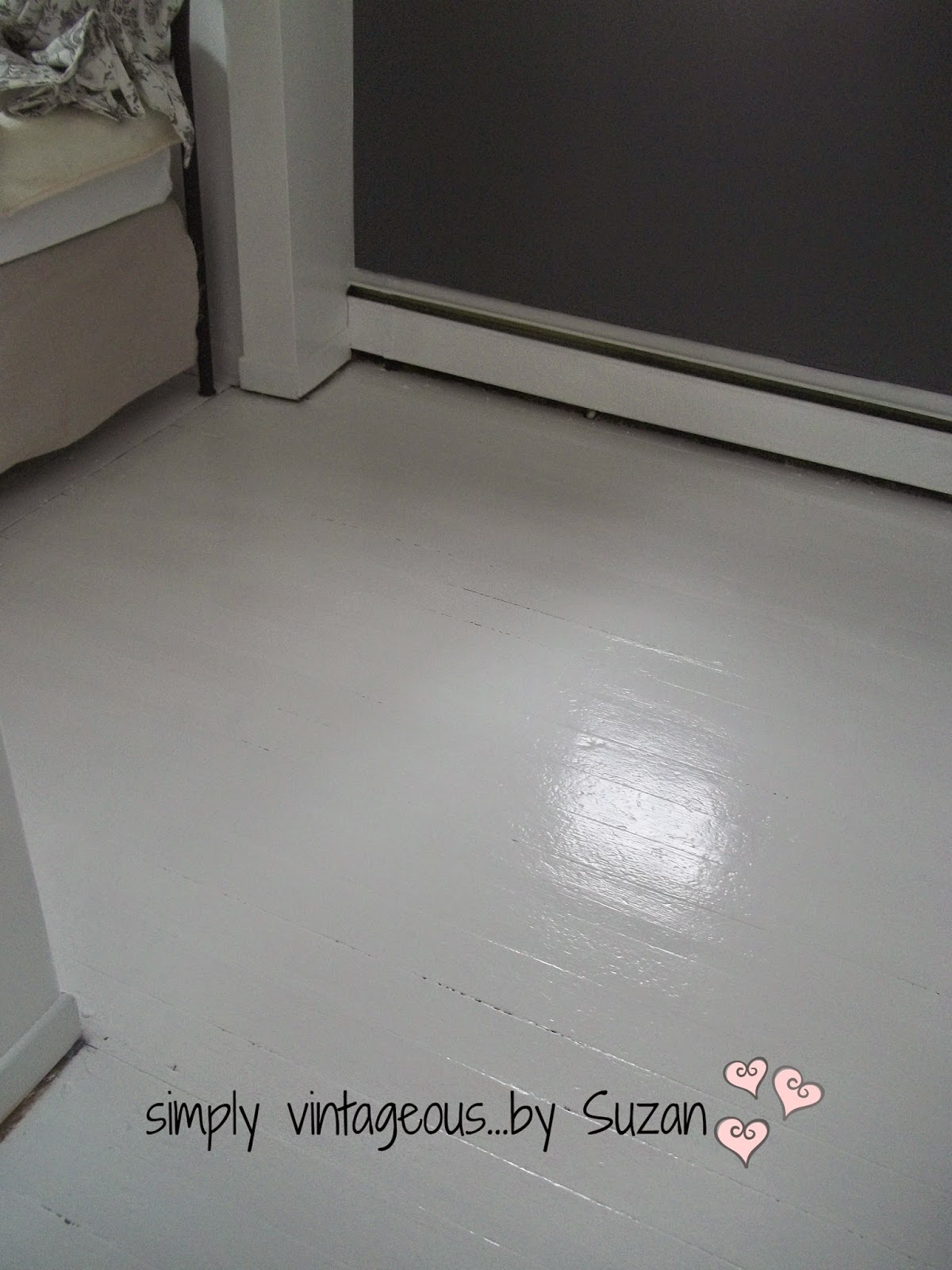 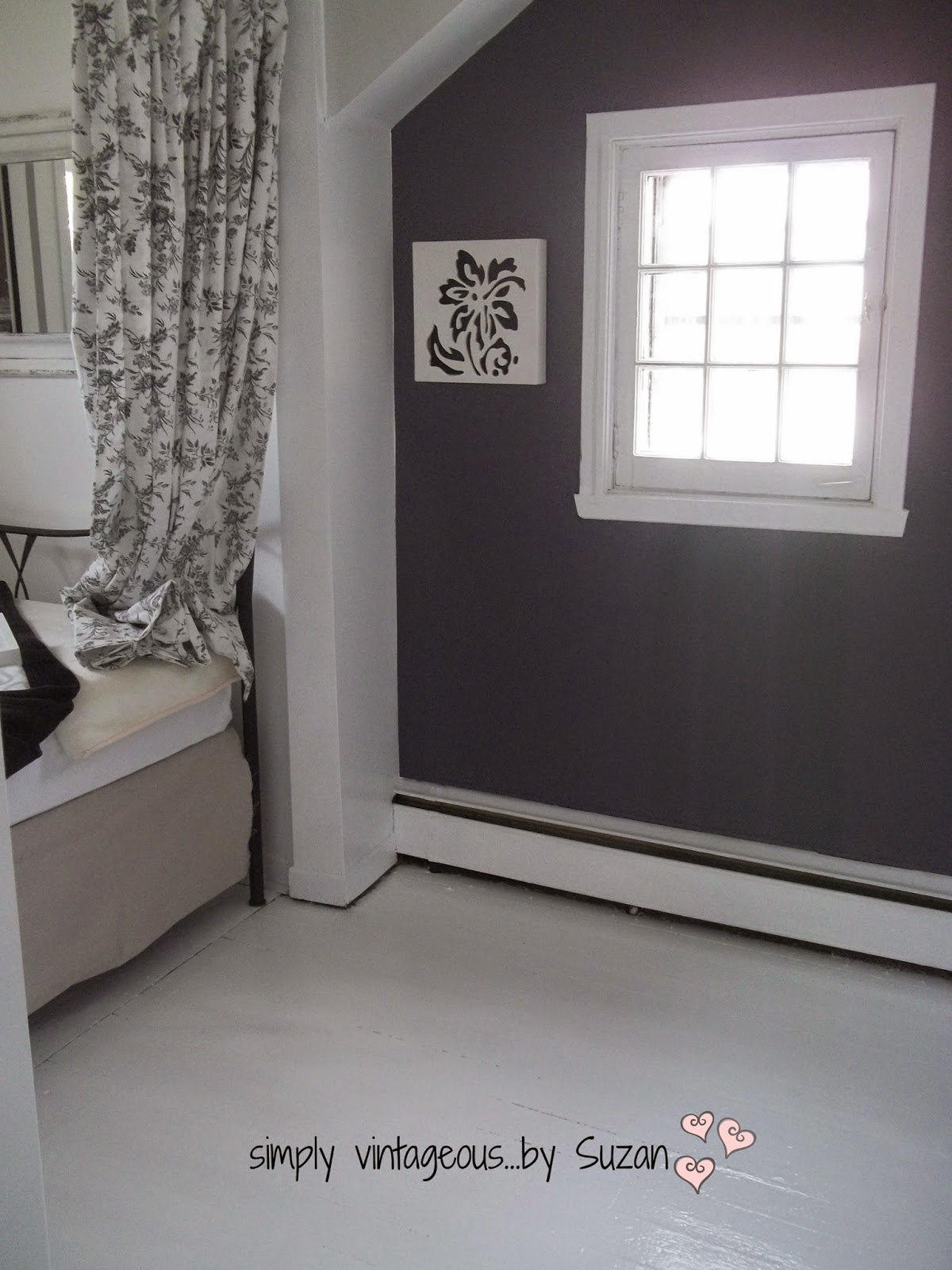 And in the end it's not even which brand of paint you decide to use ( as long as it's floor paint )
I swear by BEHR's Porch & Patio Floor Paint - and it's proven to be the best one for me - but as much as I can rant and rave about it - someone else might be ranting and raving about another product that works just as well for them. 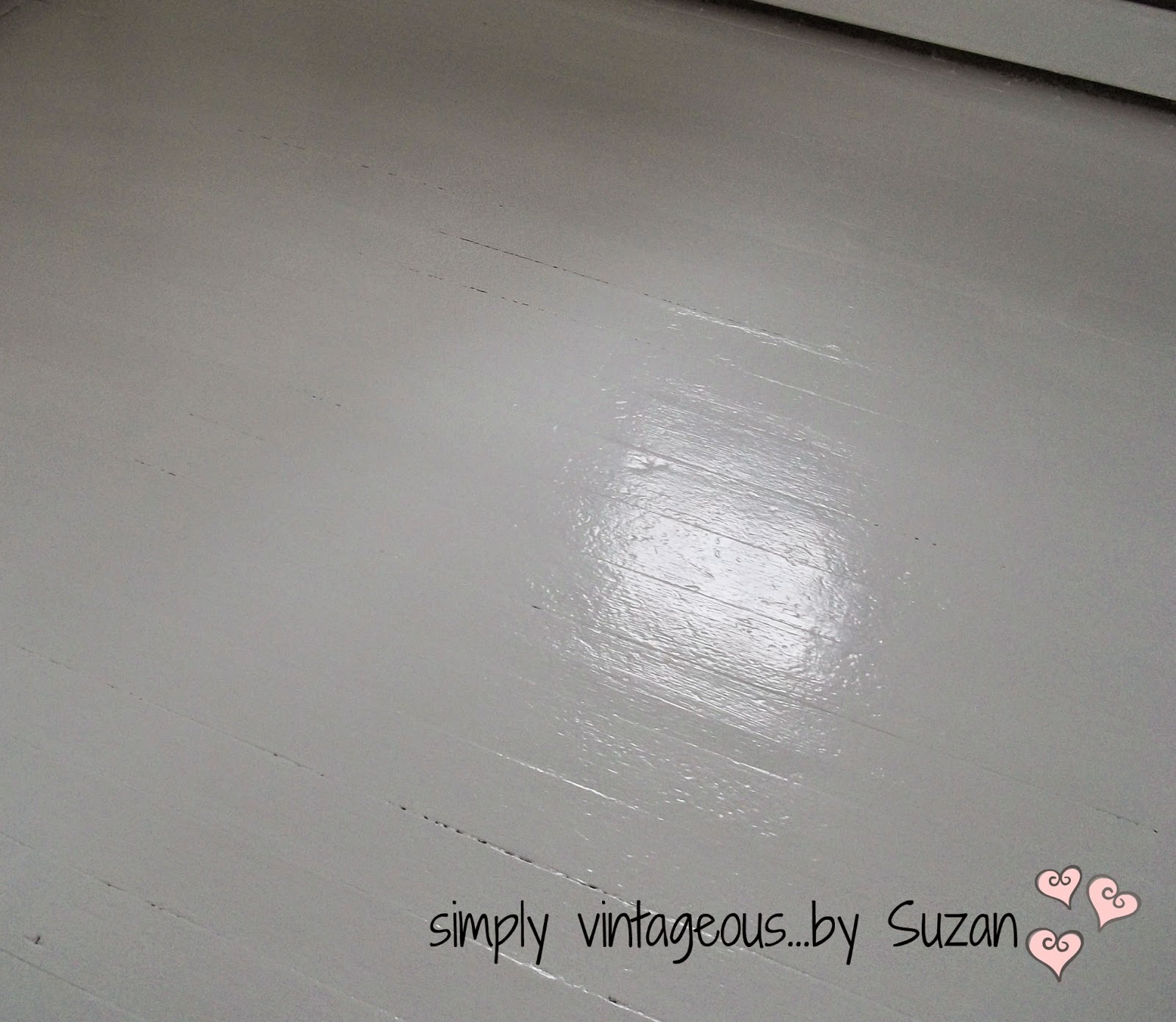 No, the secret lies in this ( and  you really really have to trust me on this one ) 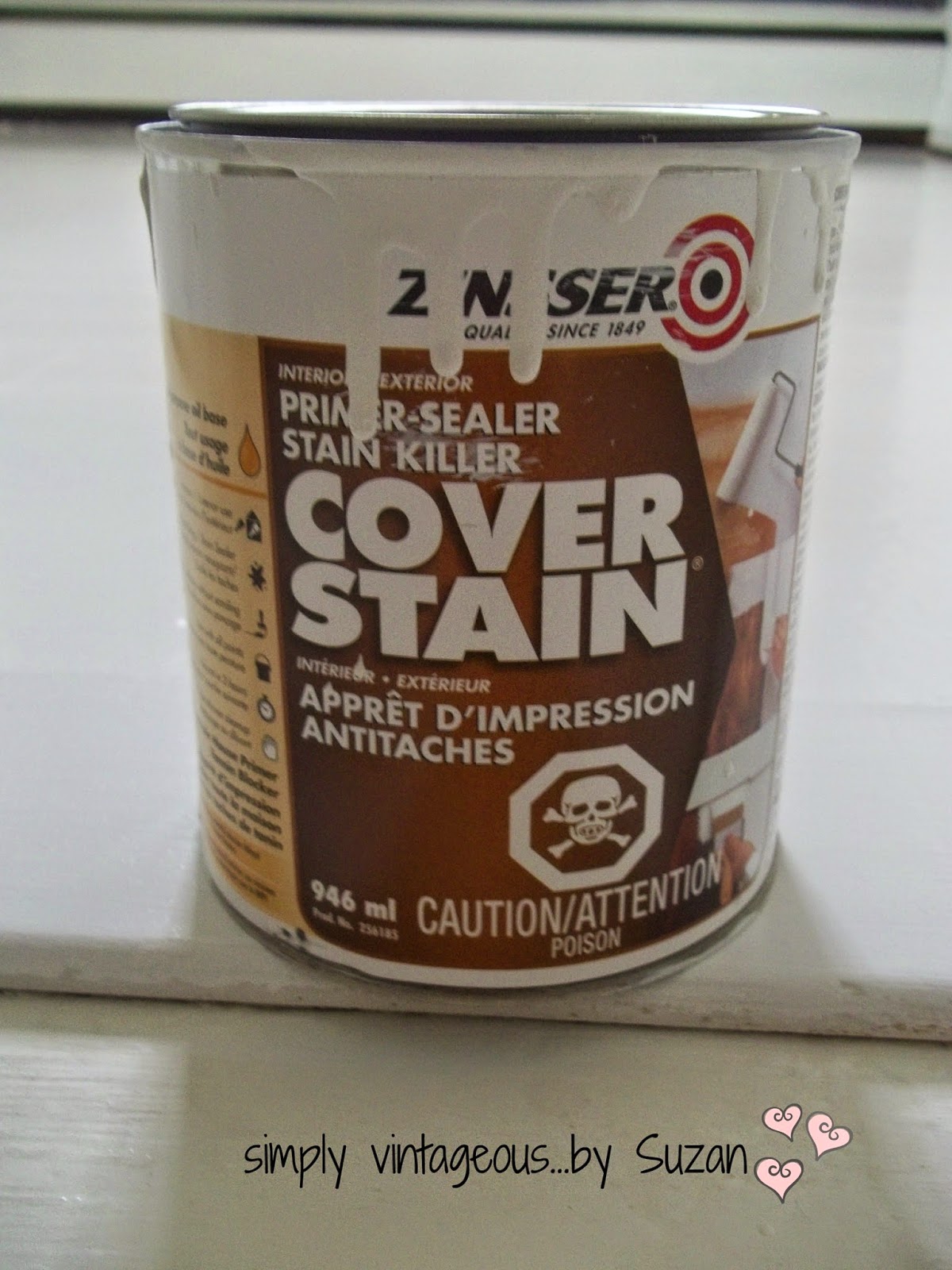 2 coats - a day apart - ESPECIALLY if you're going with white floors.
Skipping this process results in doom and gloom - trust me on this one
I've learned that lesson the hard way so that you don't have to.
It's oil based so you have to open the window but it's perfectly fine to paint a water based floor paint over it.
( this is the ONLY time it's ok to paint water based paint over oil based anything - but I'm sure you all know that )

Our bedroom floor looks the same almost a year later

OK - Time for the second TIP - and this one is every bit as important as the first one.

You must stand over your better half's back while he works - at all moments.
Even if he's barking at you that he doesn't need a hawk standing behind him - do it anyway.  Sometimes scurrying away while they work just isn't worth it.

Suzan says - John - do you think you could put the quarter rounds in - the floors are ready
John says - Well the Godfather is on
Suzan says - You've seen that movie 10 times since I've known  you - and God only knows how many times before I met you.
John says- Well it's coming to a good part
Suzan says -  How many times do you need to see a horse's head in someone's bed?

He later came up and went to work -

And I ran in the room gleefully - figuring I'd start putting furniture back - when much to my absolute and utter shock, I saw something I couldn't believe.
I mean that - my brain could NOT register it whatsoever ( and my brain has had tons of experience registering the unbelievable )

JOHNNNNNNNNNNNNN - I shrieked
John says - what now?
Suzan says - YOU'VE GOT TO BE KIDDING ME, RIGHT?
John says - WHAT?  OF COURSE YOU WOULDN'T BE HAPPY - I KNOW THAT BEFORE I START ANY BLOODY JOB
Suzan says - Please tell me you're joking ?
John says - Listen - you laid the wood out - NOT ME

Well he's put me in a spot - it's very hard to fight with logic like that. 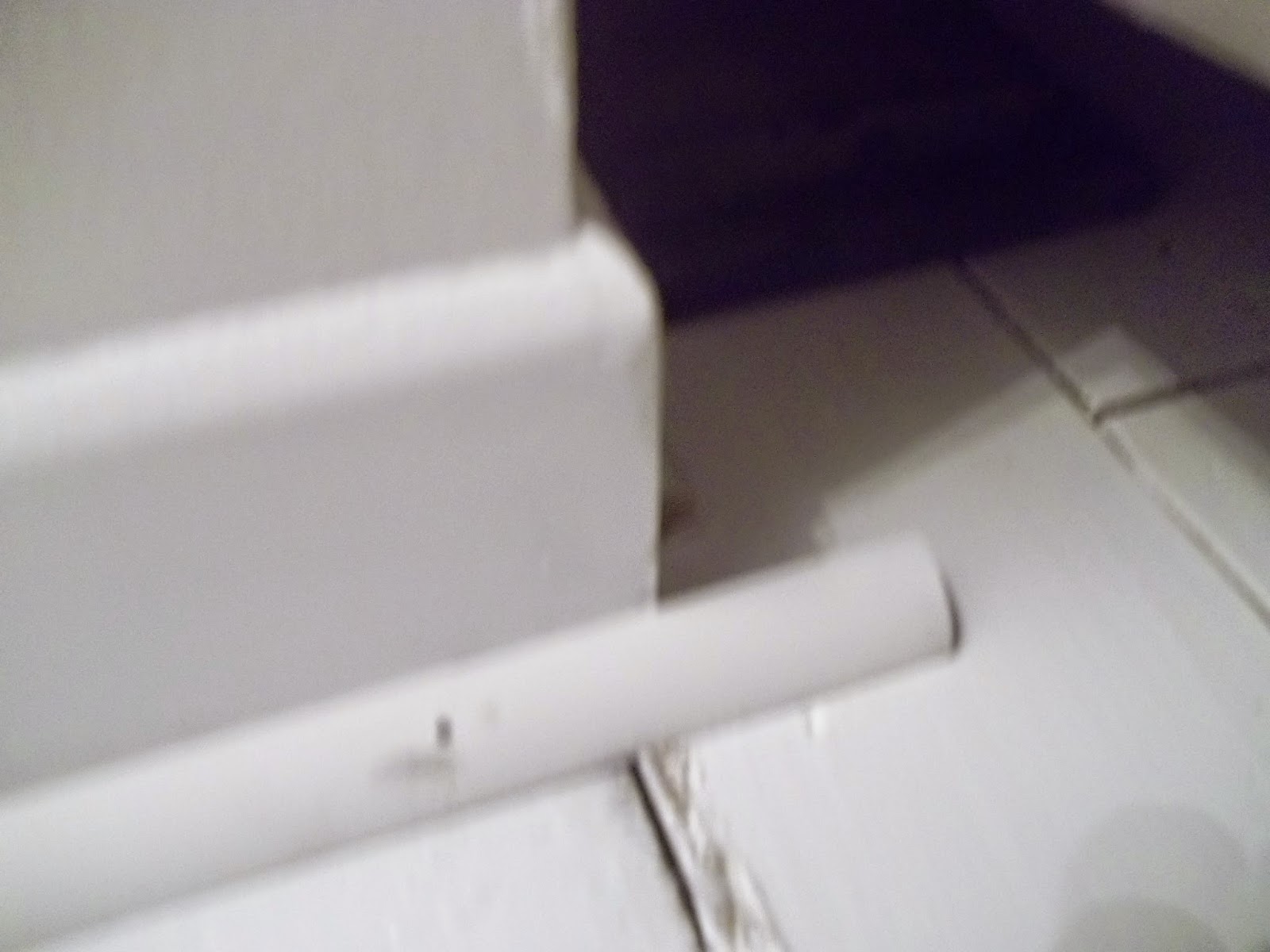 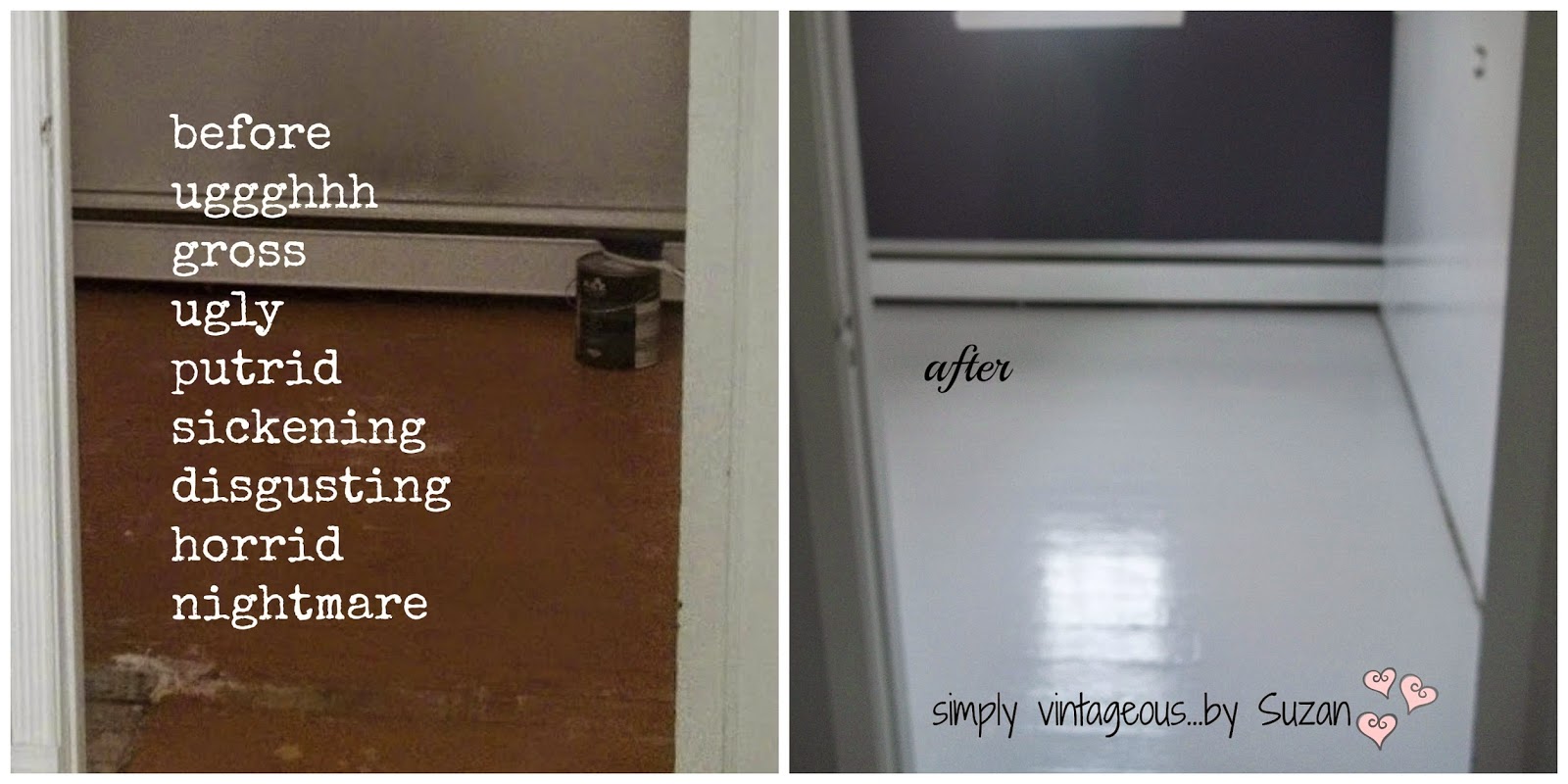 Have a wonderful day one and all !
Hugs,
Me

Looking for inspiration?
Join me at these fabulous parties !!!