A little change in the kitchen ! 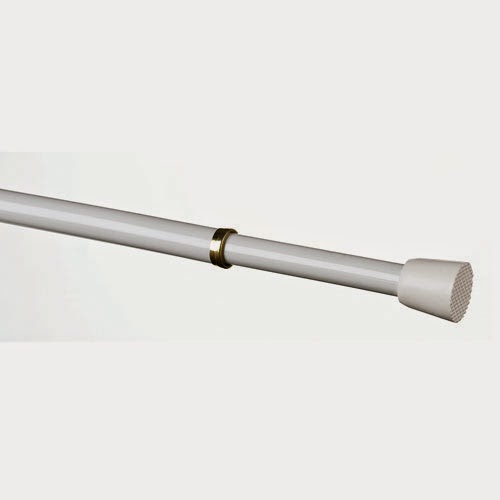 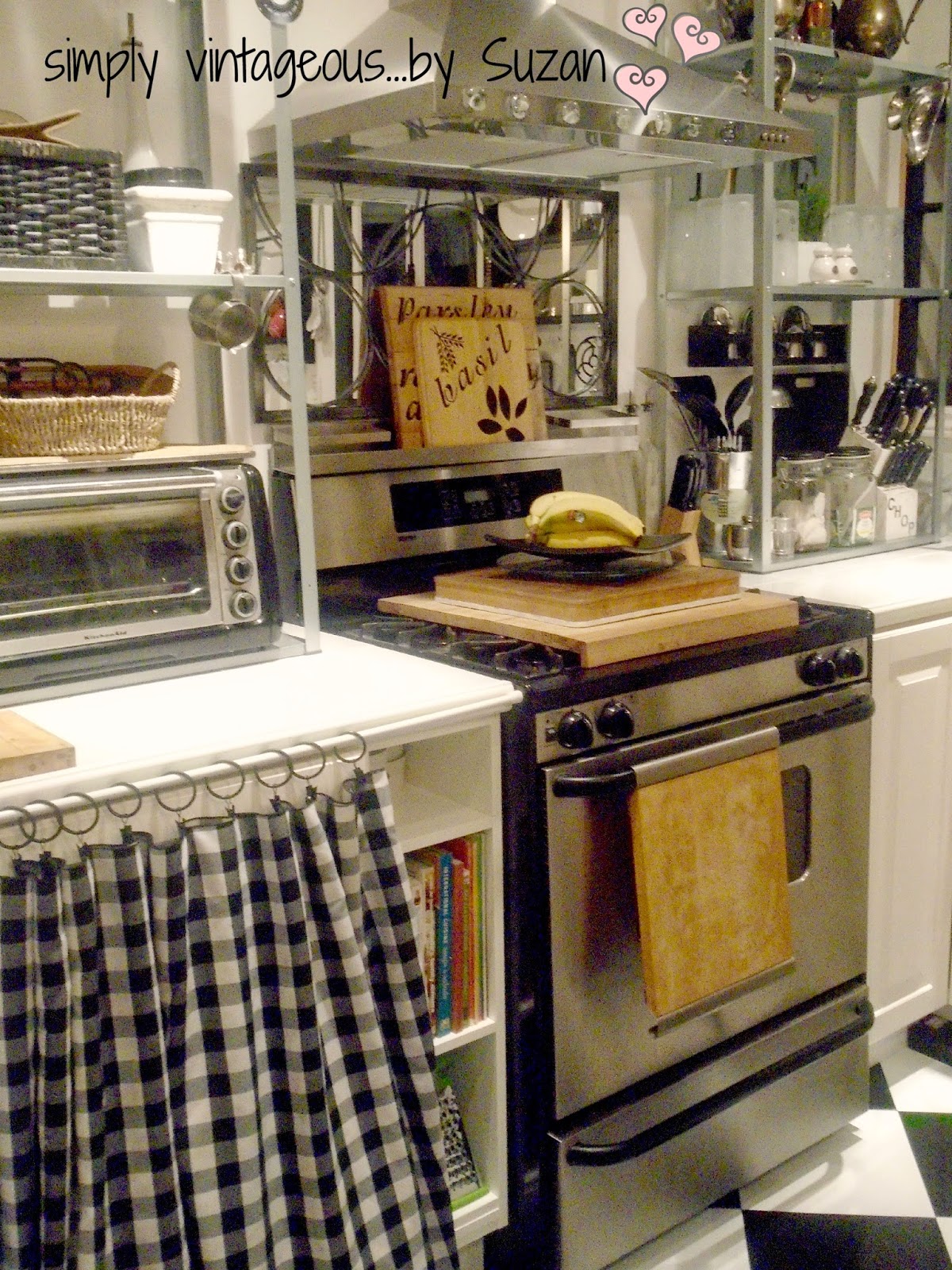 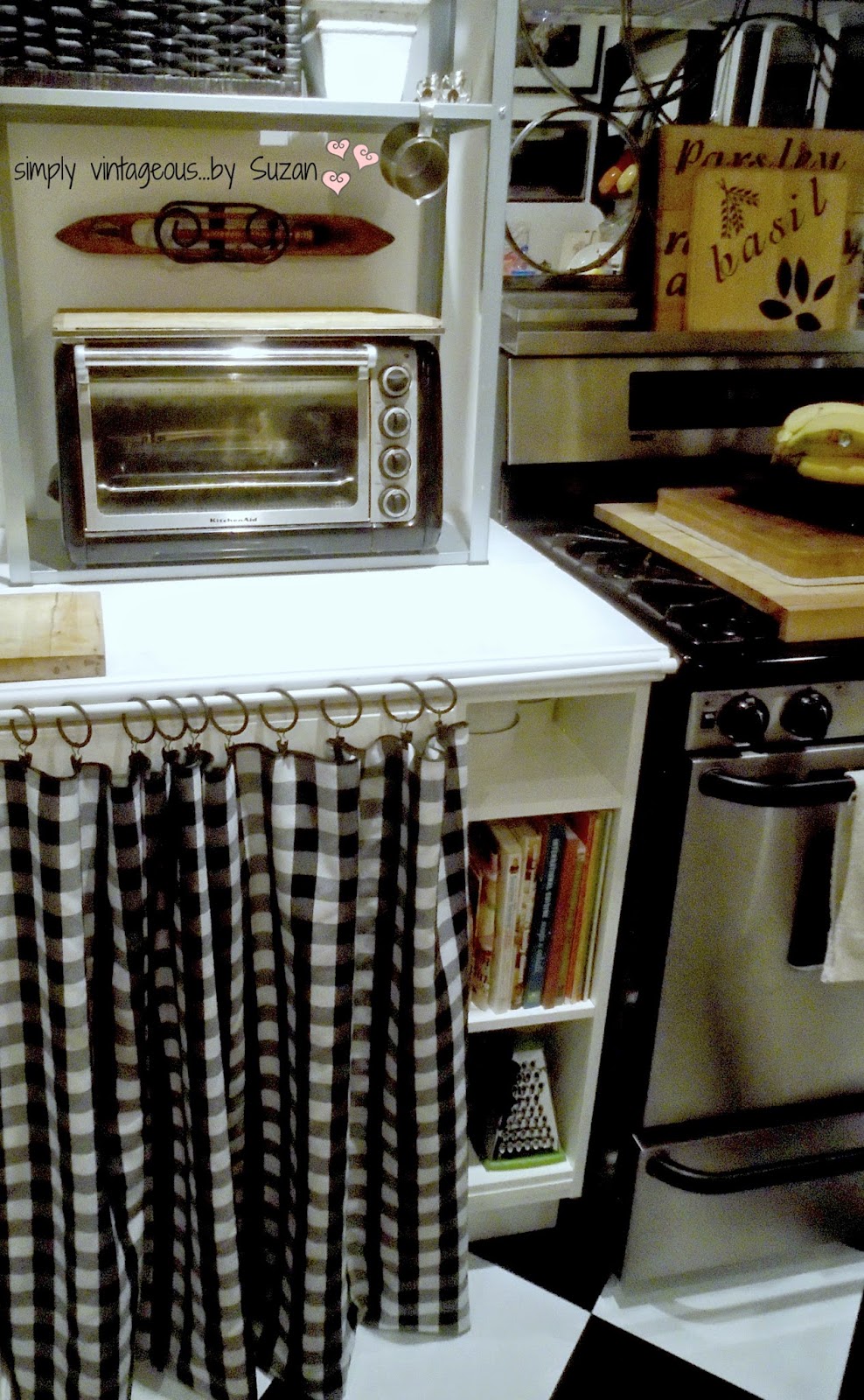 Again I used a tablecloth - I simply folded it in half and the best part of that is?
I can whip it off when we're having supper LMHO !!!

Here's the table cloth on the door in case you've forgotten - he shakes his head every time he walks by it. 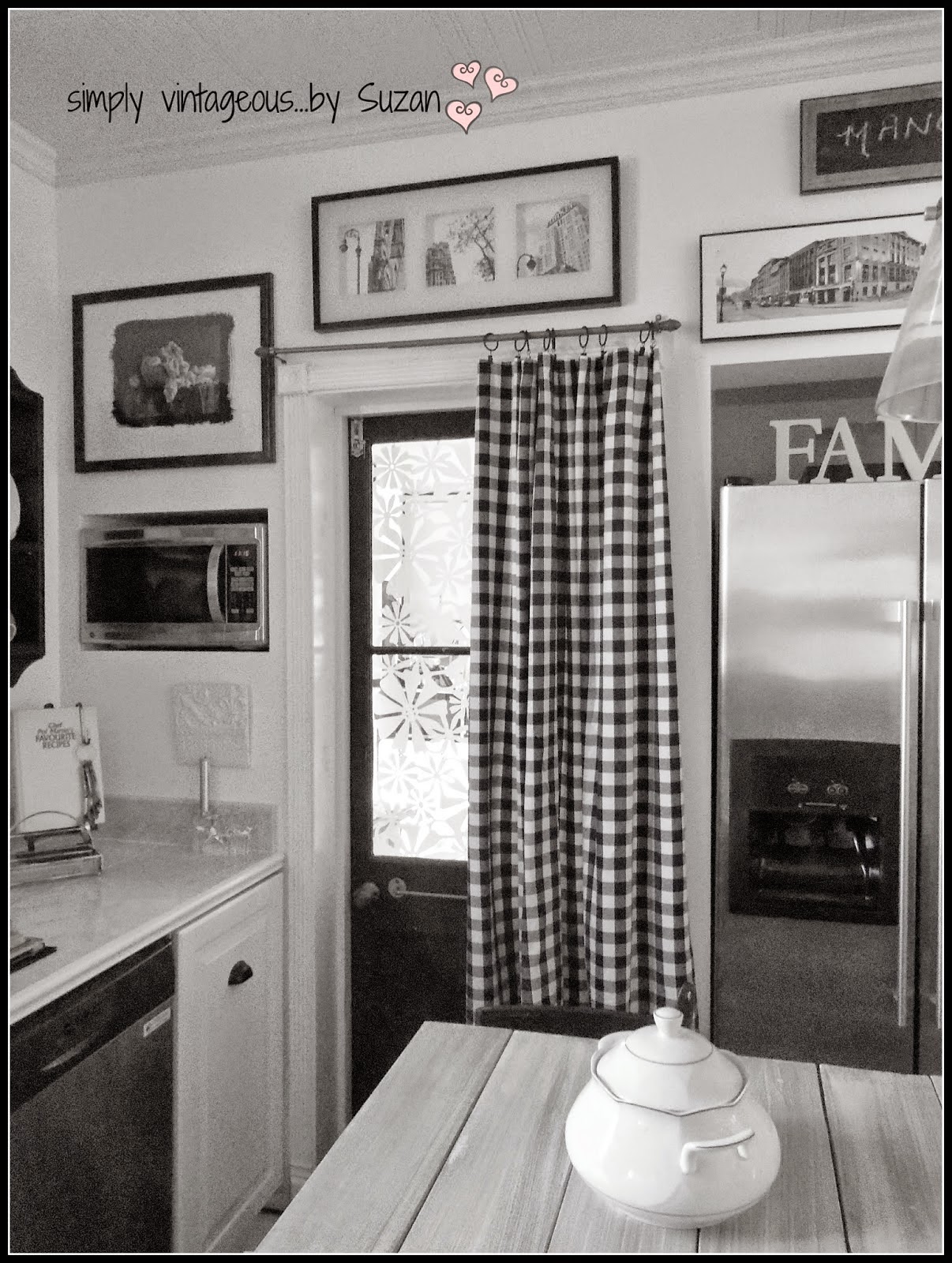 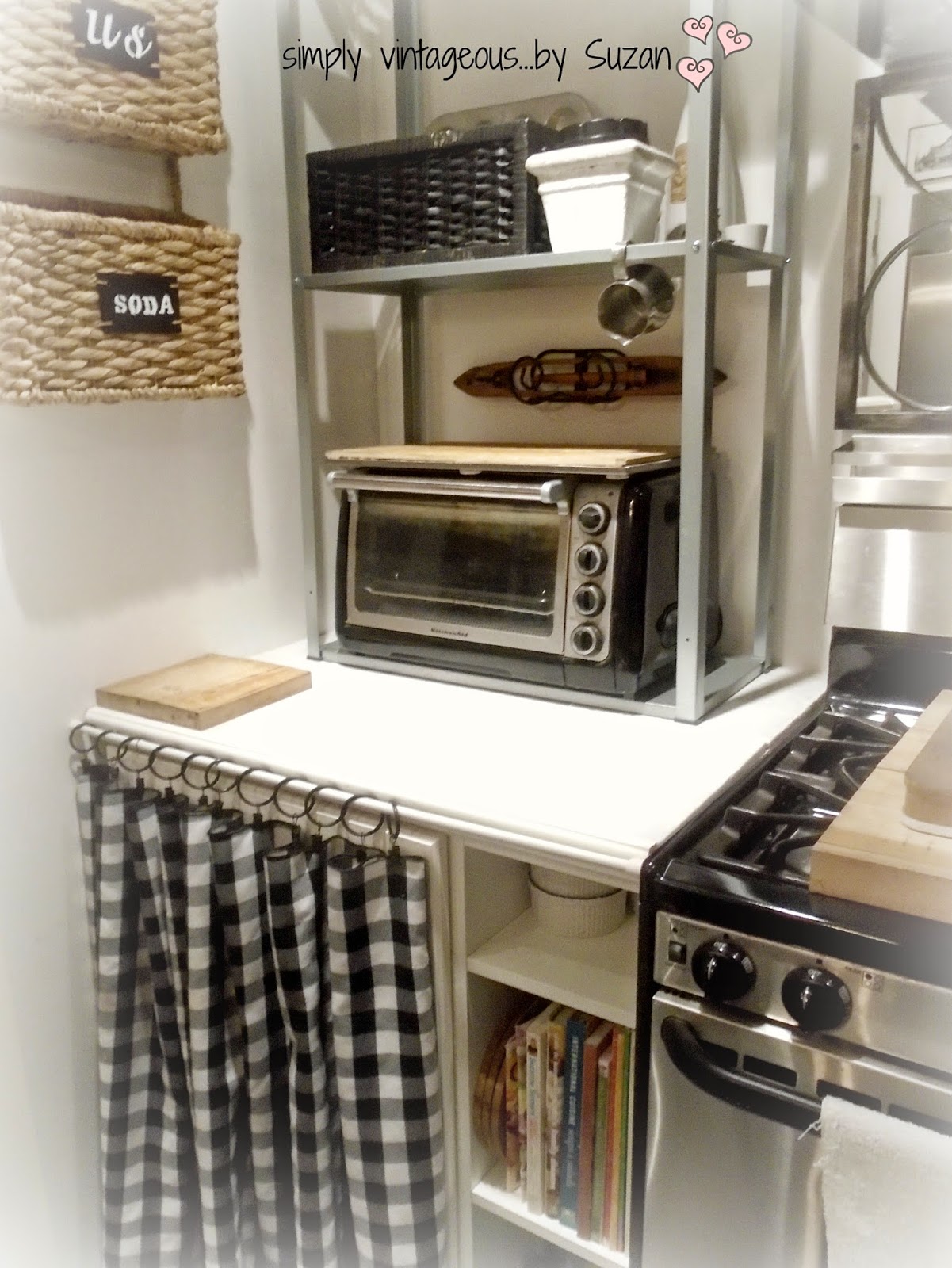 I found this jug over the holidays - and he doesn't get why I'm keeping wooden spoons in something
that's clearly meant for WATER either. 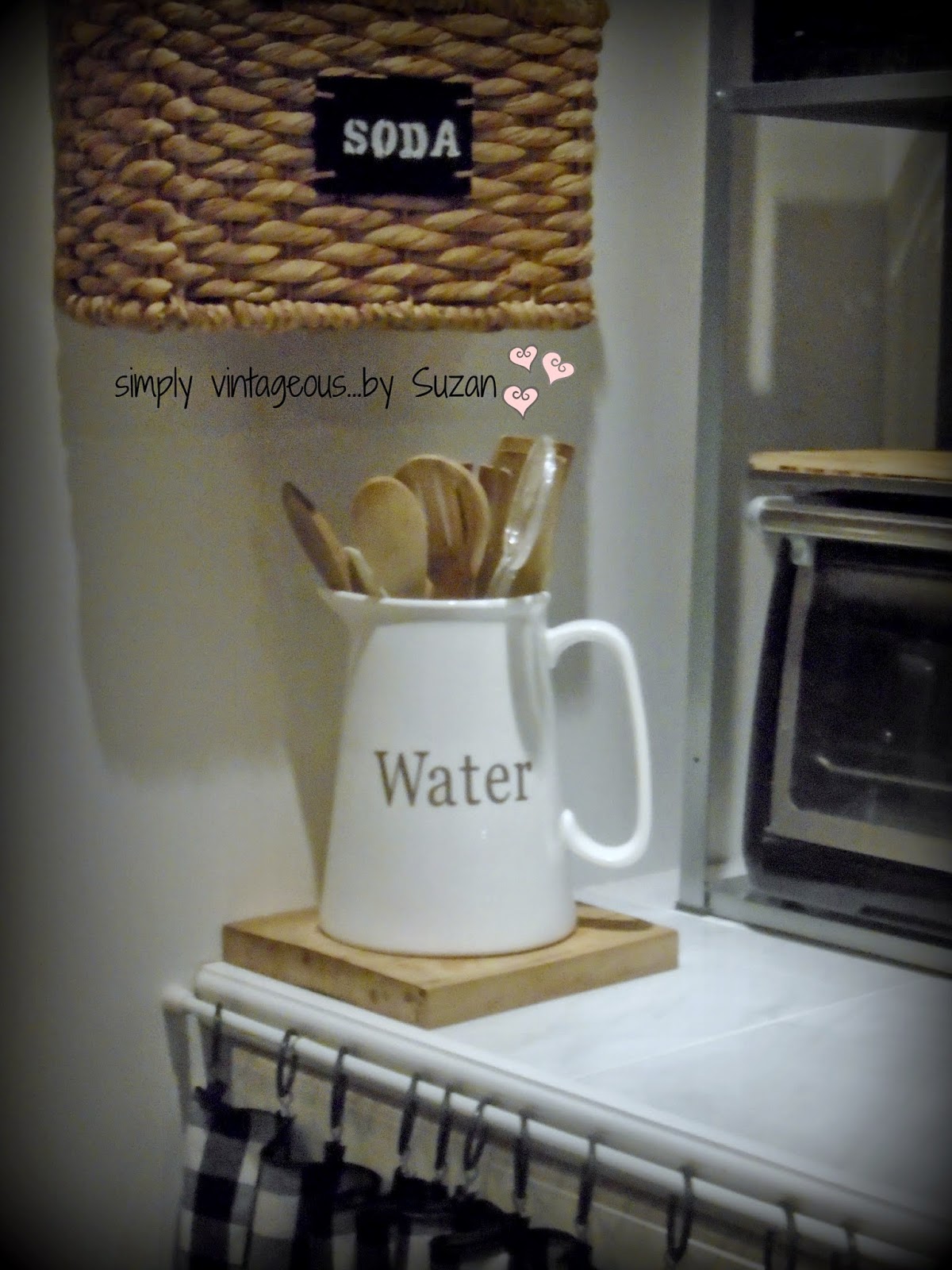 Have a wonderful Thursday everyone -
( by the way - I'm a little bit rock & roll too )
Big hugs,
Me