Love them or hate them? I ADORE them!


Creative Chaos decided to go with a ladder this year - love the star on top! Gorgous Jutta!!! 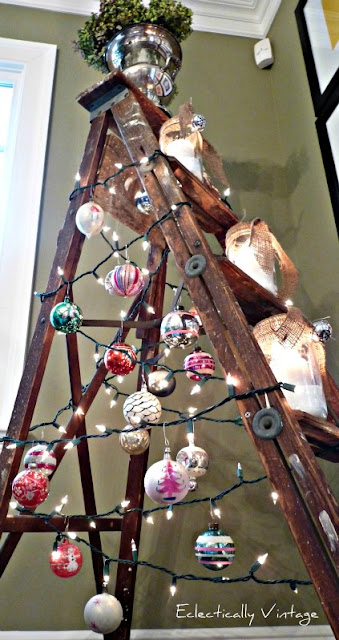 Don't DIY'ers just knock it out of the park?
EVERY. SINGLE. TIME.

You just know I had to jump in on the bandwagon, right?
You know I'm just a shameless copy cat, right?
Because if everyone else is climbing the ladder to Christmas Tree success I don't want to be
left on the bottom rung looking up

So I rummaged through the basement - banging and moving things until I found this
John says - what are you doing down there?
Suzan says - looking for the old ladder
John says - for what?
Suzan says - I'm decorating
John says - PLEASE use the newer one  - the old one is really dangerous

Oh but the old rickety vintage one is exactly the one I want to use - John was watching T.V. while
I whipped out some decorations
John says - Do you need help with the ladder?
Suzan says - Nope - I'm ok - thanks
John says - because if you're using the old one I should hold it for you.
John says - Where are you putting decorations that you need the ladder anyway?
Suzan says - Not sure yet - but I know I'll need it so decided to bring it up

Suzan says - can you bring me up the other ladder later?
John says - NO!!!  GOOD GOD ISN'T ONE ENOUGH?
Suzan says - don't be silly - I need the other one to actually decorate the house now
John says - Why don't you use that one? 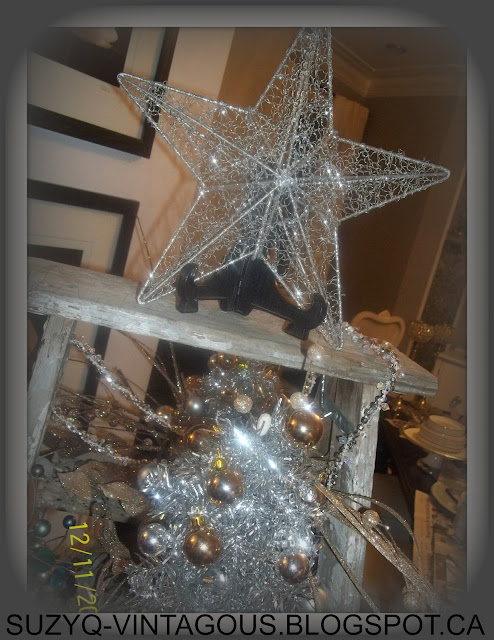 Suzan says - And don't act like you like it when everyone else goes on about it
John roars - Is that what you're expecting Suzan - you think everyone's going to go on about this thing?
John says - I think you're going to be a little disappointed my dear
John says - Welcome - welcome to our home - Merry Christmas - please don't mind the ladder................ 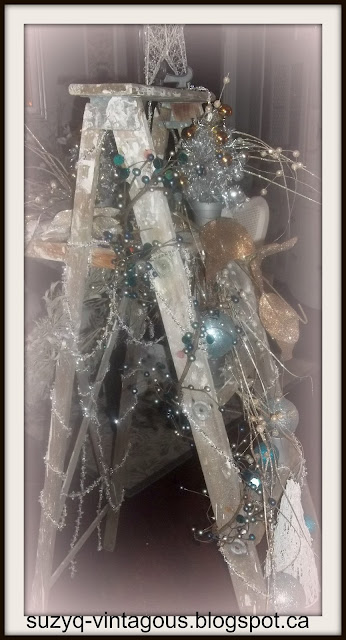 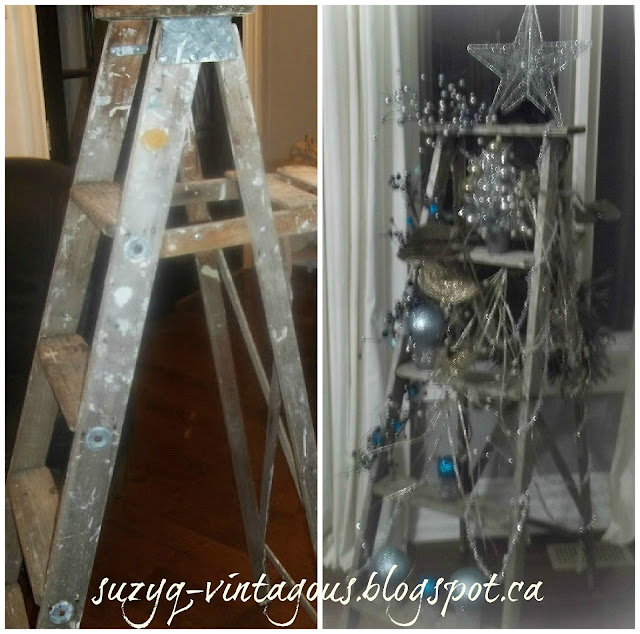