I thought I'd share a little today - I have an ongoing beef with John - a daily beef - he always leaves his shoes scattered by the back door - not neatly - just kind of thrown there - and every single day I trip over them.
EVERY SINGLE DAY.
You'd think I'd know by now to check for them - especially since I walk with my head down looking for centipedes every moment of my life...........( and every now and then my diligence in that matter pays off - when I spot one - and scream frantically as I kill it )
But for some reason I'm always tripping over John's shoes.

When I first met John he was the epitome of the British business man.  He dressed in Canali suits - had his shirts made - and only bought his shoes at Cole Hann.
He never went out without a tie - and didn't own a pair of jeans.
Let me repeat that - HE.  DIDN'T.  OWN.  A.  PAIR.  OF.  JEANS.
John is not from London - he's from Yorkshire - how he couldn't have owned a pair of jeans I have no idea.

I rectified that as soon as I possibly could - explaining that he had been in Canada for over 25 years at that point and it was time to get with the program - and I actually went out and bought him a pair of jeans - black jeans - because in his mind only farmers wore blue jeans.  ( when I tell you we're world's apart you have no idea )
BUT - he did get this high heel wearing girl into her first pair of Cole Haan penny loafers - so it all rounds itself out I suppose.
Okay - so now you know who he was...................

But really John?
Do you really think I have limits? 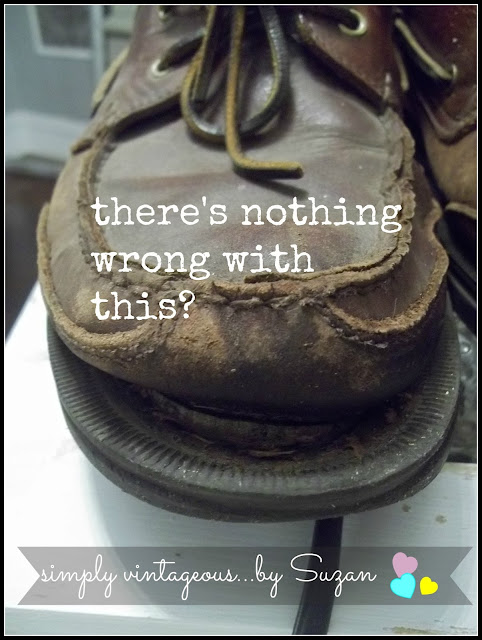 They look like Batman's JOKER of the shoe world don't they?
That's one evil looking grin going on with that sole.
Or they're happily on their way to being a steak 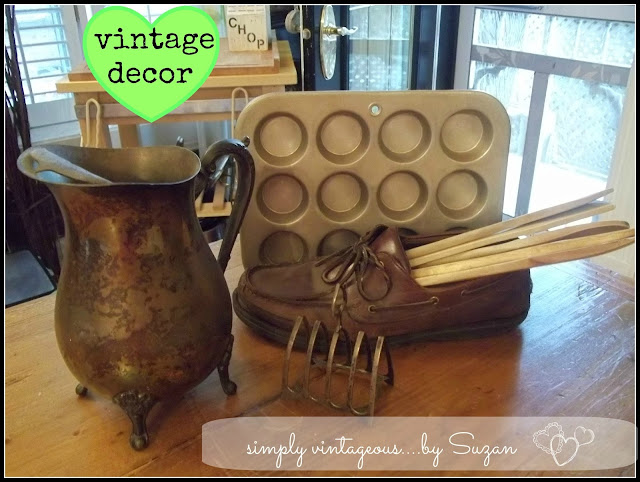 John says - why are the wooden spoons in the dishwasher?  I thought you said the dishwasher dries them out
Suzan says - DON'T TOUCH MY WOODEN SPOONS!!! 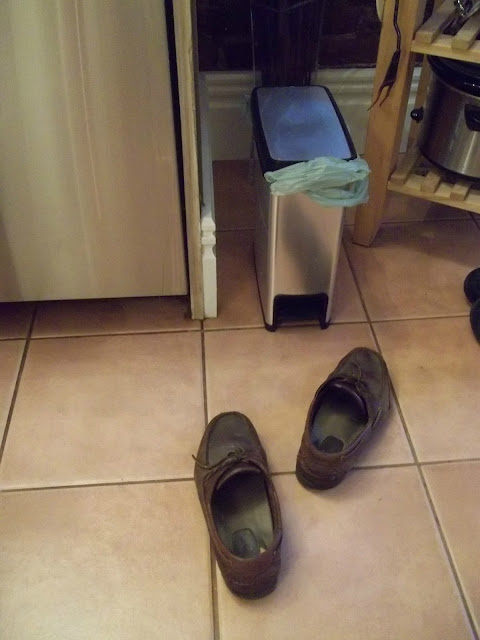 ( P.S. I had to run up and down the hallway with a shoe hidden in my nightgown at 7 in the morning to take these photos - he'd kill me - or throw a shoe at my head - if he knew I was posting this!!! ) 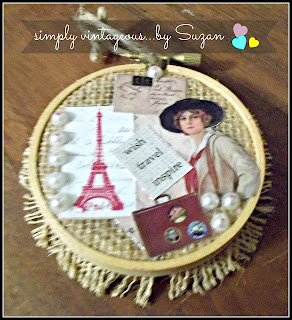 Have a great Thursday all
Much love,

Sharing with
Mellywood's Mansion
Posted by Unknown at 1:02 AM