Hi !  Good Morning !
Come in - come in - no that's ok -  you can leave your shoes on ( I haven't washed the floors in weeks )
I shouldn't admit that - but it's just the way it is - too much going on around here to worry about clean floors.

Crisp enough out there for you?

I was thinking about why we call Autumn the Fall..........................
Do you think it's because all the leaves start to Fall?
( if that's the case why don't we call Spring - Rise? _
And does that mean I'm in the Fall of my life ( because parts of my body that are supposed to be perky are starting to fall also )
O.M.G.
The summer of my life were such incredible years - maybe that's why it's my favorite season?
I hate raking.
Leaves and/or boobs.

SO...................speaking of everything " falling " a girlfriend of mine has been trying to get me to join Yoga for a couple of years now -
I've always had an excuse - for 2 years straight I have managed to find an excuse every single time for why I can't go  - working on the house - painting furniture - kids are coming over for dinner - I don't feel well - in grown toe nail - really any excuse would do at all.
Until I completely ran out of them .
Until I realized I'm waking up in the morning with more aches and pains that I can stand.
Until it dawned on me that at this rate I'll be finding excuses until the day I die.
This week I went out and bought a pair of yoga pants - just in case type of thing..............
And then I painted my toe nails ( just to let you know how deeply I was considering this ) 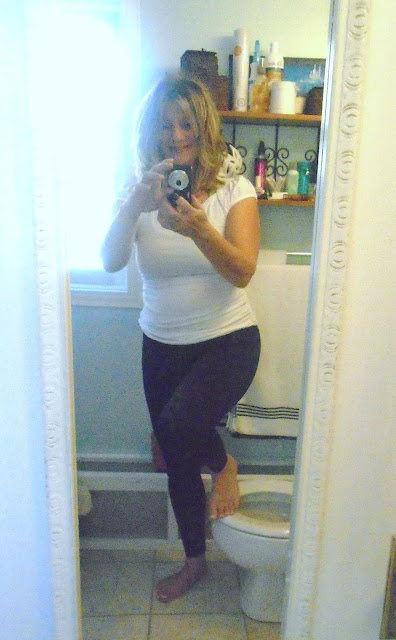 And since I want to be able to eventually lift that leg higher than the toilet bowl - I ACTUALLY WENT TO A YOGA CLASS !!!
I think I may be hooked - I REALLY enjoyed it !
A facebook friend told me about a new exercise class so I googled it and we have it in Montreal - it's called
PURE BARRE - and looks amazing!
Here's the one in Montreal...........in a historical building - win/win !!!

This is a comment I received this week on my blog

Remember that holey pumpkin I took from my daughter's house? 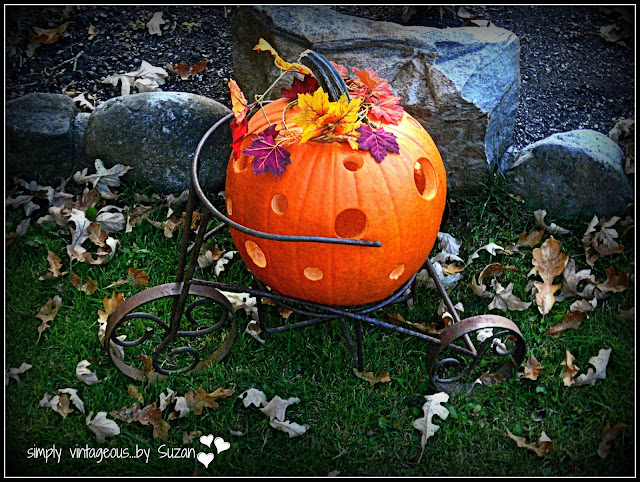 Well I noticed the other day that the " lid " had blown off so I bent down to pick it up
DEAR GOD
( and 5 Hail Mary's ).............there was a squirrel sitting INSIDE the freaking thing - munching away idly and looking out at me from one of the holes like it was his personal window. ( had their been curtains on it I think he'd have simply closed them )
I screamed and ran into the house and bolted the door as quick as my fingers could do it - like there was a murderer right behind me...
The neighbors have probably never heard so much screaming in their lives because I seem to do it quite frequently in my " new " location.
Anyway I sat there banging and smashing at the window trying to scare it off.
A neighbor walked by and mistook my frantic banging as a way to say " HI ! "
She waved back enthusiastically.
Next time I'll have a sign that I can hold up - saying HELP !
I wish I were as brave as the squirrels that live here.
Most squirrels see a human approach and run.
I see a squirrel approach and run.
I've empowered them with my phobias.
And there's nothing worse than an empowered squirrel - they SMELL the fear - just trust me on that one.
They walk around here like little muscle men with their chests puffed out and their arms outreached -
And they look angry - I just know they're saying " Hey girl - ya wanna piece of me? "
If it were legal they'd probably pack little guns.
_________________________________________________________________________________

Last weekend I was outside on a ladder - trying to get another window painted - beat the clock so to speak
as light flakes of snow were falling on me !

Suzan says - I wanted to get all this done by the end of September.
John says - What done?
Suzan says - The windows - the shutters - putting the outdoor furniture away - etc.
John says - You know who you remind me of?
Suzan says - WHO?  ( more than certain he's going to say Kate from the Taming of the Shrew or some such bitchy character............)
John says - All those people that would not cross the ocean when Moses parted the sea.

LET ME REPEAT THAT FOR YOU - SO IT CAN SINK IN.

John says - All those people that would not cross the ocean when Moses parted the sea.

If any of you can see a connection there - PLEASE enlighten me - because even after he tried to explain it to me I was clueless.

John says in a squeaky voice - while wringing his hands -  OH WE'LL NEVER BE FINISHED IN TIME - WE'RE DOOMED !

3 things you should know about me.
I don't have a squeaky voice.
I never wring my hands.
I don't think we're doomed.
Not at all.
But like Kate from the Taming of the Shrew I'm furious !

John went to Toronto for a few days on business this week.

He got to Toronto - saw all his appointments and called me around 7 p.m.

John says - I don't want you to panic
Suzan panics immediately - which he knew I would - why would he start a conversation with that line????
John says - The whole city is booked - I can't get a room
Suzan screams - I TOLD YOU TO BOOK A ROOM - OMG - YOU DIDN'T BOOK A ROOM?

I called dozens of hotels from Montreal -
He drove all over the city for a couple of hours looking and finally found one................