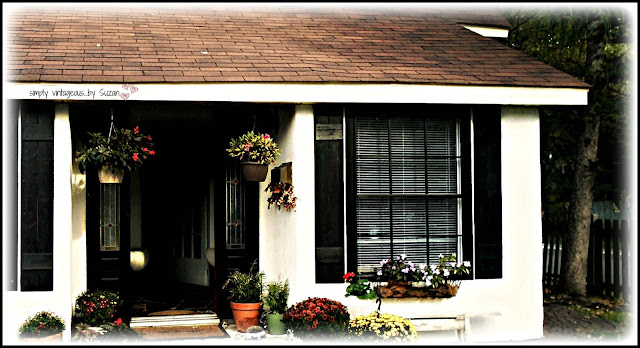 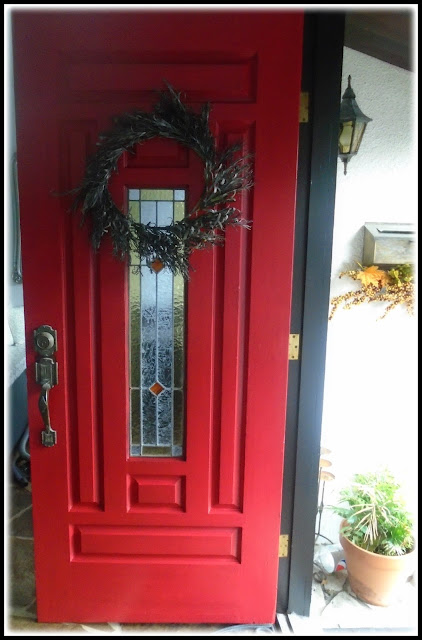 Not so much..............
And now I'm in a real conundrum ( that's the FIRST time I've used that word ever in my life but it's so fitting because this really is a conundrum )
John loves it
I know this because every time he steps out and comes back in he booms out " I LOVE IT "
And I don't . 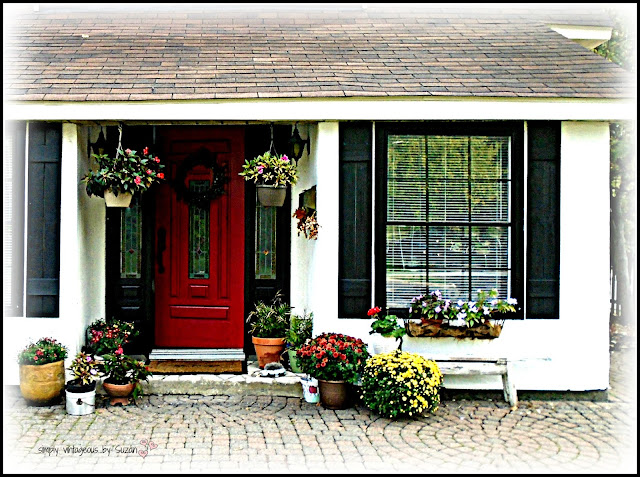 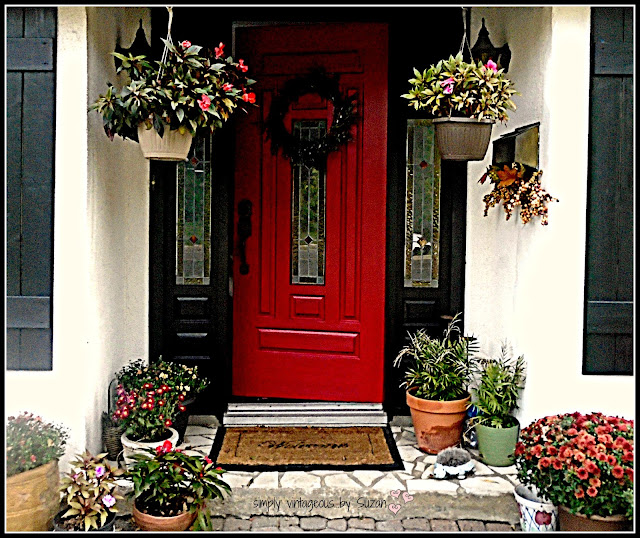 I'm gong to buy two urns for either side of it and fill them with greenery ( all the flowers will be gone in a couple of weeks - it's getting colder here now ) but it's not the flowers that are throwing me off.............it's the door itself.

Suzan says - I wanted a yellow door
John says - Well that would have looked like a bumblebee for crying out loud. 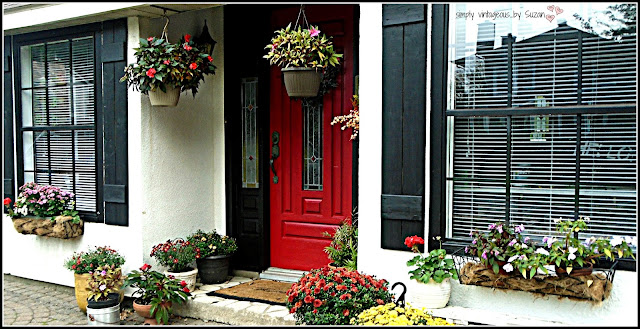 Oh my God - the more I see it the more I dislike it - and I'm feeling a little nauseated over the whole fiasco.
This is how I FEEL the conversation should go

Suzan would  say - John I can't live with it - I'm really sorry - I truly am - because I know you love it - but I can't even look at it without wanting to throw up
John would say - Oh sweetheart - if you feel that strongly about it - just paint it whatever color you'd like - I didn't realize you hated it that much - and really - my only purpose in life is to make sure you are happy at any cost............change it - I love you too much to see you in such distress - it isn't worth it - you have my blessing.

But that conversation isn't happening LOL - instead I'm told I should be in an asylum - and maybe I should be ( what color are the doors in those places anyway? )

I was trying desperately to add a little curb appeal of which this little cottage had absolutely none ( we've really only concentrated on interior renos - of which we're far from finished ) and for some inexplicable reason I DO like it a little more in the evening..........( the operative words being " a little " )

In the twilight's glow I see  ♪♪♫ 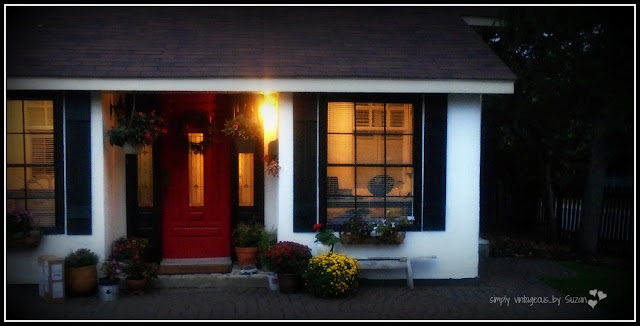 As you can see we still haven't painted the building and I don't suppose at this point it'll be this year........but I'm hoping to get all the shutters on the sides done 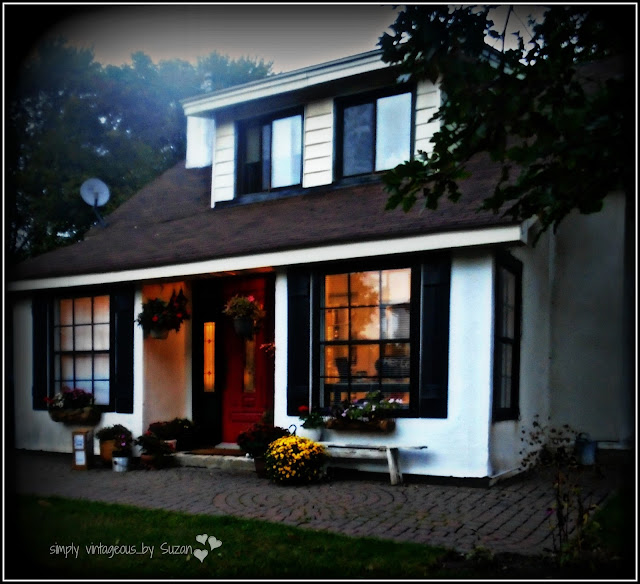 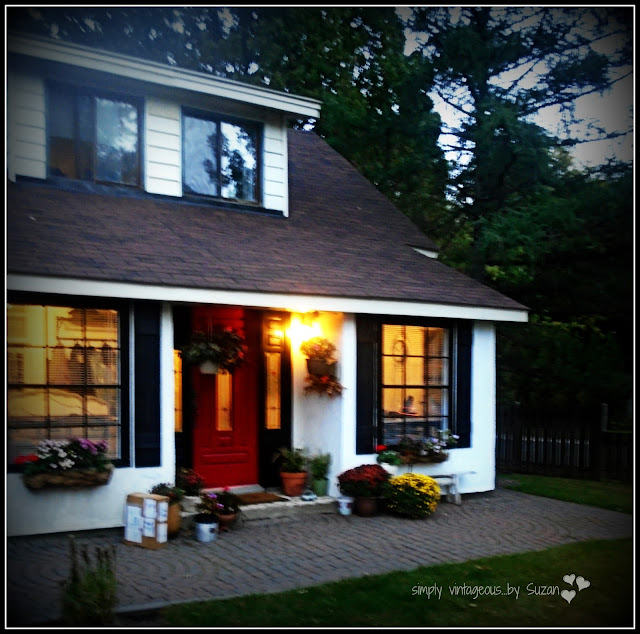 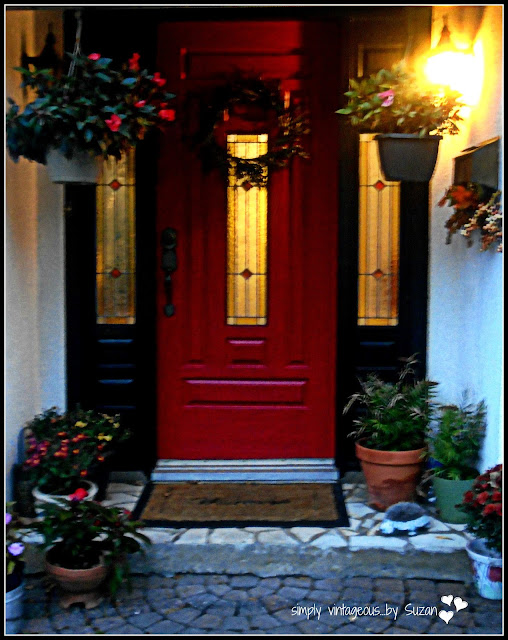 Here is was before - and it's definitely an improvement - just not exactly what I was going for. 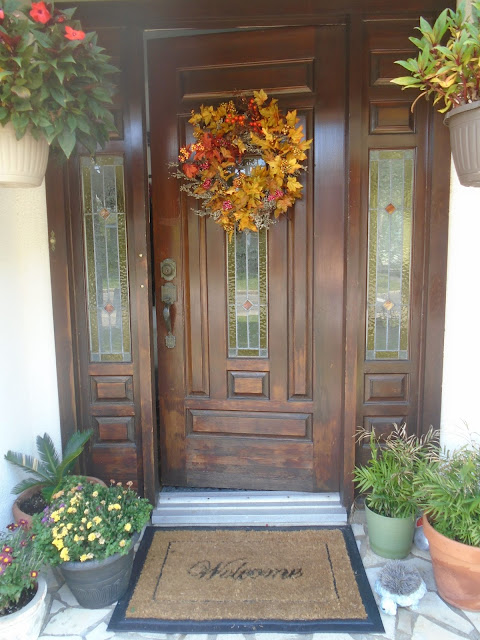 I had this post ready to go yesterday and was so hesitant over the color that I was going to delete it completely.................but that would be dishonest wouldn't it?
I mean we all make mistakes from time to time, right?
And it is better after - no?
Dear God - please tell me it's better after because I'm not sure what I've done here.
( and I should get kudos for having the courage to post this - I really should ) 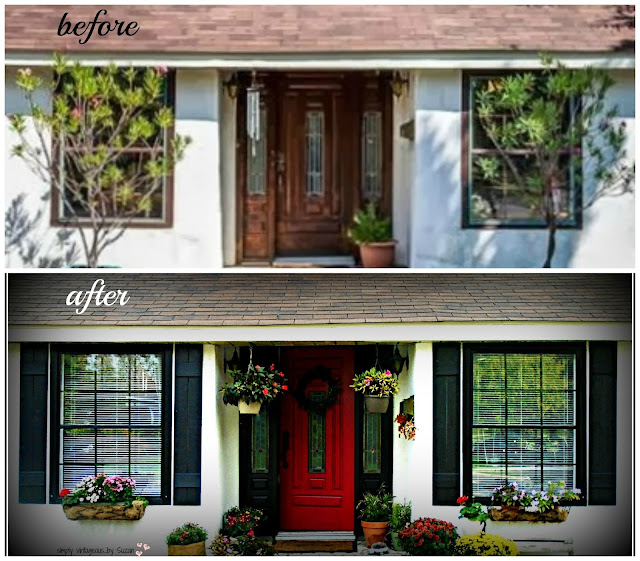 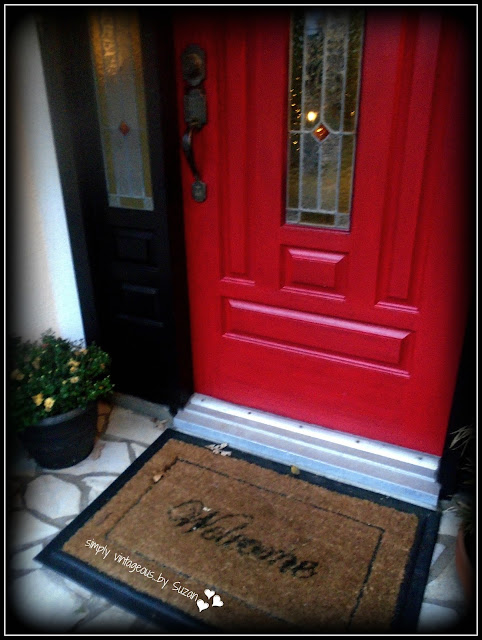 I have a lot in common with him don't you know?

Have a wonderful day everyone............feel free to be brutally honest - I can take it ( I think )
Just don't use the word " clownish " because that's kind of how I'm feeling it looks.
A clown house - with a big red nose smack in the middle of it.
I'm going to go play around with a mantel or something - nary a paint brush will touch my fingers today.
I'm scared to paint anything right now

AND this must be the most negative post I've ever written in my ( blogging ) life LMHO - I just reread it
how utterly depressing !  I must be having some type of " episode " !
So I'm going to sign off with a positive note - I can't believe how green it still is outside - nothing has started
" turning " yet and the flowers are still pretty vibrant !  ( that's the best I can come up with at the moment LOL )