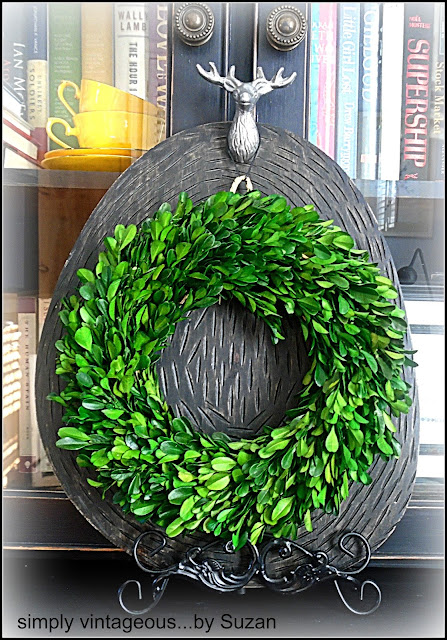 I was out shopping for some yoga wear last weekend ( yoga wear = anything that doesn't have paint splatters all over it ).when I came across this - with a sale ticket on it 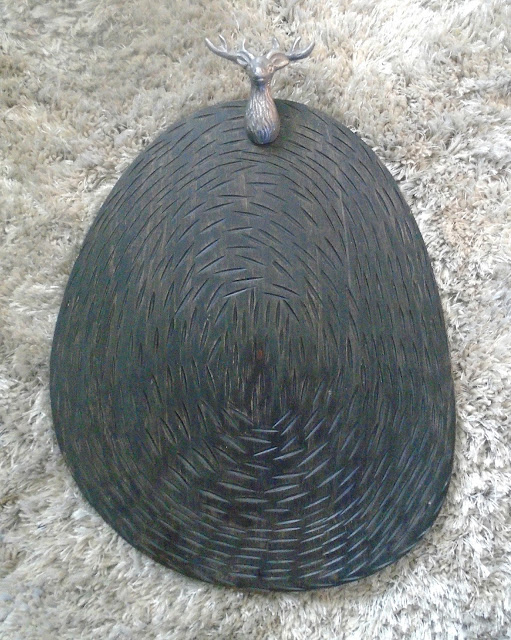 And I was drawn to it so it ended up in my cart.
It's one of those items ( of which I have far too many ) that you just know you can do something with but have no idea what yet.

John says - Did you get your yoga wear?
Suzan says Yup !
John says - What's in the other bag?
Suzan says - It's all yoga wear
John says - No - there's something pointy sticking out
Suzan says ( furious at myself for not hiding it better ) oh that - it's just a little decor for Christmas
John says - Let's see it

I took it out of the bag and

Suzan says - It's a serving tray - you just put your dish (es) on top of it and use the deer's head as a handle.
Suzan says - You know for hors d'oeuvres.
John says - It makes no sense 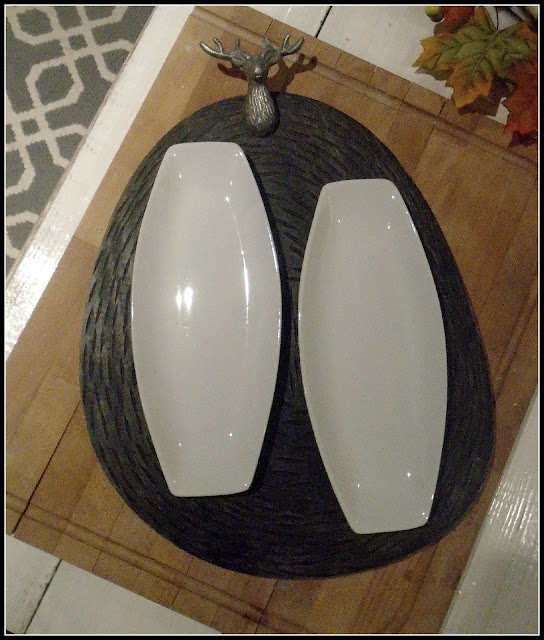 Ok so this is my question to all of you guys - can I drill holes through resin?
I have an idea for this and don't want to destroy it trying to do it.
Until I know for sure - it's going to be a backdrop for my wreath
I won't even bother repeating what John said about that look...................some things just shouldn't be out there in public. 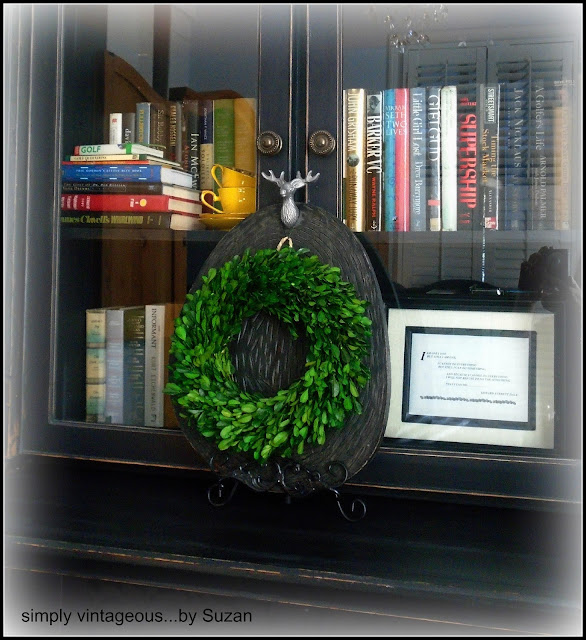