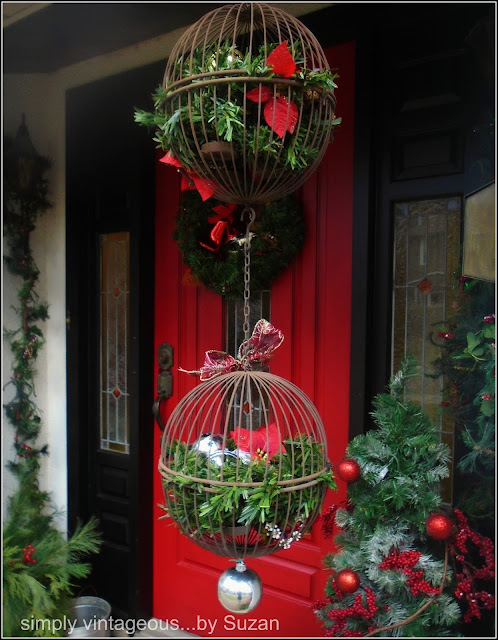 I used these  " birdcage tea light holders " in the summer in our sitting area in the back yard.
John was putting the last of the outdoor things away yesterday - so I grabbed them before they were buried in the shed 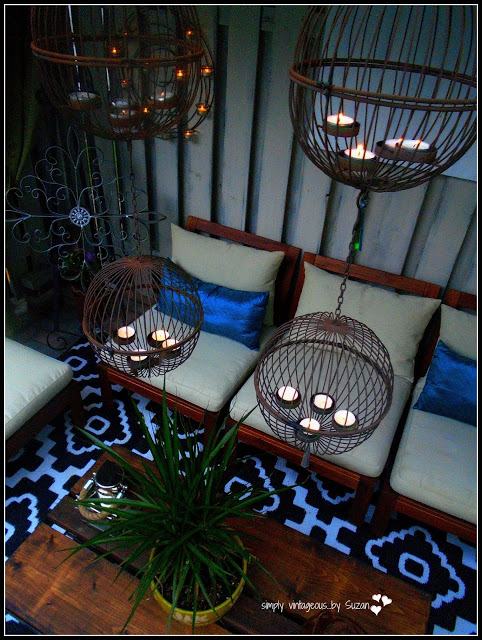 and thought I would Christmasify them using left over bits and pieces of garland that has seen much better days.............in fact they were in a " trash " pile 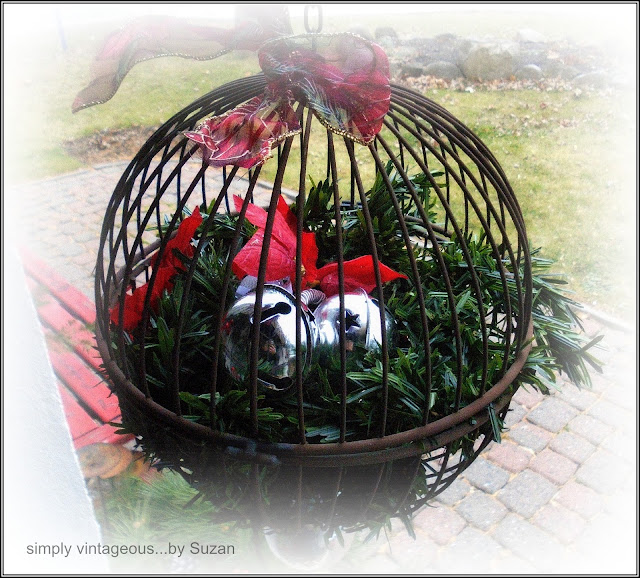 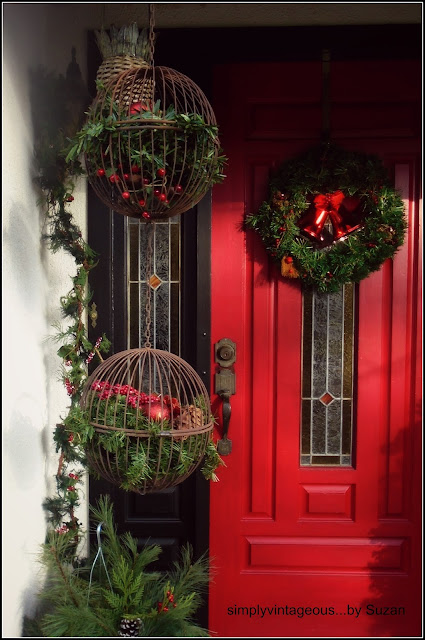 I decided to decorate a little earlier this year and take advantage of the warmer weather...........usually I'm working out there when my fingers are so numb and cold they're threatening to fall off

John says - This is ridiculous Suzan - it's November - no one else on the street has their decorations up
Suzan says - I know - but I can't do it the cold anymore - unless maybe this year you think you could do it?
John says - Well.......I suppose it's not that early.

There's nothing like getting John to see my way of thinking like asking him to do something.

When everyone else is out there battling the fierce winds and biting cold and blizzards - I'll just tsk tsk and open a switch !  ( although those weather forecasts seems to be starting later and later in the year - last year in December - Montreal looked like Texas )  but if it happens ............................I'm ready ! 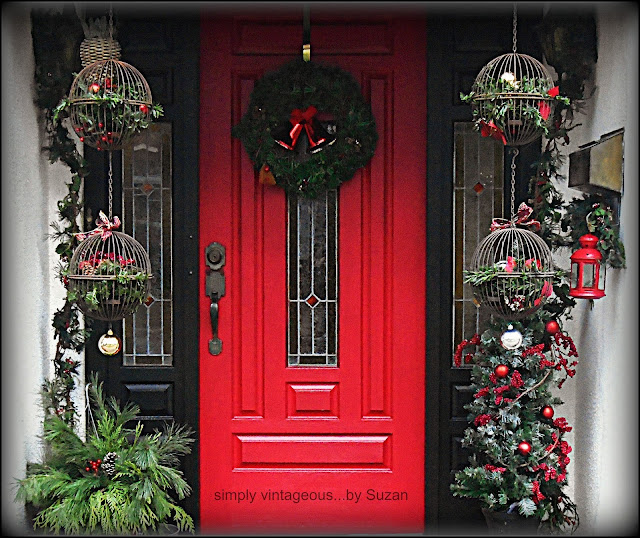 I bought that plant at Home Depot............2 of them actually so that Christmas tree on the right side will be moved - it doesn't look " right " and I'll put the second plant in it's place.
I may even stick battery operated tea lights in the cages ( the ones with a remote )

Did I mention I'm in flip flops?

Have a wonderful day everyone
Hugs,
Me