I would have loved to have bought a new sofa - something that fit this tiny living room a little better - because it's basically wall to wall -
but it was in such good shape that in the end I chose to have slip covers made for it instead.
( filthy I'm embarrassed to say - but it's been plunked down there for 4 months with walls literally coming down all around it - that's my story and I'm sticking to it ) 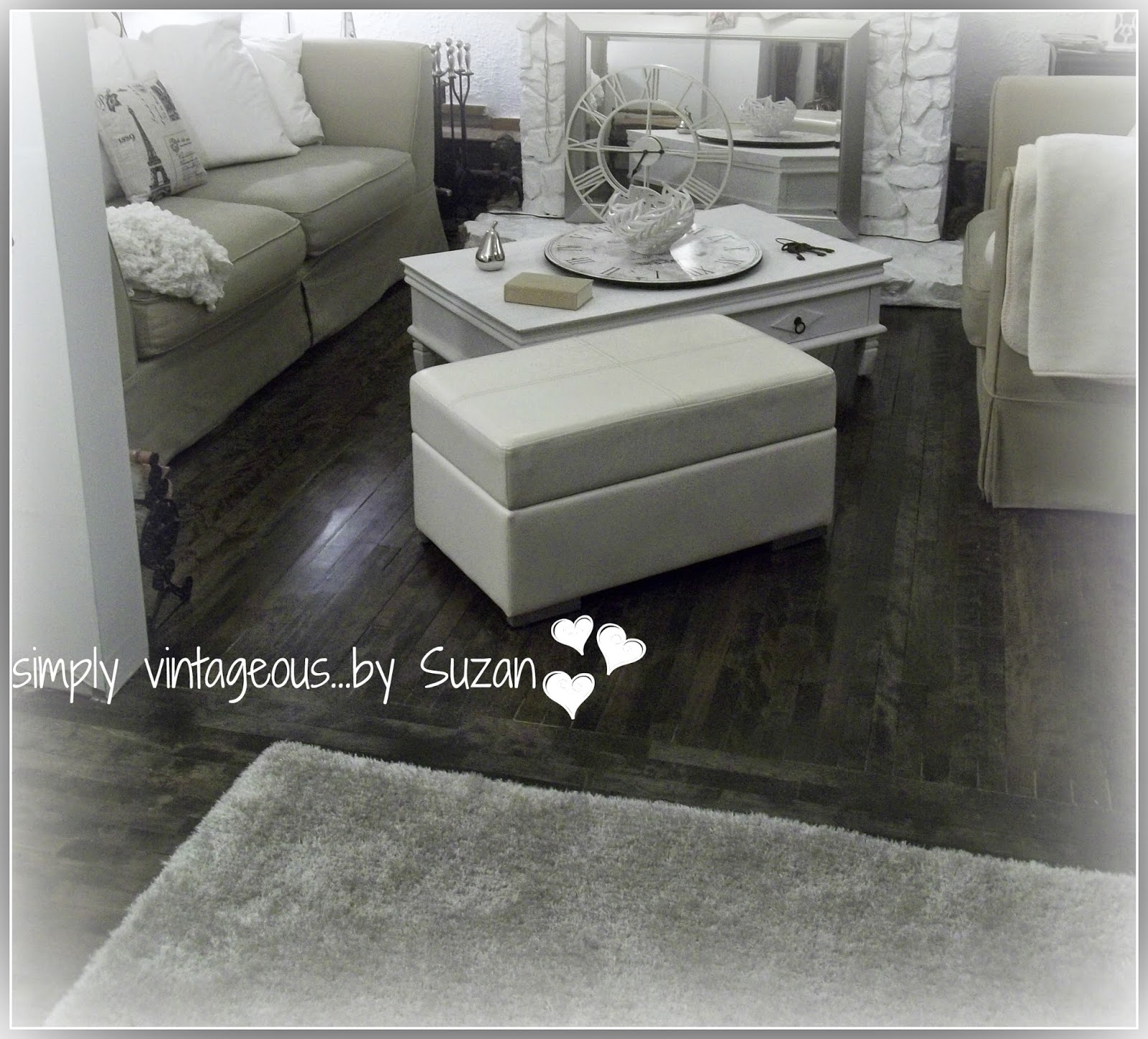 The color is ugly ( although I LOVED it when I first bought it 12 years ago and it's still in great condition speaks volumes for this furniture, doesn't it? ) 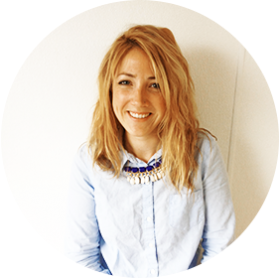 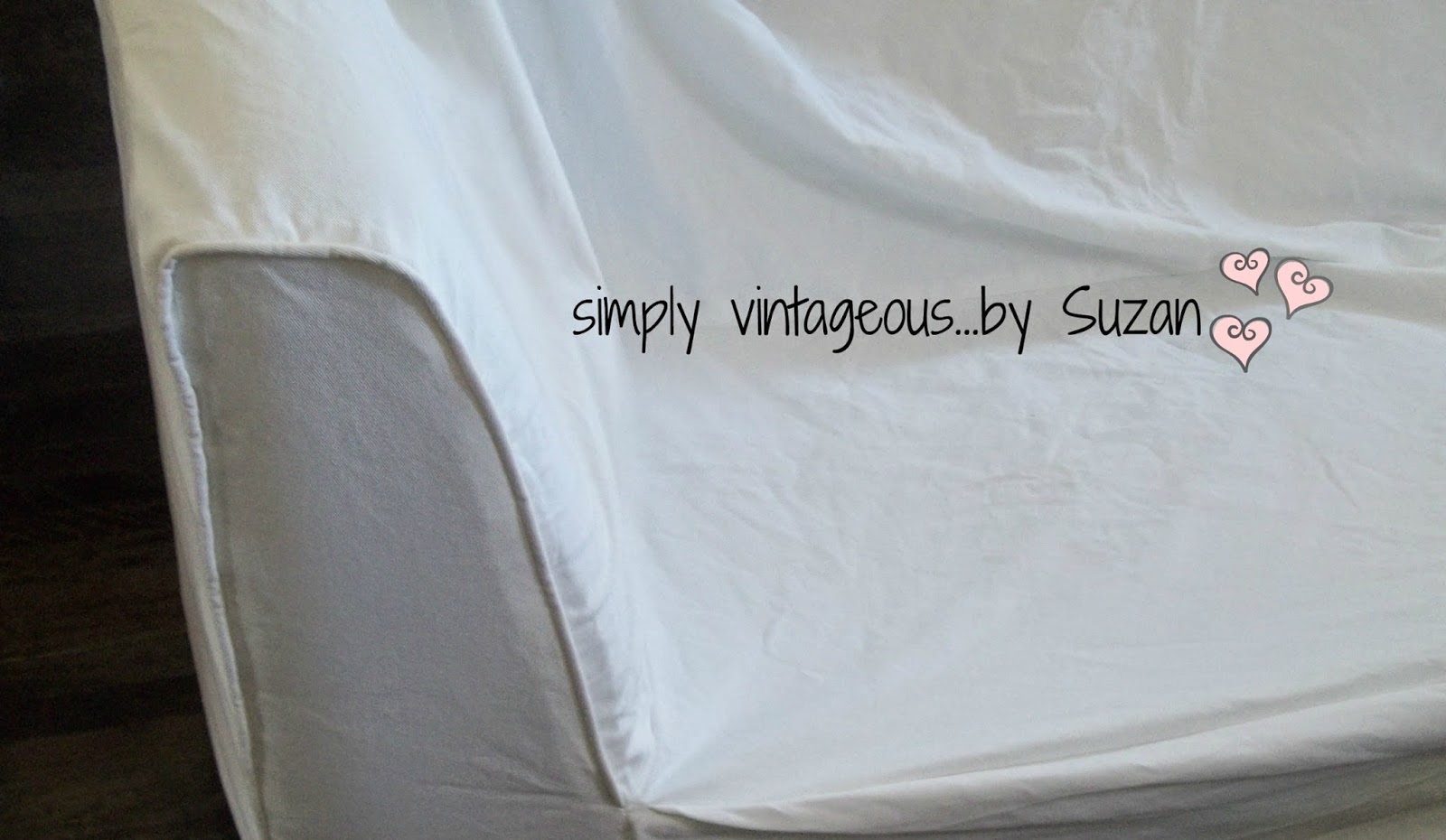 And will bring it back once it's all finished - I just can't wait -
I chose a pure white canvas - ( in the midst of renovations - crazy I know - but we already know that I'm not all there )  I'll cover them in plastic when work is being done :) 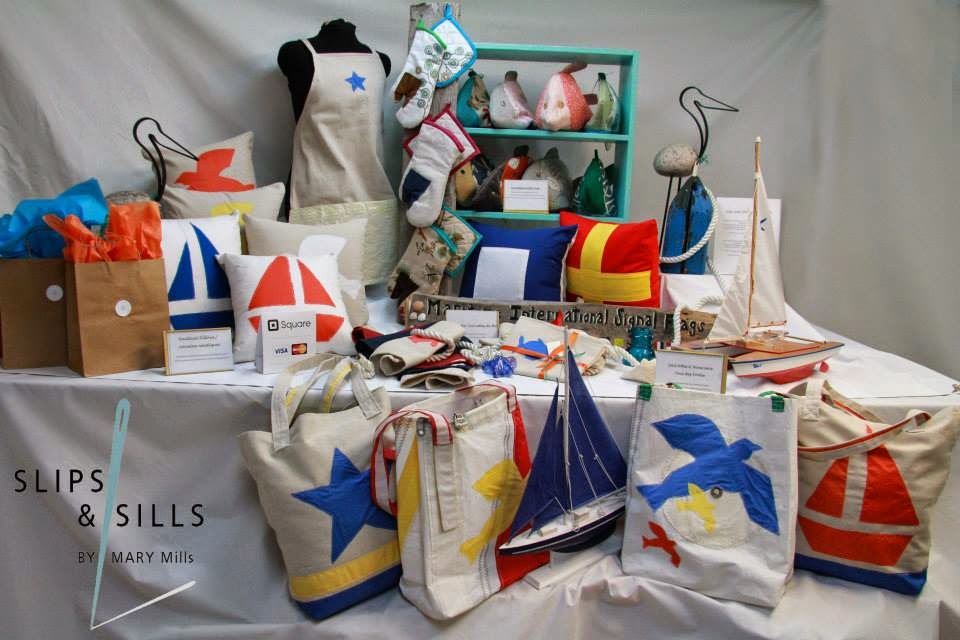 Ok - on to other things :)
I also painted the frame around the kitchen window - in the end I chose to keep the window white ( for the hardware to stand out ) and just paint the window frame ) That may change in the future but for now at least there's some black involved for contrast.................
Side note - when we placed those plate racks we centered them to the kitchen wall - and not the window - wasn't that a little stupid?  Have to change that this weekend ! 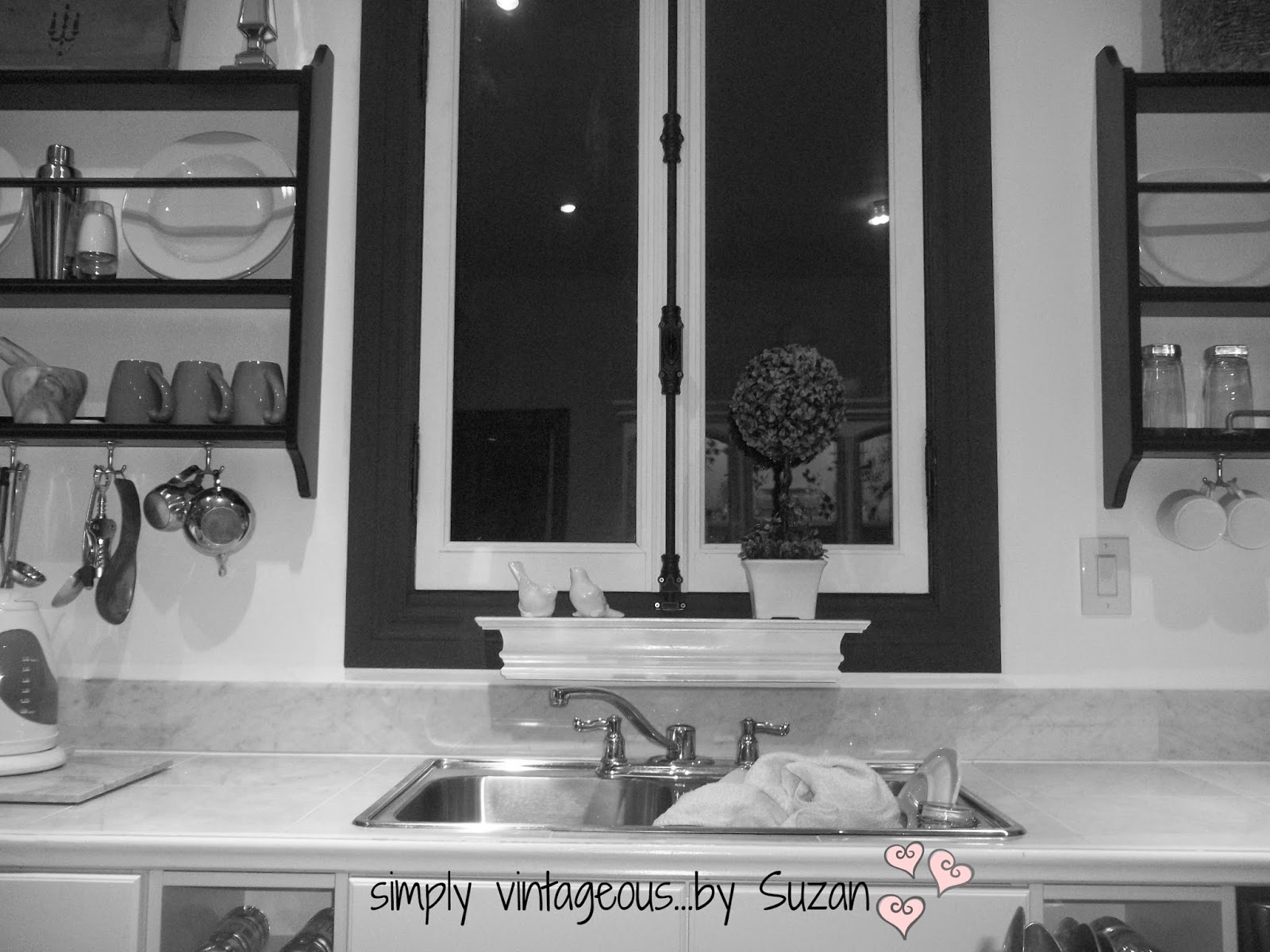 That shelf on the bottom is temporary - I'm going to have one made for the full width - for small planters of herbs - the smell of basil makes me weak in the knees - so I'm imaging some of that in small pots - with the windows open - and a breeze gently blowing the scent all around the kitchen.
The photo was taken in the middle of the night - I was terrified a killer was going to be standing outside the windows when I opened them up....................... 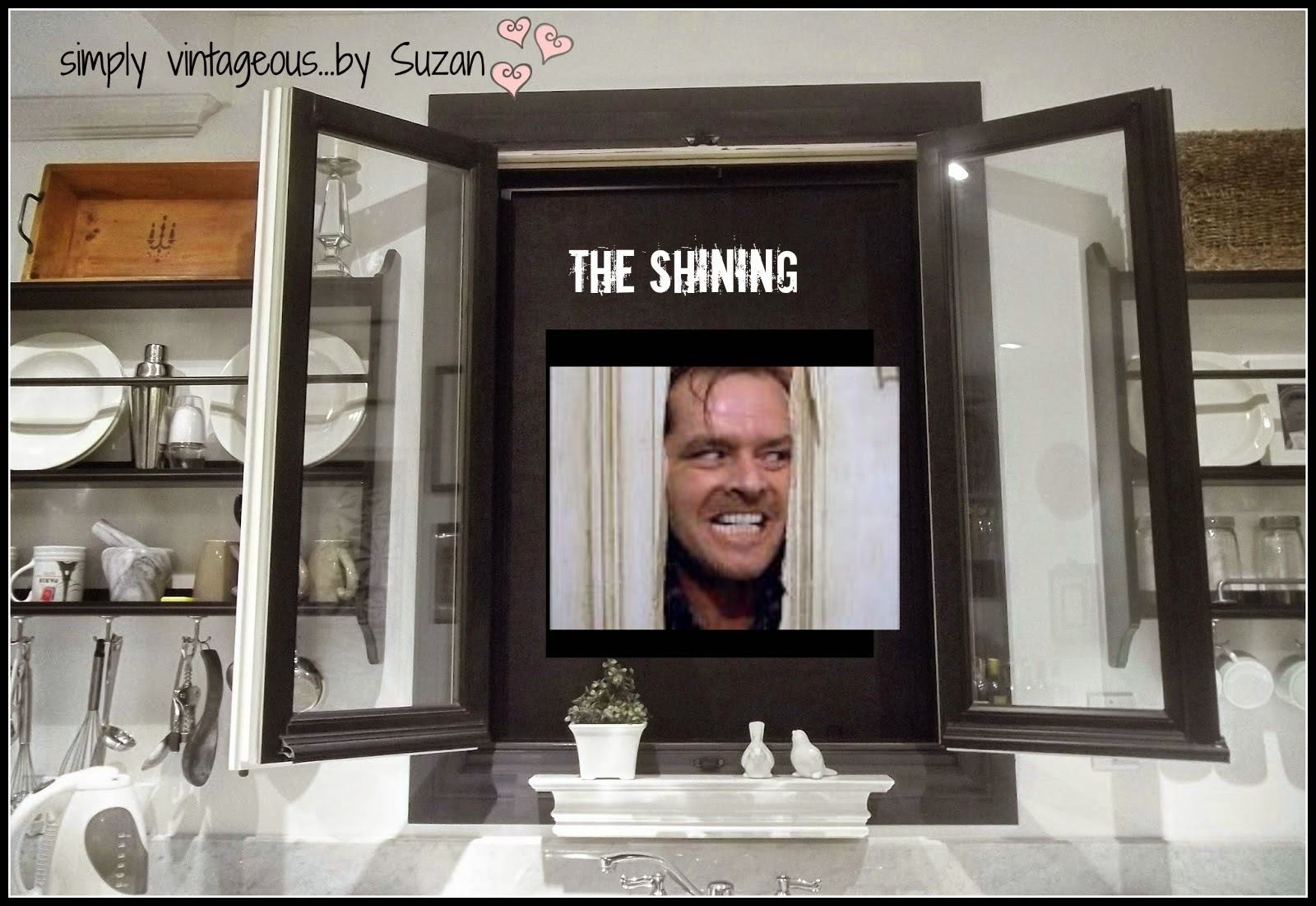 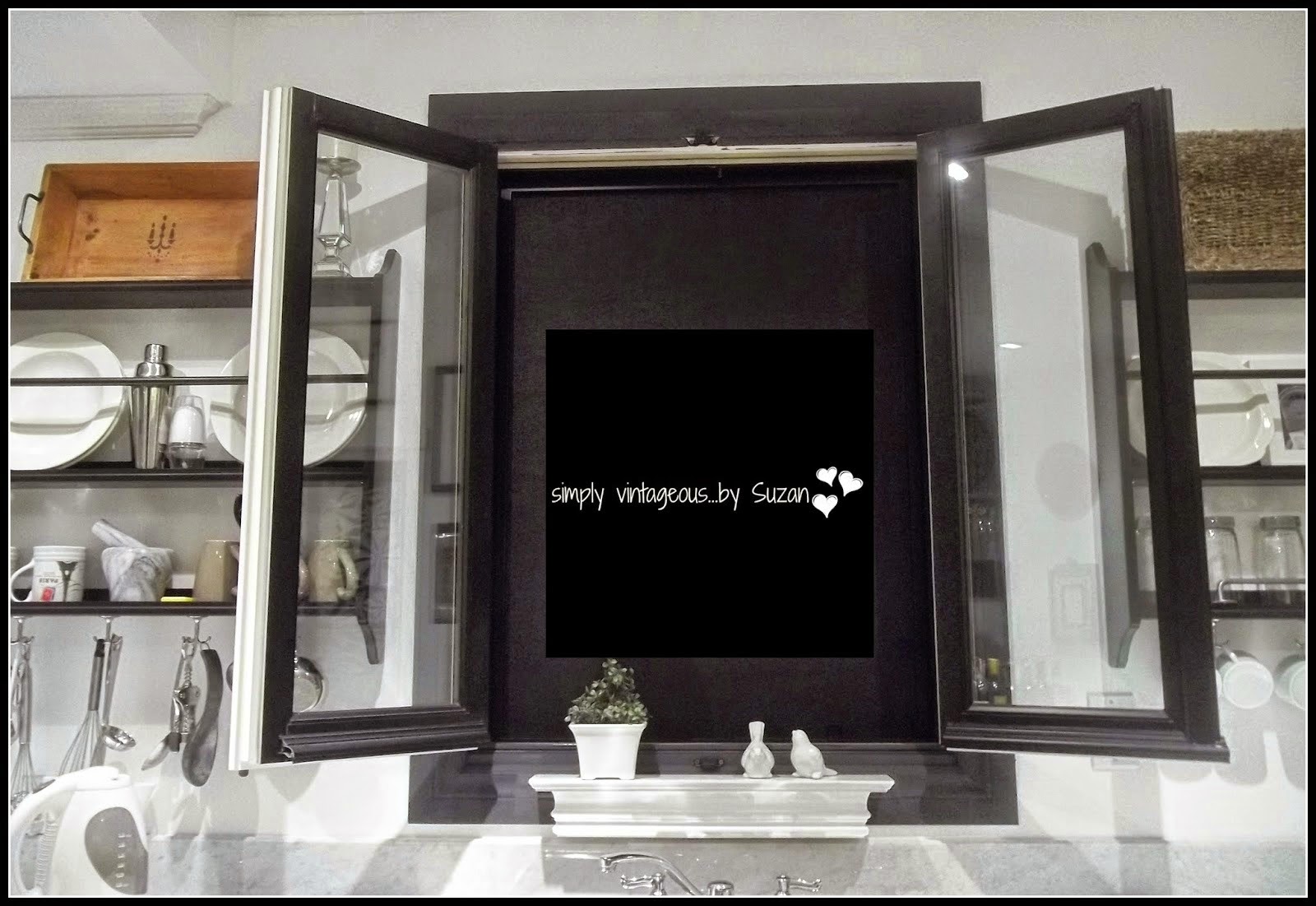 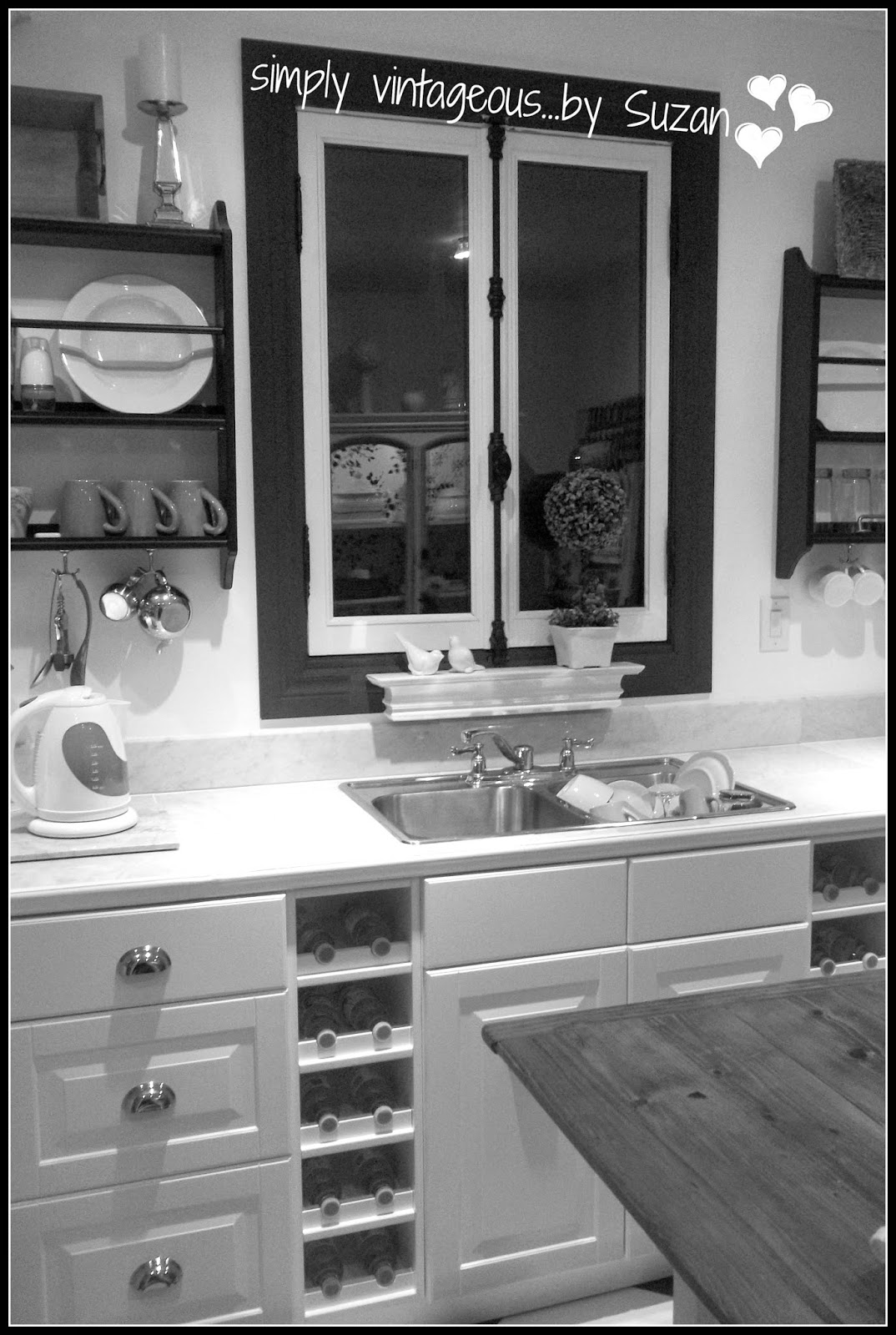 are you ready for the mandatory before and after photo?
are you sick of them yet? 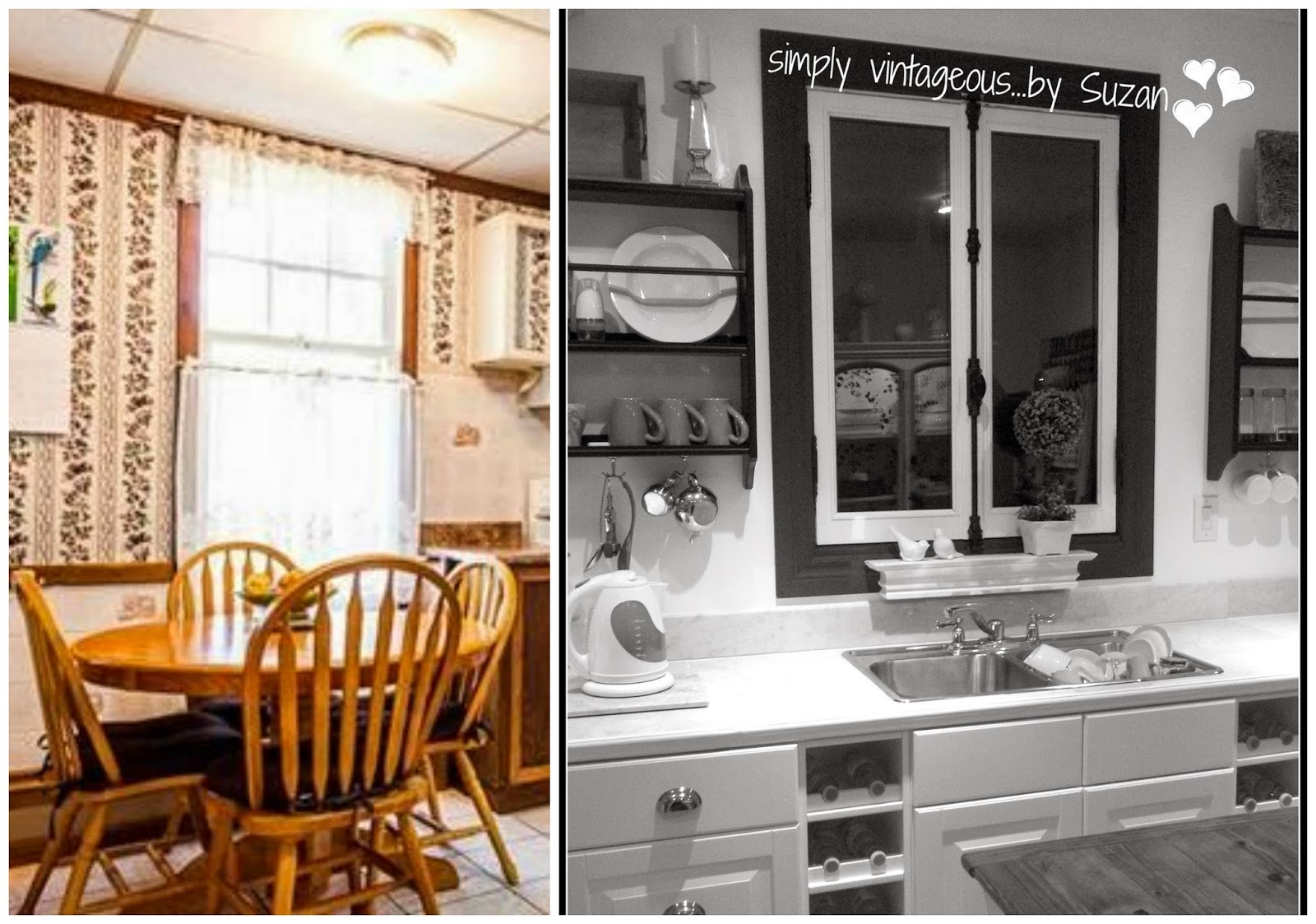 I'm on the look out for 2 pendant lights for over the island/table and then I'm kind of finished in there and I can do a final reveal instead of little bits and pieces.

This house is starting to feel like it'll never be finished to be honest with you :(

Have a great day!