Come in - could you please try to jump over the shag rug in the den?
Just jump over from the doorway on to the couch - it's a small room so not too difficult at all - trust me - I do it every day !

And here's why I do it
It's a little embarrassing but I've been over sharing since I started having these chats - so what the hell.

When I tell you I have O.C.D. you have no idea what I'm talking about.
One of the ways that it manifests itself is that I have to see vacuum marks on a rug.
It soothes me for some reason ( Oh my God Suzan - stop this series immediately )
I hate to see footprints all over it.

Why would I have the rug in the den if it causes me anxiety?
Because John insists that it stay there - he likes it - says it makes the room warmer.
So I vacuum it.
Constantly.
Like sometimes more than once a day.

When the kids were small I'd vacuum us right out the door............and leave it in the entry way -so that when we came home at night we were met with fresh brush marks.
Obviously they wouldn't last very long with 3 kids running all over the place -
Sometimes I'd vacuum after they were in bed and literally hop all over the place - you'd swear I was an Olympic Sprinter.

We have 3 sources for music and the c.d. section on every single one of them have died.
I'm losing my mind - no music !
So last weekend while decorating I started singing every single Christmas song I could think of..............
John was watching TV in the den ( footprints all over the rug ) and because this is a tiny cottage he could hear me -
He kept turning the t.v. louder whereupon I would sing louder.........
Until the t.v. was blasting as loud as it could go and I was screeching/singing at the top of my lungs.

Since I've never so much as sold a fin to anyone I guess I fall under the number 1 category..

Suzan says - Listen buddy - I NEED Christmas music - get it ? ( I shouted it in a coarse mannered way )
John says - That's it - we're getting a new sound system

We ordered a Bose - kind of expensive but that's our Christmas gift to each other :)

This is what the site says  ( apparently if you order it today they can actually travel through time to get it to you - now that's a sound system !!! )

They're calling for 10 degrees ( celcius -which is roughly 50 degrees " American " ) for Christmas eve.
With rain.
I can't tell you how much this has affected my holiday mood.
All those decorations outside?
They look depressing without a little snow - I chose RED because of the contrast that the white would bring to it after all.

I mean really - what do most of YOU think of when you think of Canada in the winter?  Eh ?

I started everything early this year.
I felt so smug that I decorated outside - while we were having a warm spell in late November - and saved freezing my fingers.
Only to have the temperature keep climbing every day - that mild weekend I got it all done?
Was the least mild weekend since then. 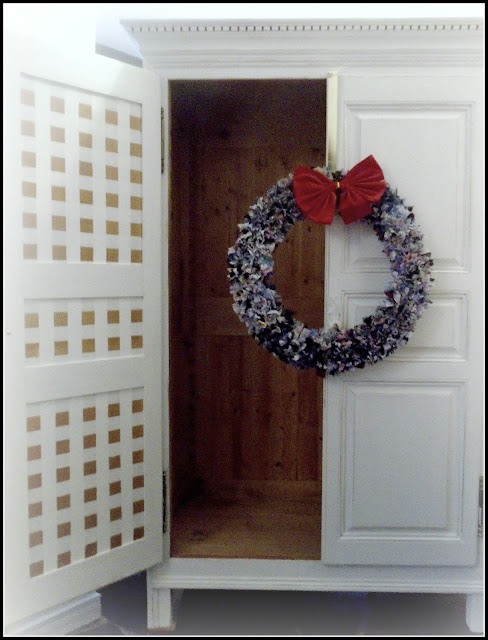 And speaking of Hockey - the French Language Police are at it again here in good old Montreal !

Seems they haven't been too busy lately with their measuring tapes ( French words must always be larger than English words and so they must carry the measuring tape to ensure the law is being followed )  When you have an inferiority complex these things are very important.

Now stores can no longer use those very offensive ENGLISH words.

They should be replaced with  SOLDE DU LENDEMAIN DE NOEL - how's that for a mouthful?

I want to know who sits around thinking these things up..................this has to be the most backwards place in all of North America when it comes to these issues.

You travel to Paris and there's bilingual signs everywhere - and OMG the lettering is all the same size.
Not here.
No way mon amie..............
The French letters must be bigger because the French language is the most important language here !
Don't like it?
Get out ! ( is the standard reply )
Never for a moment considering the fact that they are part of CANADA -
The thought constantly crosses my mind - that if they can't stand English perhaps THEY should get out?
Except where would they go?
Paris?
They'd go into a culture shock over there with all the English LMHO !

Anyway there's a reason for this story.

We have a beloved hockey player ( the Montreal Canadiens ) called P.K. Subban.
It's pronounced exactly the way you are reading it.
PEE KAY - the initials.

Well there's a French Language Rights Group ( I kid you not ) who are demanding his name be pronounced the French way - I'm seriously laughing my ass of here.
Nut cases -
So they want him referred to as PAY - KAH

He donated 10 million dollars to the Montreal Children's Hospital?
So what !
We don't like the way his name is pronounced !!!!!!  Too English !

I'm telling you - it would be impossible to live in Montreal and NOT have a sense of humor !
Take a listen at P.K.'s adorable response

Did you watch it?
Did you notice where they mention they have to be lenient with foreigners?
HOLY SHIT
He's a Canadian for crying out loud.

And he's our version of Denzel Washington or should I say DENZELLE lmho ???
Go P.K. !!!

Hope you all have a wonderful weekend -
The mad rush is on for me -
Hugs,
Me Moi
The Fishwife ( or if the French Language Police are reading ) Le Poissonniere