Remember this dresser? ( where John feared for his life picking it up? ) 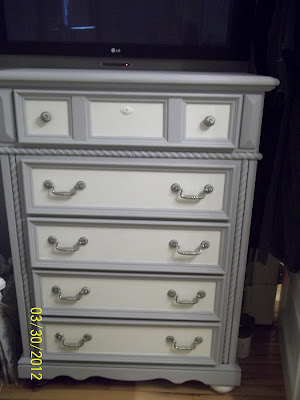 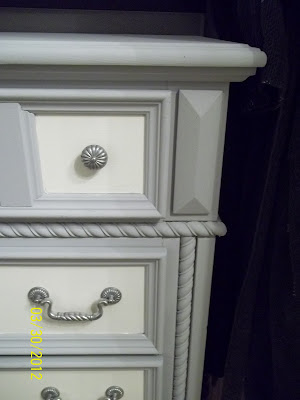 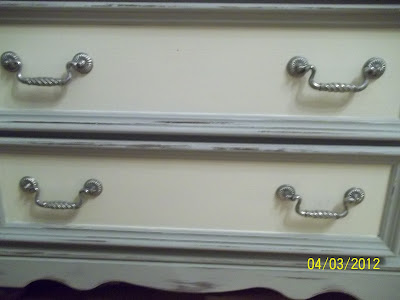 very gingerly at first - and then I got a little braver 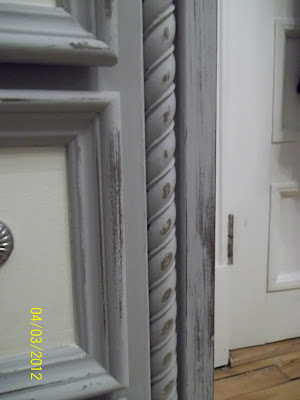 hmmm, not feeling it yet at all 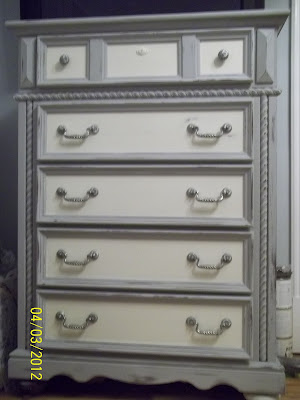 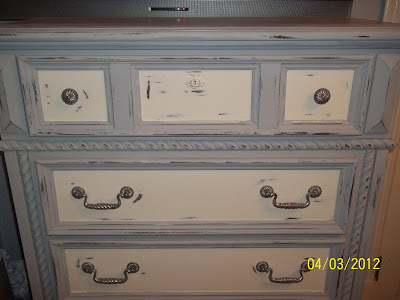 at this point I am thinking I should have just left the whole thing alone -
I ended up adding waxing with clear wax and dark wax and still it was missing something.
I still had a little duck egg blue and old white which I mixed with some water and dry brushed
the combination until it looked like this 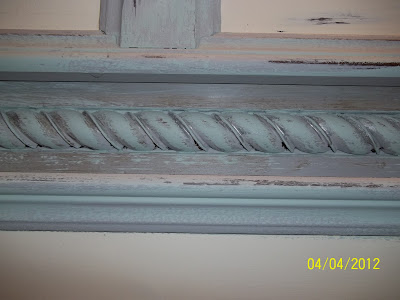 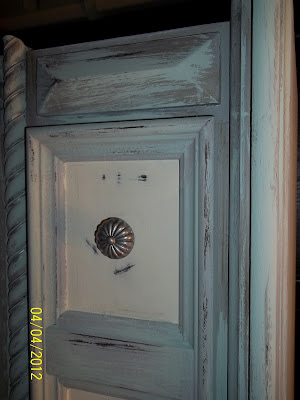 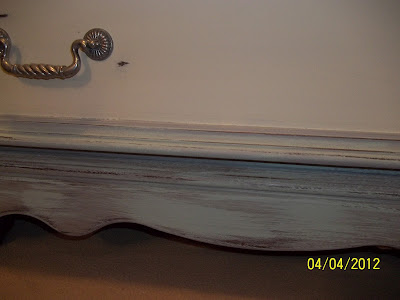 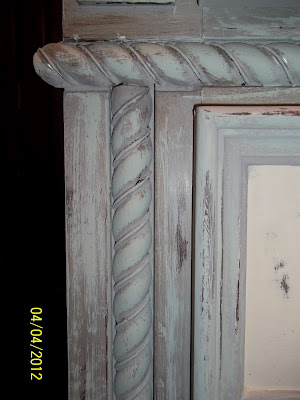 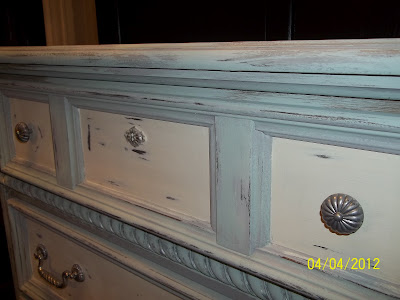 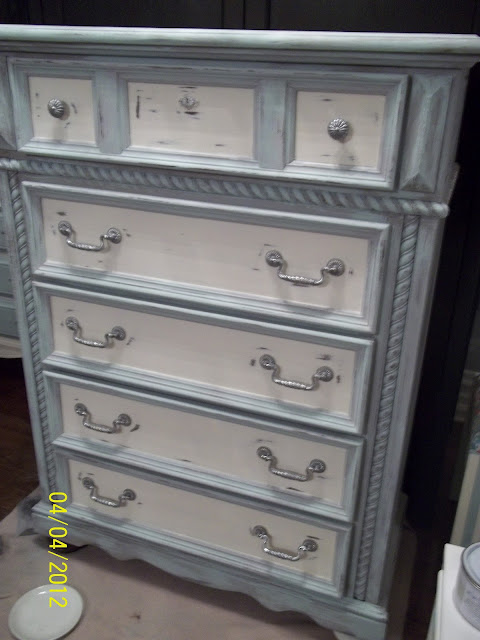 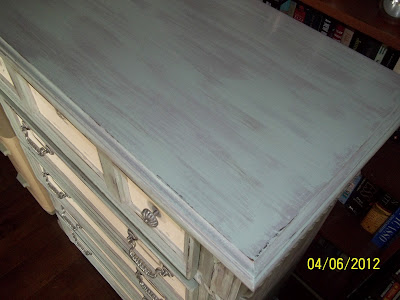 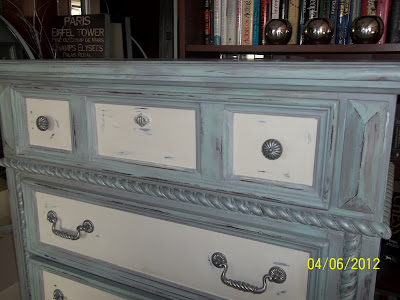 I love it - but it absolutely does not belong in my bedroom now lol
So another one for sale.

Linking up to the following Parties