Cannot get this song out of my head.....................you have to be of a certain age to even have ever heard it - but there was a lot of Roger Miller played in my house growing up ( and Merle Haggard - my mother had crushes on both of them, .)  I have been singing it all night ( John asked me to please stop - hah - fat chance big boy ( he's from England ) unless you want me to start singing Silver Wings - or Mama Tried tee hee. 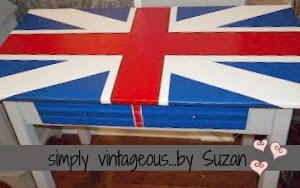 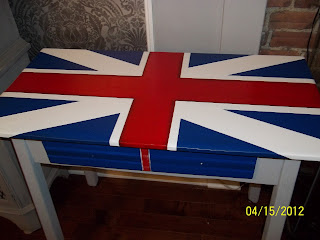 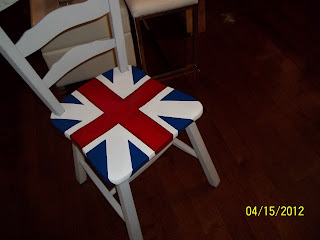 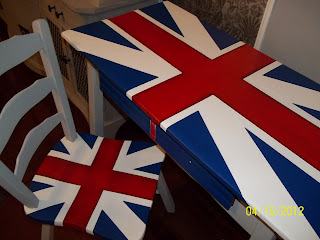 I haven't waxed it yet - but that should be done today and ready to list tomorrow
It's missing the slim red stripes - but I had quite a disaster with that so this is how it's staying.

have also started one for one of my daughters ( who has been asking for one forever ) like the shoemakers family that had no shoes really.

On another note ( complete random thought ) I went into the kitchen tonight to get a screwdriver that I left on the counter - and by the time I got there I had completely forgotten why I had gone to the kitchen at all ( this happens quite frequently to me - hope it's just a very crowded mind! ) anyways there was a giant chocolate bar just sitting there - and I don't understand the physics about how these things happen but it jumped off the counter into my hands so told myself that that must have been the reason I was there.
THEN - walked back into the kitchen to get my screwdriver, stuffed and quite contented.

Linking up to these great parties: