Last week I showed you my antique Farmhouse Table - 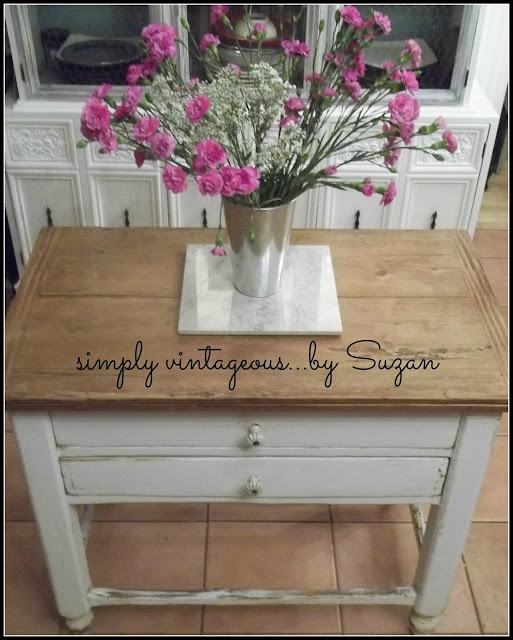 Now look at it very closely and tell me if you can see where I could add to that!!!
Knowing my kitchen is extremely tiny and space is at a premium................
Did you guess?  Here's another look - a close up - can you tell where I'm going now? 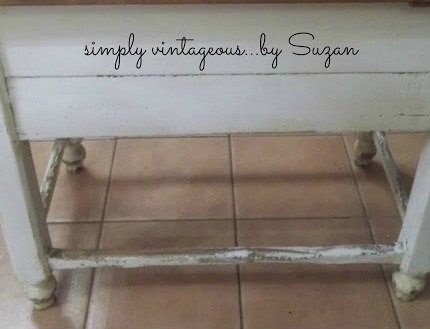 Well I can plainly see that  there's extra SPACE down there - that's a no-no when every square foot counts for desperately needed storage.................. 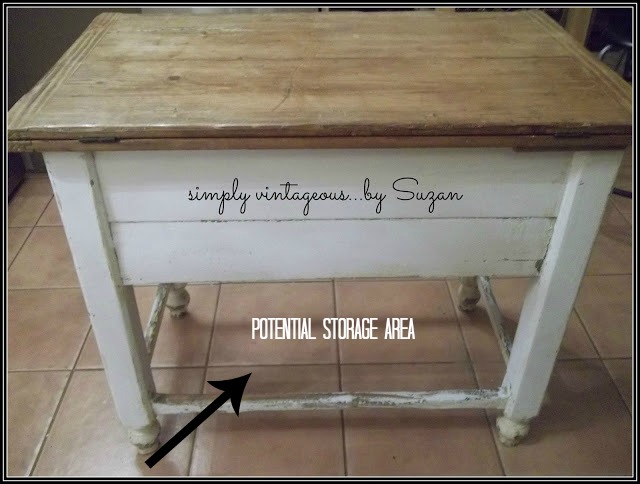 Here's the bench he made - using pallet wood 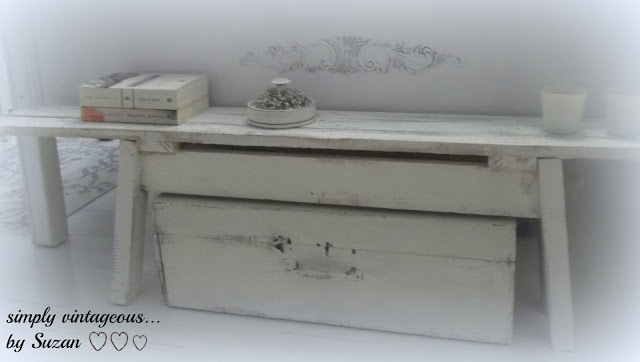 wouldn't you say he's a carpenter? 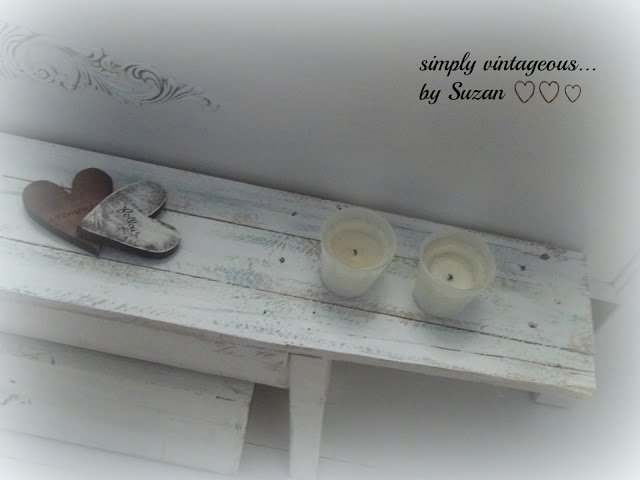 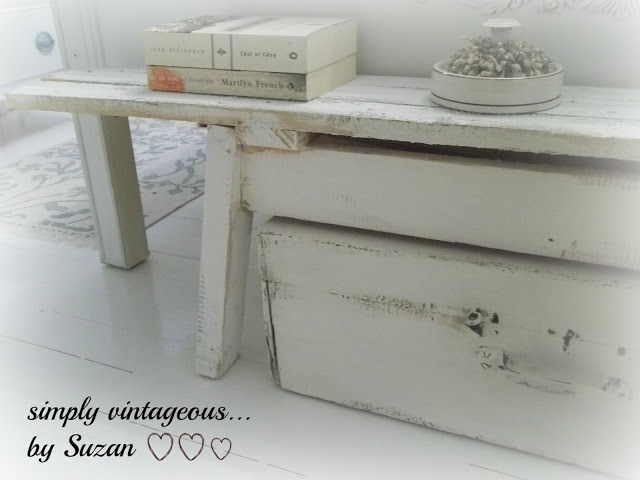 But he cut the wood for me exactly to my specifications 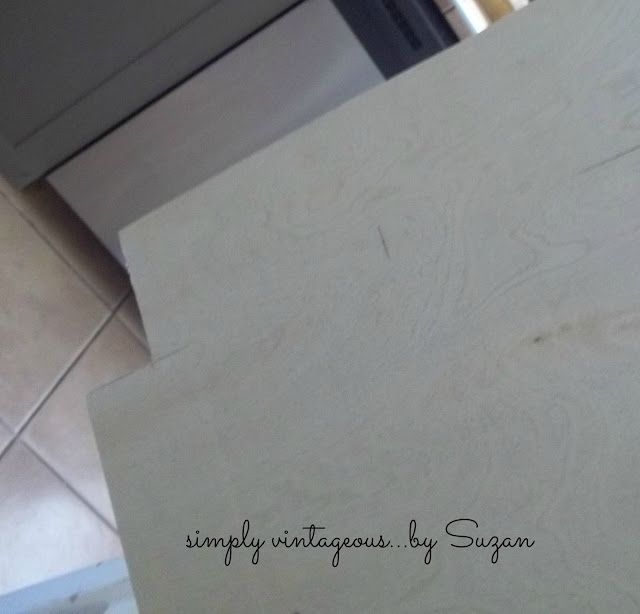 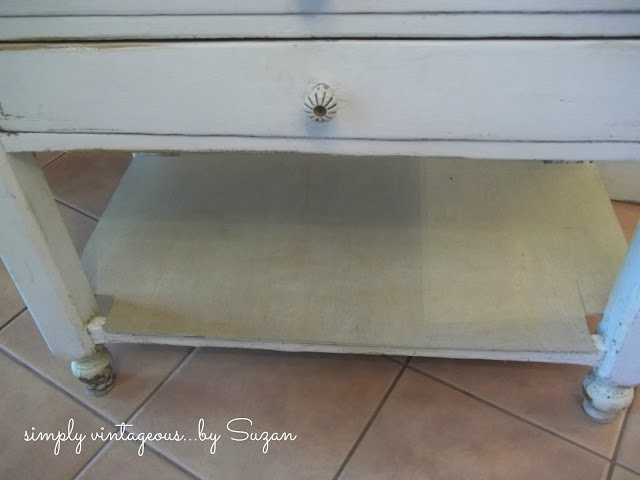 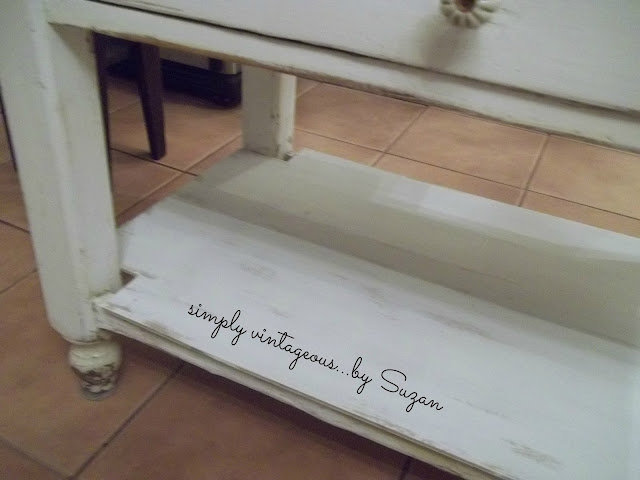 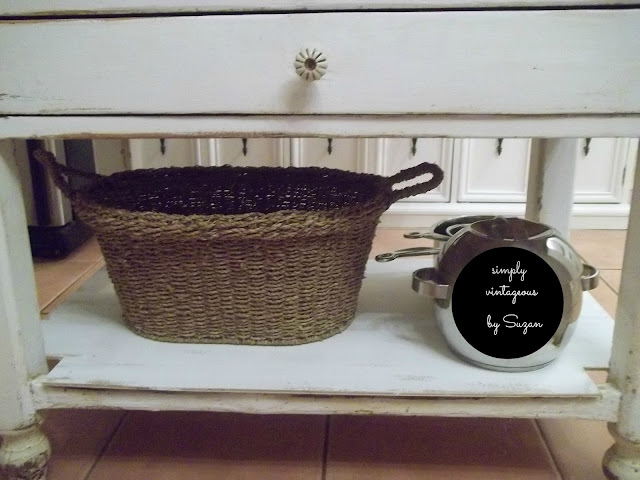 Look at all that storage - you might as well have given me a new kitchen - I'm so thrilled with this!!!

Sometimes it takes so little to make me happy - sometimes.

Have a great day all -
Hugs,