John and I babysat yesterday - those girls just melt our hearts - truly - they could stand there and scream at me all day long and I'd be in awe of their voices lol.
They're funny - and charming - and entertaining - and the politest young ladies you'd ever want to meet.
Anyway they've been wanting a dog of their own for years ( they are 8 and 5 Olivia and Lucy ) and finally it was agreed that they would take one on a trial basis.
His name is Lenny - and he's a gentle 4 year old Fox Terrier..............and since we were watching them at their house we met Lenny for the first time.

It was an iffy day, weather wise, extremely hot and muggy and it drizzled just enough to let you know that a thunder shower might be forthcoming - so I decided I would make a picnic lunch for all of us in the basement ( where the big screen is ) and we would watch movies.............

While John and the girls prepared the basement - I began preparing lunch - when all of a sudden Lenny jumped up, quite frantically and started running from the front door to the back door - we had just finished walking him but I figured perhaps he needed to " go " again and so I opened the back door ( we were told he could run around the back yard as much as he wanted to since it's entirely closed in ) and he made a mad dash for the farthest corner of the back yard.
I watched him through the window, smiling, as I continued making our lunch............
When all of a sudden I stopped dead in my tracks..................
With trembling knees and holding on to the door frame I peered outside just in time to see him with a small animal in his jaws - thrashing his head back and forth - whipping it the ground with horrific force - picking it back up - thrashing again - over and over............
Holding back the urge to throw up - I ran to the basement door and asked Pop to please come up and help me with lunch ( because I didn't want the girls to witness this terrorizing site )

John says - what do you need help with?
Suzan says - Lenny has a small animal out there that he's killing
John says - WTH????  Are you sure
Suzan says - 100% - please go out there and do something - I'm weak in the knees -

John says - Well I'm afraid whatever it is has been eaten
Suzan says - OMG - the whole thing?  The head?  The arms?  the legs?
John says - All I can see that's left is a tail - and it looks like a Squirrels tail - it looks bushy
Suzan says - Oh Dear God - we can't let him back in the house..............he can't come near the girls
Suzan says- Oh my God - that was the most horrific thing I've ever witnessed John -

The SECOND they were finished eating they asked again -

Lolly says - I'll let Lenny in - but you can't let him lick you
Lucy says - I LIKE IT WHEN LENNY LICKS ME
Olivia says - THAT'S HOW DOG'S KISS, LOLLY !!!

Hmmm - how can I make sure these girls do not let Lenny's mouth anywhere near theirs?

Their Mom .Annie, came home from work and I had to tell her what happened........
She called the vet who reiterated what I had said - the dog should not be allowed to lick anyone
and that they should keep a close watch on him for a couple of days....................she was quite visibly
upset about this - and kept telling us " he's never done that before "

Uh huh, I thought to myself - 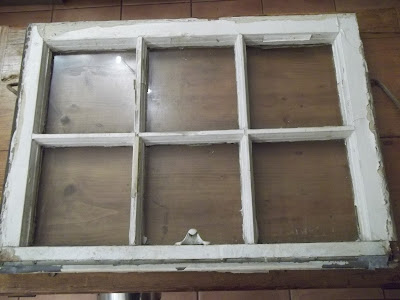 Suzan screams - STOP THE CAR
John says - WHY??????
Suzan says - there's an old wooden window in the garbage
John says - YOU'VE GOT TO BE KIDDING -
John says - you're going too far now
John says - it's a filthy old wood window
Suzan says - I know - but you should see what people do with these!
John says - Sometimes I wish you never started blogging

He backed up to where the window was laying

Oh and the first of the giveaways arrived today - I'm going to give you a teeny tiny sneak peak - it's over the top gorgeous!!! 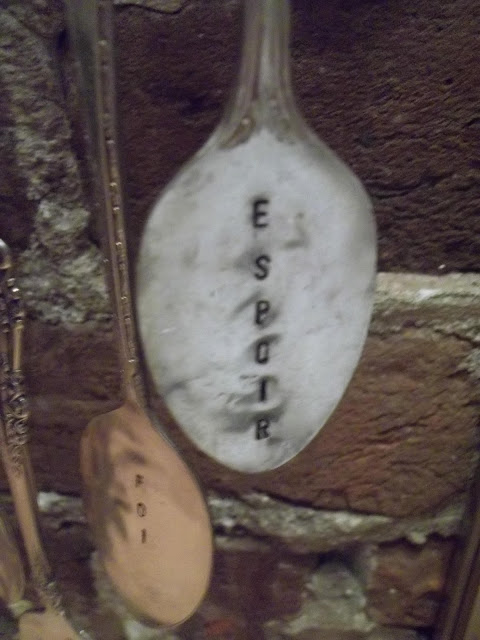 So now you know why I wasn't around yesterday - I have some blog reading catching up to do - but these
neurosis of mine sometimes get in the way!