I should start this off by saying I have read every one of your comments - but I just don't have the time to reply to them - you're amazing - each and everyone of you - with your positive caring comments that you
almost lift me out of my complete panic and exhaustion and overwhelmation ( you all know that I love to invent words right?  AND overwhelmation should be a word don't you think?
You all lifted my spirits like you can't imagine. 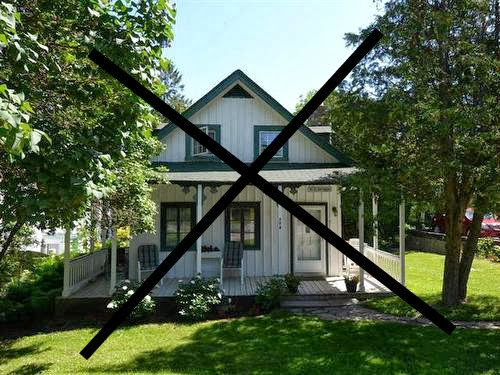 John gave it a big fat " Uh Uh - no way - fuggedaboudit "
I saw potential - but to be very honest with you it was in pretty rough shape and would be a complete gut and for all that it entailed it was definitely overpriced.

So we went to see the next one - but honestly we never went inside because it was right next to the highway
If John and I were having one of our " conversations " in the front yard, he could simply nudge me a little and throw me into traffic that's going 100 miles an hour................. 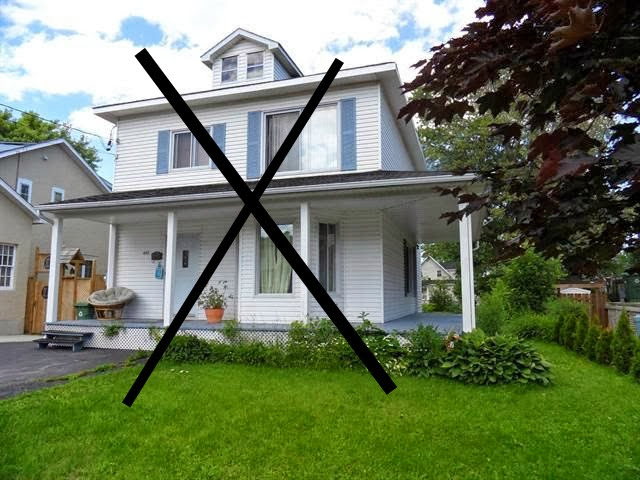 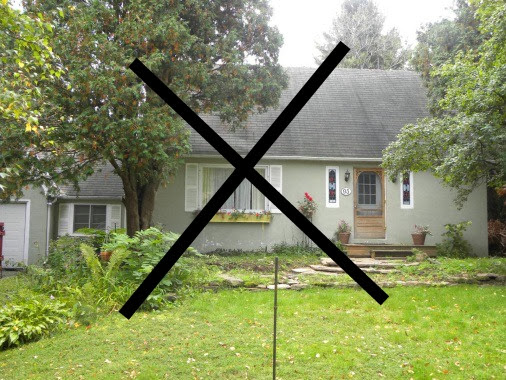 John gave it a big fat " Uh Uh - no way - fuggedaboudit "
Again I saw potential - actually I saw a lot of potential because there was an unfinished basement in this one.
You see that tiny space between the garage and house?
That isn't as tiny as it appears and would be the most ideal little studio for me -
The house is tiny and quirky and I think I could make it absolutely adorable...................
( it's not fun  house hunting with some who has zero vision - I can tell you right now )

Ok - then off to this one which stole my heart........
I refuse to put an X through this one yet - it's tiny but there's room for expansion - we could definitely add a huge master bedroom to one side of it and the seller is very motivated - the photo does NOT do it justice because it's SO charming inside...........
But if this were John's blog he'd insist on an X through it as well 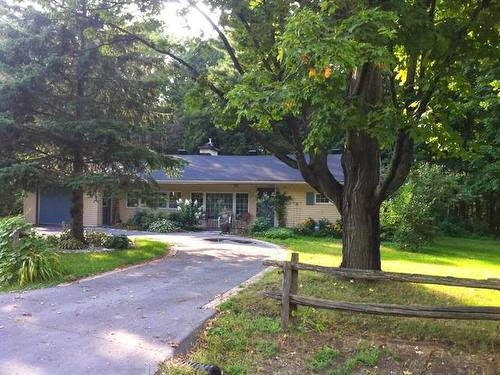 The only one John approved of - wanted - sees us living in is this one - LOVED actually  - is the one I'm about to show you - and here I'll show you all the photos so you can see for yourself and understand where he's leaning towards.
Before I do - I just want to say that it DOES have potential - it's just that it lacks charm completely ( well it has a very charming solarium - but that's where all charm starts and ends ) it's a cookie cutter house - a very typical suburban type home and nothing at all like what I've been picturing myself in.
You could do wonders with it - I have no doubt of that - but it's never going to be quirky - and how do you fit a quirky person into such a place?  There's no nooks and crannies - no little delightful surprises that you find in century old farmhouses - no dormer windows - just square rooms - with square windows - and perfectly even straight walls and even more perfect ceilings -
It's like trying to fit a circle into a square, don't you think?
ABSOLUTELY ZERO QUIRK APPEAL................... 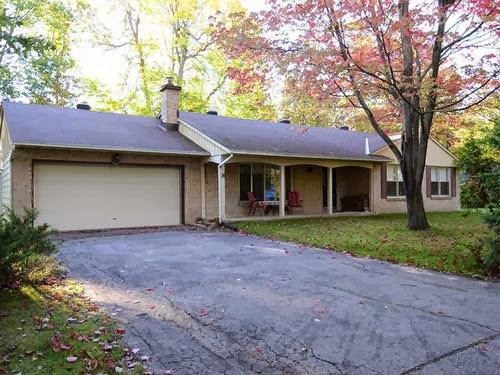 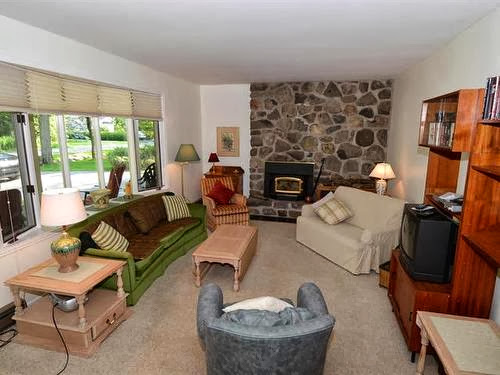 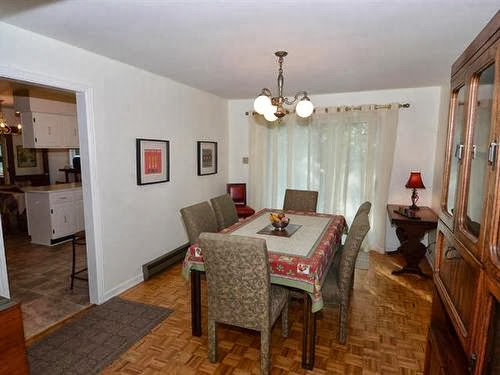 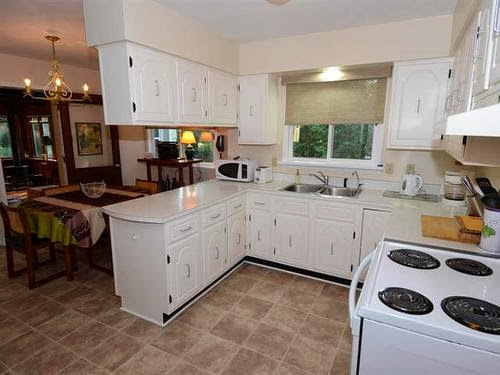 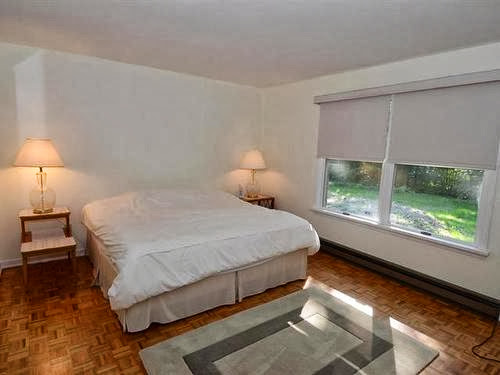 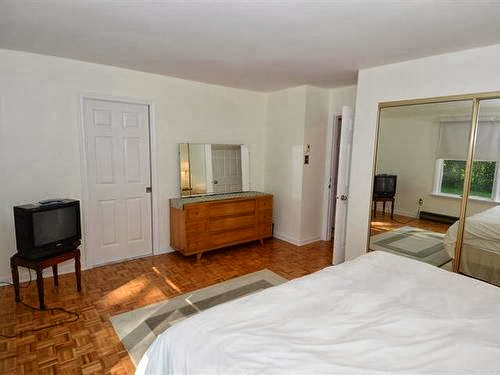 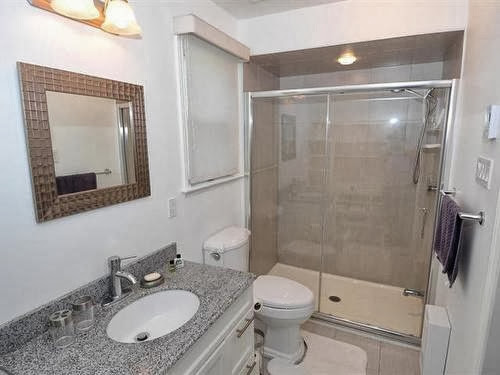 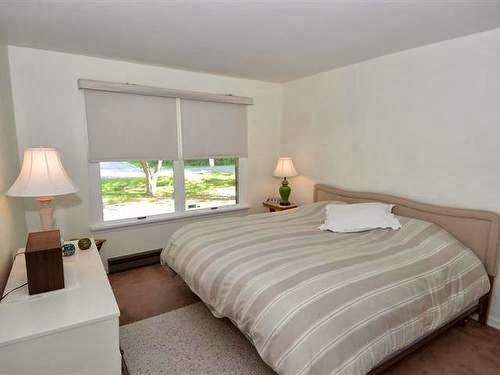 and the last bedroom 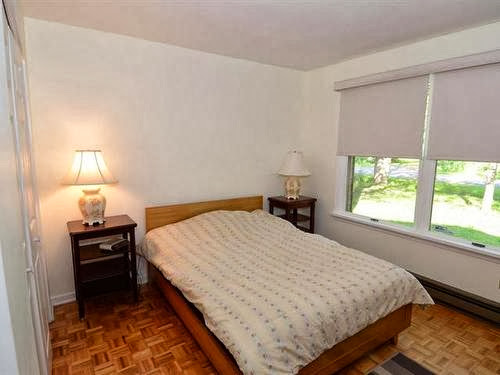 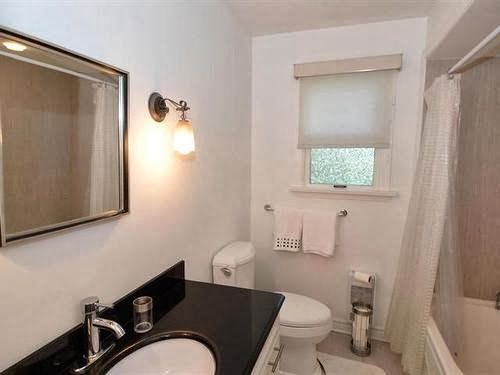 and if I had to latch on to the affirmative
this would be what does it for me - ( and yes - the panelling would be painted - but you already know that, right? ) 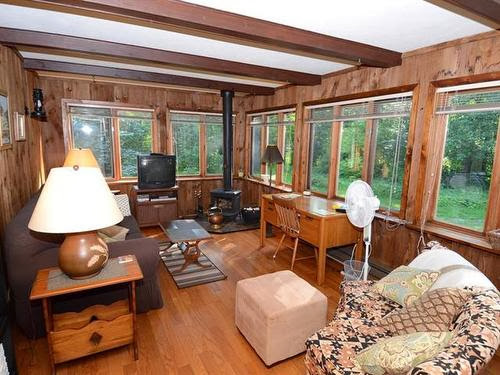 It also has a HUGE basement - unfinished so we could add value by finishing that I suppose - AND an immaculate garage - so there's tons of space where I could paint furniture from................and the back yard
is massive ( well massive for a city girl's standards anyway )
It's almost perfect - if only there weren't so may miles between almost and is

And that's where we stand as of Sunday night -

Tomorrow we're off to see these 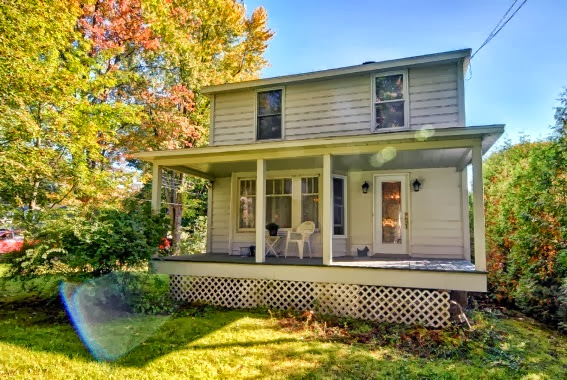 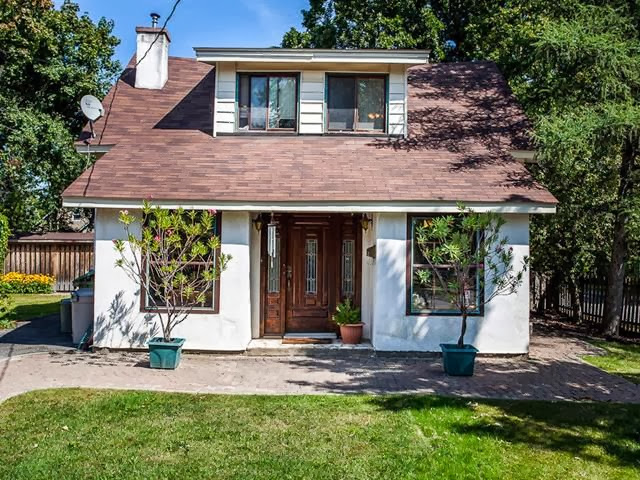 Sharing with!
The Savvy Southern Style
Posted by Unknown at 11:53 PM