Good Monday Morning Everyone!
This is a long post today - don't blame you if you skim through it lol but there's lots to talk about with this dresser!!!

So here we go - before you think I'm an immoral unethical blogger ( from my title ) read first and let me know what you would have done - Honest to the end?  Or a little white lie to save big money?
I know honesty is the best policy - I was taught that it is -( honestly I was )and I like to think of myself as a moral person ( generally ) but I AM NOT above lying when I absolutely have to - 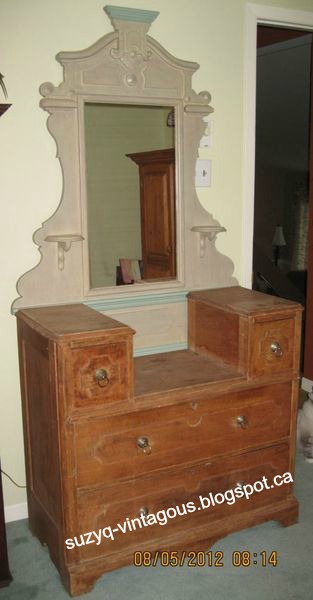 Suzan says - John do you think you could pick this up for me?
John says - Absolutely not - it won't fit in the car
Suzan says - Of course it will - the dresser will stick out of the trunk - but that's no big deal
Suzan says - and you can just put the mirror in the car.
John says - I'M TELLING YOU IT WON'T FIT
Suzan says - fine - I'll call a mover and have it delivered
John says - Well maybe I can fit it in

Officer - You know you're not allowed to drive with that sticking out of your trunk like that
John says - Well I had no choice - and I had the hood held down
Officer says - Look if it's just a very short distance it's ok - how far were you driving like this
John says - ( and I have to capitalize this - because I  simply cannot believe it ) WELL I'VE BEEN DRIVING FOR APROX. 30 MINUTES LIKE THIS........................

John says - yeah it's ok to be a smart ass - you weren't in the car - you have no idea what you would have said
Suzan says - well John  - I most definitely know what I would NOT HAVE SAID!!!
John says - I TOLD YOU IT WOULDN'T FIT - BUT YOU CAN'T TAKE NO FOR AN ANSWER

In all truthfulness I have never, ever, in my life, met anyone MORE honest than this man.  Never. He can't even tell the tiniest version of a white lie - and I know it's extremely admirable - of course I know that -
but sometimes it can seem the tiniest bit stupid.  I mean, really, this was not going to hurt anybody - and he could have said 5 Hail Mary's as soon as he got in the house - I'm living with a British version of George Washington here - he simply " cannot tell a lie " 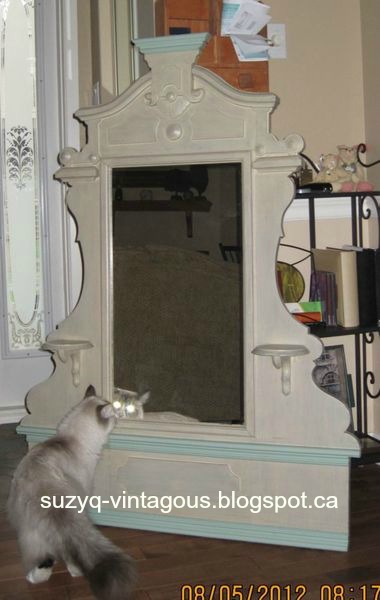 it's massive - and oddly shaped

John says - I need some help getting the mirror out of the car
Suzan says - really?  is it that heavy?
John says - It's *$&^*@#  lodged from the back seat to the front seat - and I can't budge it

OMG - if you would have seen how this mirror was crammed into the car you would have died laughing
(well only if you have a sick sense of humour like mine - otherwise you would have felt very bad for him )
The poor guy was driving with a mirror basically lodged into his neck - can you visualize it?
Now imagine the police officer pulling him over lol - with a dresser hanging out of the trunk and a mirror
sticking in his neck..................

Suzan says - doubled over with laughter - How did you possibly drive like this?
John says - with great difficulty
Suzan says - what did the the police say about the mirror?
John says - well I leaned my head over to the side so he wouldn't realize just how dangerous it really was.
John says - I'm glad you find it so funny

P.S. it took us about 20 minutes to figure out how to get it out of the car and at one point I thought we'd have to break it to do so - but it's home

Ok - a little admission is in order - I paid more than I normally would for something I am going to make over so now we have the over budget expense of the dresser - AND a ticket.  Hmmm - how can I make that up?
How about these nestled in under newspaper in the bottom drawer? 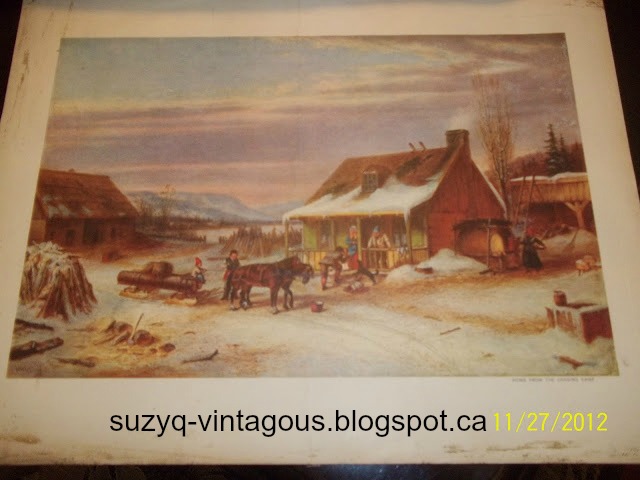 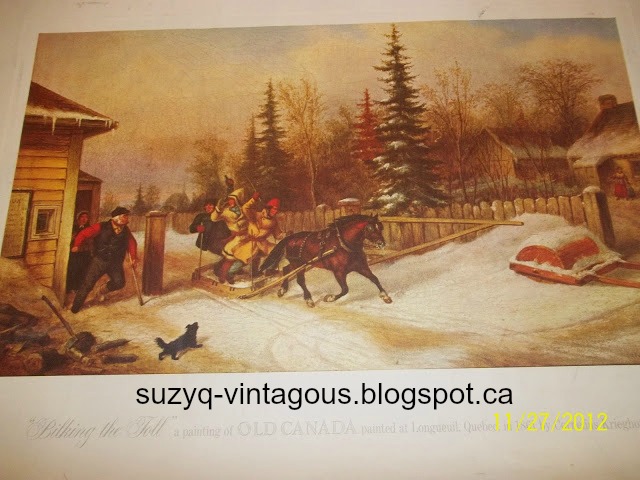 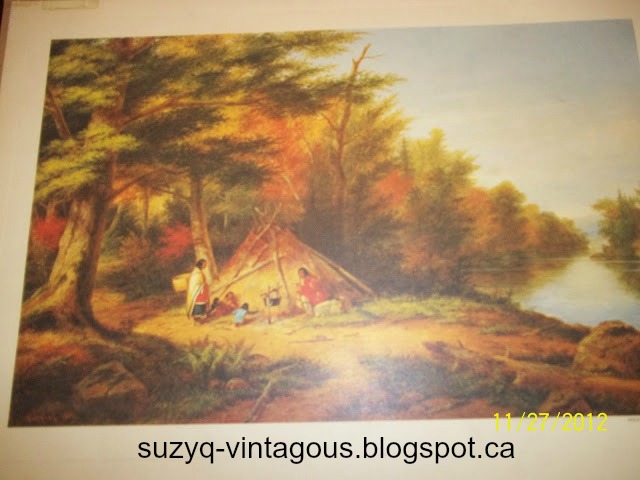 after some extensive research - and dreams of what we're going to do with this sudden windfall - we decided to contact the McCord Museum to tell them what he had in our hands - where we were promptly given the name of an Art Appraiser to contact.

Will we be spending New Years in the Carribbean this year?
Will we get the basement excavated and finished?
Will we be getting a new vehicle to transport furniture?
Will I be moving into one of my I WANNA live there houses?
No - to all of the above - they aren't even worth enough to pay the ticket - but there was a moment when
I thought we would be one of those people that buy something at a garage sale and find out it's worth half a million lol. 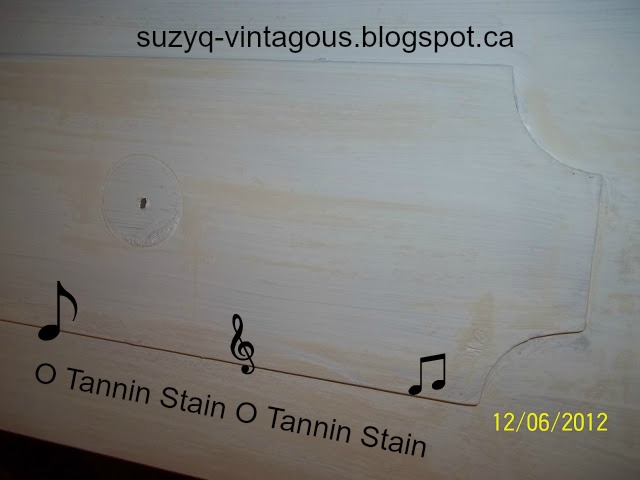 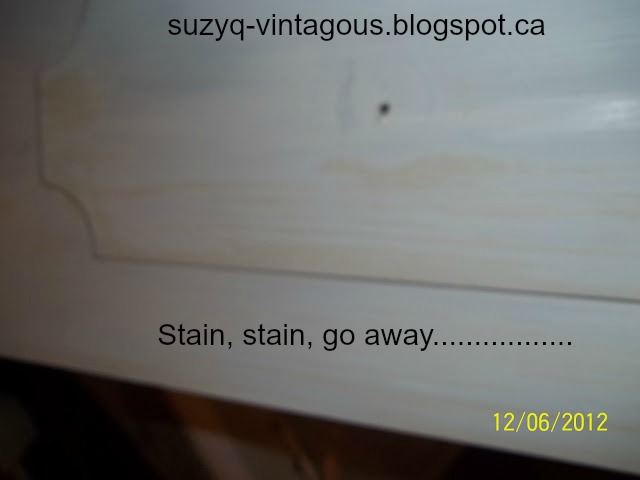 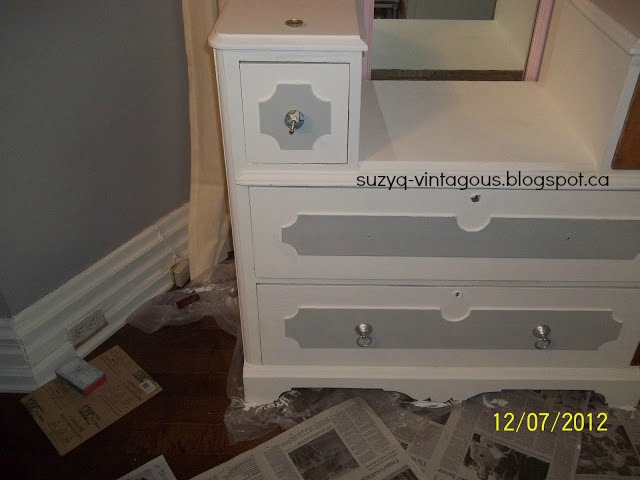 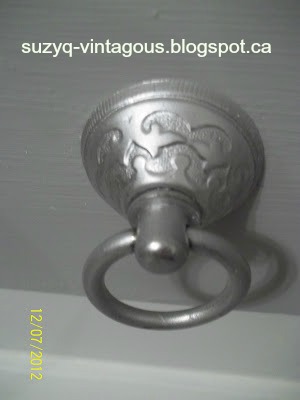 I'm not sure if I'm going to combine the same mirror with this dresser - so for now ( just for photo's for today's post actually ) I've just plunked a little mirror down................
John's in the kitchen repairing a drawer as I'm typing this - so this is real time LOL ( almost ) 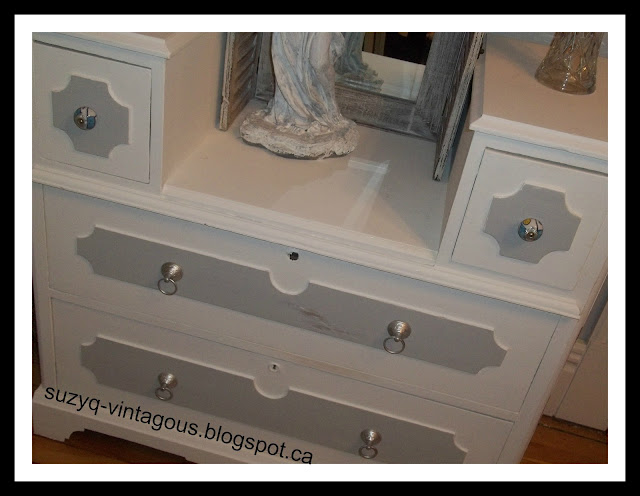 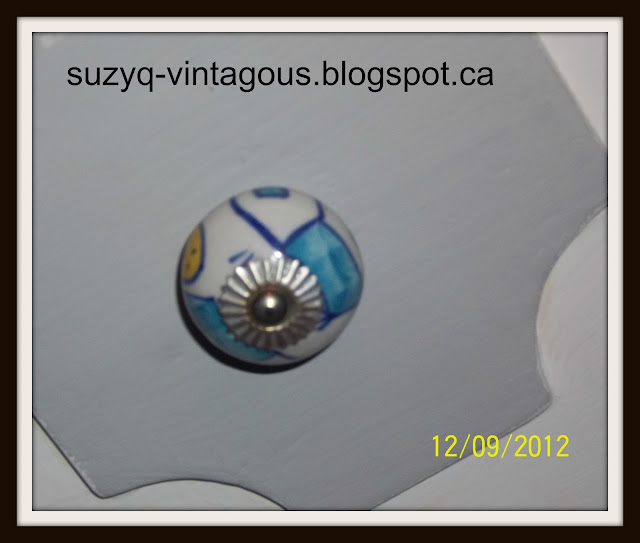 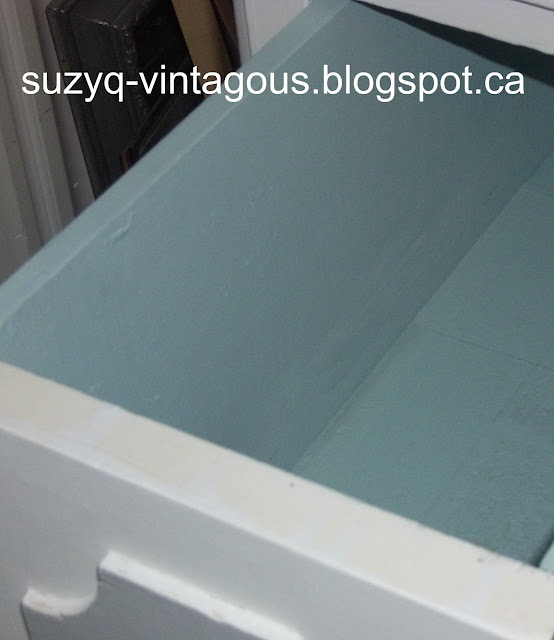 ugghhh - tannin stains still on the top part of the drawer - forgot about that section entirely - this is the dresser
makeover that never ends -
yes it goes on and on my friends -
somebody started painting it not know what it was - and they'll continue painting it forever
just because.......................
that song still haunts me from time to time- so I hope it haunts you for the rest of the day - sorry but friends SHARE don't you know? 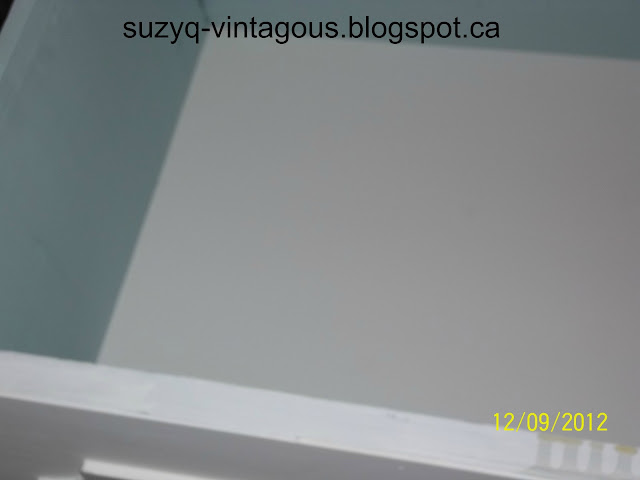 the drawer bottoms are new - so I just painted them before we installed them - love the crispness of blue and white - so CLEAN looking! ( this was one filthy beyond belief dresser )

John says - you can't take photos anyways - you're not finished painting the bloody thing.
Suzan says - no one has to know that - I can hide that fact completely
John says - I don't understand why you just can't wait until anything's finished -
Suzan says - I posted the "before" a week ago John -
John says - So what?  Do you think people are just sitting around waiting to see your after photos? 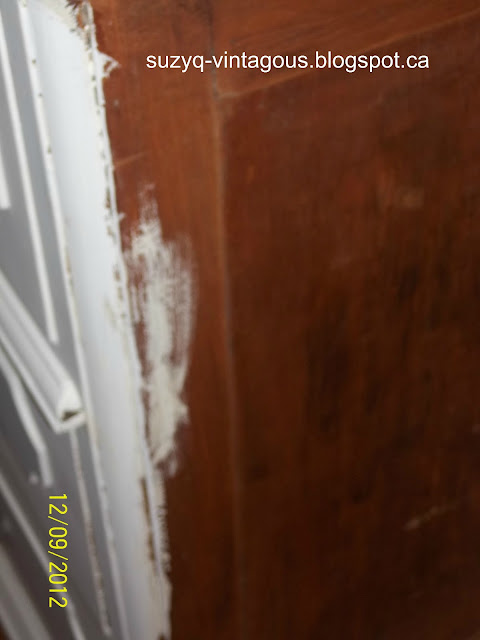 and probably won't be until after the holidays now lol 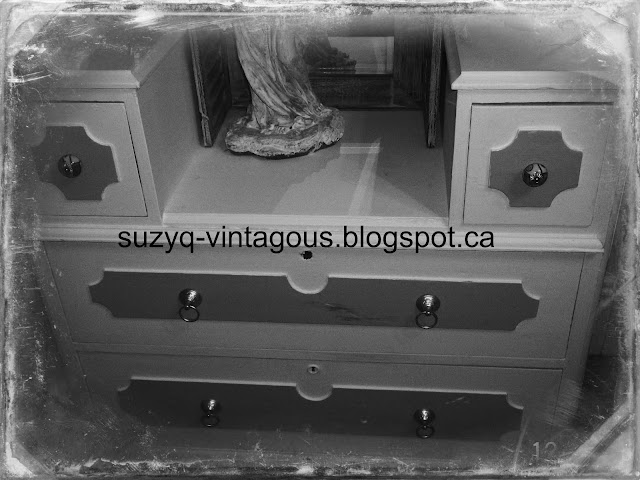 smoke and mirrors my friends - that's what I'm all about :)
have yourselves a wonderful Monday - 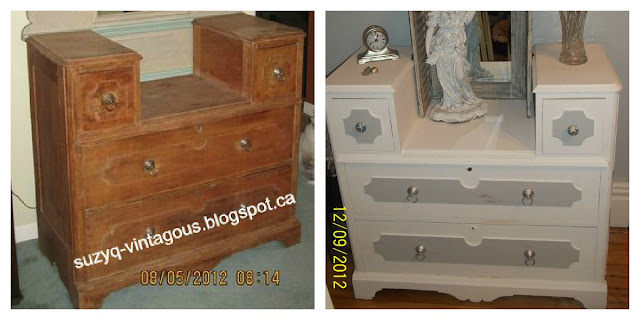