Good morning everyone!
Yesterday's POST was a tie in to today's post - did any of you figure it out? 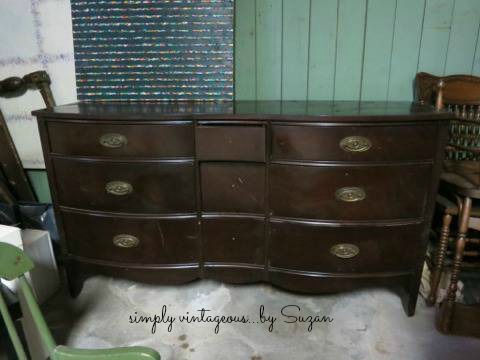 First of all when I answered the Craigs list ad - and found out the dresser was here in Westmount - I thought
" wow " this is great - soooo close - except this baby was living in one of those I WANNA live there Wednesday homes - way up on the hill - I swear to God had I had my camera with my I would have asked if I could walk around taking photos lol - as it were - I was promptly directed down a very dark narrow staircase into the cellar, where sadly, I seem to belong.
After trying to lift my half of it - I looked at John and shook my head - there was just no way I could have angled it up that narrow staircase.
Did I mention I was out of breath just walking up the 60 steps to get to the front door in the first place?
And it gets better - this home was up - way up - but the parking in the back was UP again - another steep winding climb to the car pad.
We had to call my son in to help John - because sometimes you just have to accept defeat -
And then it sat in the back of the van for about a month LMHO - furniture painting is for the insane at times -
just ask anyone who does it - things that other people would think are insane are just another day on the ranch for us.

Anyway we brought it in last night -
AND IT STINKS - OH GOD IT STINKS
It happens sometimes - just last month someone bought a dresser and sent me an email telling me the drawers smelled bad ( is that embarrassing or what ? )
I put bowls of vinegar in the drawers which is supposed to help - I put baking soda - and usually that works but sometimes it doesn't -
A lot of the furniture I buy are antiques - and not antiques that have been gingerly taken care of - they're often in rough shape which is why they're often priced to sell.
And they have this smell which is a mixture of cigarettes and Church - does anyone know what I mean by that " Church " smell?  Sort of like incense?  It's very pungent................
Does anyone out there have a magical way of getting rid of that smell? 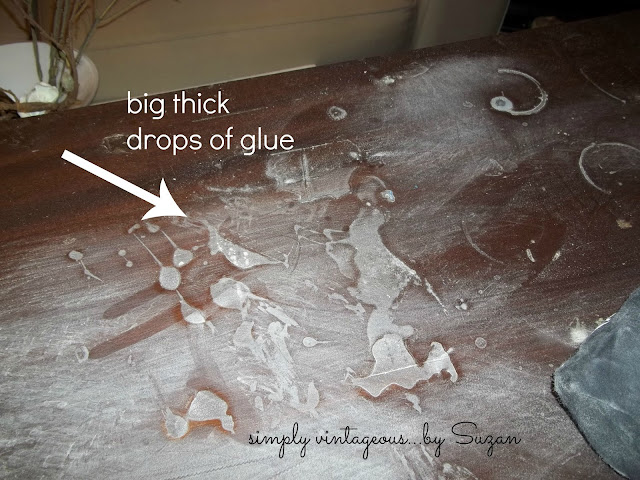 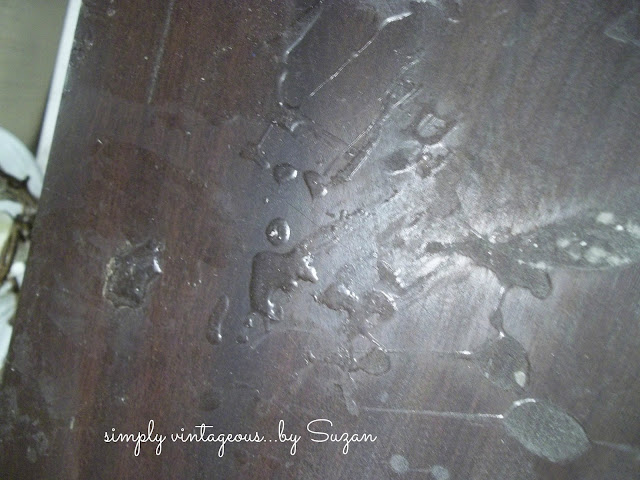 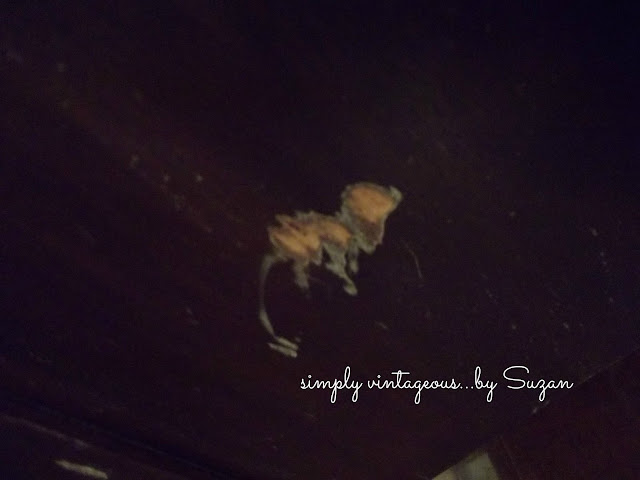 Here it is all sanded - ( why do you need to see a photo of it sanded ? I have no idea - but I think I'm supposed to show that ) 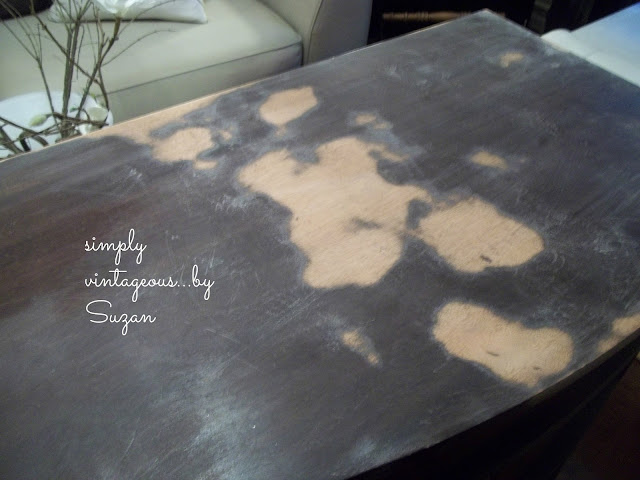 and for any of you who know me, you're going to be shocked by the next step!

little Miss Paris Grey and White - opted for this instead! 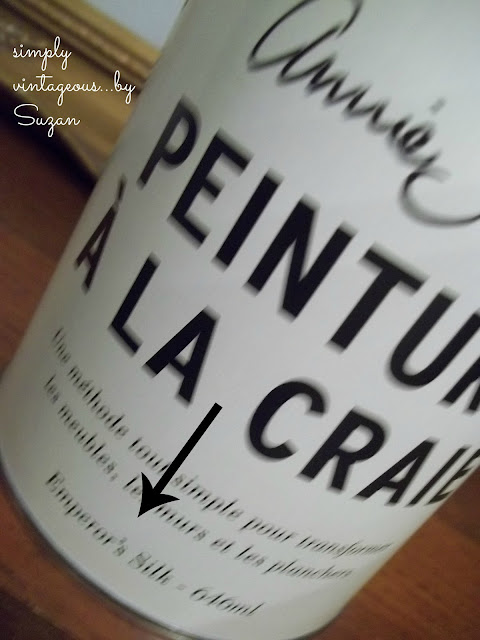 This is one of the drawers after 3 coats - no wax 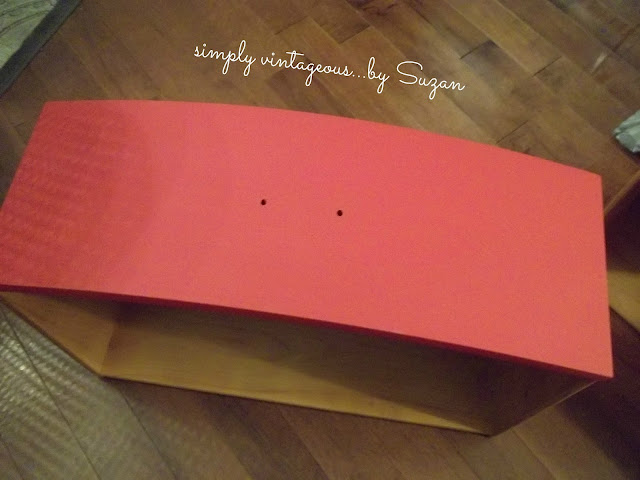 here it is with clear wax on it 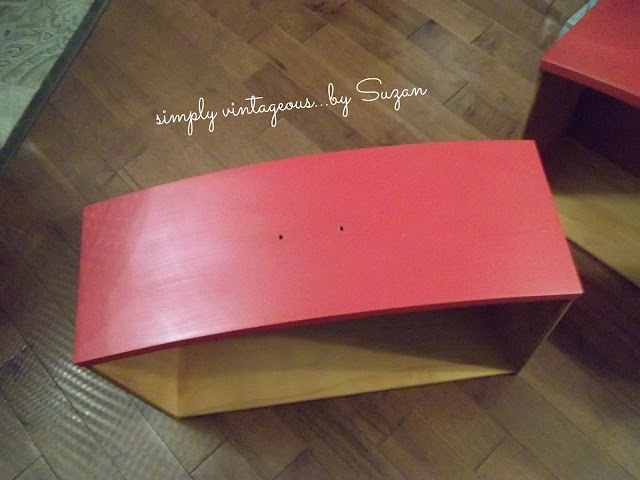 And here it is with the dark wax applied on top of the clear wax...................and the original hardware put back on ( which I was going to spray paint gold - then thought maybe black - but in the end left in their original state because the brassy color looks nice against the red ) 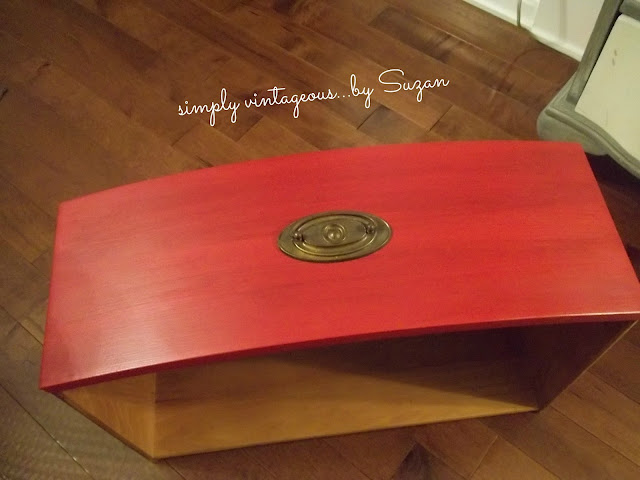 And here's my Lady in Red


AND this is where having a good camera is absolutely vital - red is a hard color to capture anyway - but when you're working with a crappy Kodak - and a dark house - EVERY single photo I took captured it in a different color................every single one.
Just pick the one you like best - and I'll tell you that's the truest one LMHO 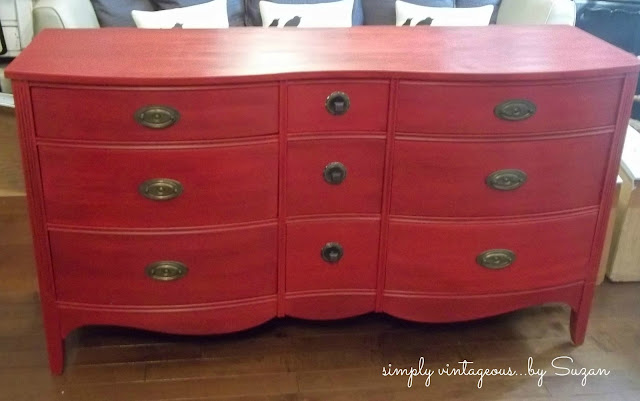 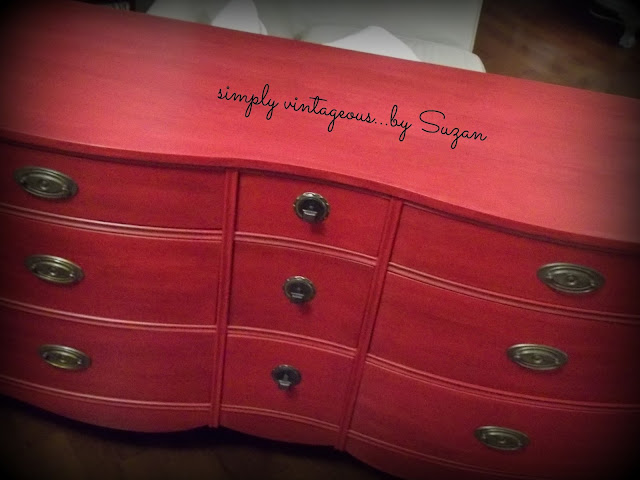 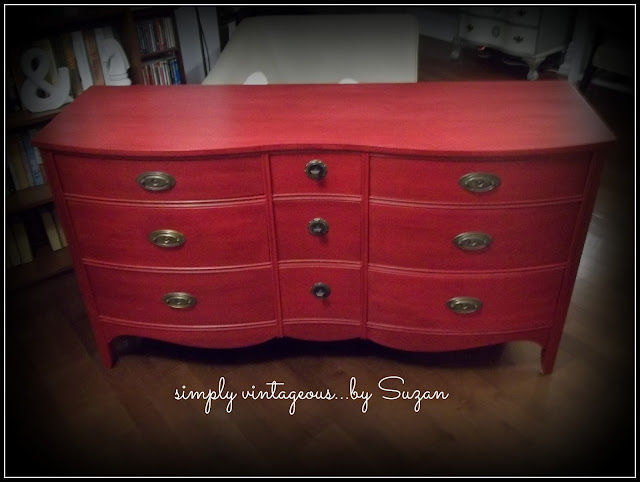 It's a much deeper red than these photos show.....................my camera is not capturing the depth whatsoever - nor is it showing how dark and beautiful the wax is.  Will you take my word for it if I tell you
it is absolutely gorgeous in real life? 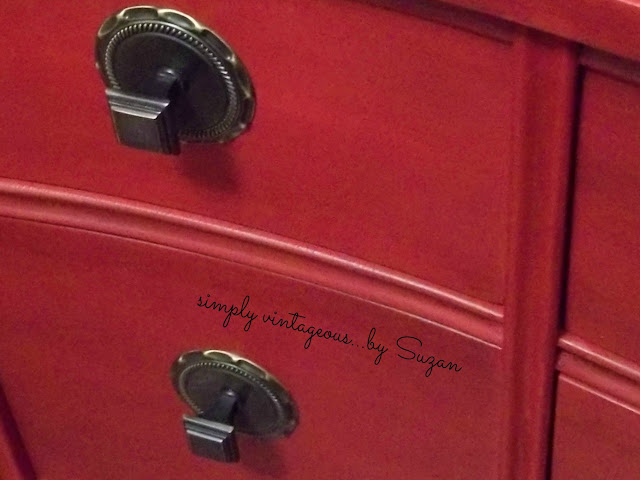 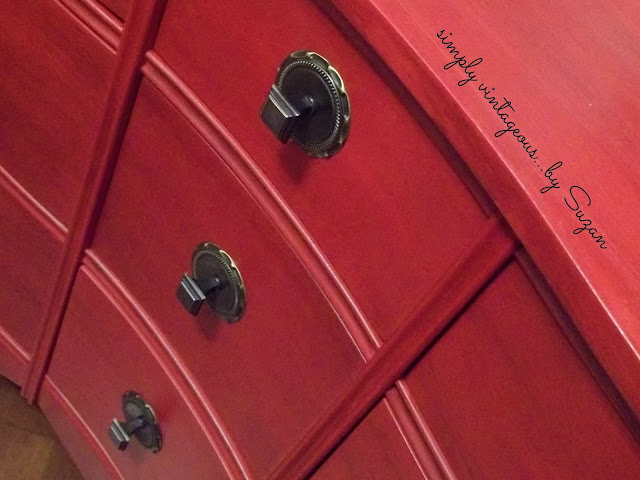 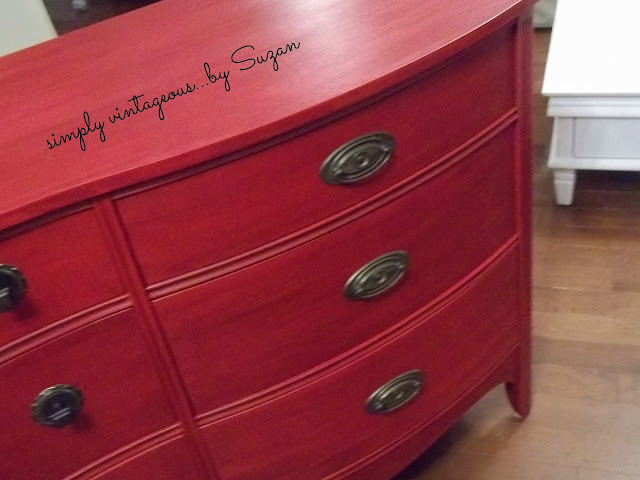