I love molding - it reminds me of old Parisien apartments and I've installed it in the last 2 homes we live in - it's such an easy way to dress up a room - especially a 100 year old room where you may have expected to see original plaster moldings anyway...............

I fell in love with the exposed brick wall in the living room the moment I walked into this place - but to be very very honest with you, it gets old fast.   Because it's a row house there isn't a lot of natural light in here and the brick tends to make it look even darker - I switched out 3 prints we had hanging on this wall - for 3 large mirrors - when the chandeliers are turned on it's magical - you can see them shimmering and sparkling in them all. 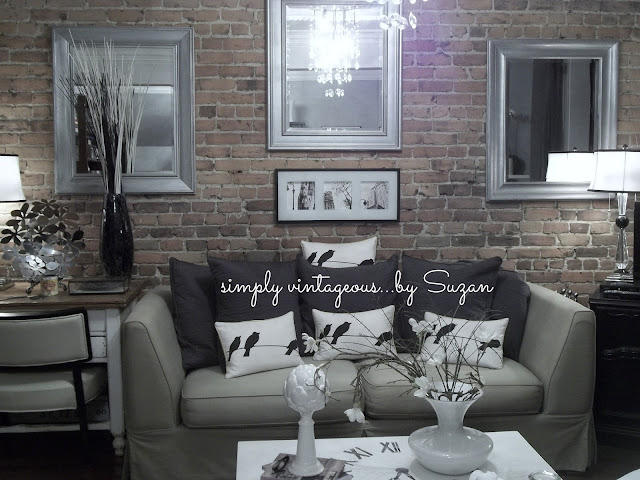 There's a little " window nook " in the dining room 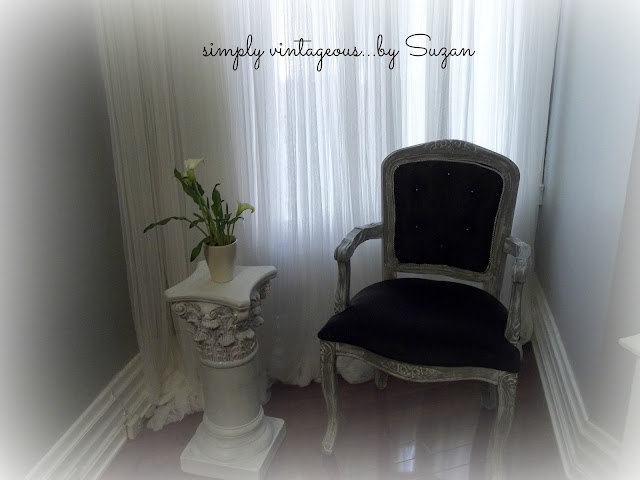 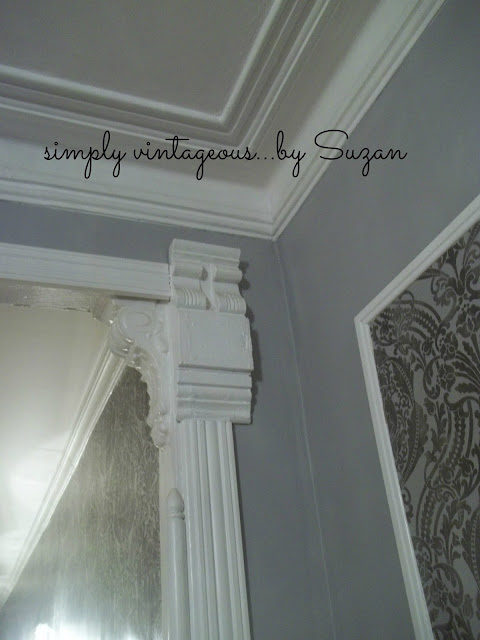 The ceiling moldings are pretty special too - all in plaster 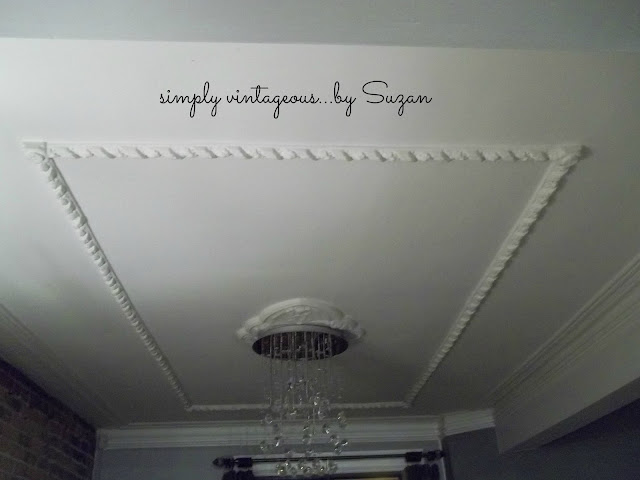 as are the plaster medallions 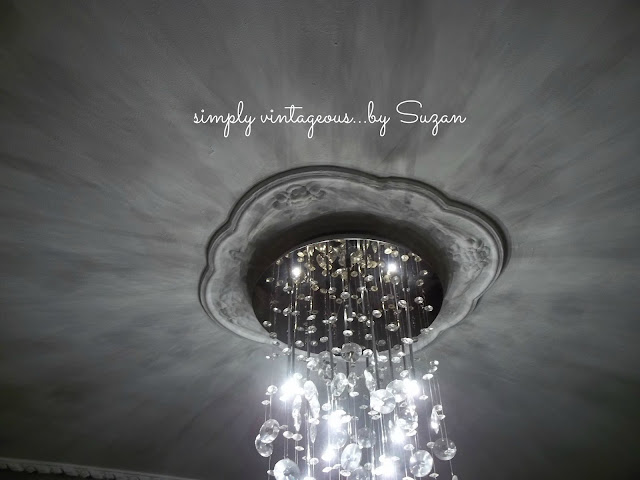 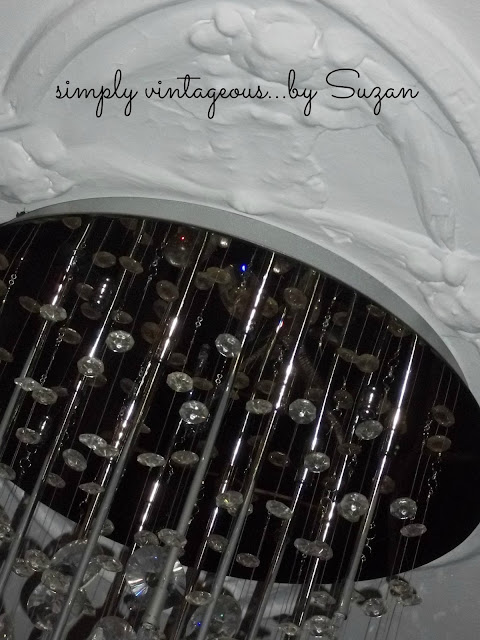 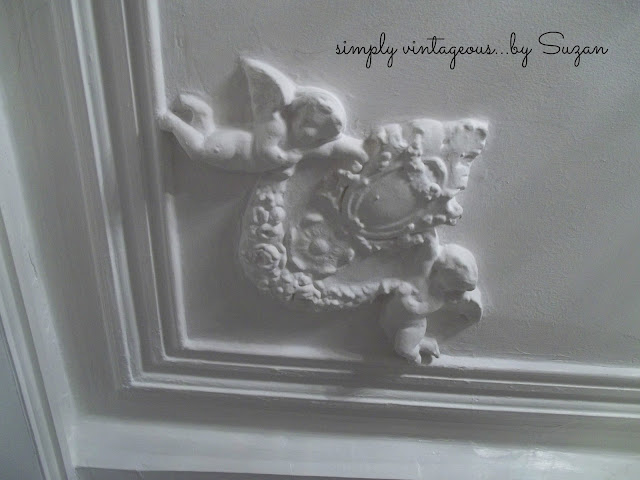 and the baseboards are almost 8 inches in height 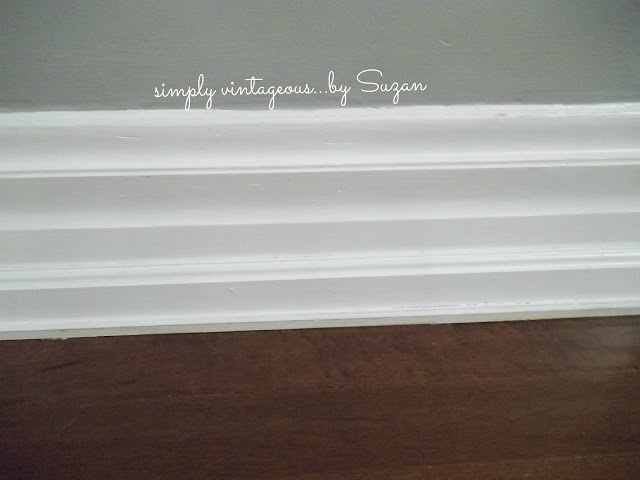 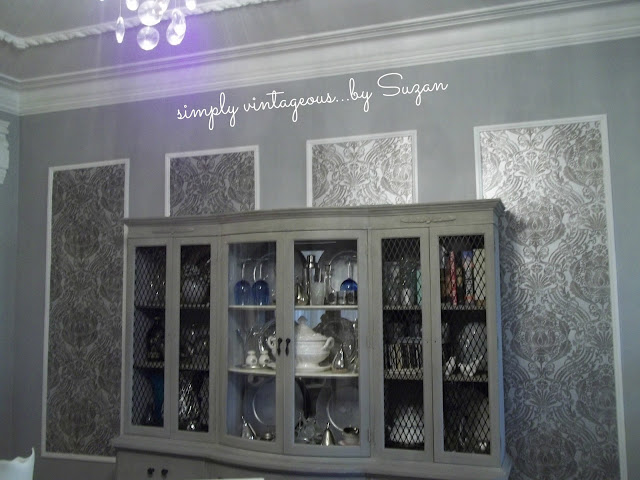 Please don't look at the mess inside my cabinet - I'm trying to declutter because this is going to be listed for sell soon - so I'm cramming everything into as many places as I can lmho............but anyway you can see the molding - I had John size them to the exact width of the wallpaper so there was no cutting involved - made life a lot simpler let me tell you. 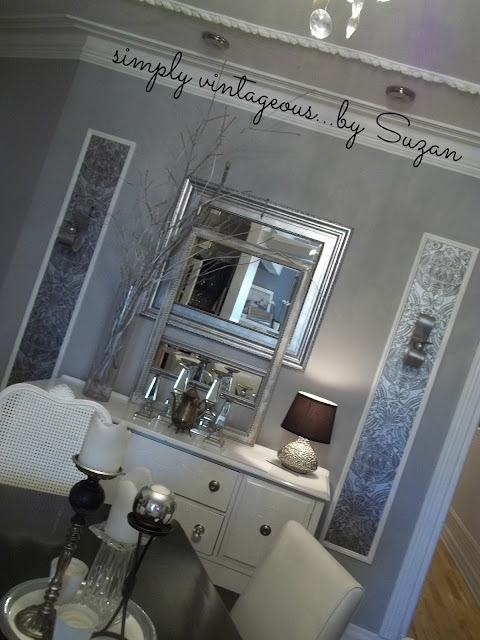 The wallpaper ( a metalic paisley )  ties in with the hall ( did I ever show you my hall DOPPELGANGER in Brooklyn?  you
can see it HERE ) 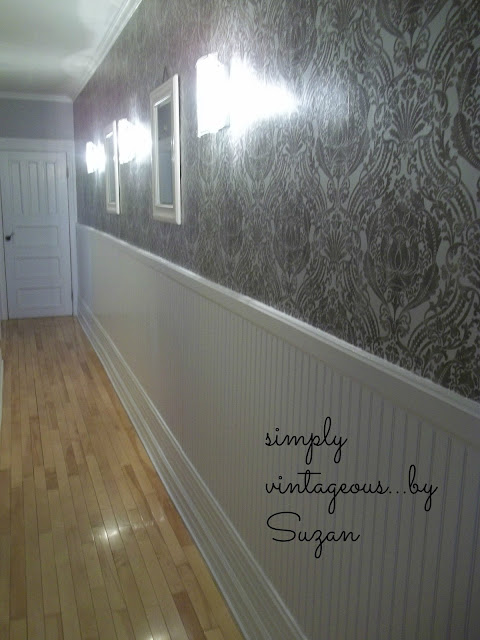 Ok - ok - enough already Suzan - get to the POINT of this post already!

We have a small wall that connects the living room to the dining room ( sort of ) and leads you to the office
And there were 2 small damaged sections on it - now I could plaster them up obviously - but that involves painting and I no longer have the recipe for the wall color ( that never happens to me - well obviously it does but normally I keep every recipe for every wall just in case )
And since all of the walls connect in some fashion or another it would have meant a lot of painting -
I decided a quick fix was in order................. 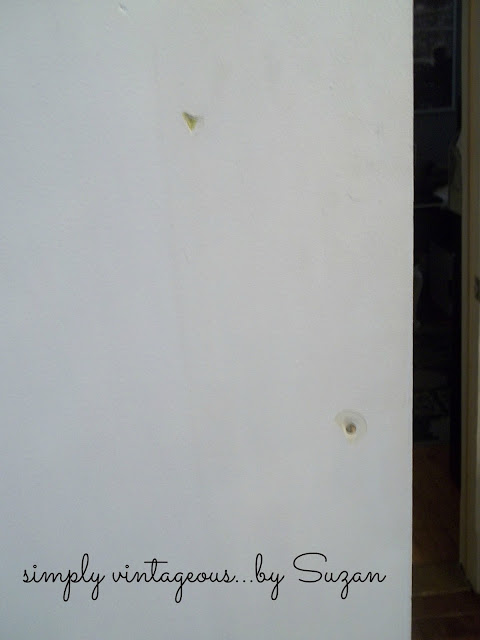 BUT he did it 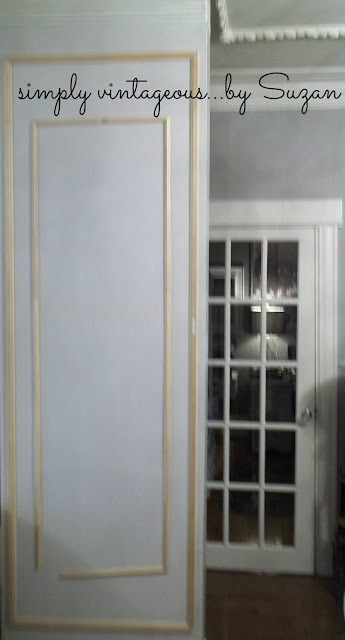 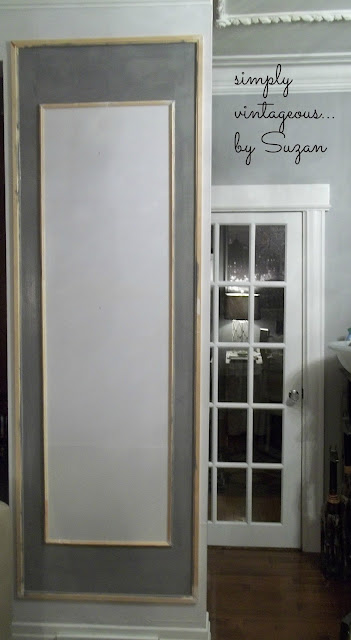 taped it all up and started on the white

Tip!  Always remove your tape when it's still tacky - not dry - especially if you've just painted a color ( in this case the grey )  or you risk removing paint. 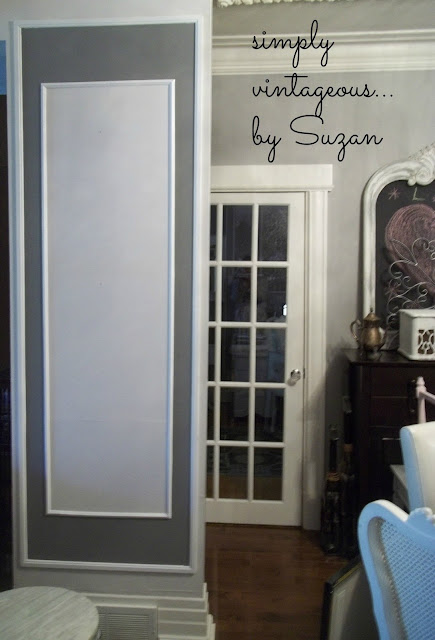 All the moldings - ceilings / walls / baseboards will get a fresh coat of white paint this week - but I'm not painting walls - most of the house is different shades of grey so I think they're neutral enough..................

Suzan says - I just LOVE it John
John says - Good - I'm glad
Suzan says - It makes the rest of the moldings we made look boring - do you think
John cuts me off - NO - NO WAY - LEAVE ME ALONE - I'VE ALREADY MISSED ONE HOCKEY GAME...............
Suzan says - Well in the next house - there's going to be some double molding happening - I can tell you that

This project cost under 20.00 -
But the change is priceless ( in my most humblest of opinions )
Doesn't it look like it was always there? ( God it makes everything else look dingy lol ) 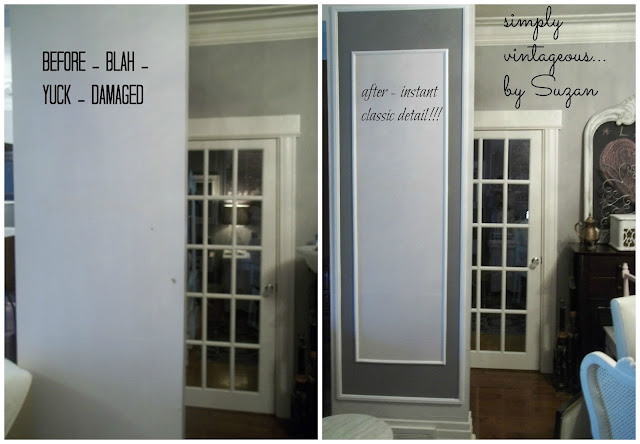 Ok - off to start painting all the trim -
Have a great Tuesday all!
Big hugs,