Montreal Churches / Stations of the Cross

Montreal is renowned for its churches. Indeed, as Mark Twain once noted, "This is the first time I was ever in a city where you couldn't throw a brick without breaking a church window."[3]
The key word here is CITY - these are all in the City ( or the island )  of Montreal 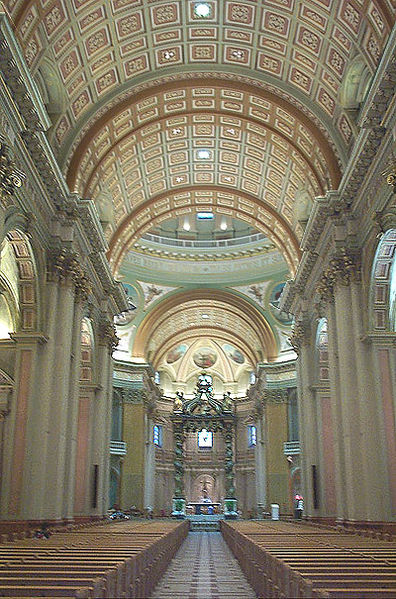 AND the last one is the largest in Canada - and it's quite magnificent - with more than 2 million visitors annually.

A major site of Roman Catholic pilgrimage and worship, St. Joseph's began with the devotional impulse of a humble monk called Frère André who worked across the street at the Collège Notre-Dame. His original tiny chapel, begun in 1904, is still extant on the southwest side of the church shown here, which was begun in 1924 and substantially completed in 1956. It's the biggest church in Canada, and the dome is the world's third largest, after Our Lady of Peace of Yamoussoukro in Côte d'Ivoire and St. Peter's in Rome.
Devout visitors sometimes climb the steps in the middle, kneeling to pray at every step; most walk up normally or take one of the free shuttle buses from the base.

My Grandmother ( on my Mother's side - Irish/Canadian - actually knelt and prayed at every single step during World War 2 - all 280 of them - I've walked up them many many times in my life - and every single time I do - I imagine her and the grief that made her do it.............. 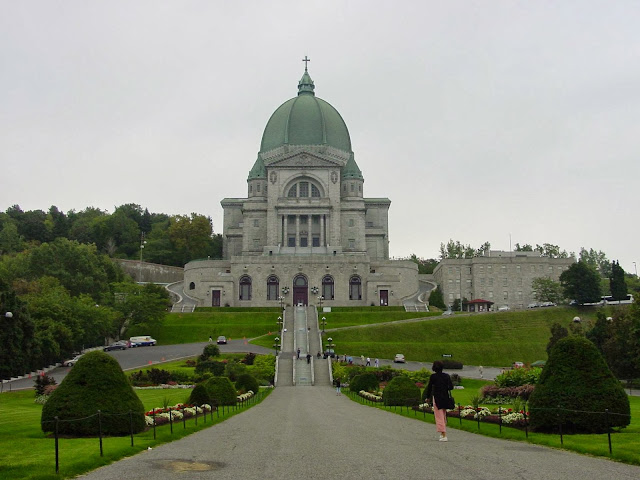 STATION 1
JESUS IS CONDEMNED TO DEATH 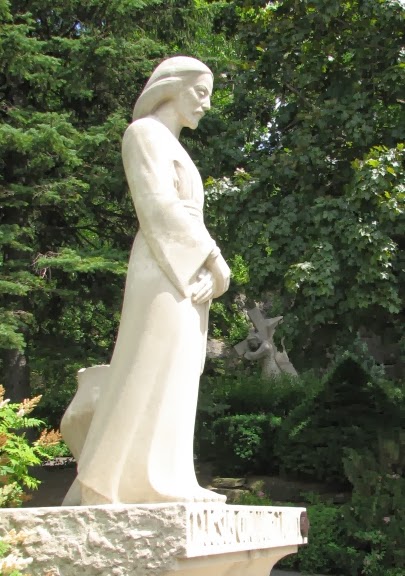 STATION 2
JESUS IS LADEN WITH THE CROSS 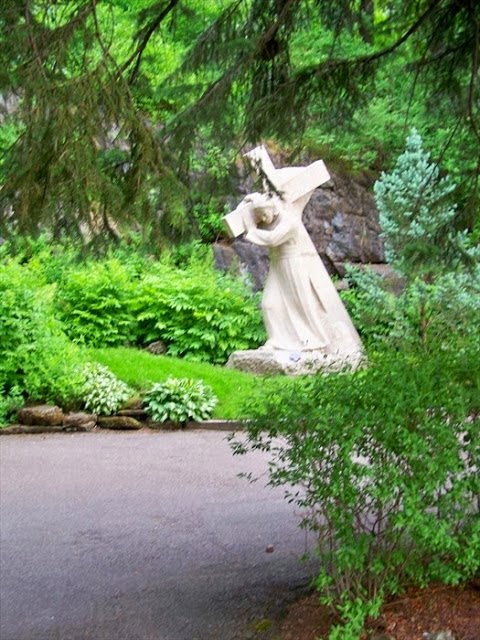 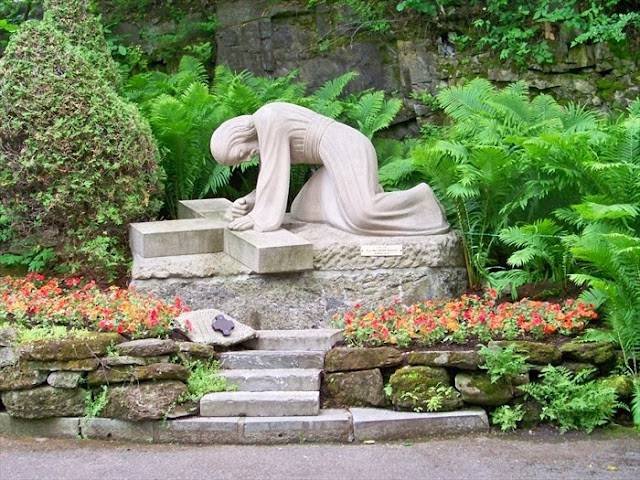 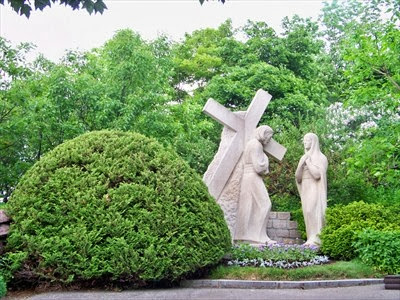 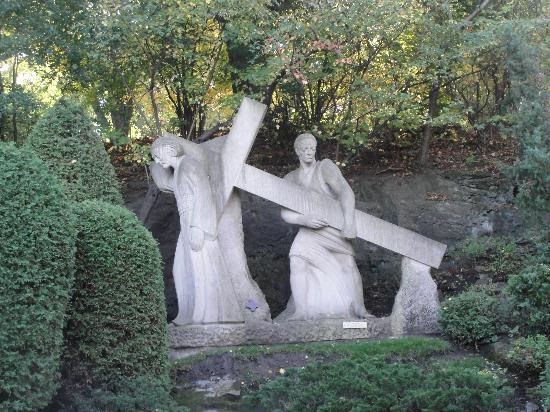 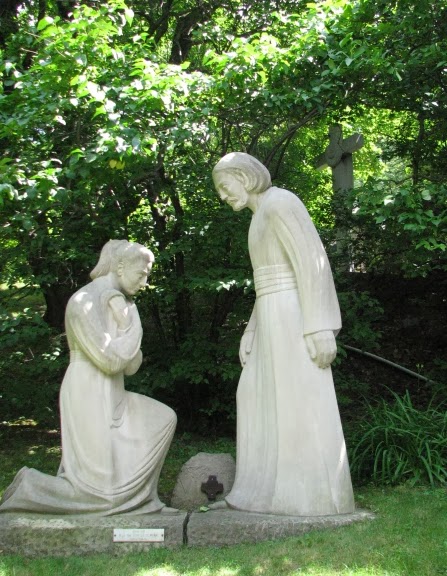 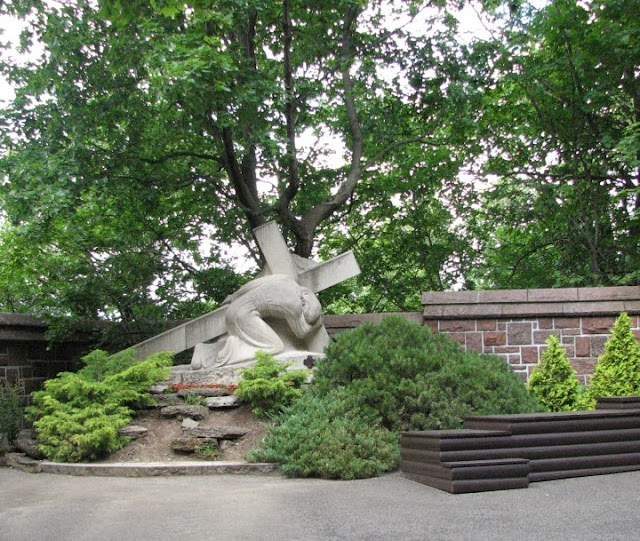 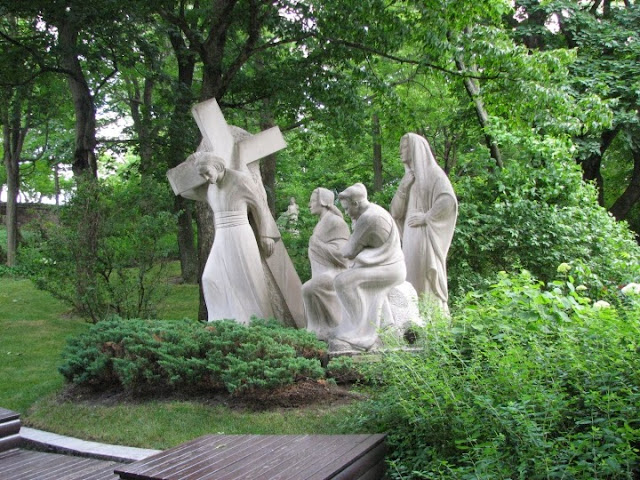 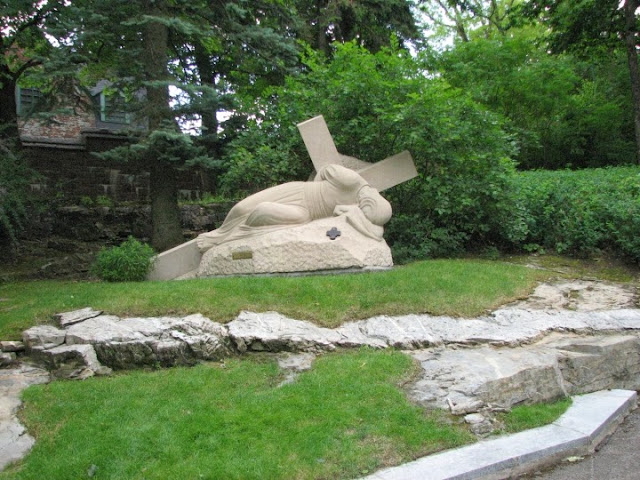 STATION 10
JESUS IS STRIPPED OF HIS CLOTHES 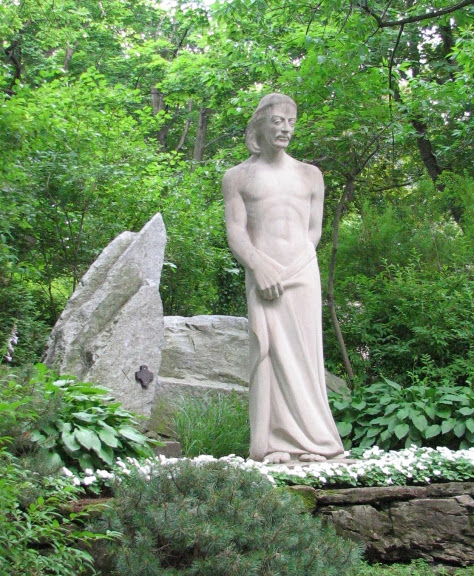 STATION 11
JESUS IS NAILED TO THE CROSS 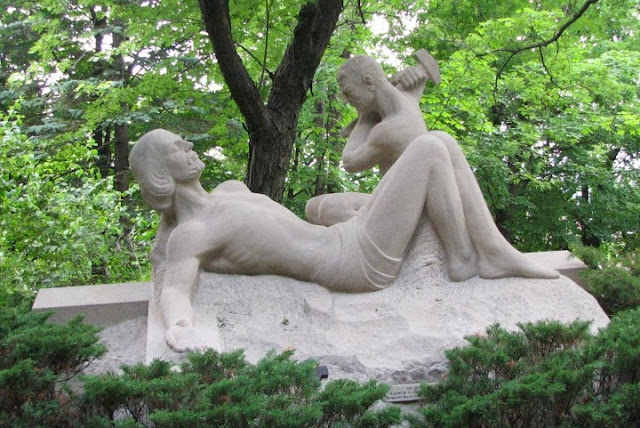 STATION 12
JESUS DIES ON THE CROSS 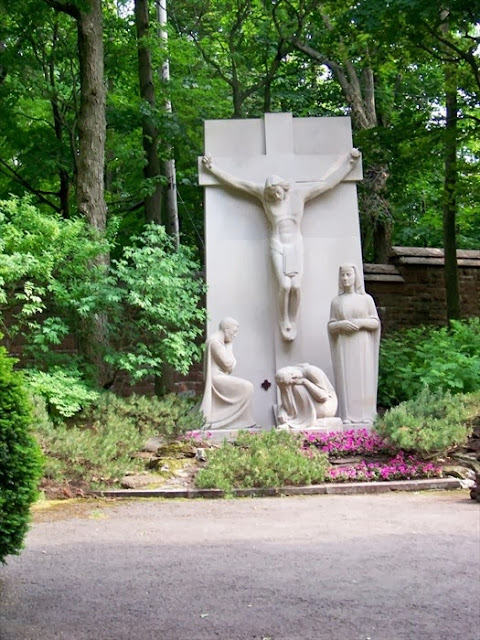 STATION 13
JESUS IS TAKEN DOWN FROM THE CROSS 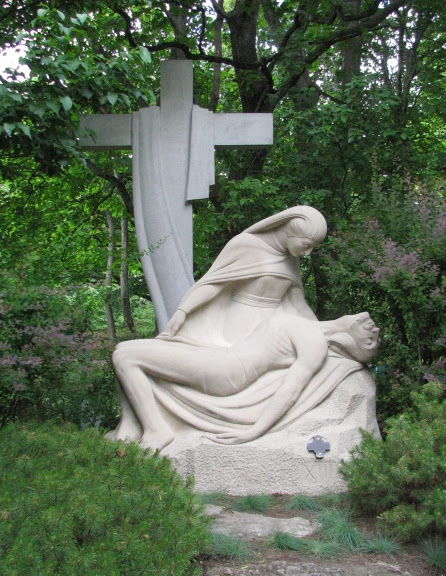 STATION 14
JESUS IS PLACED IN THE TOMB 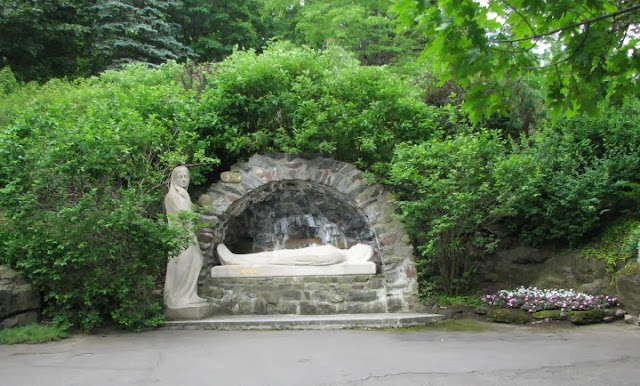 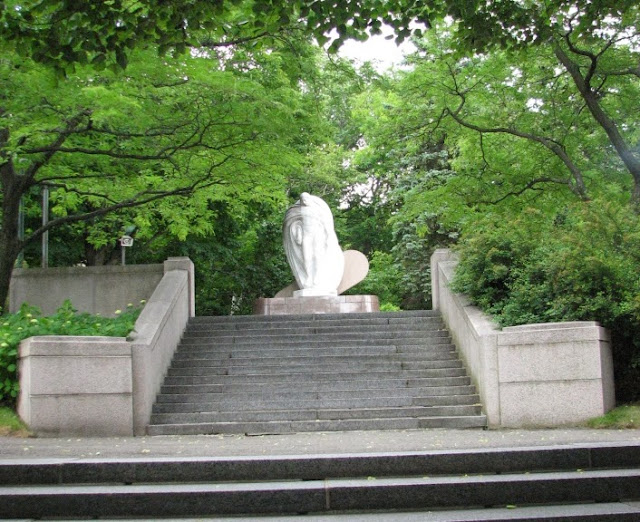 POOL AND FOUNTAIN OF REDEMPTION 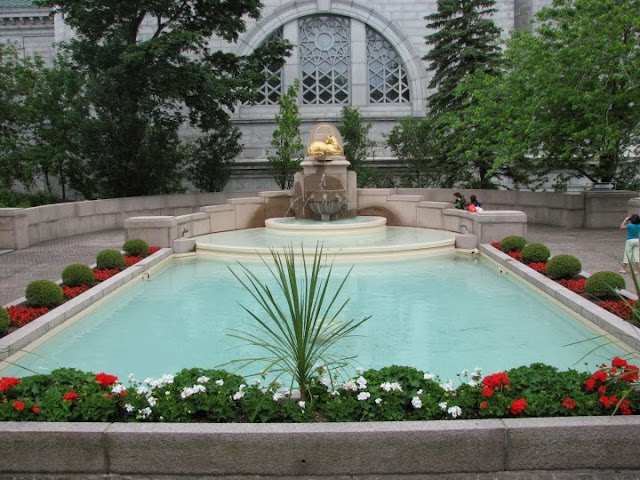 It's truly a magnificent garden - people of every faith and denomination visit this garden yearly - and no matter what your belief system is ( even if you don't have one ) - you can only feel a wave of peace and love upon leaving it.

Hope you feel a bit of both today
Much love,

images were sourced through DC MEMORIALS.COM  - click to see other images.
( unless the source is hyperlinked beneath an image )

THE GARDENS OF THE WAY OF THE CROSS

The outdoor Gardens of the Way of the Cross is one of Saint Joseph’s Oratory’s best kept secrets. The 16 stations unfold amidst an artfully landscaped terrain. Located to the east of the basilica, the gardens are a good place to meditate.

From the early days of the shrine, a Way of the Cross was marked out on the mountain to allow the faithful to come and meditate upon the Passion of Christ. This devotion was very close to the heart of the Oratory’s founder, Saint Brother André. The project of creating a Way of the Cross out of stone, to replace the rustic wooden crosses, emerged in 1935.

Work on the 200,000 square-foot area to the east of the basilica did not begin until the fall of 1942. Famous landscape architect Frederick Todd designed a pathway meandering around the flank of the mountain transforming the site into a magnificent garden with many varieties of trees, shrubs and flowers. This lovely green space showcases one of the most beautiful treasures of Canada’s religious heritage.

The Art of Louis Parent

Montreal artist Louis Parent conceived this major artwork. His Way of the Cross has 14 of the traditional stations to which he added a marble monument depicting the Resurrected Christ and a reflecting pool with the Fountain of Redemption. In toto, the grouping comprises 42 characters, each approximately 9 feet high, which the sculptor modeled in his workshop at the Oratory, between 1943 and 1953. The statues were carved out of Indiana limestone by Ercolo Barbieri, between 1952 and 1958. Louis Parent designed the pieces to blend harmoniously into the natural environment. Art critics have had nothing but praise for this work that has stood the test of time.

The Gardens are open from May 1 to October 14 (Thanksgiving).