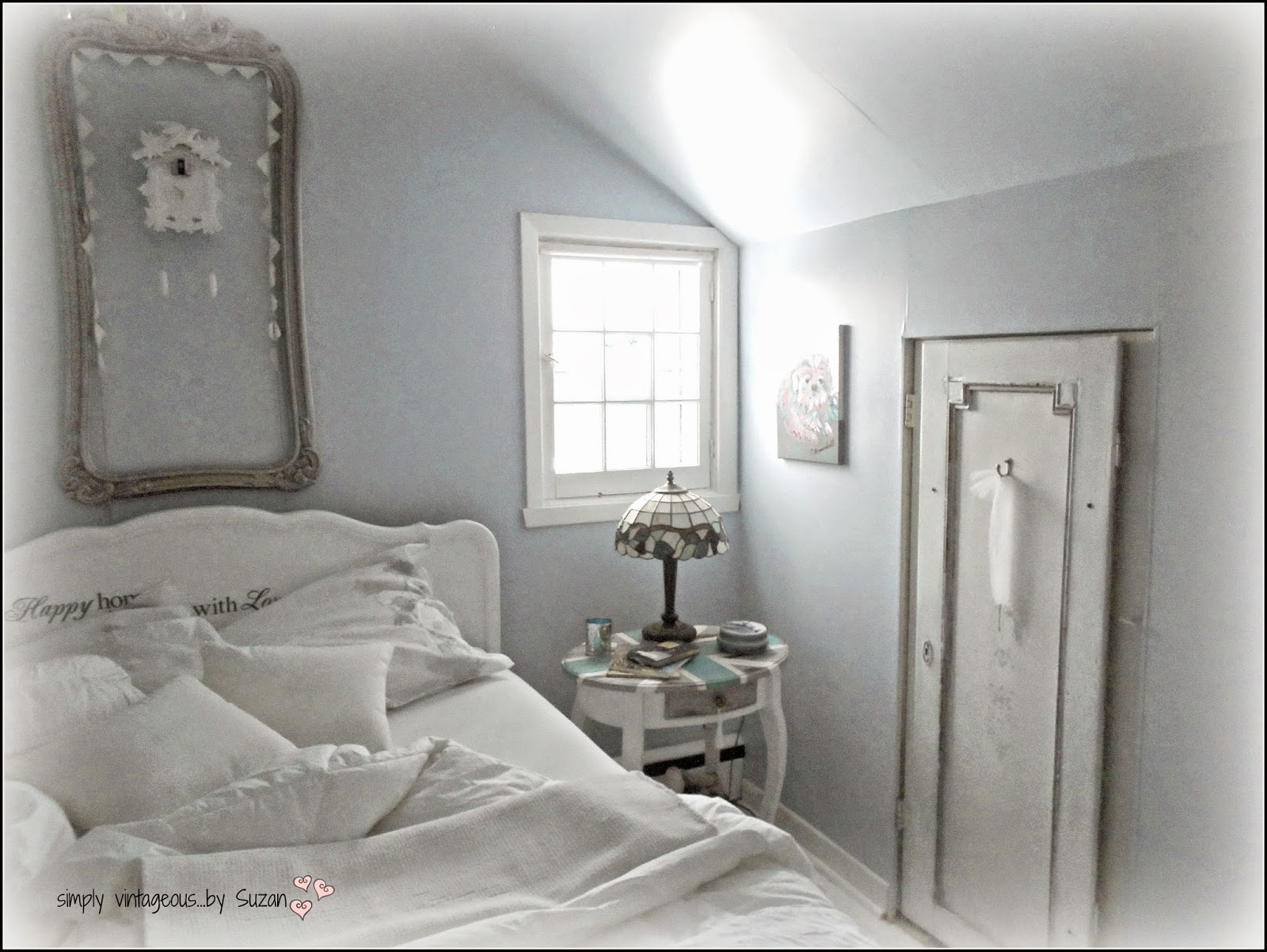 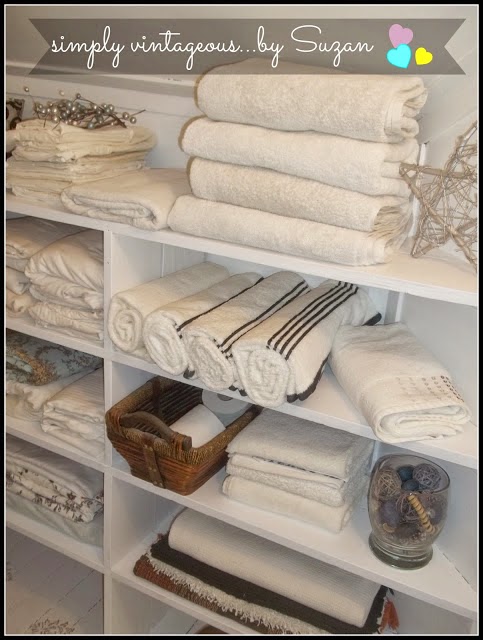 anyway, tucked in the corner - behind the laundry basket - I found a door that I had completely forgotten about.- it's a small door - from an armoire or such I'm sure.
I bought it while living at the last house - where it fit the Victorian flat beautifully.  I pulled it out wondering where on earth I could put it in this place and an idea was born !

Remember that tiny hobbit closet door tucked under the rafters in the guest room?  ( guest room before and after post here
I had painted the panels in a gingham check to give it a little something - something - but the truth is I never really liked it - way too busy for such a small space. 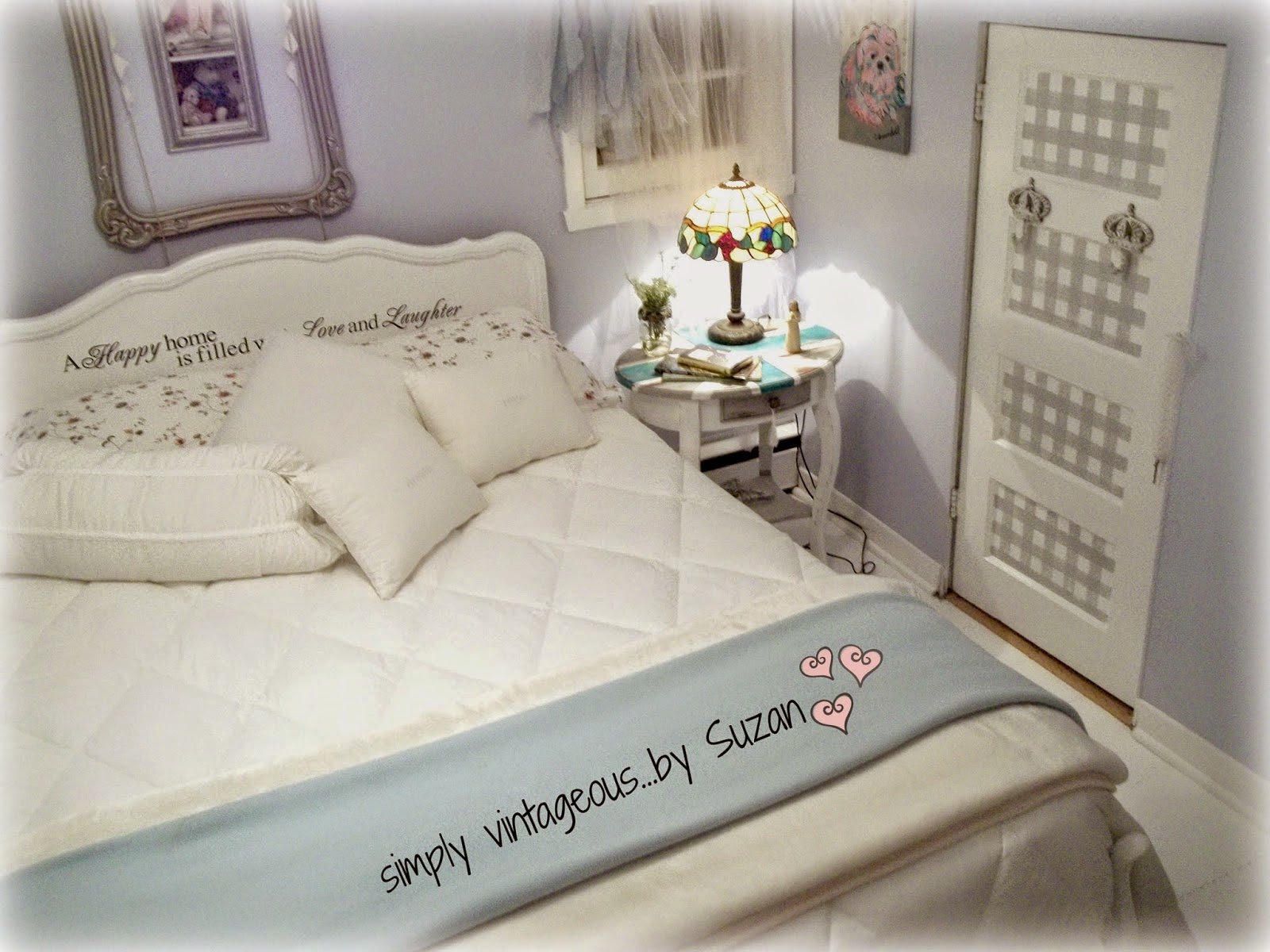 The vintage armoire door was placed over it ( simply screwed on to the original door )
Much better don't you think? 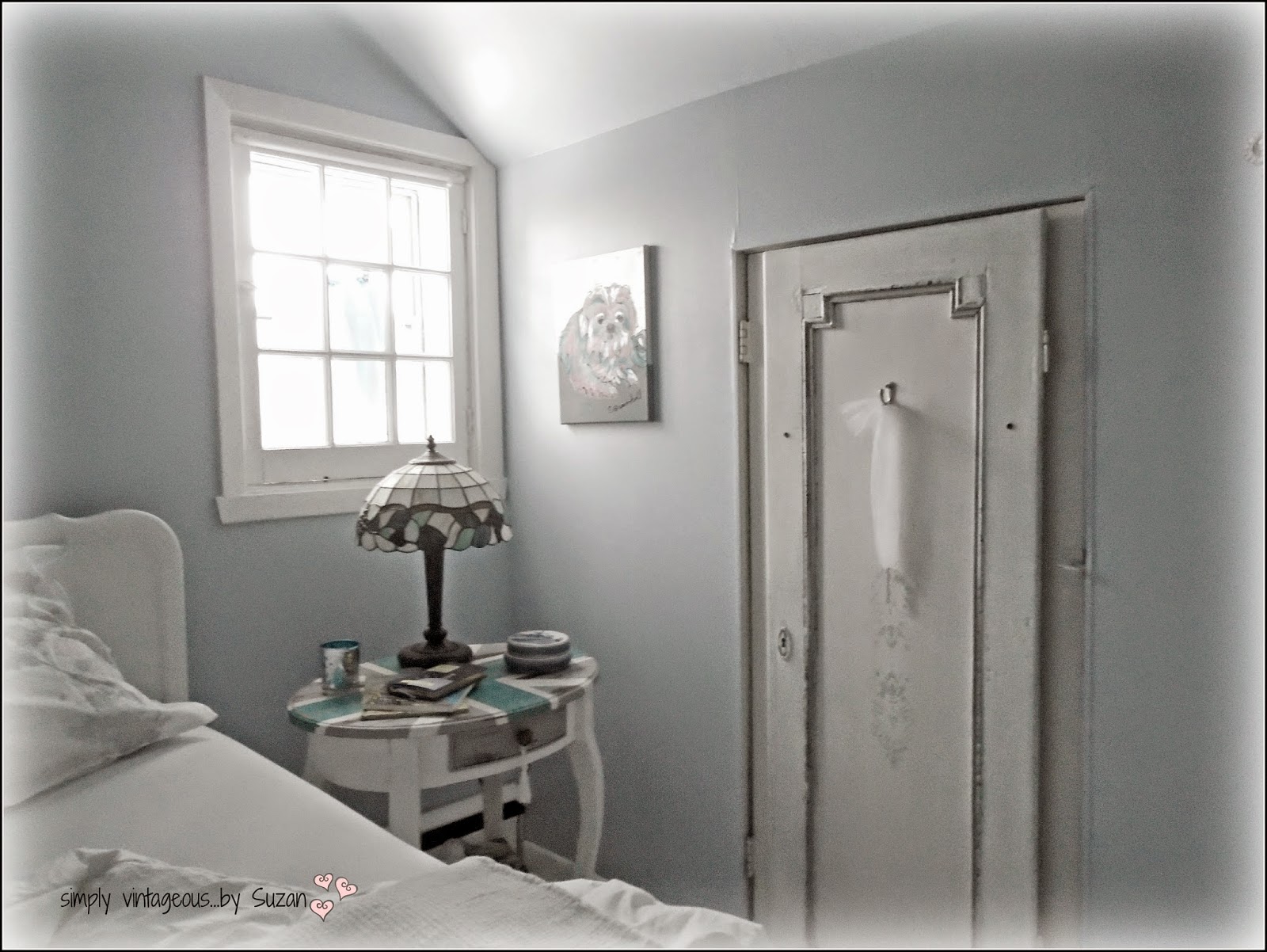 Suzan says - Do you like it?
John says - Very nice !
And walks away - leaving me baffled...........wow - normally there's so much conversation involved with one of my projects !
Maybe he's not feeling himself? 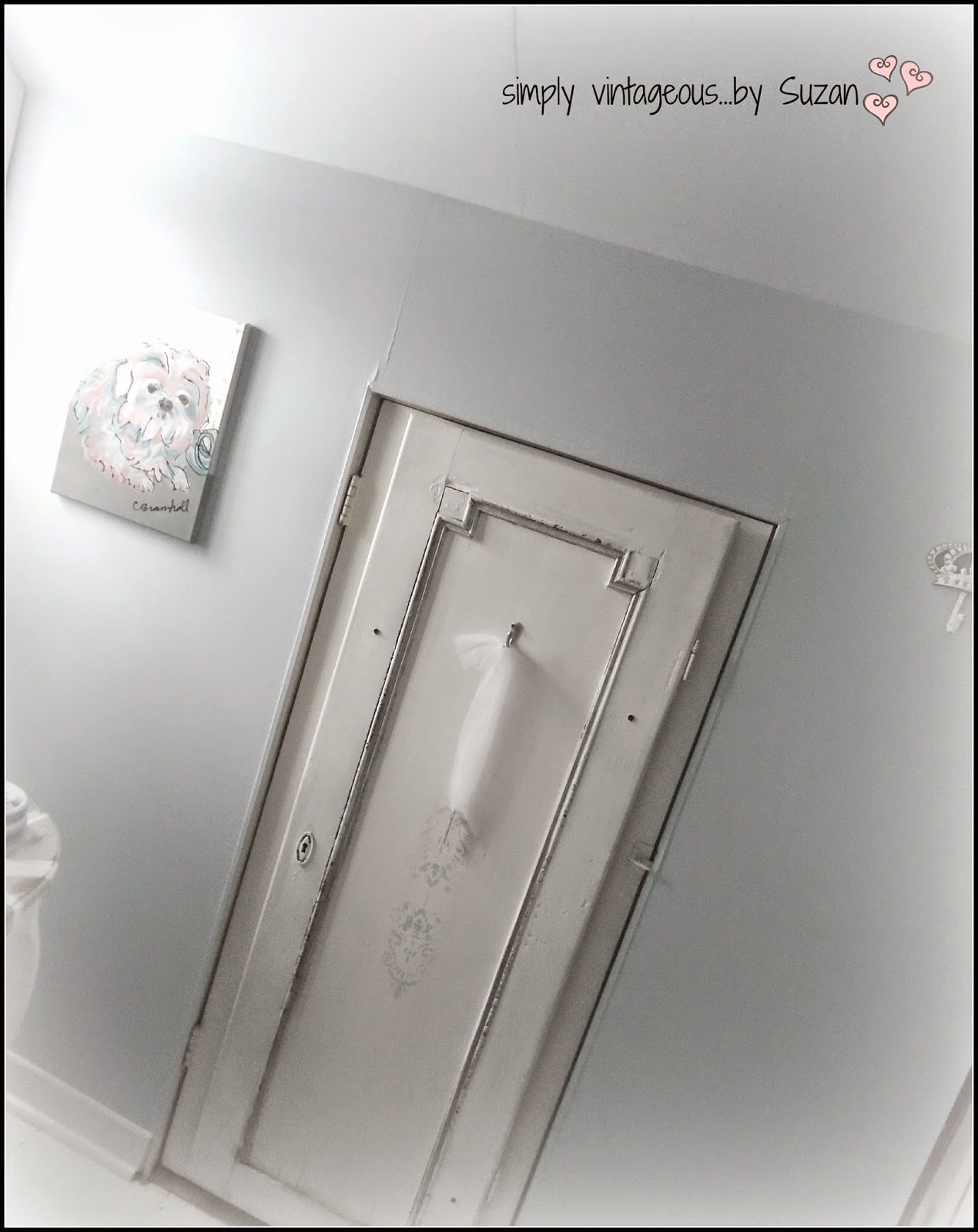 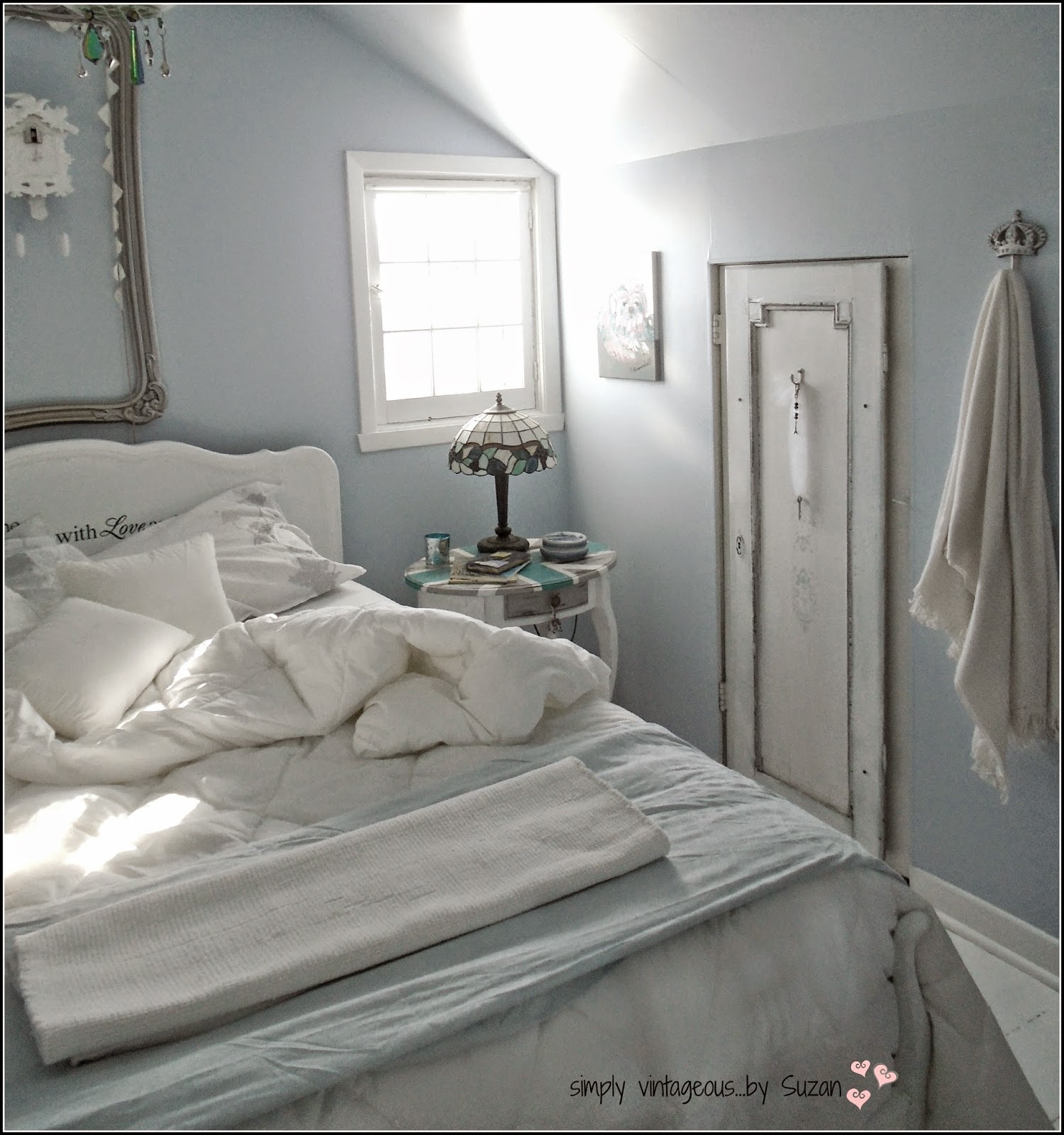 And just like that - everything returned to normal !
I heaved a sigh of relief - nothing's wrong with him after all !

I had half a mind to continue the conversation - but I DO happen to understand redundancy and so I stopped right there. 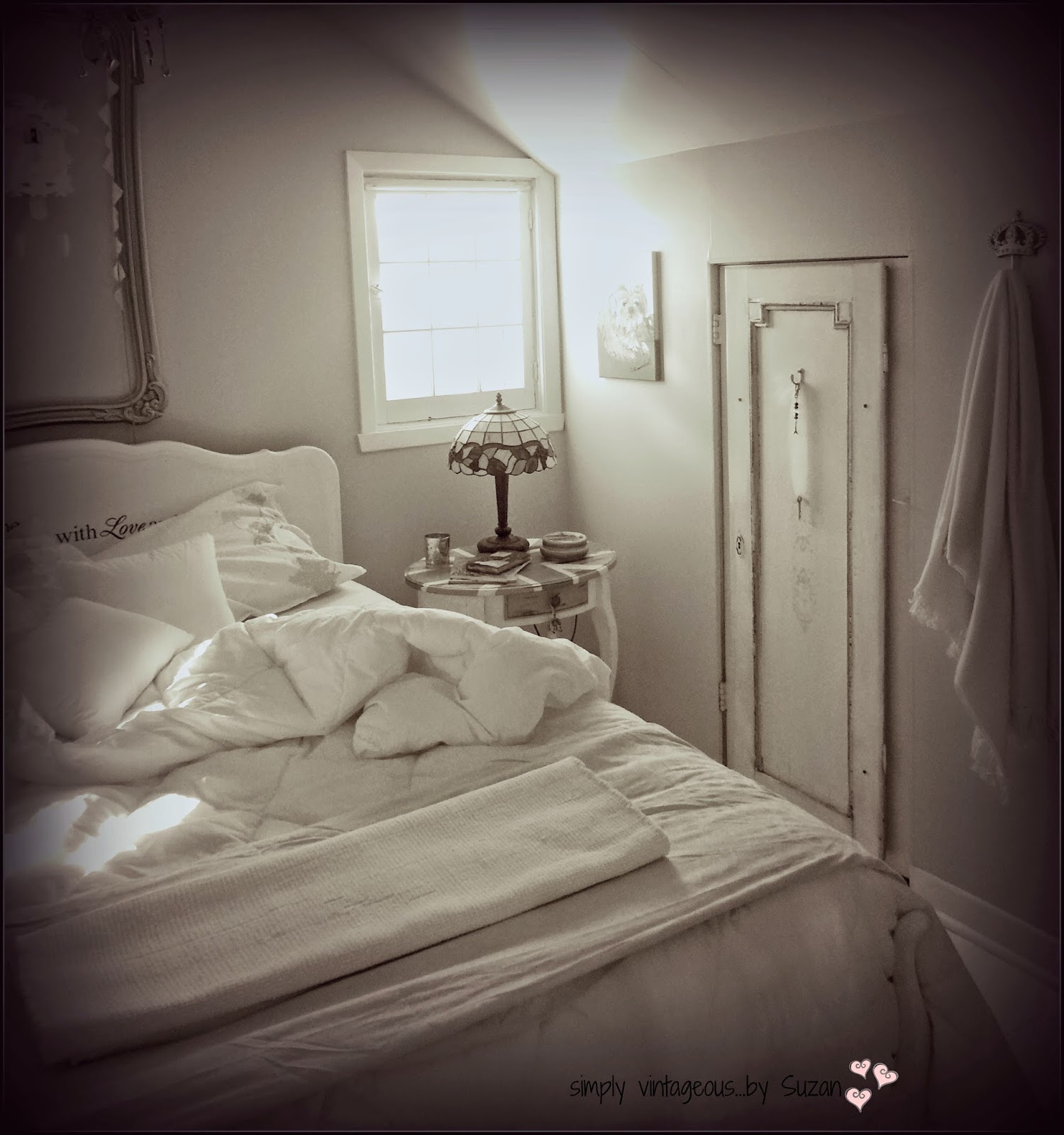 One man's " door redundancy " is another woman's " door decor "
And in my world ( you know, that strange one I live in ? ) doors are actually furniture.

Have a wonderful day everybody !
Hugs,
Me