Back in the day - when the kids were teenagers, the basement belonged to them.

I seldom went down there except to do laundry or clean - it was basically theirs to do what they wanted with...........the occasional parties - late night t.v. - private phone calls - things you don't need a parent standing over your head watching ( especially when there were extensions upstairs I could listen in on from time to time ( terrible I know - but I did it )

I can remember a time when I was starting to get suspicious - they were down there a little too often - all three of them - and very quiet - too quiet - abnormally quiet.

I panicked -
I completely panicked and wondering if perhaps they were doing drugs down there I made my way down when my Son darted up from the couch and BLOCKED me from entering the living room section.

" You don't want to come in here Mom " he urgently said

We literally struggled for a moment before I was able to convince him that it was ok - that whatever was going on was ok - I wasn't going to freak out, I assured him, as my mind raced with drug rehabilitation for 3 kids -

A stray cat Lindsay had found.

My heart melted ( with more relief than I can convey here )


Lindsay's in Florida this week - 17 years later - guess who's babysitting?

Meet Loki - who's presence in our life has graced it beyond belief.
Delivered to me Friday night ...................
She's an " elderly " cat - she's spoiled - she can be a little cranky at times - she has arthritis in her hips and hind legs making mobility difficult - but she's the family princess.- our very own Aristocat

I've put her in the guest room - and sleep with her at night - I brush her - I talk to her - I sing to her -
I carry her up and down from the bed so that she doesn't hurt herself.

And because every princess deserves breakfast in bed from time to time, I indulge her with that too 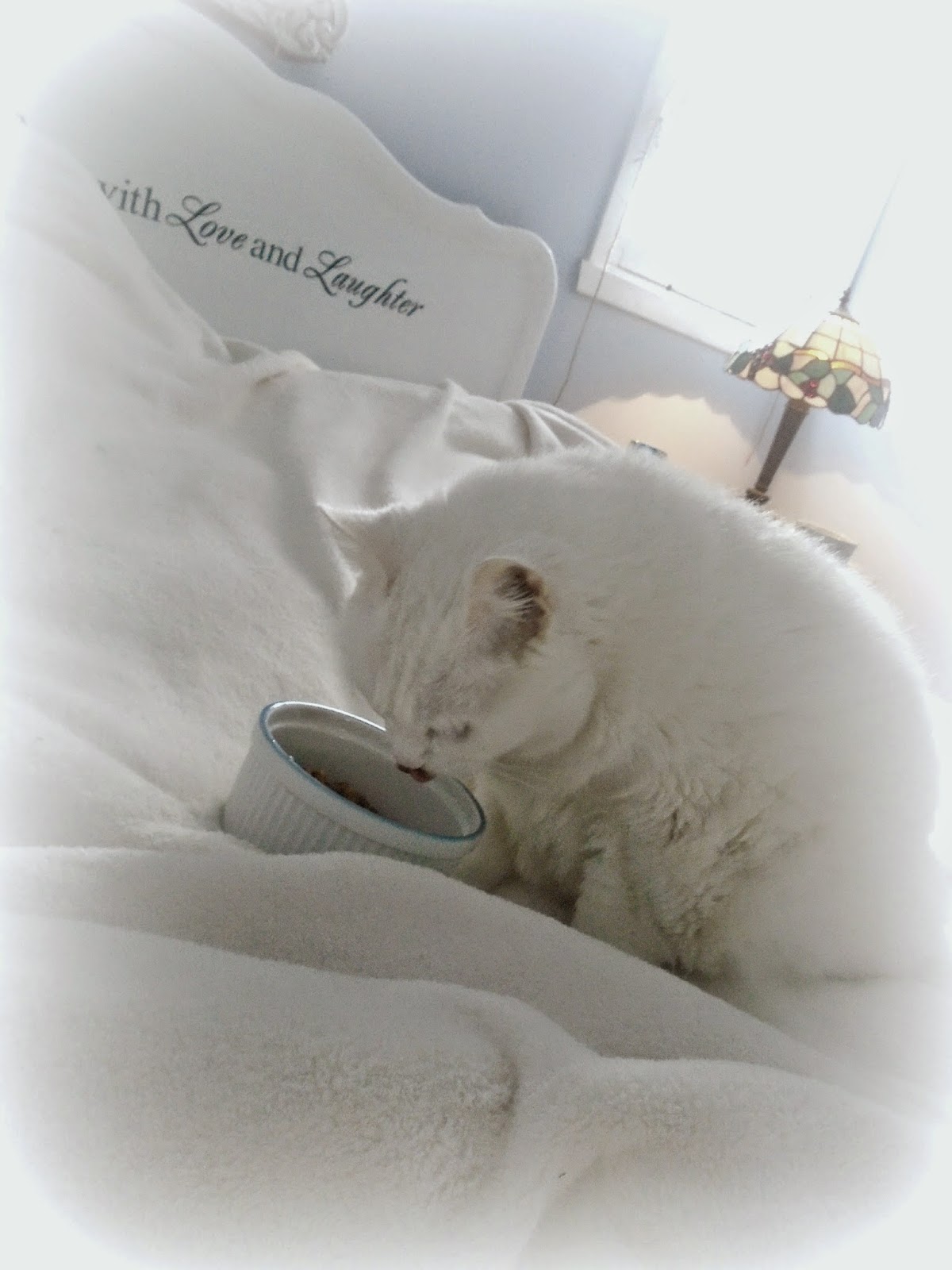 My kids have rescued many animals since those years...........but she was the first
And I'm so grateful she followed Lindsay home all those years ago.

Okay - she's calling me back - I'm off to give her a massage.
And whip up something for the Prince..

Have a wonderful Sunday everyone
Much love
Me
June Cleaver