And I don't mean smashed Brussels - which would involve hitting a Belgian over the head with something or other. 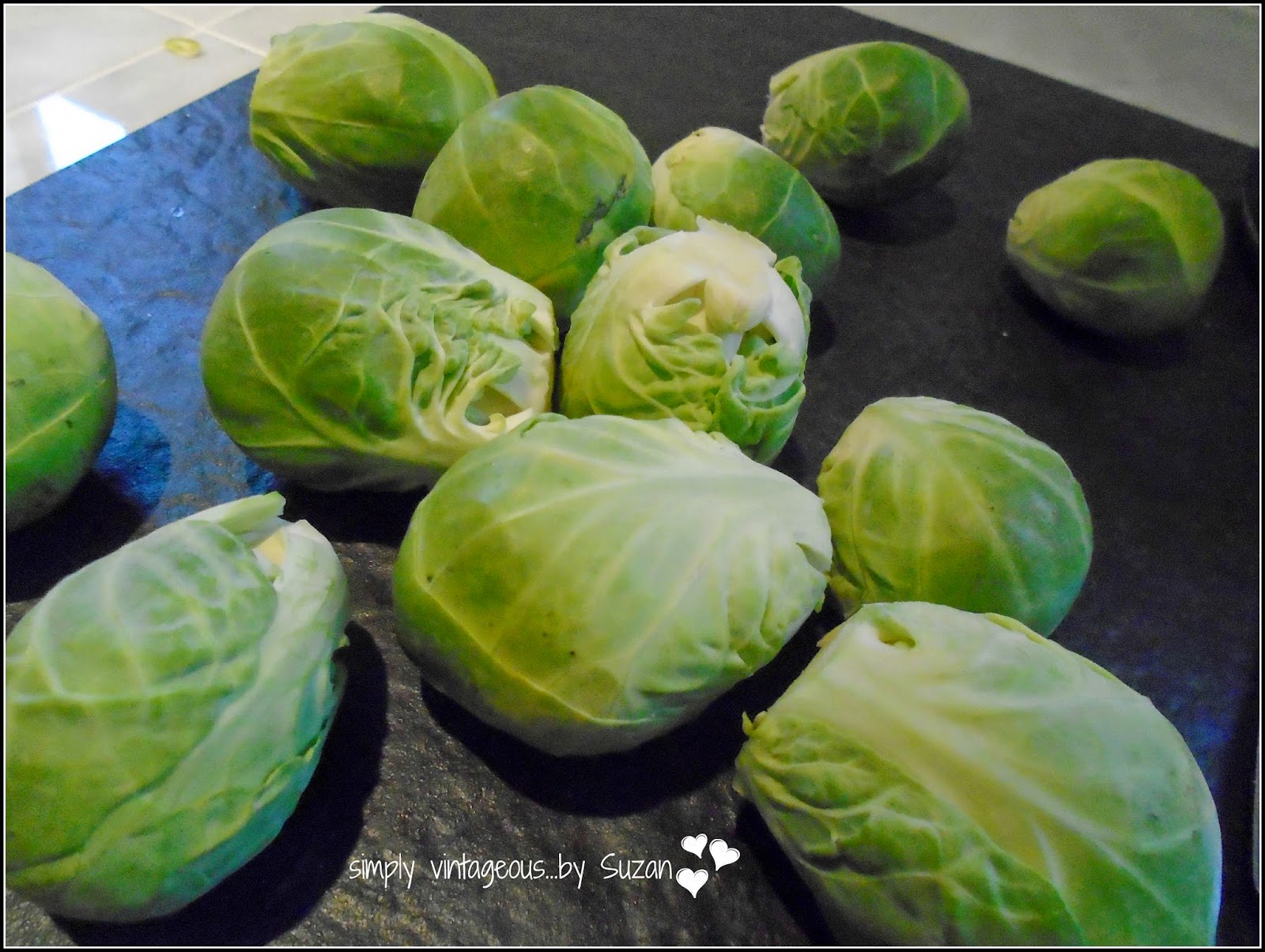 I call everything " mashed " - I know that some people say, for instance, " smashed potatoes " but in my world they're Mashed Potatoes or Mashed Turnips and Carrots - or Mashed Cauliflower

John's Mother did it - and so I must now always do it - get it?
It's the Yorkshire way don't you know?
( and I'm not going to argue with the part of the world that gave us Yorkshire pudding - no way )

He claims it removes some of the bitterness when cooking - maybe it does. 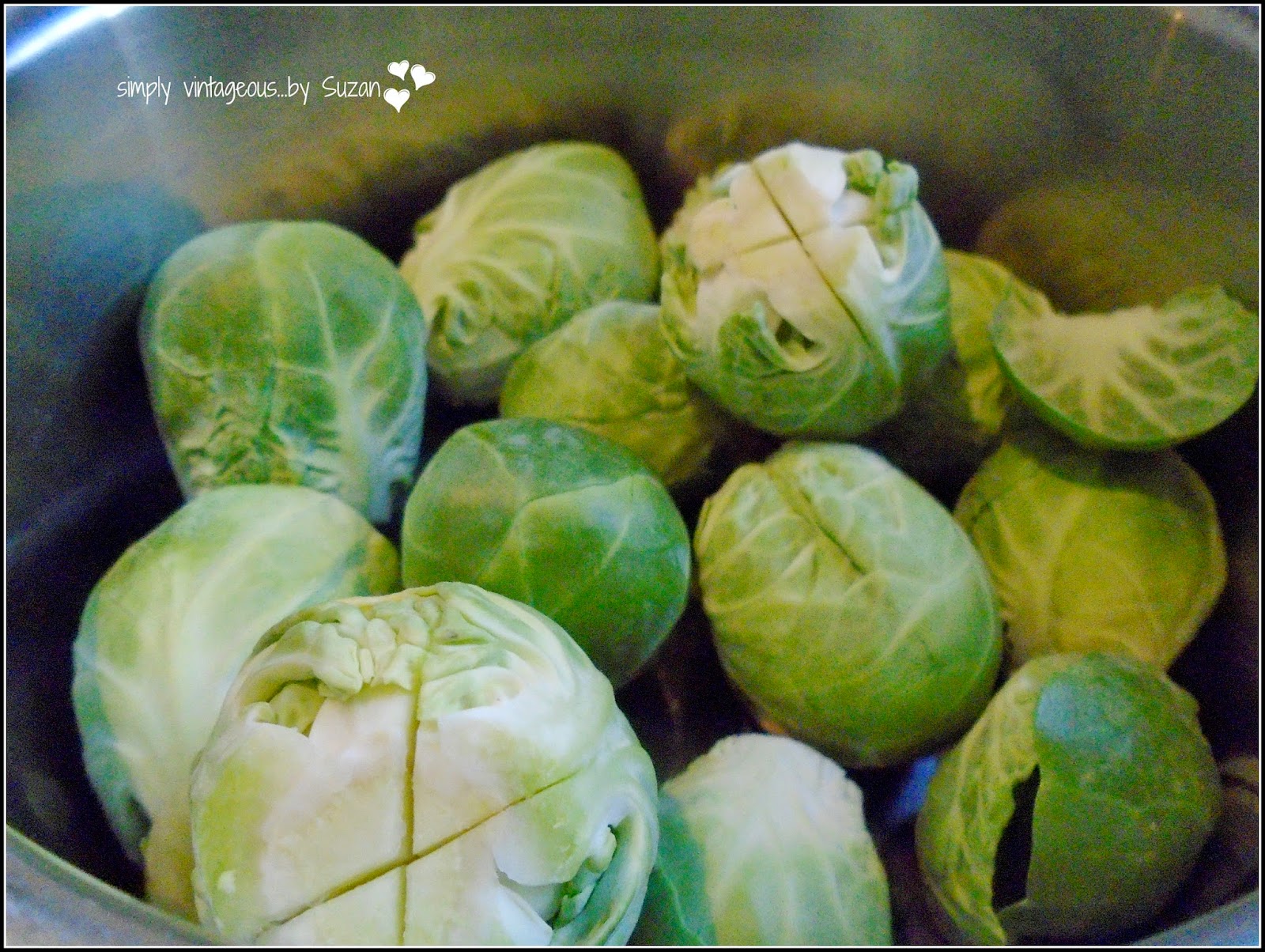 Then you boil them until there's not an ounce of nutrition left in them.
( this is important - the nutritions must be evaporated and floating around in the atmosphere - take deep breaths over the pot if you want to capture some of them ) 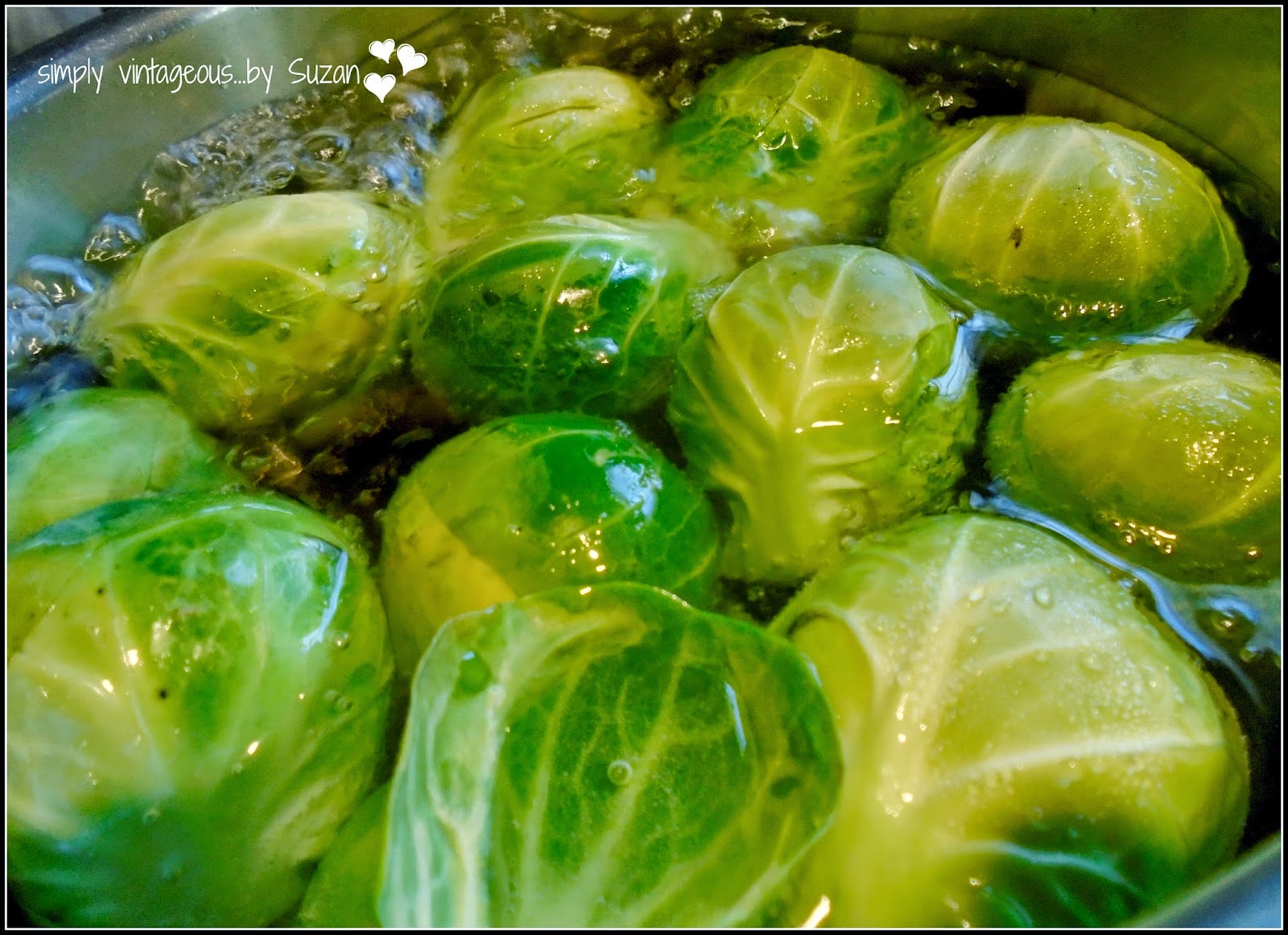 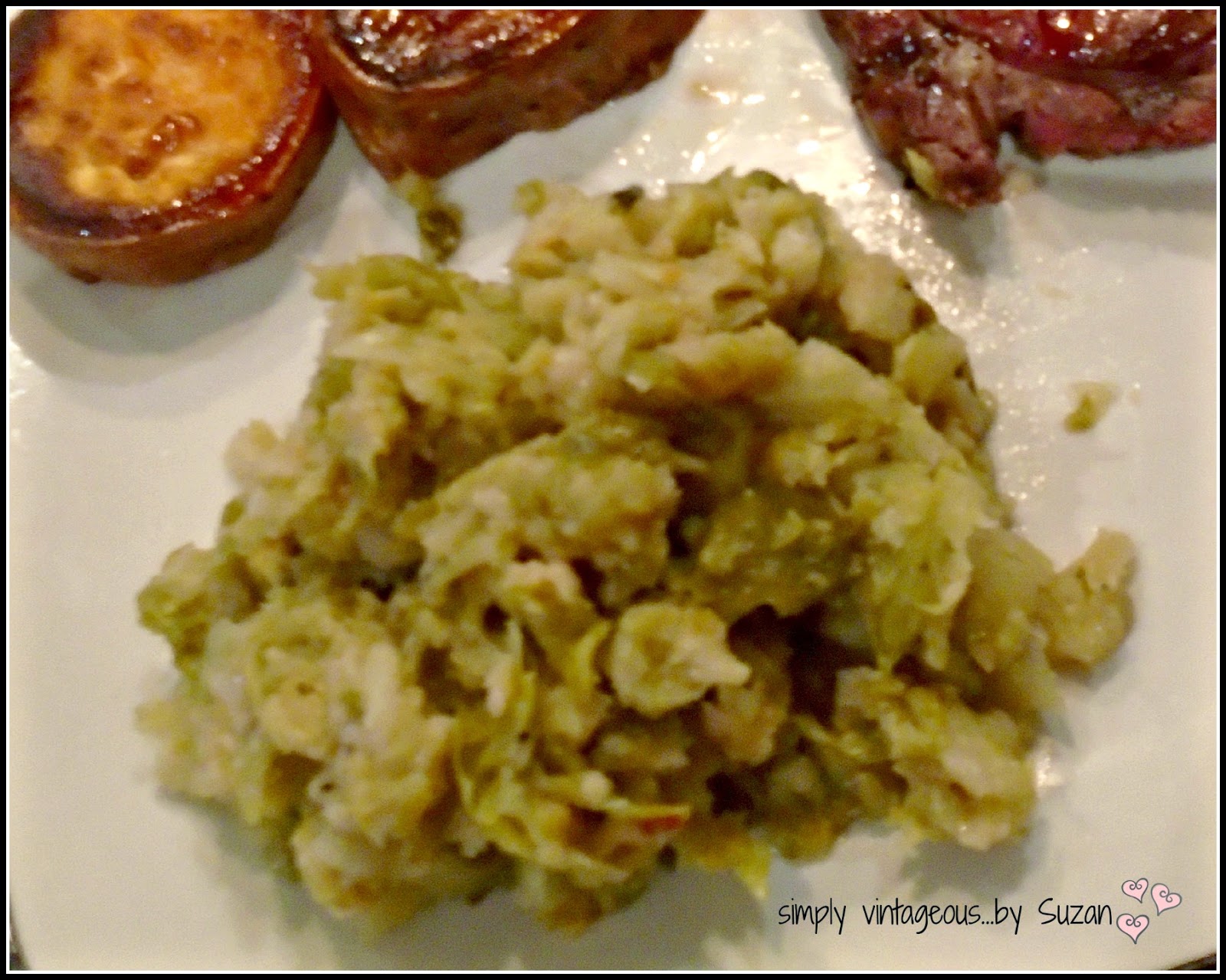 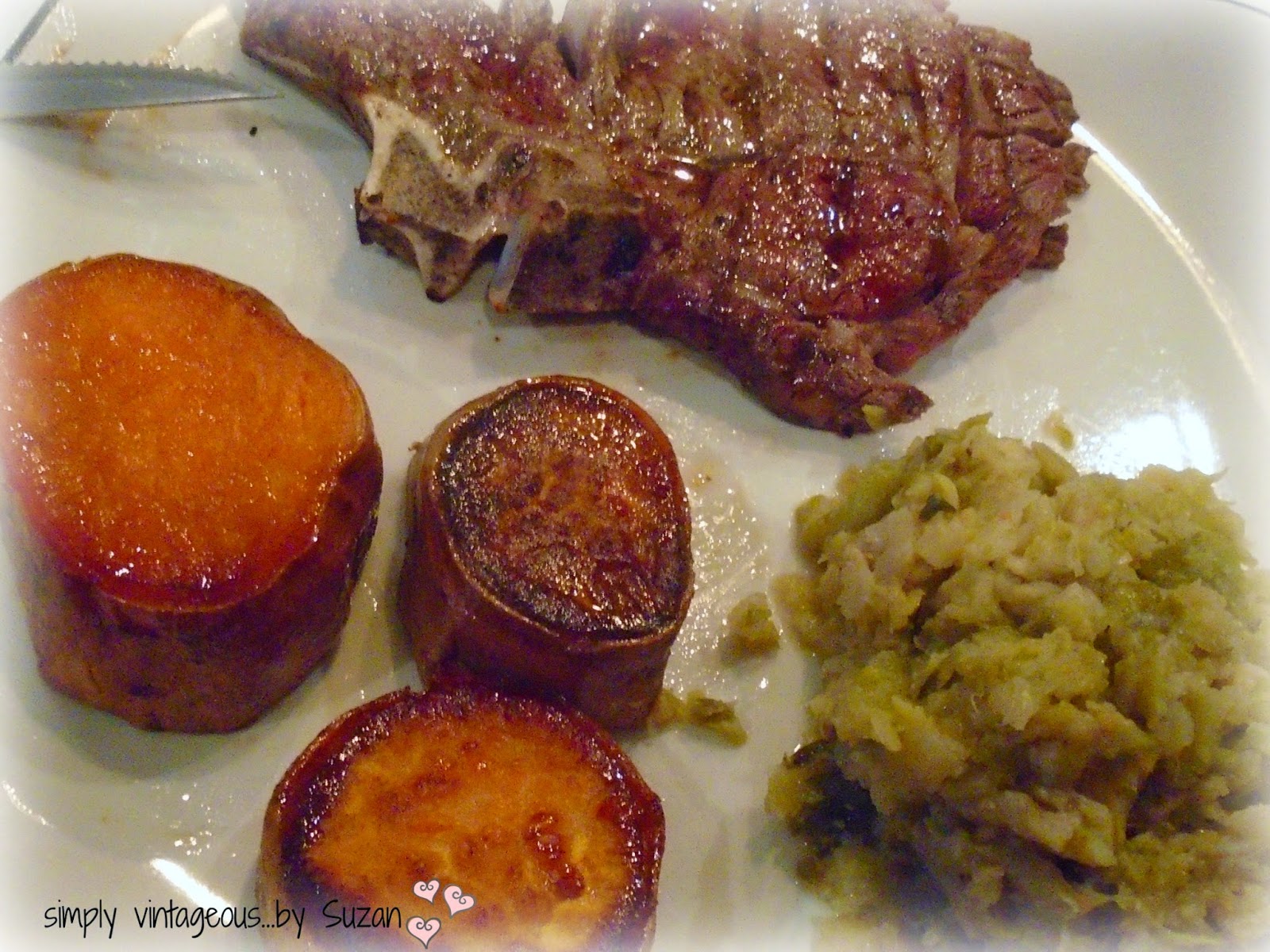 Total calories?
Fuggedaboudit - you only live once.
If you want to live longer you will NOT eat this every day or even every week - but now and again its perfectly fine to almost faint from food joy, right?

John's sitting there roaring -
John says - You kill me when you take pictures of our dinner
Suzan says - Oh be quiet
John says - Who do you think you are Julia Child?
Suzan says - Listen - Julia would have hit you over the head with a frying pan for being so fussy
( she didn't suffer fools gladly )