Can I get you a coffee, tea, Sangria? 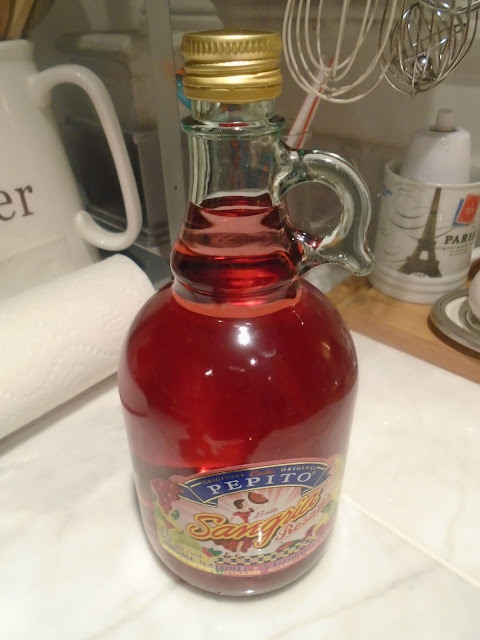 If they sold wine in the shape of a golf ball I can guarantee you there'd be a couple of those sitting on the counter as well.

I was watching a movie the other night and there was a scene where the couple woke up - first thing in the morning and started deeply kissing.

It was a very romantic scene but all I could think of was bad breath.
I mean it's one thing when you've just brushed your teeth and the Director says " Action " but it's another thing completely in real life............

Soda loves things that stink
I'm not sure if all dogs do but she REALLY does.

She'd crawl IN my mouth first thing in the morning - really

Sprinkle some parmigiana cheese on her food and her tail starts wagging with gratitude.

Take her for a walk and she's almost dancing with glee if someone hasn't bothered to pick up their dog's mess.

These are the little things she lives for.

Later on that day - after mowing - he jumped in the pool - leaving his shoes by the table outside. 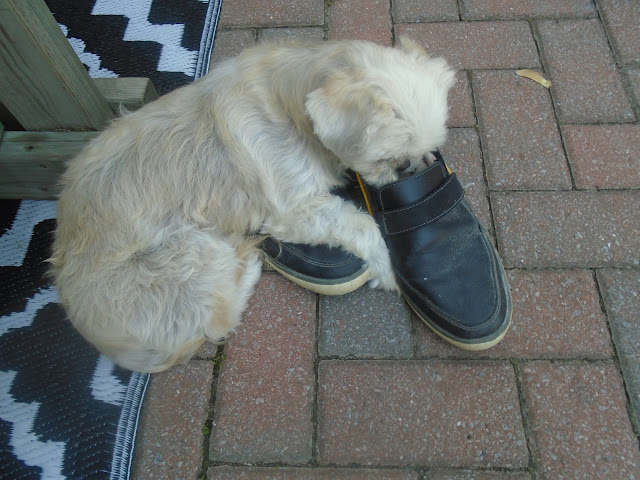 and then Soda took a nap 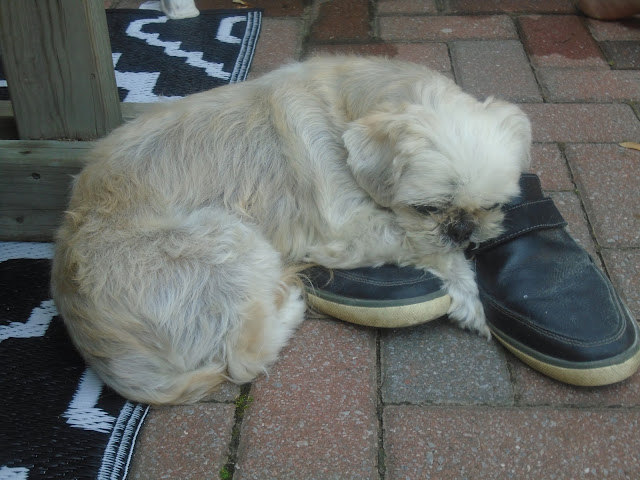 I had a terrible nightmare the other night.
You know, the kind that makes going back to sleep impossible.
I woke John up - frantically upset.

And just like that - I burst out laughing - the nightmare temporarily forgotten.

When we first moved in this place - John fell down the stairs a couple of times.

It's a narrow staircase - with a sharp turn halfway - scary stuff

He didn't answer me - which made me assume he had died upon landing on the floor.

I'm not good in emergencies.

We've been having a heat wave here in Montreal - and so the water evaporates in the pool ( sometimes a couple of inches a day ) I decided to slip the hose into it to fill it.  And then I started painting the desk and promptly forgot about it.

John says - There's water leaking down the street
Suzan says - Did a pipe break?
John says - I don't know - but there's a ton of it in front of our driveway
Suzan says - Well maybe we should call the city?

John walks in the backyard.

Suzan says - Oh look how pretty it looks - it looks like an infinity pool !!!
Suzan says- Well we don't have to water now !

John loves bananas - they're probably his favorite fruit.
We were out of them the other morning.

John says - Did you eat the last banana?
Suzan says - Nope - maybe one of the kids did yesterday
John says - I'll have to go pick some up
Suzan belts out - YES - WE HAVE NO BANANAS - WE HAVE NO BANANA'S TODAY
WE'VE STRING BE-----
John interrupts - CAN YOU STOP ALREADY?  DOES EVERY CONVERSATION HAVE TO END IN A SONG?  IT'S LIKE LIVING WITH ETHEL MERMAN FOR CHRIST' SAKES !

I know I keep mentioning Donald Trump on my Friday chats - but I'm fascinated with how all of this is unfolding.

Until this week.
He said something that I found myself nodding in agreement over.

You all have a wonderful day everyone !
I'll be by the pool sipping on Sangria's.
A lot of them.