But John is right.

I can't - I simply cannot walk into that store ( or any store if the truth be known ) and not go completely nuts.

These cutting boards are great - I've been using them for many many years actually - because they have an edge to keep them in place - and if you turn them around they have a ridge to catch drippings. 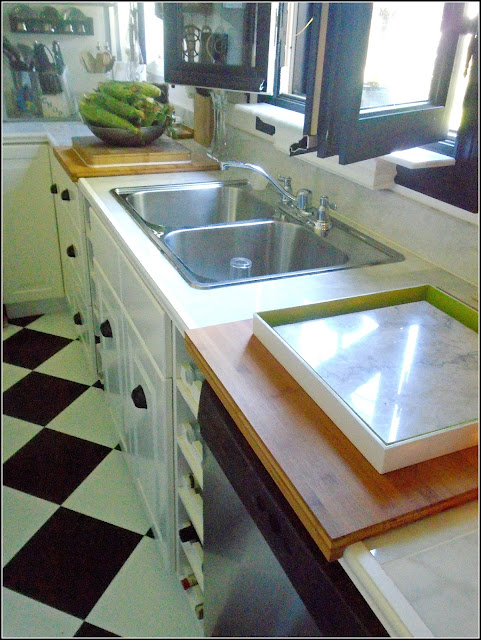 I have a round marble piece ( from an Italian side table I bought many moons ago )
It sits on the island................( don't look too closely - the island top is made out of fence planks - I have an affinity for fence planks - you can see how we created it  HERE ) 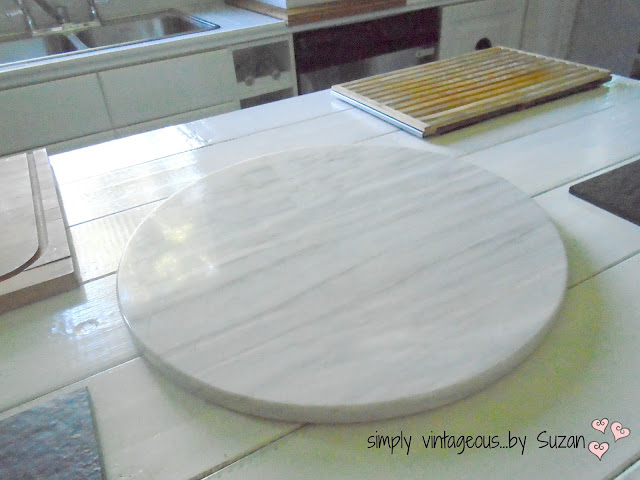 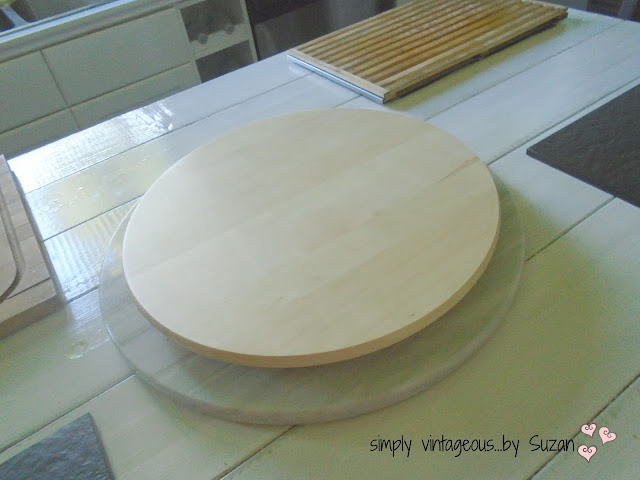 and then placed the mat on top of that 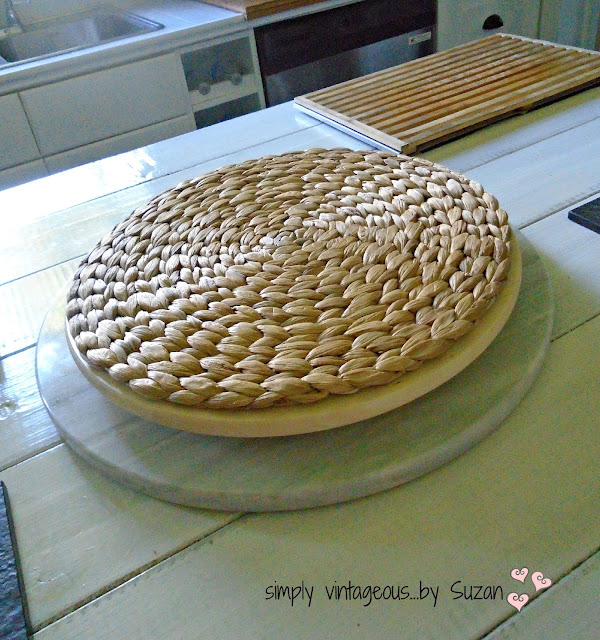 John walked by -
John says - ARE YOU TRYING TO BUILD A BLOODY CASTLE???

But look how cute it looks !
(If I had any sense of deceny ( have you no decency Madam? ) I'd have washed the dome before taking photos)
Of course you could add height by placing a couple of bricks underneath ( that's a joke - cuz I'm funny ) 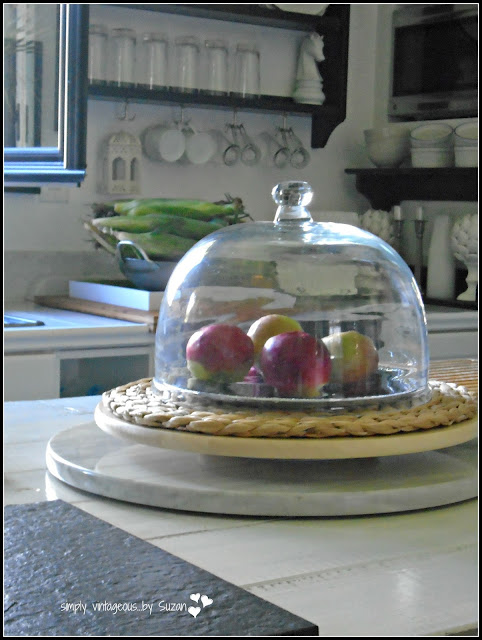 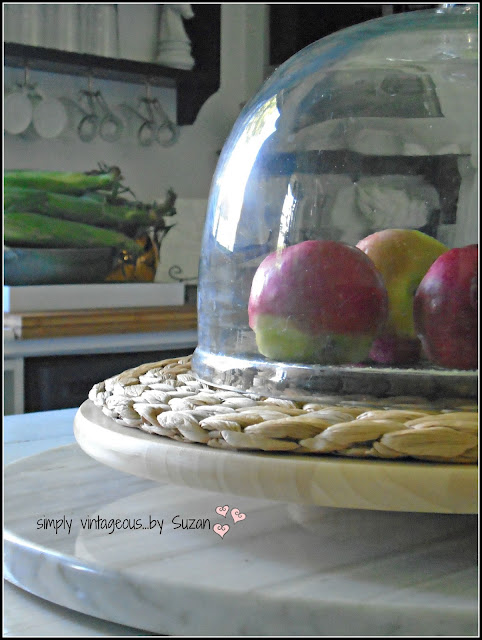 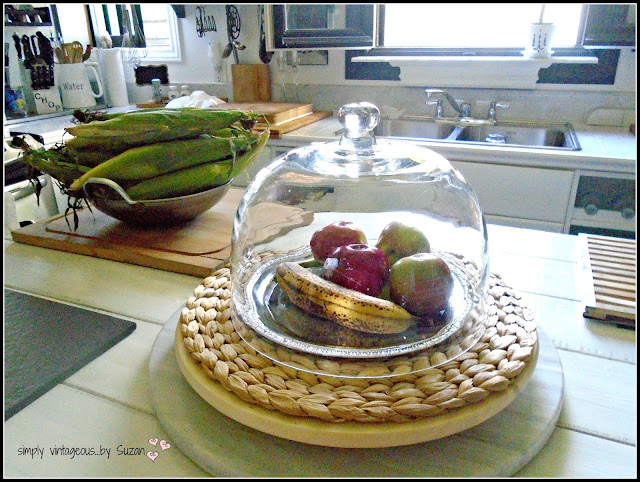 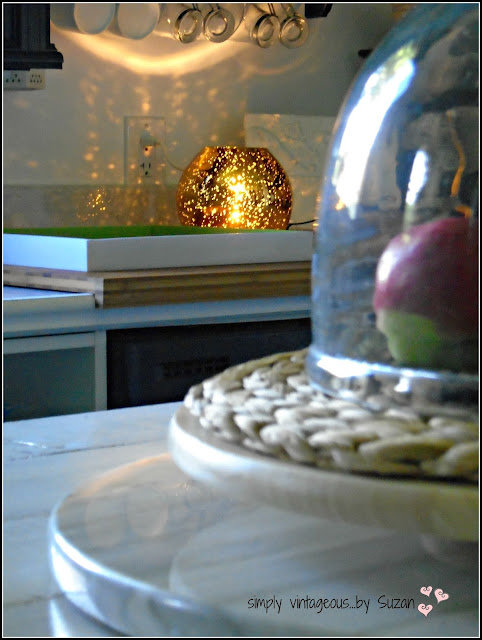 Could you die?
I mean really - is that one gorgeous lamp? 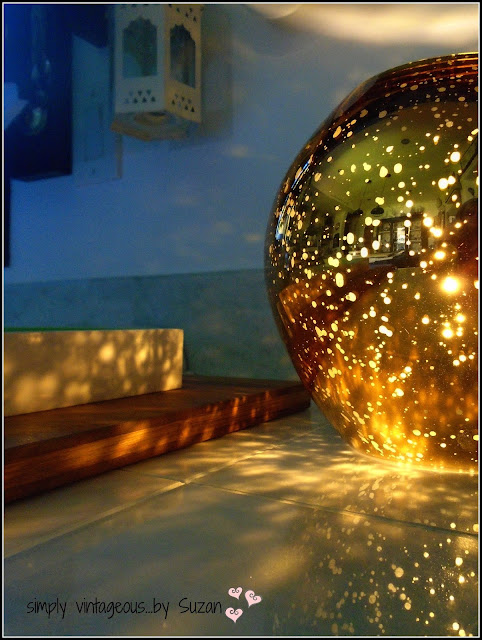 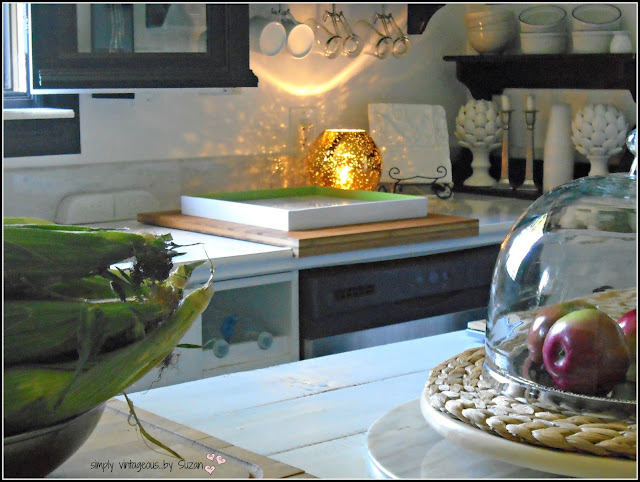 They come in silver and gold - and though silver would have probably worked in this kitchen a little more cohesively - I just couldn't resist the gold !
It's like kitchen jewellery !

Did I tell you that last week I went to buy ant traps at Home Depot - and bought a kitchen stove instead?
He's 100% right, you know.
I'm certifiable. 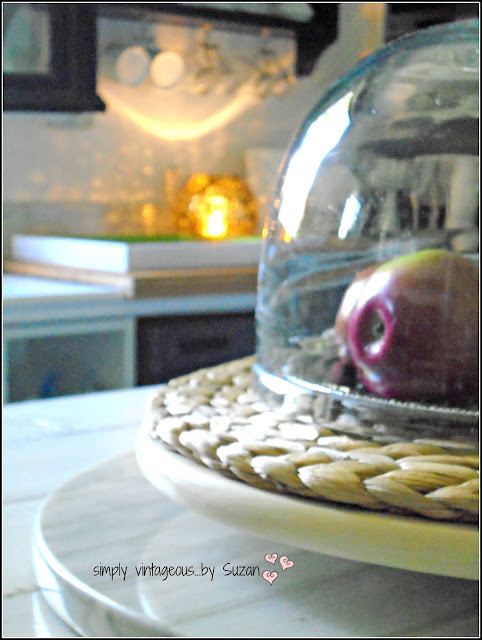 But at least when I do it - it benefits the house. 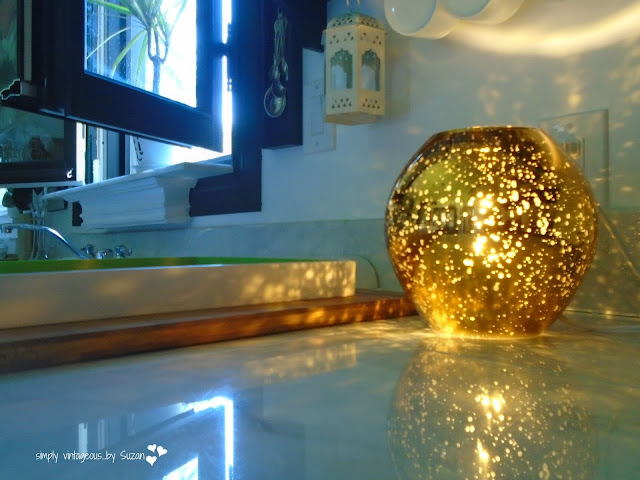 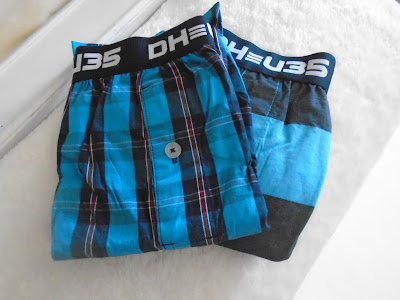 John says - YOU'D BETTER NOT BE TAKING A PHOTO OF MY BOXERS -
Suzan says - Are you nuts?
Suzan says - You're getting really paranoid now

It's about bling.
In the kitchen. 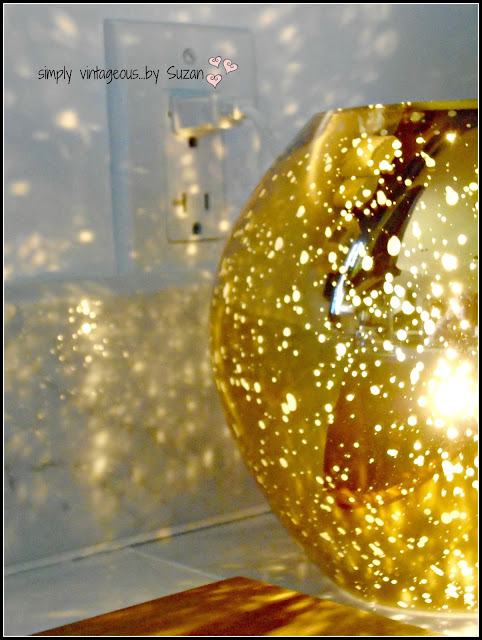 We're going to IKEA today to look at outdoor furniture -
Guess what I'll be coming home with?
It rhymes with SING.

Have a wonderful Sunday everyone
Much love,
Me