You know those days when you look in the fridge and there doesn't seem to be much to do anything with?

This recipe is for one THOSE days...........some left over veggies - a few eggs - a little cheese and a ready made pie crust if you're lazy ( I am ) or a beautiful home made one if you're able to do that ( I'm not ) and you have the most delicious meal :) 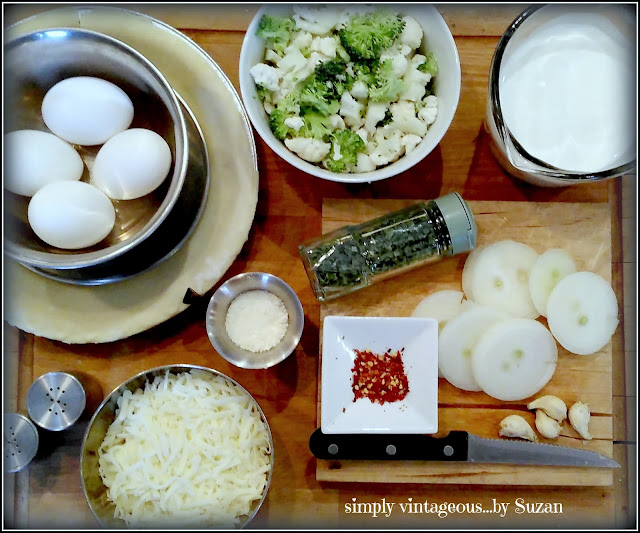 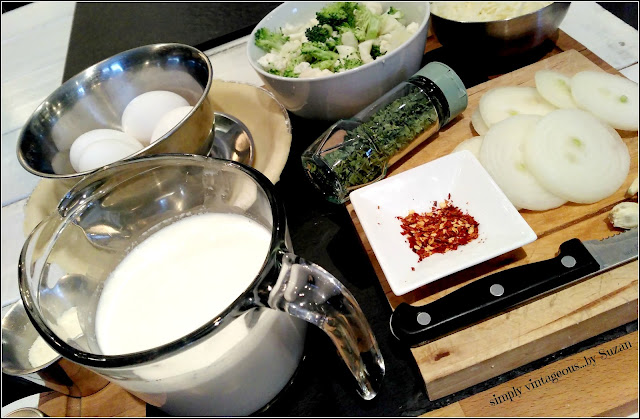 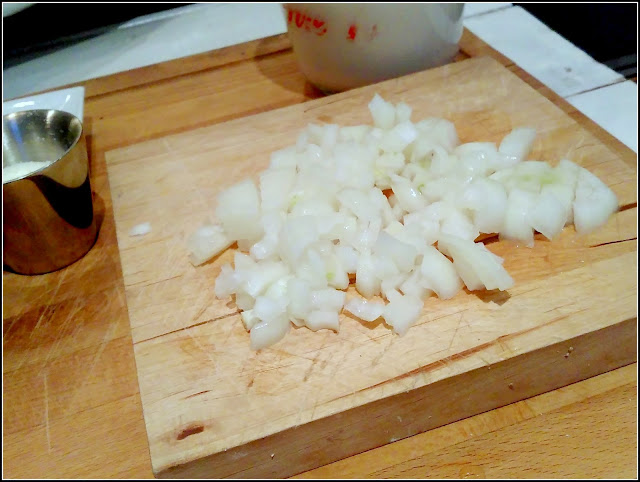 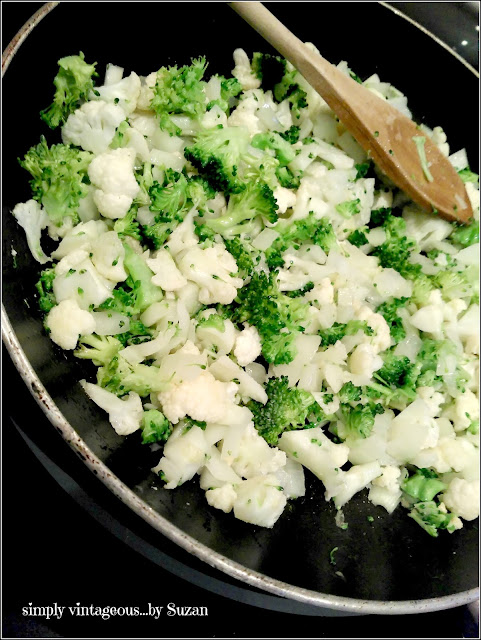 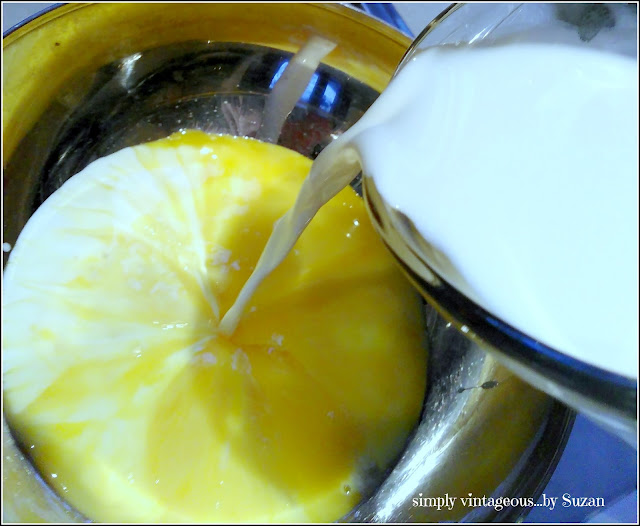 and then everything else 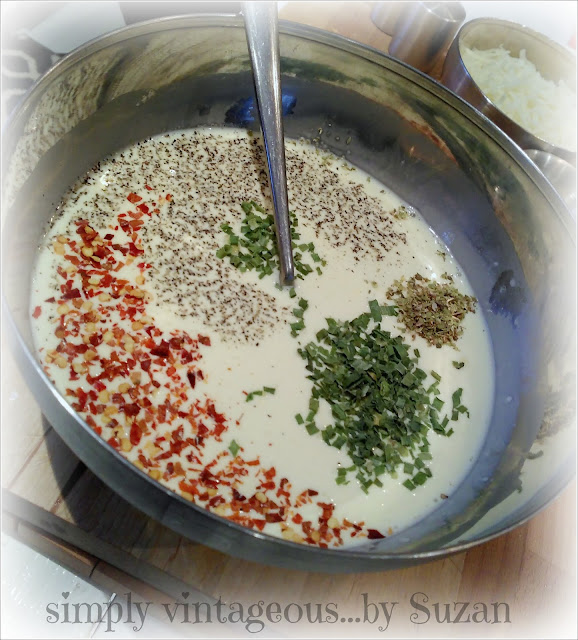 place your veggies in the pie shell 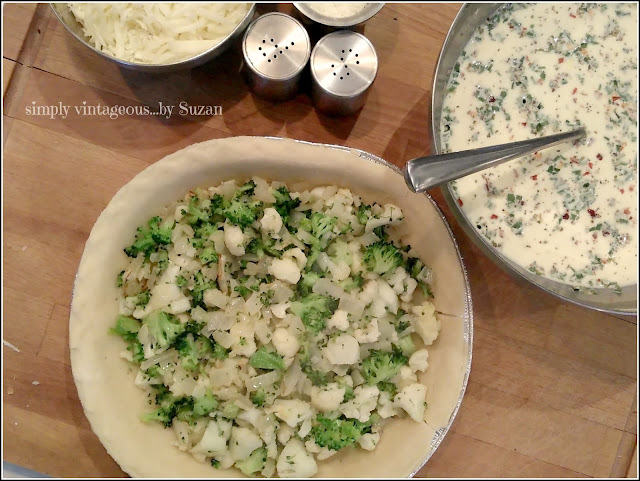 Add your cheeses on top of the mixure 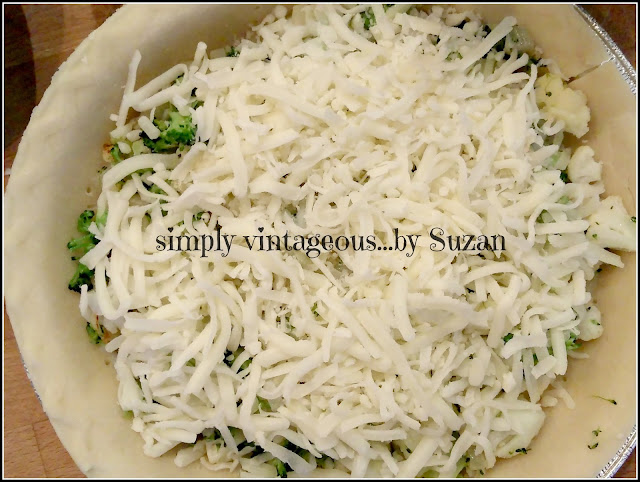 Now the next step is very very important - especially if you have a blog AND you've just joined instagram because as you know you must get pics of each step of the process - so while holding your phone in one hand and pouring the egg mixture over the veggies and cheese be sure to pay attention and grab a shot of the eggs running over the side of the pie tin and down the table and butcher block. 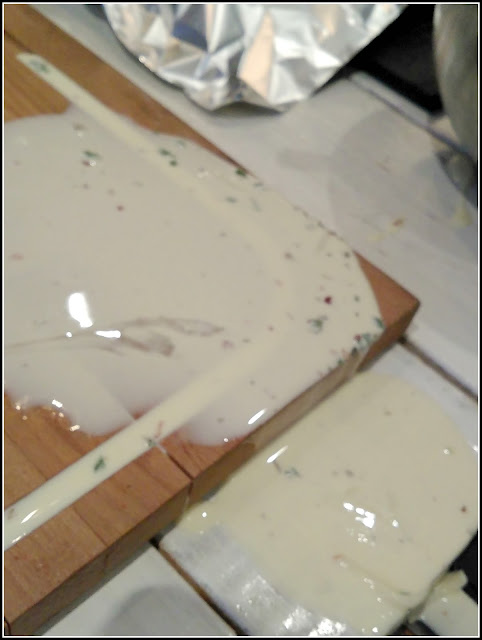 John says - What the HELL is going on here - get off the damn stool with your camera for God Sakes
Suzan says - I was sharing my quiche recipe - I didn't do this on purpose
John says - GET OFF THE STOOL BEFORE YOU KILL YOURSELF !
John says - ARE YOU TAKING A PICTURE OF THAT MESS?
John says - WHAT KIND OF BLOGGING ARE YOU DOING?
John says - I DON'T UNDERSTAND WHY ANYONE READS YOU
Suzan says - It was all going too perfect - I just knew something was going to happen
Suzan says - Get out of the kitchen please - I think you jinxed me
John roars - So..........what are we having for supper?  Hotdogs ?

But we had QUICHE SUZANNE

And it was delicious - even if my photos are crappy ( forgive me - the momentum was lost in the mayhem )
You just gotta trust me sometimes.............so after pouring the egg mixture over the veggies - you place it in the oven for 40 to 50 minutes - until sharp knife inserted comes out clean
( DO NOT USE SHARP KNIFE ON BETTER HALF AS THEY STAND THERE LAUGHING ) 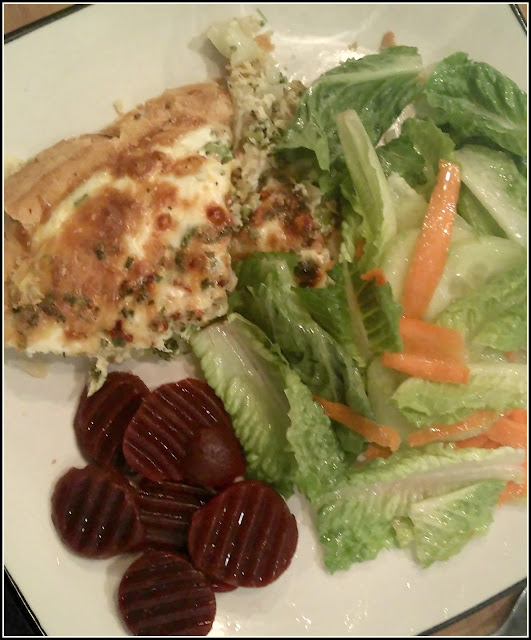 Hey if you're looking for perfection you go to Giada's site
but this was delicious none the less. 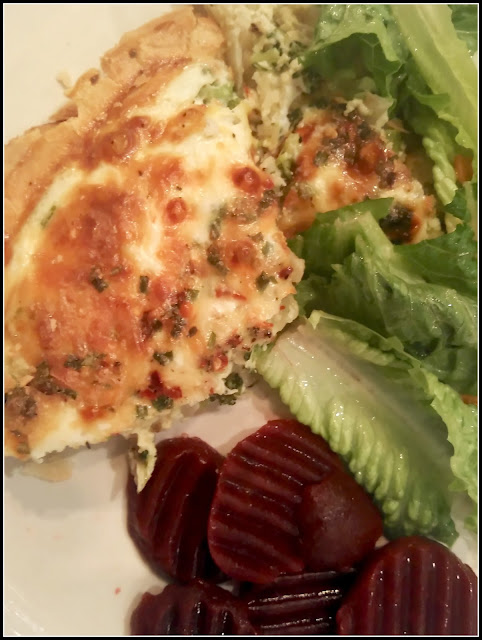 PLEASE BELIEVE ME?
Have a wonderful day everyone !
Make a quiche or something :)
Hugs,
Me
( you know - the not Giada person )
It just occurred to me - just this exact moment actually - that my life is a constant series of moments coming to screeching halts..................
Have to work on that.