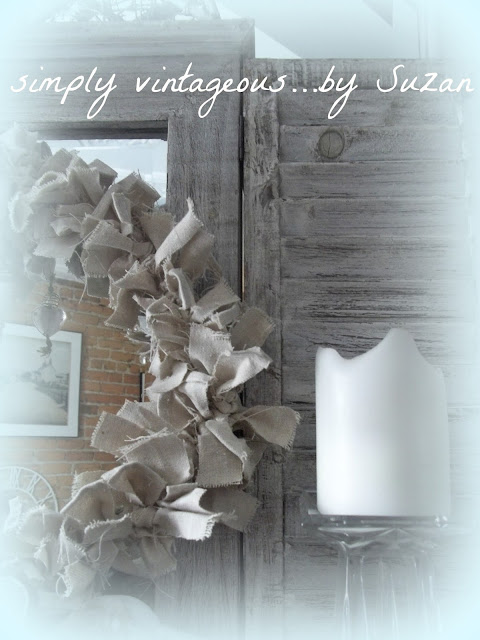 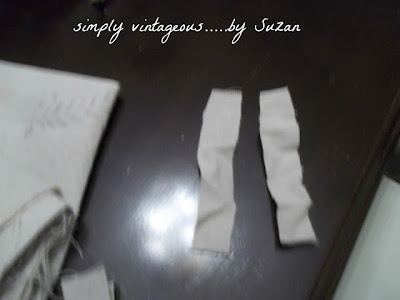 The exact same way we used to make the garbage bag wreaths when we were kids - do you remember them lol?
I think I made my mother 10 of them one year -
Much better with drop cloth don't you think? 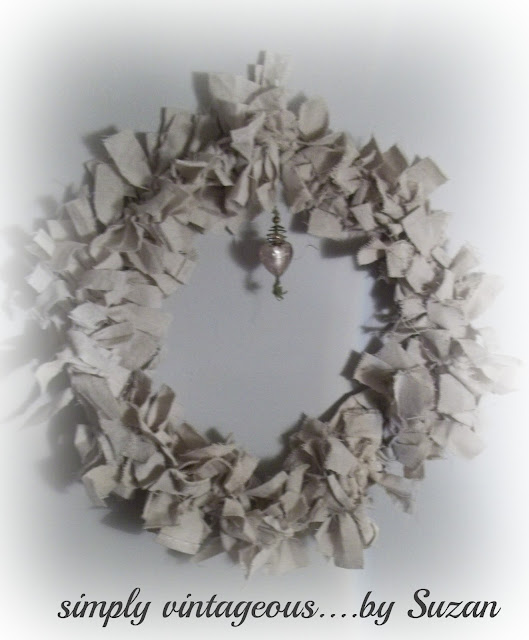 I pinned a little charm that my daughter once gave me - it's a heart - which makes it a valentine's wreath in my world! 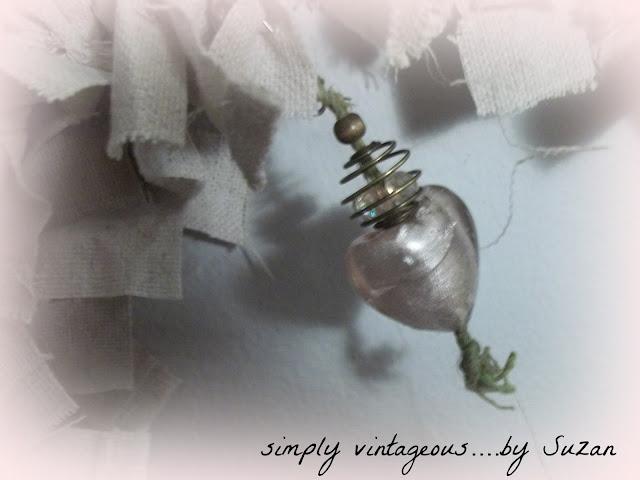 I'm really loving how the drop cloth frays after cutting it! 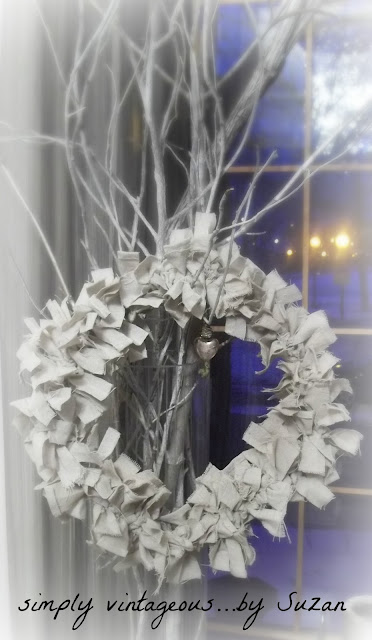 For now it can stay on the mantel - if I do indeed use these for my daughter's wedding I'll need to make a lot more of them for what I have in store. 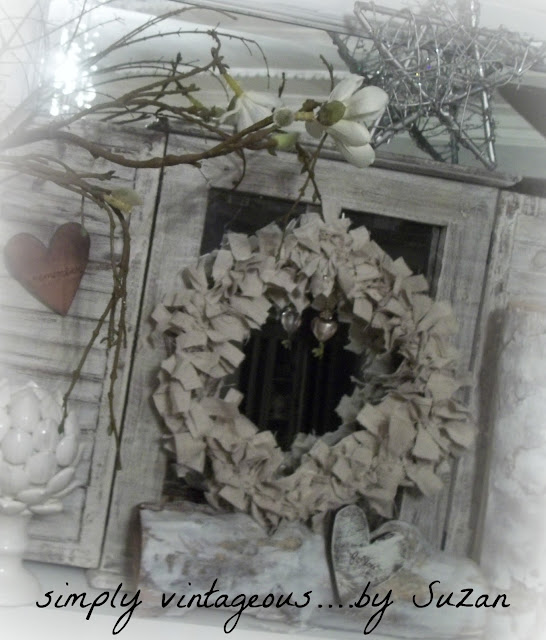 Later on he put his jacket on

John says - I'm going to the store - do you want anything?
Suzan says - Yes please, could you pick up a few newspapers in case I want to paint? 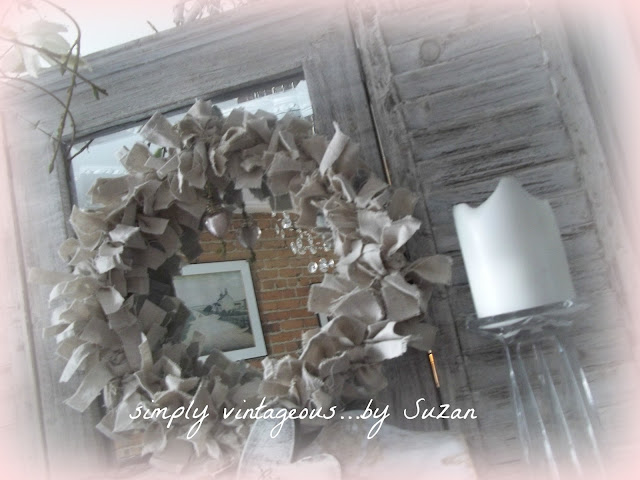 Have a wonderful heart filled kind of day