Man holds little boy hostage in a an Alabama Bunker 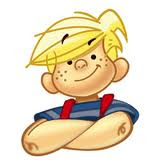 
UPDATE - OH BE STILL MY HEART - THE LITTLE BOY HAS BEEN RESCUED.
I CANNOT TELL YOU HOW AFRAID I WAS OF THIS OUTCOME - HOW TERRIBLE I THOUGHT IT WOULD BE - AND. HE. HAS. BEEN. RESCUED.
MY HEART IS SOOOOO HAPPY RIGHT NOW.