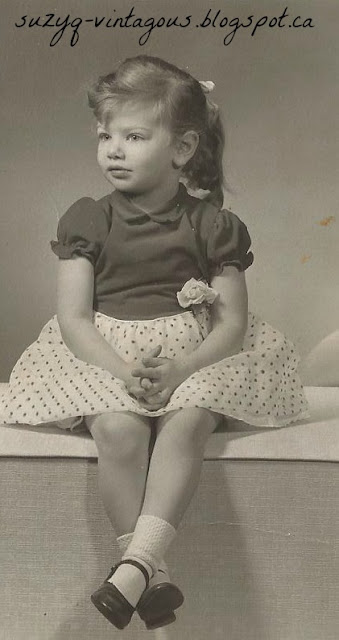 I suffered as a child - oh how I suffered!
How I longed for a normal last name like my Mother's family had - Egan - or Sheard.
Suzy Brady would have sounded so cute don't you think? So North American.
These were my friends last names
Mullin
Phillips
Martin
Thompson
Hallinan
Russell
Astles ( pronounced like Castles - except everyone made it sound like asshole so she hated her name too now that I think of it )

I can remember being mortified when the teacher called out my name - absolutely mortified - and could feel
my cheeks going on fire as I mentally willed myself out of the classroom ( do you remember the days when you actually blushed, that slow creeping up of heat that instantly betrayed your outward look of not caring ? )
I would be thrilled when someone mispronounced it and called me Suzan Sweetman - sweet is so much sweeter than Sweat after all.
Who wants to be labelled with a nasty bodily function?
I might as well have been called Suzan Pissman - or worse Suzy Shitman - really, it was just as bad to me.

Once we were all in the auditorium - in grade school - and as a treat we were going to watch a movie -
for some reason I remember it as  Herbie - the Love Bug - but it may have been another - and as we sat
all enthralled with the movie - to my complete horror - one of the lines in the movie was ( after someone thanked someone for something ) Hey, it's no SWEAT, MAN!
The rest of the movie was a fuzzy hazy blur as I sat and fretted, bit my nails down to the quick and worried my way through it -
Was this a new expression?  I had never heard it before - was this something people were going to start saying daily?  How could I live with that?

I went home that afternoon and declared to my Mom - that from that day forward my name would be Suzy
Egan.
You can't just change your name like that, she smiled
Everyone already knows your name, she reasoned
How would you explain it to your friends, she asked
I'll change schools - I blurted out
Could we move? - I tearfully asked
One day - she assured me - you will be proud of your name
Never - I cried - I will never be proud of this name - I mournfully replied................as I flung myself across my bed ( I was such an actress - still am btw )

And then in the 70's there was a break out hit show called Welcome Back Kotter - where John Travolta got his start - and he was in a special needs class - where the students were called, horror of horrors,
SWEAT HOGS
Well that was just a hop, skip and a jump away from Sweatman, really - and became a nick name for awhile.
Some girls get Dee Dee - Candy - Mitzi - Gigi - no girls that I know of have ever had Sweathog thrown at them, other than me, that is.  To be fair none of my girlfriends called me that but once in awhile one of the guys from the gang would throw out a " hey Sweathog, what's happening? "  I think that's when I first learned
how to cut my eyes like a pro.
One of my grandmothers used to say with pride " she can cut her eyes like an Egan " ( Irish heritage - you have to have Irish Heritage to get that one )

Different is horrible when you're young.

As I matured - my name took on a completely different meaning - I'm not sure when exactly it happened but I can definitely remember associating it with the wonderful man who gave it to me - who passed away far too young -  but I was given his name and what a terrible thing it would be, to be embarrassed by something as wonderful as being Buddy Sweatman's daughter.  I have a lot of him in me I'm told - I love people - I love helping - I love to laugh - I love to entertain - and I love words, all of these were his gifts to me, along with his name.
In fact - I can only feel a very deep - to the bottom of my soul - to the corners of my heart -  pride in my name now. You were right Mom. It's become my badge of honor.

And today I can laugh about it - when John and I were still in the dating stage we went to Paris together.
His name is John Wood - ( I know, I know, as normal a name as you can get - I think that may have been what attracted me to him most lol )  and all the French Mills would jokingly call him Jean Du Bois ( the literal translation ) which sounds so nice right? I kept introducing myself as
Suzanne L'homme de Perspiration ( the literal translation ) and everyone roared!  I have a sense of humour, if nothing else, perhaps it all started many many years ago.
With a name. 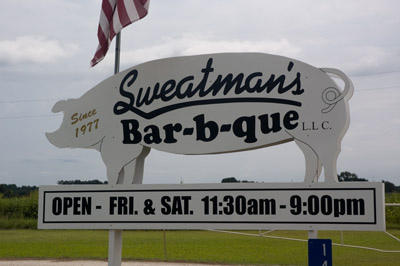 Do I have any followers from South Carolina btw?  I hear their ribs are pretty good!
LOL

My name is Suzan Sweatman -  and I approve this post.
( and since I'm smack in the middle of menopause - the name is oddly fitting now ) 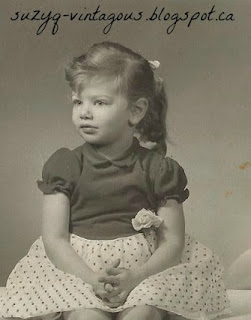