Some more smoke and mirrors for you ........................
When I was staging my Mother's house for sell - I went over budget - and was left with no choice but to accessorize here and there with items I found at the dollar store - some of which I decided I wanted to keep.

This was one of them 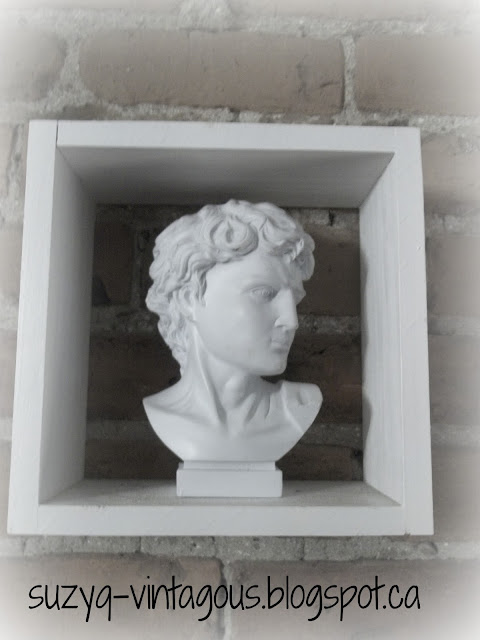 It's hanging high enough on the wall that you can't tell it's made of plastic ( hopefully not anyway )
And I placed it inside a simple white frame box. 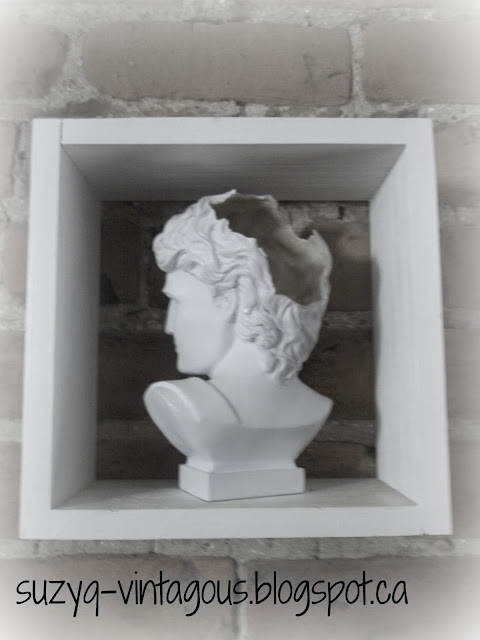 Now looking at it I think it's a brilliant idea really - I should go stock up on them - drop them all on the floor
and sell them as the perfect hiding spaces for jewellery!

What do you think?  Good idea?  Am I on to something?
Much better than your typical " book " safe, I would say 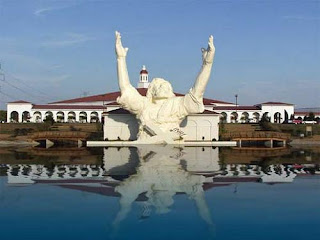 they'd have waterfront property at least!

Y'all have yourselves a wonderful first weekend of the year now, y'hear?
( I really hate posting photos of my kids - just because of all the creepy sites out there )
( probably for the same reasons I was terrified to let them out of my sight for 20 years )
( I was the most overbearing - stifling - neurotic - mother on the planet - and THAT's the truth )
( have to work on these issues I have )

P.S.
John says - well now that you've told everyone where you plan to hide things I would never consider
putting my watches in that head anyway - what's the point?

So if any of you were even considering hopping on a plane to Montreal - to break into our home - and go straight to the shattered head in hopes of finding John's watches - really - you'd just be wasting your time.
Except for Caroline from Piorra Maison - she's been here already - have you checked to make sure your
watches are still there John ?

Cost for this project?  $1.00
My crown jewels?  Priceless

Sharing with
I Should be Mopping the Floor
Uncommon Designs
My Uncommon Slice of Suburbia
Home Stories A to Z
Knick of Time
Kathe with an E
twelveOeight
The Rustic Pig
Life on Lakeshore Drive
Creative Cain Cabin
Posted by Unknown at 12:17 AM