ADVENTURES in decorating a Mantel 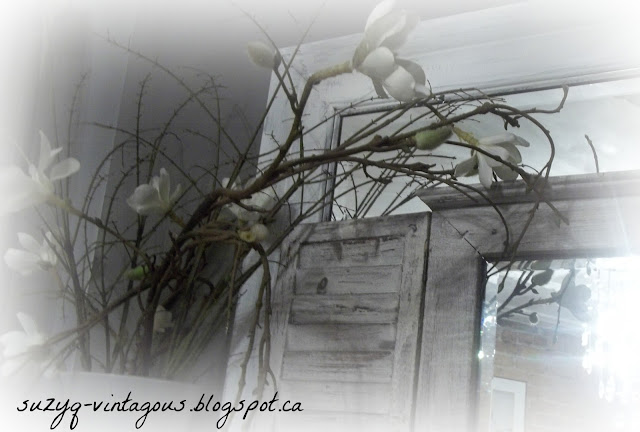 I'm getting desperate here for a piece of furniture to paint - I mean DESPERATE - as in I'm oh so close to painting the dining room table desperate  ( which John claims would be the last straw ) - or the bathroom tiles desperate.
We still haven't picked up the headboard because when we were finally able to go the lady was playing hockey!
So only getting it this weekend ( I certainly hope )

So I was rummaging around the bedroom tonight - trying to get a mirror out behind a layer of mirrors while John was watching t.v. 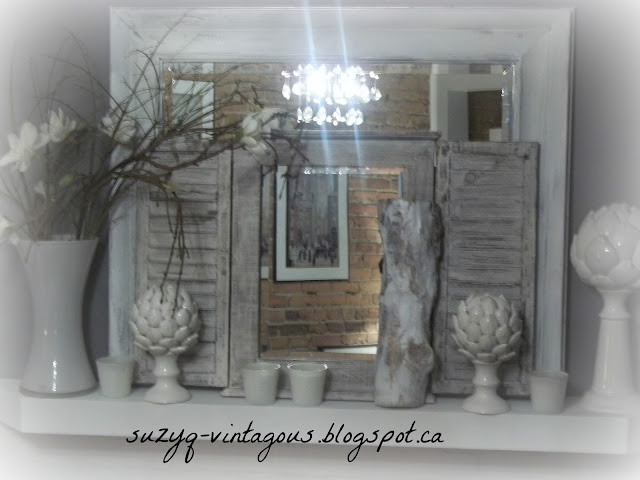 John says - I told you we'd get the headboard this weekend
Suzan says - I need to do something in the meantime
John says - What are  you going to do - tell everyone you have more than 1 fireplace
Suzan says - hmmm - I never thought of that
Suzan says - Nah - I want to keep this blog real
Suzan says - Why can't I paint the dining room table?  It's outdated, it's
John yells - NO - STOP IT ALREADY - YOU'RE NOT PAINTING THE DINING ROOM TABLE 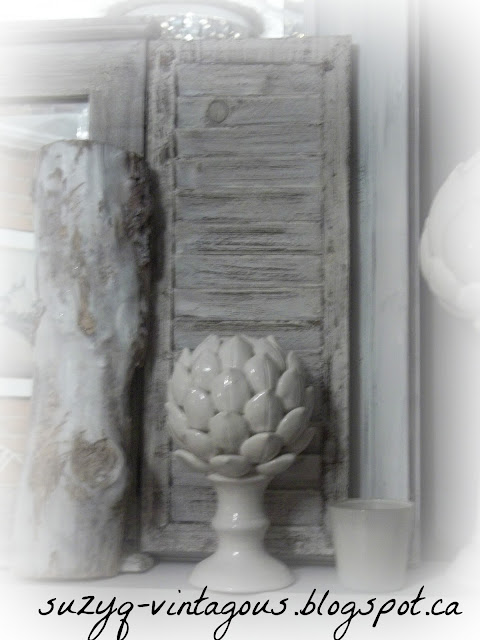 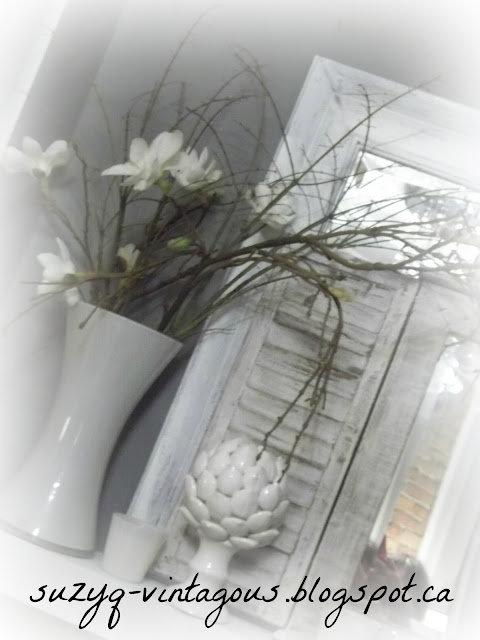 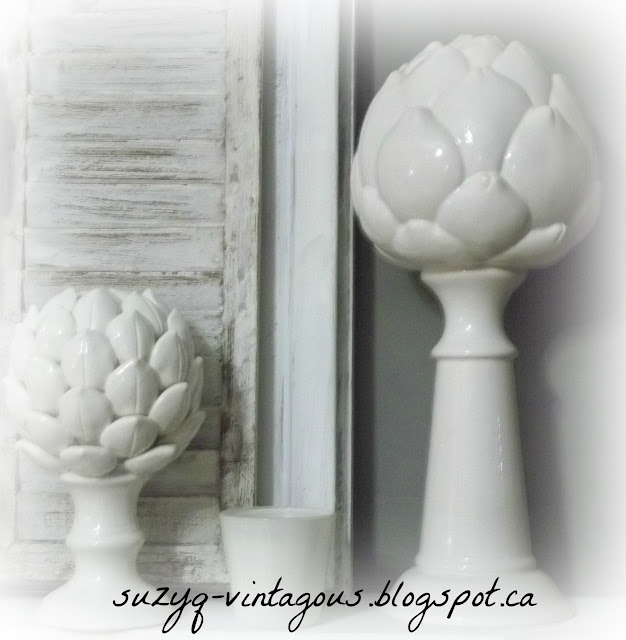 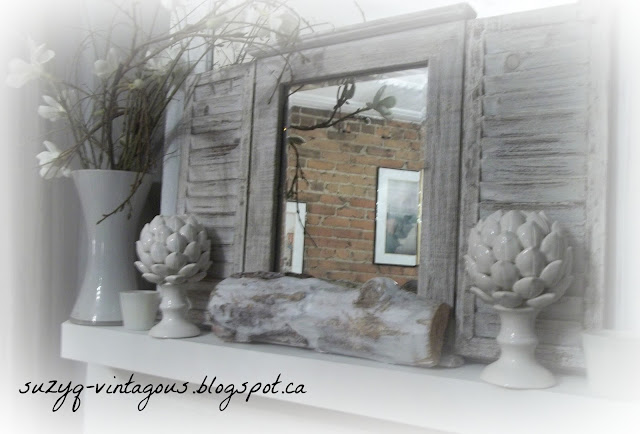 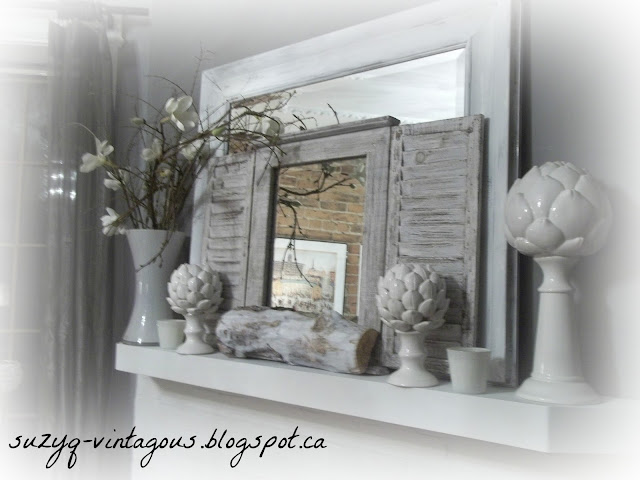 But I may have to do another mantel soon!