The battery died in the van this week -

Suzan says - Do you mean the Civic?

I didn't say anything when Canada got rid of the paper dollar bill........it seemed like a good idea to use
a " loonie " instead of all those one's in your wallet.

Then they announced the " toonie " - and though I wasn't so big on the idea - it was still ok - after all you could use a 5 for a lot of things and get lots of loonies and toonies back in change - although wallets were starting to split and be held with elastic bands around this time.

ARE WE REVERTING BACK TO MEDIEVAL TIMES?  ARE CANADIANS ALL GOING TO BE RUNNING AROUND WITH SACKS OF COINS?

Paper money was, after all, invented because it was cheaper to produce - was lighter to carry - and saved space.  All perfectly good reasons - and keep in mind that was back in the day when they
didn't need to carry so many of them - one coin could buy you a herd of cows for crying out loud.

We're going to have to start carrying garbage bags instead of purses
Do you think Parisian Purse designer Lanvin was thinking of us when he designed the " trash bag purse " ? 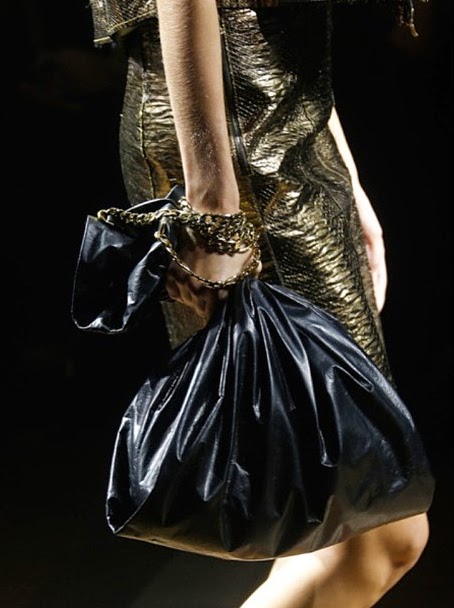 I came across this blog - Things I find in the Garbage - in Montreal.
He's a professional scavenger - and it's fascinating what he finds in the garbage - you'd be amazed at what people throw out !
Take a look - ( you'll be hooked - and maybe find something you want - he sells his items on E-BAY. 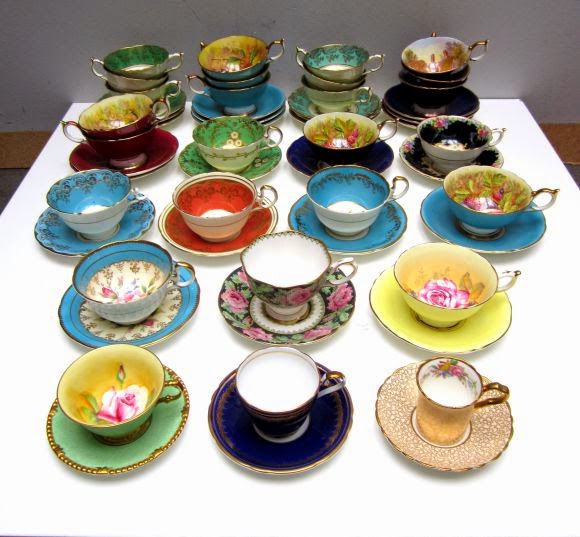 Remember my post last week on how warm it was in Montreal - and no snow to be seen - and how it was completely abnormal to look outside and just see grass?
Well - Mother Nature bit me in the A$$ so hard that I can barely sit down.
Last weekend - due to a very quick drop in temperature - and then a very quick rise in one - and another drop - the Island of Montreal was hit with another mini ice storm.
The power went out just as the temperatures were dropping - 10 a.m. Sunday morning - and only returned 6 the next morning.
I was panic stricken -
We had an ice storm in '98 that scarred me for life - no power for 2 solid weeks - in the middle of winter.
The city looked like a war zone - people died - police came knocking on doors constantly to make sure people were ok - emergency shelters were taking in more people then they could handle - horrible - truly it was just horrible.
Again this was due to sudden weather changing - ( it was a very mild winter )  with over 80 hours of freezing rain - it affected Montreal, Ontario and New Brunswick - and was the costliest natural disaster Canada had ever faced.
It also affected Northern U.S. states.
If you've lived through one of them, you never forget................

It's a magnificent site to behold - because your whole world is encased in what looks like white ice - swings - bicycles - houses - cars - toys - anything that's been left outside.
And if we hadn't gone through the " big " one - I would have just appreciated the beauty.

As it was - we sat in front of the fireplace - and I tried desperately to read by flickering candle light - listening to John ranting and raving about Hydro Quebec - and how they had to be accountable - yadda yadda yadda.
A corporation being held accountable?
I was too cold to laugh though. 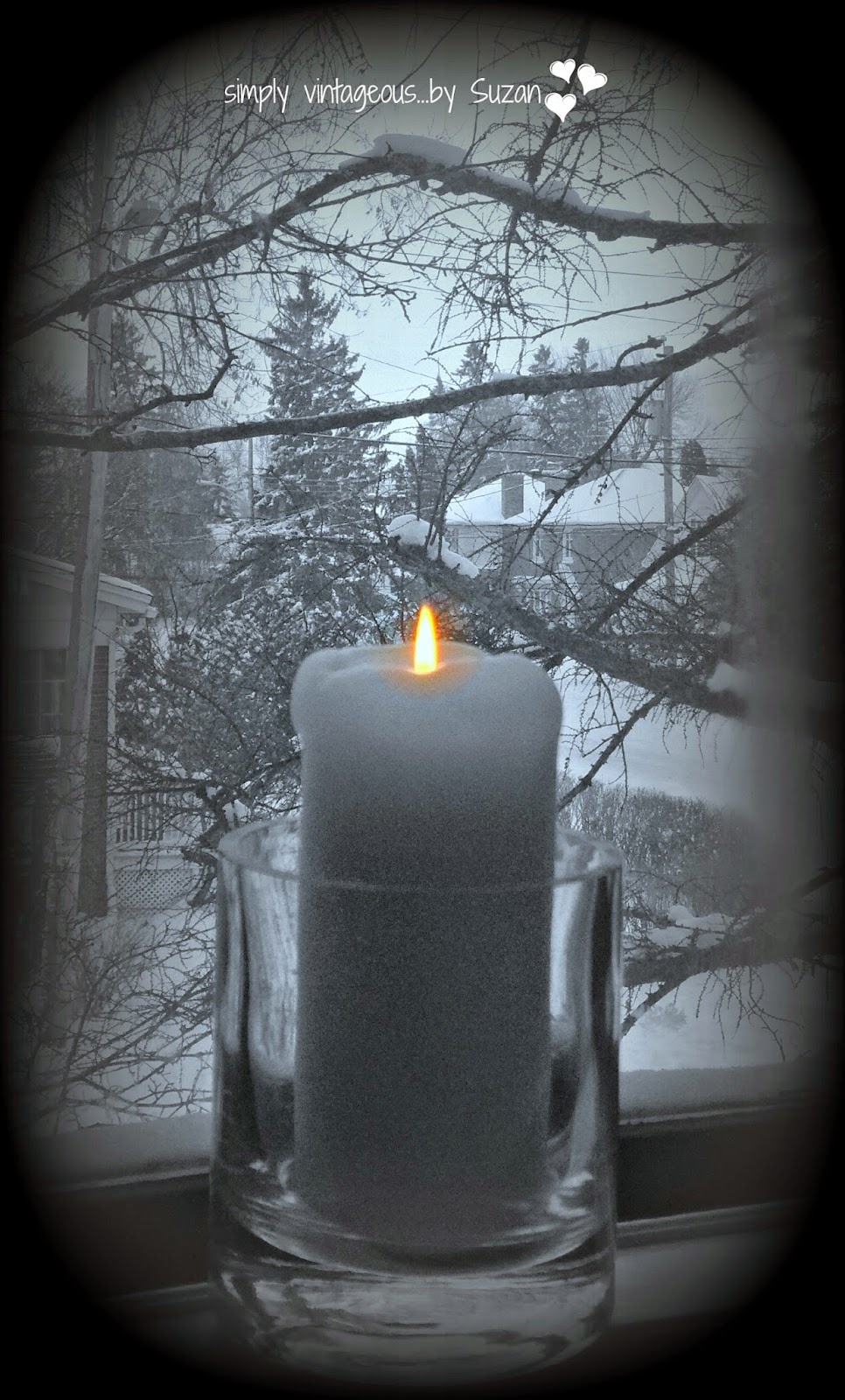 And lastly - for all you Downton Abbey lovers - this is a must see - I promise !!!
I almost fell off my chair - too funny for words
What a great, fun cast this show has


You all have a wonderful weekend everyone ! 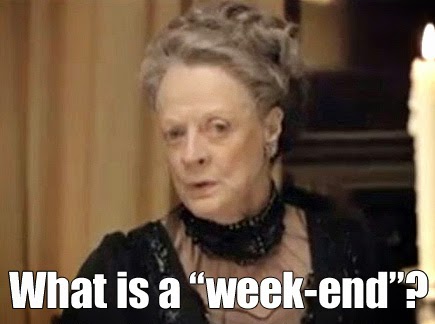