John says - How do I search for something on the internet ?
Suzan says - Just google it

I went over to help him out

And he found what he was looking for

John says - I don't know why you mentioned google when it had nothing to do with it.

This is the man that keeps threatening to start a blog,

I still have to show him how to open an attachment !!!

I have a pet peeve - and it's a big one.
I don't like it when people post pics of me on facebook or anywhere without my permission.
And the reason why would be because I take horrible pics.
Cindy if you're reading this STOP IT.

JUST STOP IT RIGHT NOW !
I'M NOT JOKING - IF YOU VALUE OUR LIFE LONG FRIENDSHIP - CEASE AND DESIST IMMEDIATELY. 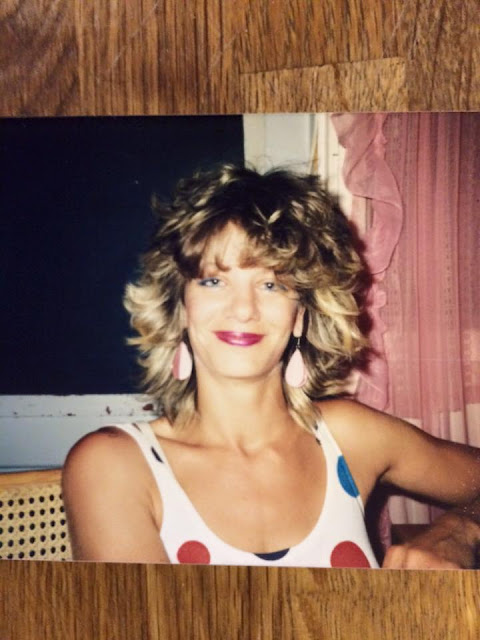 Check out the hair - wth IS that ???  It looks like half of a lion costume !
And that dress - well I was so in love with it I wore it constantly - the polka dots add to the clown look 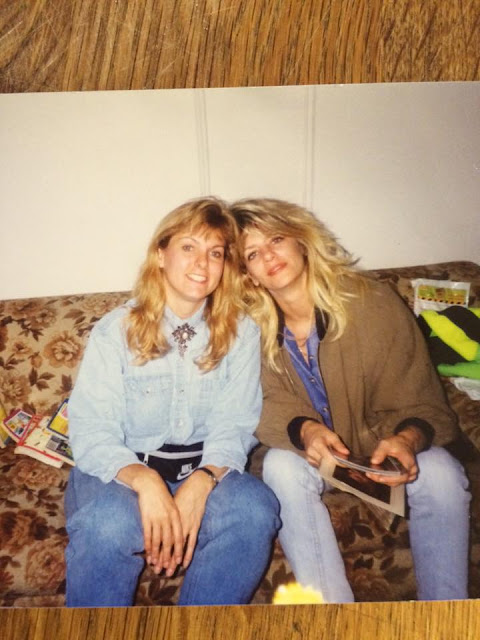 Have you noticed we're each wearing  a Canadian Tuxedo?

What's that you ask?
Well apparently you Americans have named it so YOU show know LOL

So I've been thinking about this for a while because of what a blog friend mentioned to me some time back.
I know we can all be a little guilty of hypocrisy - every last one of us - ( I'm always suspicious of those that claim they've NEVER been guilty of it - it's been my experience that those are the ones that are the worst ) but I believe that it's usually done as a way NOT to hurt someone's feelings - it's a different story when it's used specifically to hurt someone's feelings - that's a whole different ballgame and one I stay away from.
There's a few bloggers that don't like me.
You just know certain things and I can't be everyone's cup of tea - I get that.  And there's a couple of bloggers that I don't like - just because they seem ( to me anyway ) to be very cold people. Coincidentally the couple that I don't like are not very liked by anyone ( from the emails I get )
But I can tell you - with a clear conscience - that I have never left a negative reply on someone's site.
Not once.
And I can also tell you that I've only received a couple on my blog ( Hometalk - where I post - is a complete different story - holy cow - I was massacred there for something I painted once - as most of you know )
But I don't understand people that go out of their way to be nasty.
Are they lonely?
Bitter?
Are they bitter because they're lonely ( or are they lonely because they're bitter and no one wants to be around them? )
I wrack my brains out trying to understand what kind of person derives some type of satisfaction out of doing that........holy cow - life is so short - why spend so much of it being mean?
Why go to lengths to tell someone that someone else doesn't like them?  What does it get a person - HOW does that satisfy someone's soul?  I'd be wracked with guilt forever after.

Next week we begin the last week of January and I can't tell you how much that freaks me out this year.
While you're growing up in a 4 season climate - winter is never long enough - as a child it means toboggans and skating rinks -  chalets - hot chocolate outside and snow forts.
It means fun.
A lot of it.
Until you become old enough to realize that the whole world is not experiencing the same weather as you are and that Florida is a real place and once you get over the confusion of Santa not arriving on an actual sled ( and it flies in the air so it doesn't really matter all that much ) well.......................winter sort of loses some of it's appeal.
I mean Flipper was just a show I liked until I realized it was like that ALL YEAR LONG !
And then I felt horribly ripped off by the fates.
It's one hell of an awakening as you're pulling on your winter leggings to know that people are cavorting with dolphins in the ocean at the same moment and on the SAME CONTINENT !!!!!!!!

Hence my excitement that it's almost February.
Pffft.
Winter's practically over.

Most of you know my back went out last week - for those that don't - I bent down to open the oven door and couldn't get back up.
So I spent most of the week walking around the house doubled over.
John was wonderful.
Really he was.
I'd lay in the bed and bang something on the floor - and then scream out TEA PLEASE and he'd run and make it for me !!!
WOW WOW WOW !
I felt like Lady Grantham - ( minus the bell - but still I really did feel like a LADY )
Some of my requests were as follows
CHOCOLATE PLEASE !
SANDWICH PLEASE !
2 TACOS WITH HOT SAUCE AND LETTUCE AND ONIONS - MAKE IT SNAPPY - PLEASE
( for this request he had to get in the car and pick it up - TWICE )

John says - Listen Quasi Modo how long are you going to milk this ?
Suzan says -DID YOU JUST CALL ME QUASI MODO?
John roars - Well that's what you look like all doubled over
Suzan says - You know - I don't know what I'm doing with you - really I don't - that has to be the most insulting thing you've ever called me.
Suzan says - I was feeling like Lady Grantham for a little bit there
John says - Well you ARE a lady - you're my lady - so we'll just call you LADY QUASI MODO

We have new computers being shipped to us as I type this because my computer has become impossibly slow to work on.
And John has decided he would prefer a lap top.
Now I have to share what happens to me with John.
When we're out at a restaurant and we've finished ordering our meals - I always second guess what I've ordered  and HIS MEAL ALWAYS LOOKS MORE APPEALING TO ME WHEN THEY ARRIVE.
Every single time.