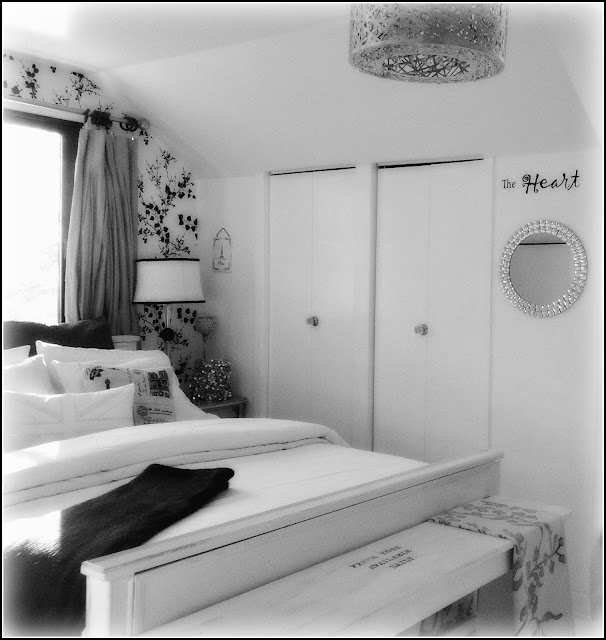 John says - the house looks like a living dictionary - there's too may words ( he ALWAYS says that )
Suzan says - It's like an open book !
Suzan says - And it's our love story !
John says - Baloney !!! 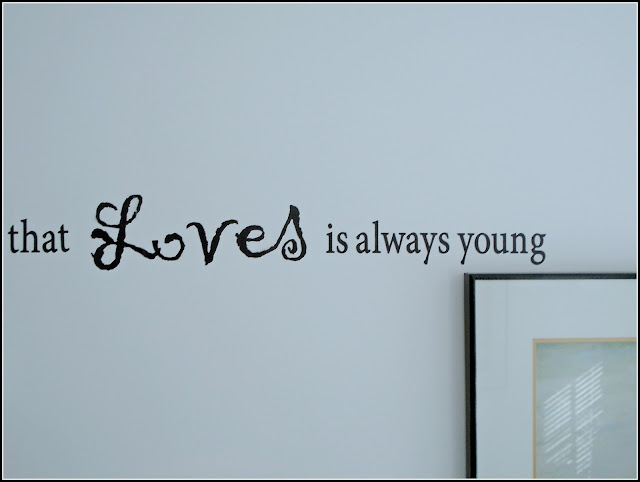 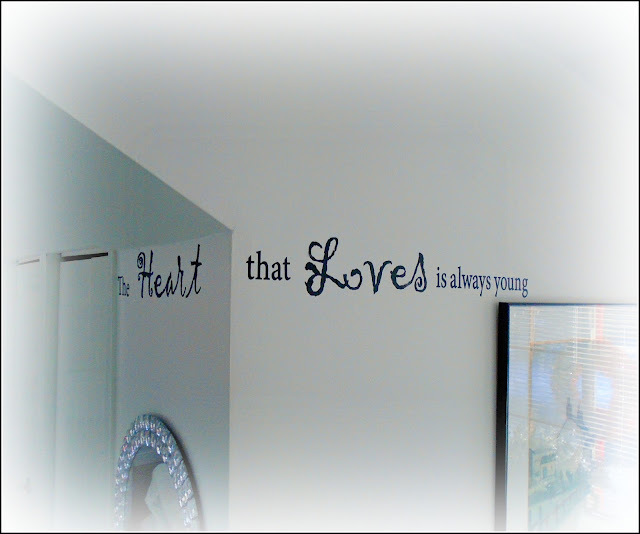 He didn't notice the chalkboard sign I hung on the door 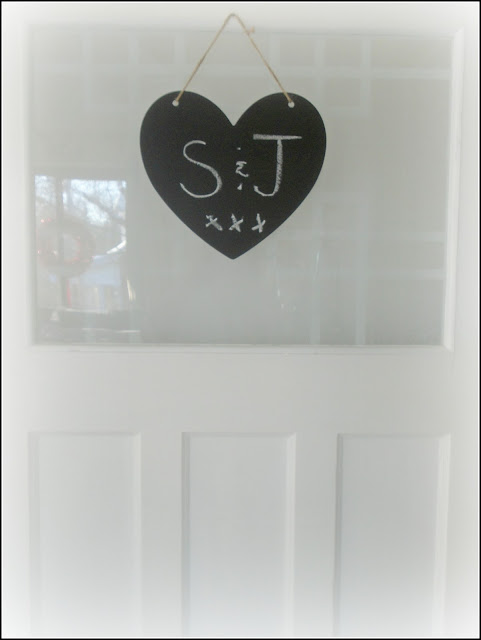 He did however notice that I added extra pillows to the bed but it's not blog appropriate to share that particular conversation !


Don't you know that it's worth
Every treasure on earth
To be young at heart?

Have a beautiful day !
I'm going to make some oatmeal now !
Eccentrically yours, 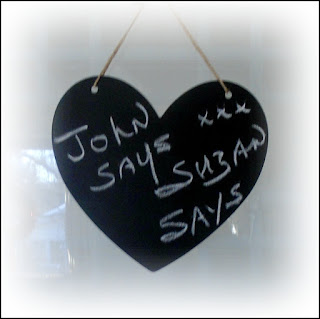