There's a whole world out there filled to the brim with people that live completely normal lives.

It's not my world - I live just outside of that - but I know it's there and every once in a while I long to be a part of it.

John asked me to make some cookies last week.

Halfway through the process I realized I was running low on flour and asked him if he'd go pick some up while I worked on the first batch. 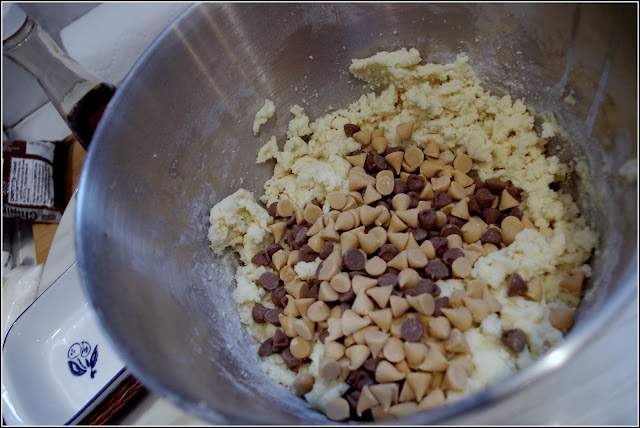 I seriously could not get back up.  Something happened to my back just like that ( cue me snapping my fingers ) and since I was able for some reason to bend DOWN onto the floor ( as opposed UP to a chair ) I simply laid there until John got back.
I had my head resting on one hand - while I drummed my fingers on the floor with the other - tapping my feet to the cd that was still blasting away in the background when John walked in. 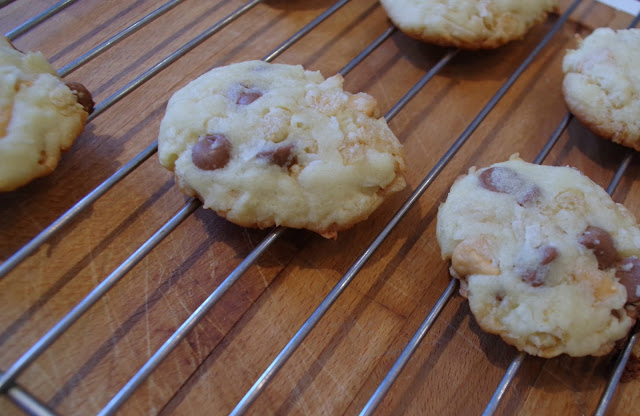 John laughs - You're such an actress
Suzan says - You have no idea the agony I'm in - it's not funny
Suzan says - I can't make any more cookies today
John says - You made me go to th-
Suzan interrupts - WATCH IT JOHN - JUST WATCH IT - IT'S GOING TO GET PRETTY DANGEROUS AROUND HERE IN A MINUTE !!!!!!

I hobbled out of the kitchen and up the stairs and collapsed on the bed -
John came running upstairs with a cane he had from a sprained ankle he had many years ago.

And off he went...........around the bend in the landing and down the stairs.
Chuckling all the way.
Until he completely missed the bottom 2 steps and went flying across the floor
All I could hear was BING BANG SMASH SCRAPE
and a groan.

Now you have to try to picture the next scenario.
Envision me as a female Groucho Marx if you will - since I couldn't stand up straight ( all I was missing was the cigar and the tux )  screaming over the landing  " OMG - ARE YOU OK DOWN THERE "
He didn't reply and so I had to go downstairs sitting on the steps - bumping my way down one at a time
THUMP
THUMP
THUMP
THUMP
etc.
To find him spread eagled and holding his head.

I poked him with the cane to make sure he was breathing.
He was. 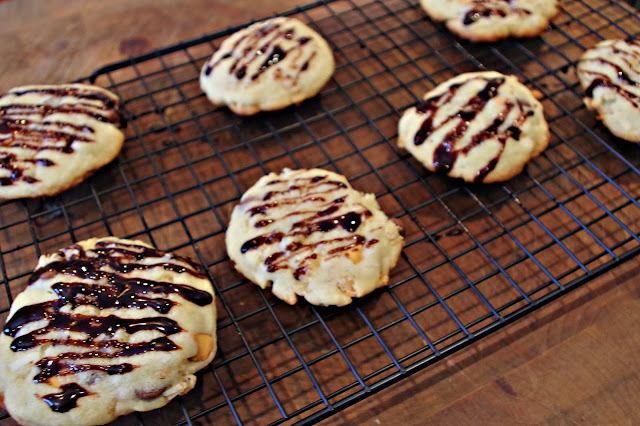 So.......for those of you that have been worried about why my blog went dead for a week - you now have an explanation !

Oh - and here's the recipe for those Crippling Crispy Cookies !

Combine flour - baking soda and salt.
In separate bowl cream butter and sugar until fluffy
Beat in egg and vanilla until smooth.
Add mixture to flour bowl and stir in the cereal - chips and coconut.

Shape into circles between palms of your hand and place on cookie sheet ( sprayed with cooking oil )
Bake for 12 minutes.

Yields between 2 to 3 dozen cookies - depending on size.
Optional - I put chocolate drizzle across the top. 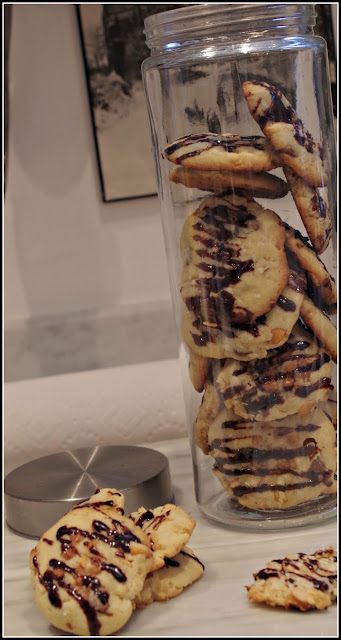 Stay tuned for my

This was going to be THE year
The year of greatness - of well being - of getting into shape with yoga !
So far I've had a cold from hell that lasted 2 weeks - and another week spent flat on my back nursing whatever it is that happened.
And that's just the first 3 weeks -
I can't wait to see what this next week holds in store for me !
Maybe a full blown case of Cholera !