Another cousin and I used to sit on the stoop and talk jibberish.
Sometimes for hours -
We could be playing with our barbies - or having a game of jacks - sometimes we'd just be lazily leaning against the posts reading comic books - but if adults would walk by - we'd quickly become animated and start talking what we called " Spanish " very loudly. ( basically speaking in tongues )
We'd always end it with an English sentence so that they'd know we were bilingual.
They'd look up startled as they walked by - which we took to mean that they were extremely impressed.

Until one day a man came strolling down the street - stopped in front of the stoop and replied in kind.
We ran in the house screaming and peaked through the curtain of the locked door - to see him chuckling as he kept walking.

I had an Uncle ( Nana Sweatman's brother - you can read about my 2 Grandmother's here) who used to try to steal my " nose " when I was young.
He was a big man whose belly would rest on my Grandmother's kitchen chair - and which would shake with laughter as he roared in a big booming kind of way.
( he was a bus driver and kind of looked like Ralph Cramden )
I never walked by him - I always scurried past.
He terrified me - because he always tried to steal my nose - and when he was able to do it - he'd walk around showing it to everyone -  ( his thumb between 2 fingers.) while I sat in horror clutching my face.
One day I walked in and sat at the table and tried to look completely nonchalant

We had a teacher in grade 3 ( very ironically she dated one of my Uncles - there were 8 in my Mother's family ) who used to smoke in the classroom - and when the principal would come by she'd quickly rest the cigarette on the chalk holder under the blackboard -
I'd watch in fascination as the smoke drifted up towards the fire bell - my heart thumping in terror - as she stood at the door talking to him.

One day I got in trouble from Miss Cathy for talking during " quiet time "
She kept me for a moment or two after class - to explain that I had broken the rules.

" But Miss Cathy " I replied " everyone breaks rules sometimes "
" Well yes they do " she answered " But it's my job to teach you how not to do that "
I glanced over at the chalkboard and let my eyes rest on the chalk holder...............
" You can go now " she sighed.
She knew
and I knew
that talking in class wasn't nearly as terrible a " broken rule " as smoking in a classroom was.
Another powerful moment there folks.

I went to St. Kevin's school.
Which was just down the street from St. Kevin's Church
Both were very integrated - if you attended the school - you attended the Church - often even during school hours.
Going to confession terrified me.
More than words can explain ( but I will tell you that I have not stepped into one in over 40 years because of it )
Some things are so wrong with the Catholic Church ( well we now know just how terrible the Roman  Catholic church could be )
To put a child into a little dark room - and have a man all dressed in black - slide a screen over so that you could start telling him how bad you've been - every single Sunday - is a horrible thing to do.  ( just my humble opinion )
Anyway this was my " speech "
It never wavered.

" Forgive me Father, for I have sinned, it's been 7 days since my last confession "
" Proceed child " the Priest would reply
" I TALKED BACK TO MY MOTHER - I FOUGHT WITH MY BROTHER - I STOLE AN APPLE " I'd quickly say it - all in one breath- and he'd tell me how many Hail Mary's and Our Father's I'd have to say to start the new week fresh and sin free.

I ALWAYS added an extra Our Father for lying to the Priest - I had never stolen an apple in my life.

One week - as I was rushing out my sins to get out of there as quickly as I could, the priest said
" Do you steal an apple every week, child ? "
Yes Father, I replied.
But this lie was getting bigger than my little soul could carry - I kept thinking there would come a day when I'd have to confess that I'd been lying to him.
I came up with a plan instead - an easier one.
The next Sunday afternoon I stole a chocolate bar.
From the drug store on my way home.
I finally had a real confession to make the next week !  Plus I got a chocolate bar for free !  ( win/win )
" Where did you get that chocolate bar " my Mother asked?
" I STOLE it ! " I proudly answered
She marched me back to the pharmacy - where I had to give the lady the money for it - and confess what I'd done.

This was a bonus - I got to confess TWICE that week !!!

By now it was getting very complicated as you can see - and so the next Sunday when I " confessed " my sins the Priest gently sighed when I told him about stealing the chocolate bar.

" I TALKED BACK TO MY MOTHER "  " I FOUGHT WITH MY BROTHER "  " I STOLE A CHOCOLATE BAR "  I told him triumphantly.
Are you sure it wasn't an apple - the priest asked
Nope - I replied - It was a crunchie bar!!!

Now the story gets really interesting.
The Priest was a family friend ( or maybe he was just a Priest who visited often - I'm not sure ) but he was at my Grandmother's house a lot.

Isn't everything you say to a Priest supposed to stay within the confines of that black box?

For some reason bowls of apples started appearing on our kitchen table daily - something my Mother had never done before.

" Why are you buying so many apples Mom? " I questioned her
" A little bird told me you love them Susie "

Regardless - there was an apple in my lunch box forever after. 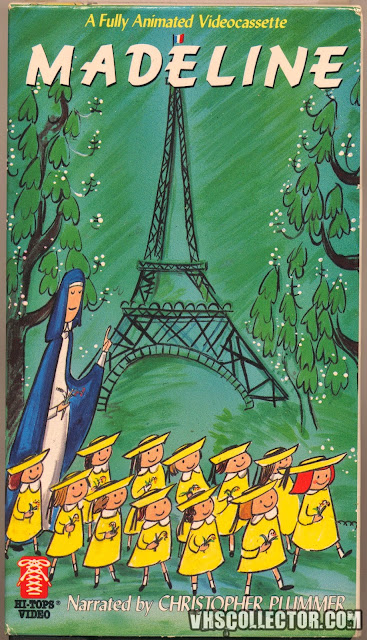 That little cross of ashes?
" Remember you are dust - and to dust you shall return "
or as I prefer to say " all we are is dust in the wind "
I can remember trying to make it last by adding fresh ashes from my Grandmother's ashtray.............
Until she caught me
What exactly are you doing Susie?
That's very dirty - don't do that - she admonished me
I was horrified - dirty?
No Nanny - it's not dirty - it represents Jesus !!!!!!!!!!!!
He doesn't live on the end of my cigarette - don't do it anymore -

And on a side note I received this from my girlfriend who's boyfriend is Dutch - he's taken her to Holland quite a few times now............

Cindy - OMG - Bob & I have been invited to meet with the King and Queen of Holland at the end of the month here in Toronto - my name is on the invitation - holy crap
Suzan - HOLY COW - I always knew you were royalty - what ARE you going to wear?
Suzan - John wants to know if you're inviting them over to your place for dessert LOL

The other night I came across this post - a link party I participated in long ago - and nearly peed my pants.
Feel like peeing your pants?
HERE
And then check out the links - there aren't many of them - I swear to you they're the funniest things !
Just don't say I didn't warn you, k?

You all have the most wonderful of weekends,
Much love to you
From me