Well well well - I have to apologize in advance - you come for a chat and I'm in " rant " mode.
Come in anyway - please?
I need to vent.

Last week Susan from Between Naps on the Porch wrote up a post on a travel camera she had purchased for an upcoming trip...................it seemed like a great camera - small - lightweight - and it comes complete with all the bells and whistles !
Travel camera?
I wanted to buy it as my regular camera !
448.00 dollars.
At Amazon.com So I ran over to the site - and lo and behold they don't ship to Canada !

No problem - I'll just scurry over to Amazon.CA - and purchase it from there, right ?

We're not talking a 10% increase - we're talking - in many cases - a 100 % + mark up!
And before any of my fellow Canadians think it's the States doing it - it's also Canada doing it - many Canadian manufacturers are charging their fellow citizens much more for a product than they're charging our neighbors.............
What the hell is going on here?

AND THE GOVERNMENT IS COMPLAINING ABOUT THE LOSS OF REVENUE DUE TO CROSS BORDER SHOPPING ???  20 billion on goods alone - and that's not including the taxes that are generated on that 20 billion.

Are you freaking kidding me?
Most Canadians live within a very close distance to an American border - including yours truly -
I could go to New York or Vermont very easily.................far too easily to justify being ripped off like this.
It would take me 1 1/2 hours to be shopping in a price friendly zone.  Plus I could then fill up while I'm there because the gas is ALSO CHEAPER !

And that's exactly what I intend to do.

The ducks came back.
Remember last year -  What the duck is going on here
The pool is filthy - hopefully we start on that this weekend because I'm pretty mortified by it.
John sat out yesterday watching them like he was at a park.
I'm surprised he didn't have a bag of bread crumbs out there with him.


But Australia takes things to a whole new level

We had to book a room for someone coming to Montreal...................and then to Manhattan.
A quick phone call - that's all it should take.
Not, however, when your call is answered by someone in INDIA
WTH?
Besides the fact that I could barely understand a word she was saying - she had no inkling of either city.

Did I ever tell you about the time I took all the kids to Cuba?
With John and my Mom?
And we met a guy by the pool who was also from Canada - B.C. to be precise.
He was married to a beautiful Cuban girl - and they had a son.
He spent half the year in Cuba - and half in B.C.
Anyway - he invited us to a party they were having to celebrate his birthday.

I was over the top thrilled because this was going to be such an authentic glimpse into Cuban life.
The kids didn't want any part of it - so just my Mom - John and myself were going.

I got all dressed up - this was a party, remember, and I wanted to look my best.

We passed dirt roads - with tumble weed blowing around - skinny mangy looking cats laying on roofs with their tails lazily swinging back and forth - feral dogs barking at the taxi - and a row of shacks all lined up impossibly close with impossibly tiny alleys beside each one.

But in we went - to what was basically a dirt compound.
There were 3 or 4 shacks - all loosely connected - I think as kids got married they added on - so that the whole family was living within this " unit "

We were given the tour - and at one point a man gently pushed me into a room - to show me the newly installed toilet - I shook my head and told him that I wasn't really into " bathrooms " but he basically pushed me into this little room....................I was 100% convinced this was the place where they murdered strangers.
But no, it was indeed a bathroom - with a toilet.
It's beautiful, I told him and pushed myself back out to safety - my heart pounding.

The party was centered around a giant metal pot - sort of like paella I guess - without the seafood - resting on a fire in the middle of the compound - everyone just grabbed food out with their hands and plopped it on paper plates.

When it was time to leave we were asked if we'd like to stay to watch a cock fight -
No no - we have plans for this evening, I quickly informed them.

And off we went back to the hotel.

But I will tell you this.
These have to be the most joyous, beautiful people I have ever come across in my travels.

And I've come a long way since that trip.  St. Maarten was kind of the same.

Paris has it's architecture.
England has it's pubs.
Italy has it's food.
The Carribbean has it's music.
But Cuba?
Cuba has it's people.
And sometimes idiotic tourists.
Truly.

It looks like the ban on travel will be lifted for you Americans.
Book a trip.
Havana is like stepping back in time.................it's a broken city to be sure but hauntingly beautiful.
Leave your strappy sandals and silk skirts at home though - they're not necessary

I think I'll do a post on Cuba next week so don't be surprised if you see parts of this chat repeated lol ! 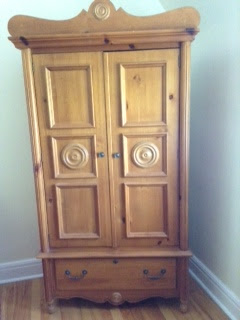 You all have a wonderful one- see you Monday !
Hugs,
Me