Hope everyone had a great weekend - I left you with quite a depressing post on Friday - feeling a little guilty about that today - really - who wants to come read about me crying?

Wouldn't you much rather read about John and I fighting?
No?
Ok - nix that - because we're really just a couple of lovebirds ( proof HERE )

Our latest episode started with my love of built ins. 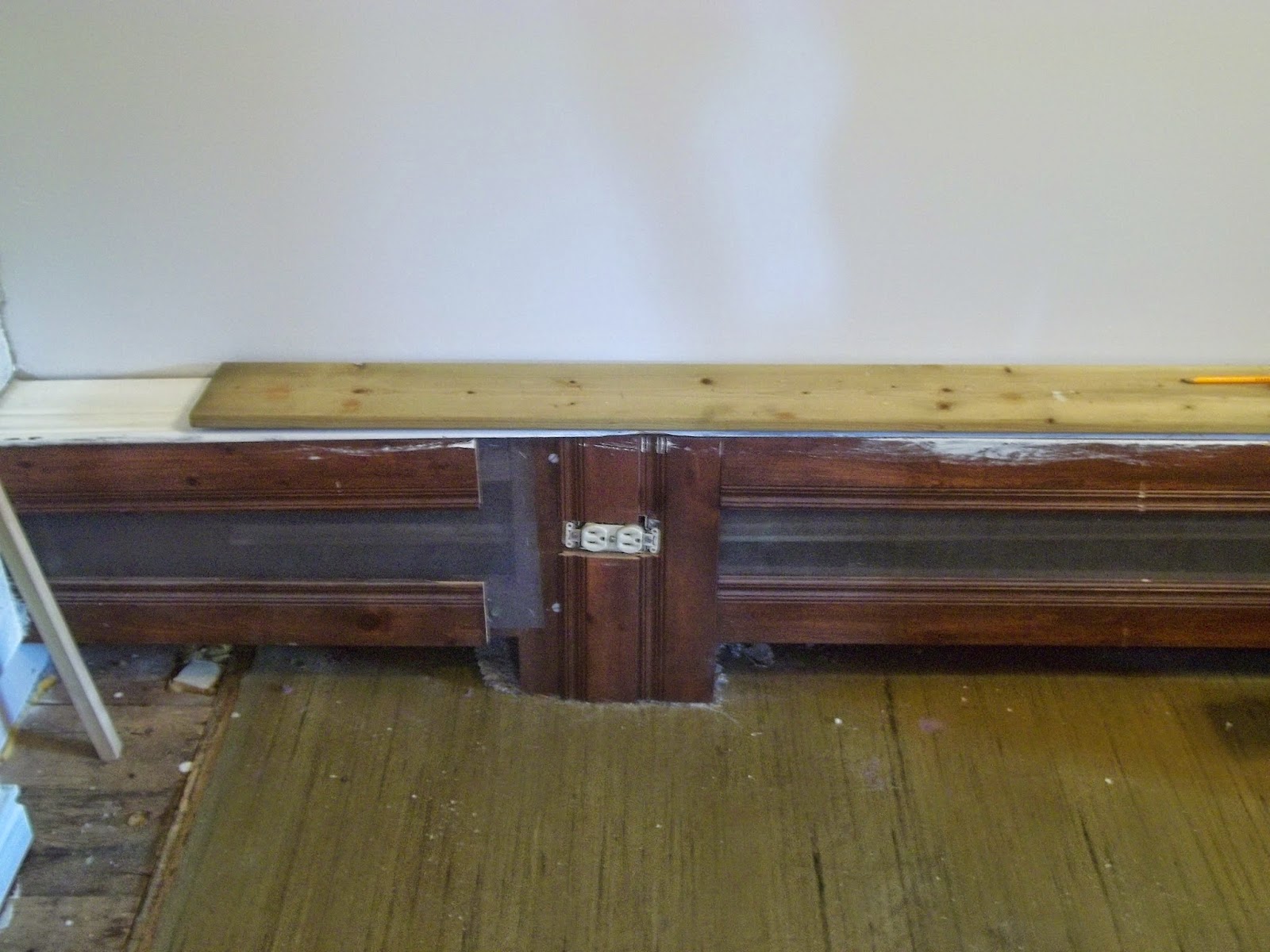 Isn't that just lovely?  Feel free to pin it for inspiration if you'd like ( I'm not watermarking it so go right ahead and claim it as your own - I'm okay with that :)

They were built to go around the heating coils.................heating built ins - awesome!
( as you can see we haven't lifted the last layer of linoleum off the floor yet - that'll be the last job and it's the one that's filling me with the most dread because I think the floor may have to be replaced )

Want a close up so you can DIY them for yourself? 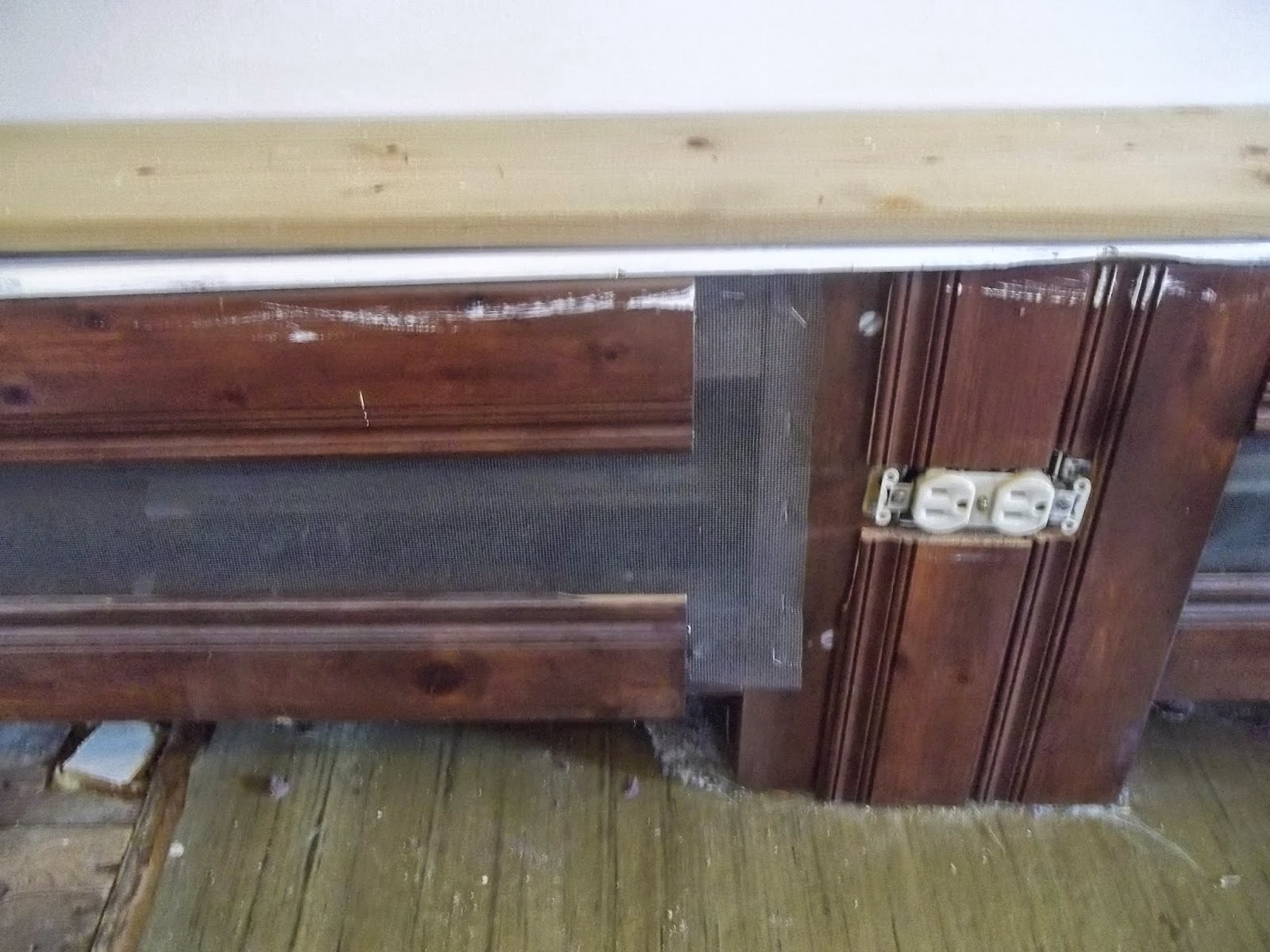 Window screen stapled on to baseboards - BRILLIANT !!!
These people should have had their own show !

Suzan says excitedly - OMG - I have an idea !
John says - CAN WE FINISH WHAT WE'RE WORKING ON FIRST, DO YOU THINK?
Suzan says - Just put that wood down for a sec - and listen to me!
John says - DO YOU WANT THIS WALL DONE OR NOT - I'M NOT STOPPING RIGHT NOW !

Suzan says - I want to build built-ins over those heating thingamajigs
John walks out of the room
Suzan says - Wait - it's not that big a deal - we can just do it with these planks of wood ( which are currently on sale at Home Depot )
John says - ARE YOU CRAZY?  REALLY - ARE YOU COMPLETELY CRAZY?
Suzan says - No I'm not - it would look soooo pretty - and then while we were at it we could just redo what's currently there - so it would all look like a feature on the wall !
John walks out of the room
Suzan says - I promise you John - this is a really good idea - and it won't cost much at all
John yells - THERE'S A BLOODY WINDOW ON THAT WALL !!!!!!!!!!  AND we're talking about fence planks here - not proper wood !!!
Suzan says - Well that's the beauty of it all - it's cheap AND they'll be surrounding the window ! 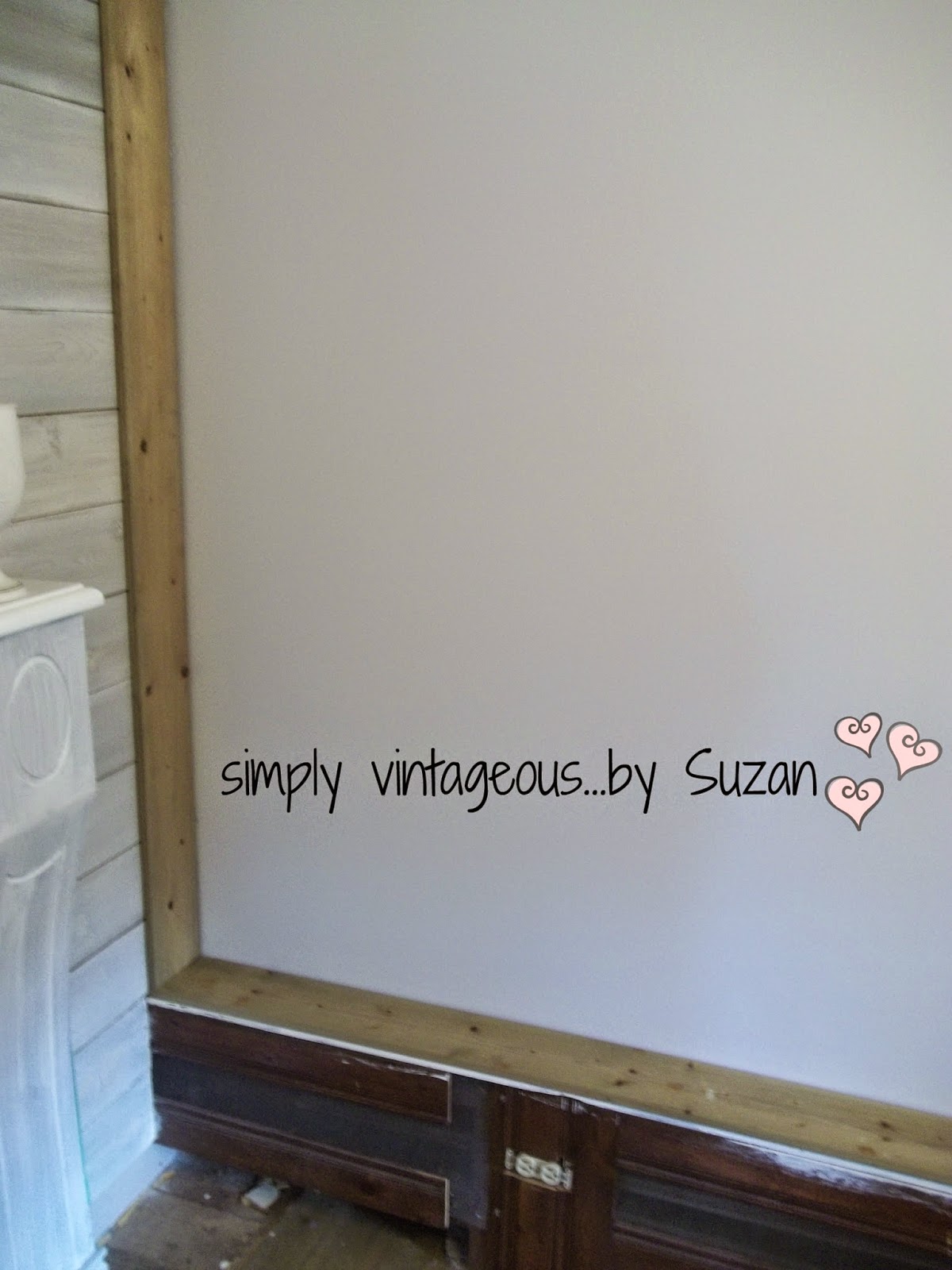 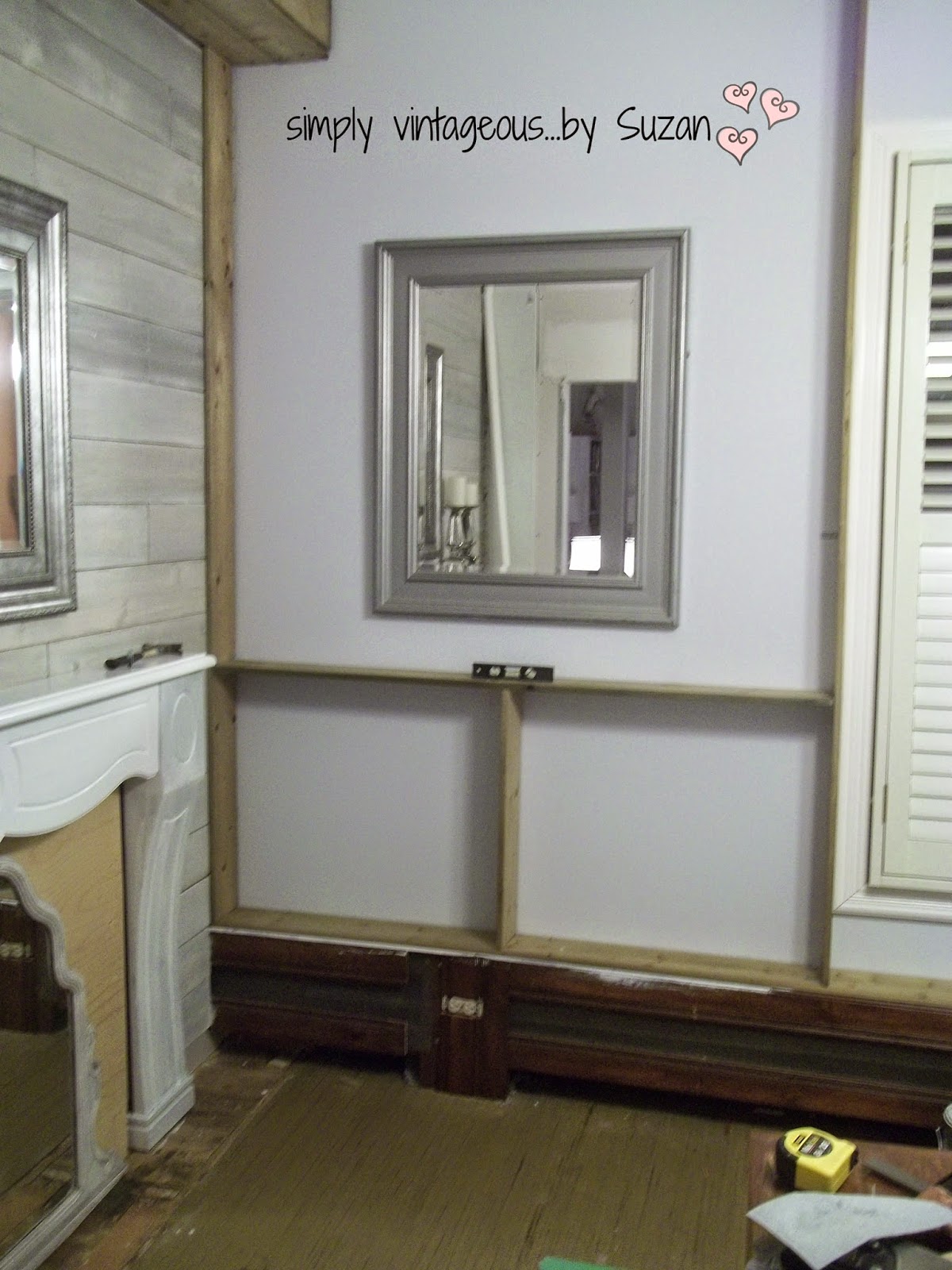 John says - OK - it's too damn much - you're decorating this NOW?
Suzan says - No - but I want to build the shelves AROUND this - so there's always room for a mirror or artwork
John says -  I THOUGHT YOU WANTED STRAIGHT SHELVES????????????????
Suzan says - I DO want the shelves to be straight
John says - Don't be a smart a$$ - you know exactly what I mean -
Suzan says - But you need to know the plan  ( this was extremely hard for me to do on pic monkey - hope you guys appreciate it because it's all I have to show for now ) 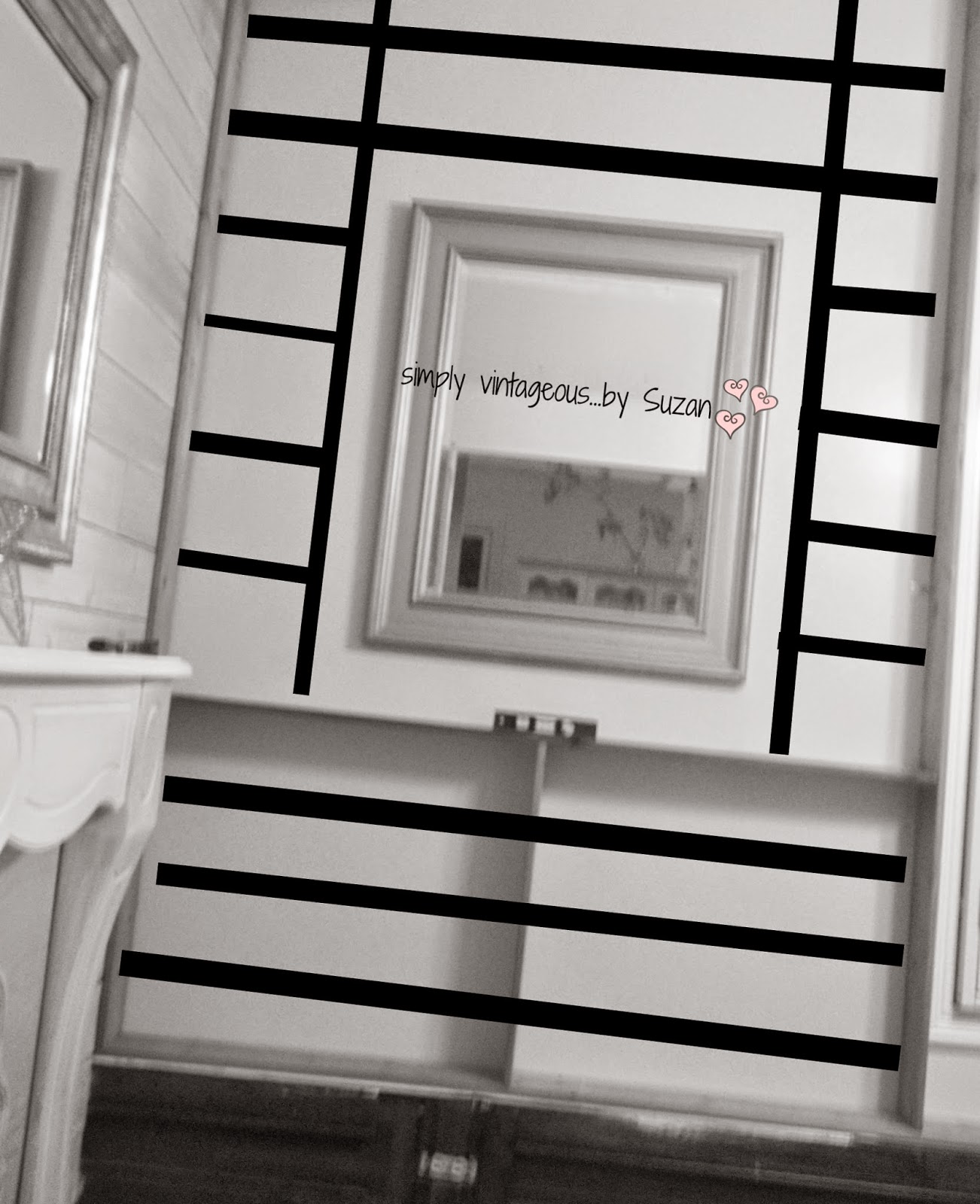 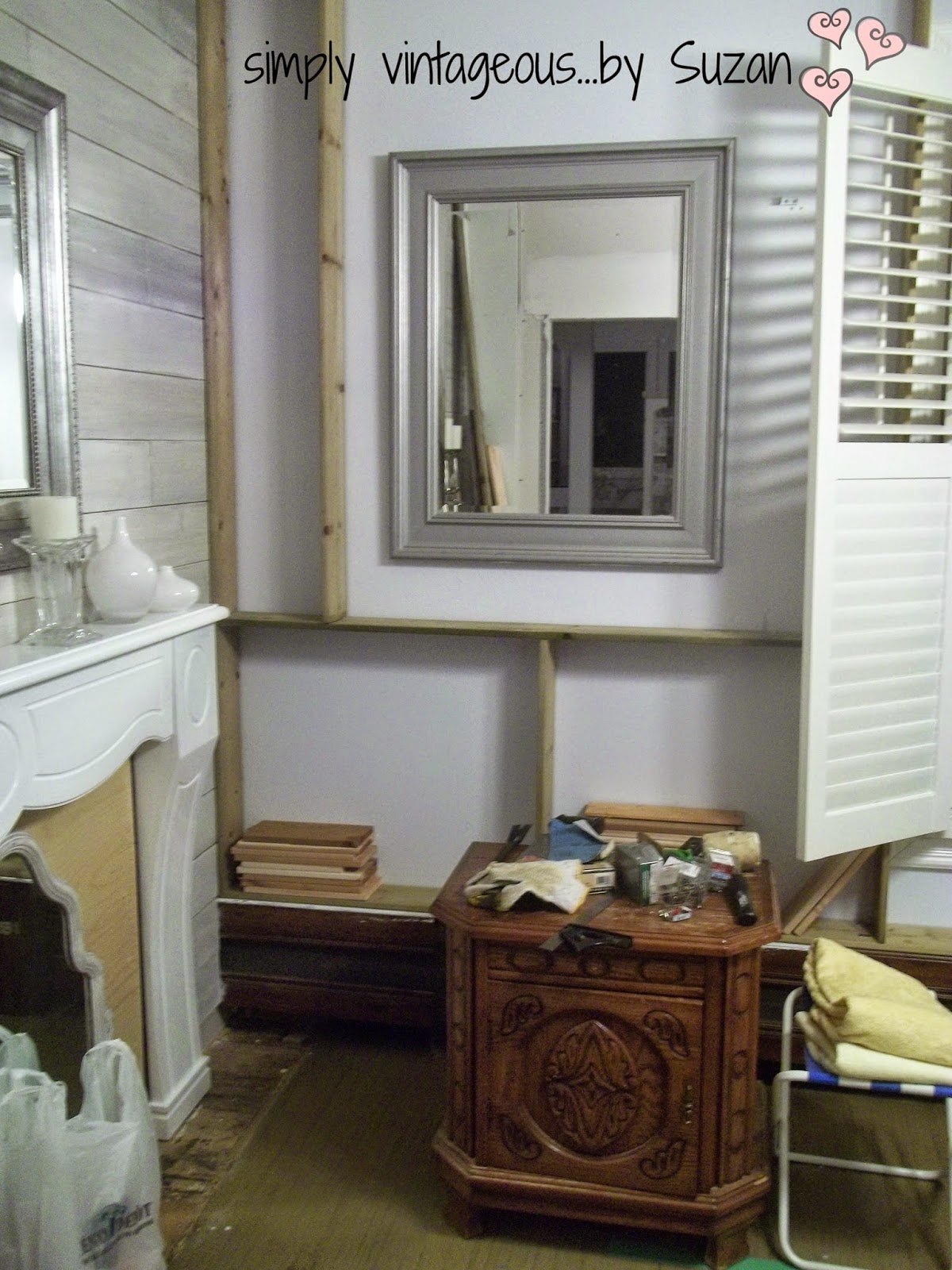 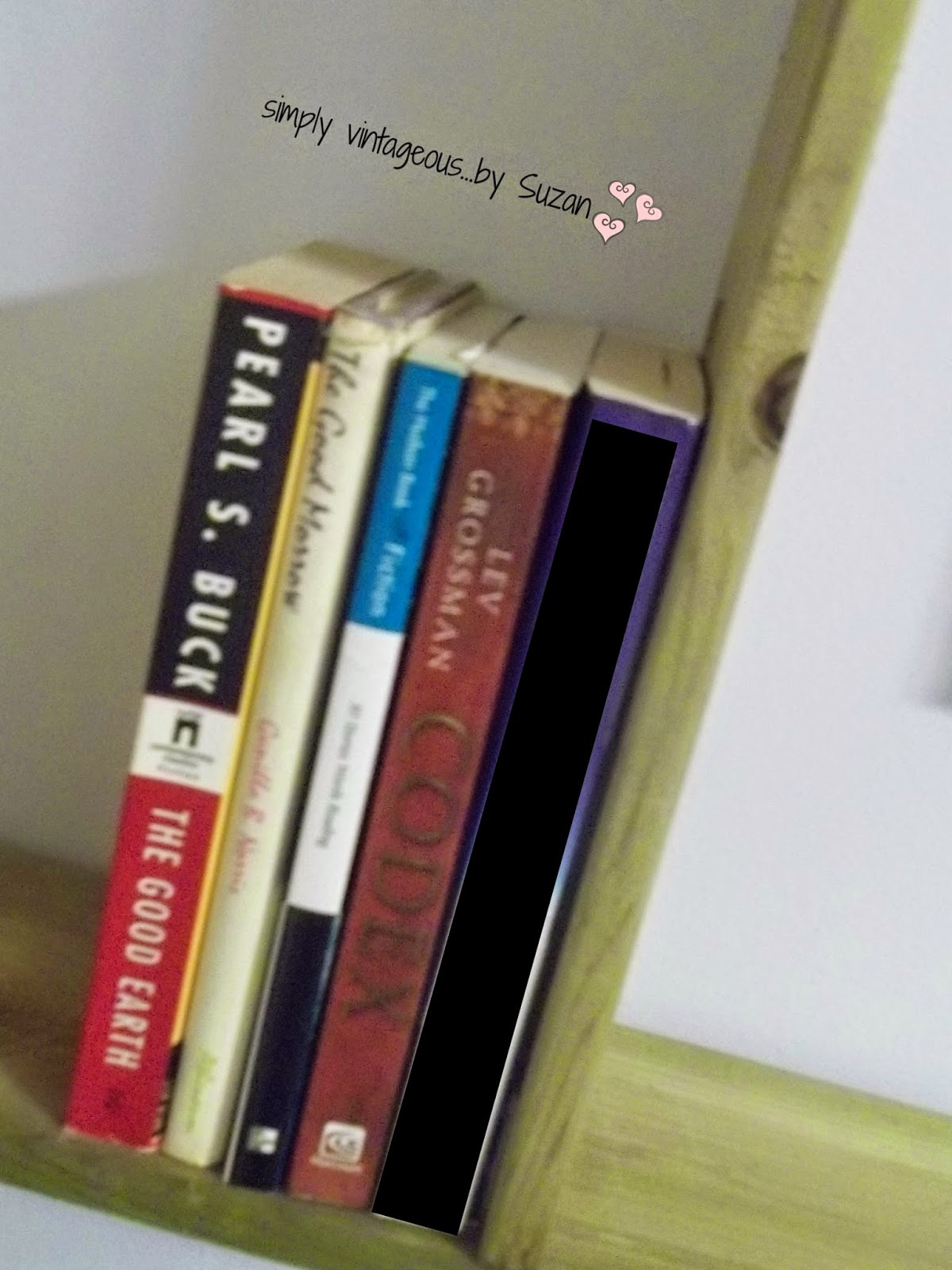 and then all hell heaven broke loose - with him screaming how much he adored me - and worshipped me - really -  it got so loud I was worried the neighbors would hear him !!!
In fact he was so emotional about it all that he stormed gently walked out of the room ( for the final time ) telling me he couldn't be in the same room as me ( or he'd devour me - or something along those lines )

So my built ins are on hold - but this WILL continue !

Love, soft as an easy chair - this is the easy chair he used to get away from me  dream of me.
( have a good rest honey - we've got some work to do when you wake up )
But I sat there watching him - he looked dangerously close to tipping over at one point -and I'd pay
money to see that  so I could warn him before it happened -
You see?  Desperately in love - nothing we wouldn't do for each other! 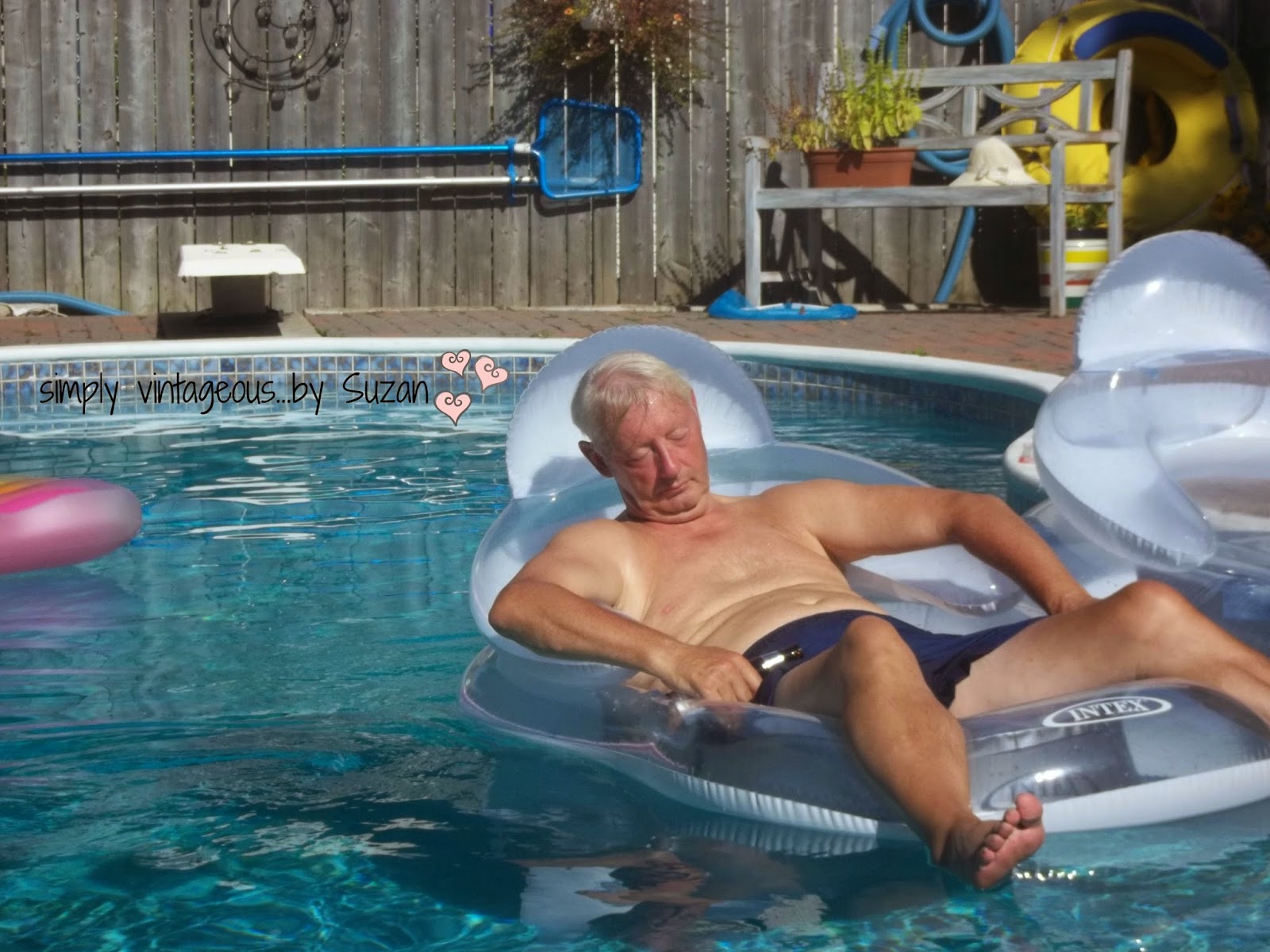 Have a wonderful day everyone !
I'll announce the give away winner as soon as the book arrives - it's usually quicker than this !
So if you haven't signed up you probably still have a day or 2 for a chance to win - you can see it
HERE

P.S. I had to get his permission to post this pic............and he said do what you want i don't give a " of course sweetheart "
You see?
He can't say no to me!!!
I'm blessed !
Love is grand !
I don't care what people say about reno's driving couples apart - it seems to only be bringing us closer together !
Give me a wood plank - and I'll find something to do with it! ( other than bonk each other over the head with them lol )
Have a great one ♥