Although it's only 15 minutes from Downtown Montreal - this area ( and a lot of these houses ) used to be summer houses for people that lived in the city.....................over time they've all been winterized - added on to - updated and upgraded but whenever I walk around here I can imagine how it must have been - back in the day when 15 minutes away would have taken well over an hour to get to ...................some are traditional - some are quirky - some are showing signs of wear - most are charming and no 2 are alike - Each house is as unique as the people that built them once upon a time  and they all seem to tell a story.
You can imagine where each generation planted this or that - or added a storey - or a den - or in some cases had the house lifted to accommodate a basement.................

Here's a few photos I took around the new 'hood -

Loving the deep blue veranda - and the red flowers against it 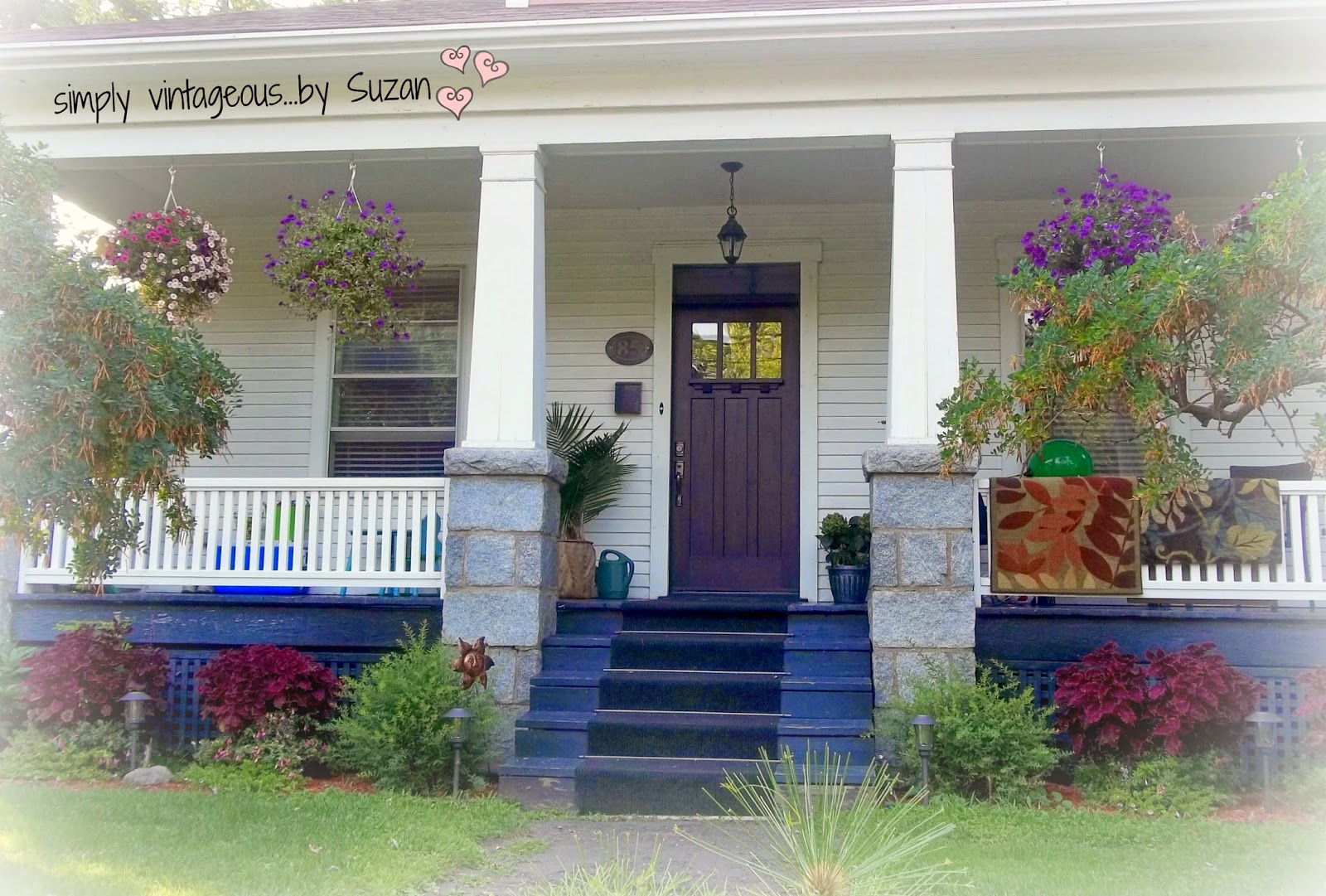 Red door - teal siding - would have never chosen them but I love them now that I see them together - the flower box under the window is red as well
I even love the broom resting against the wall ! 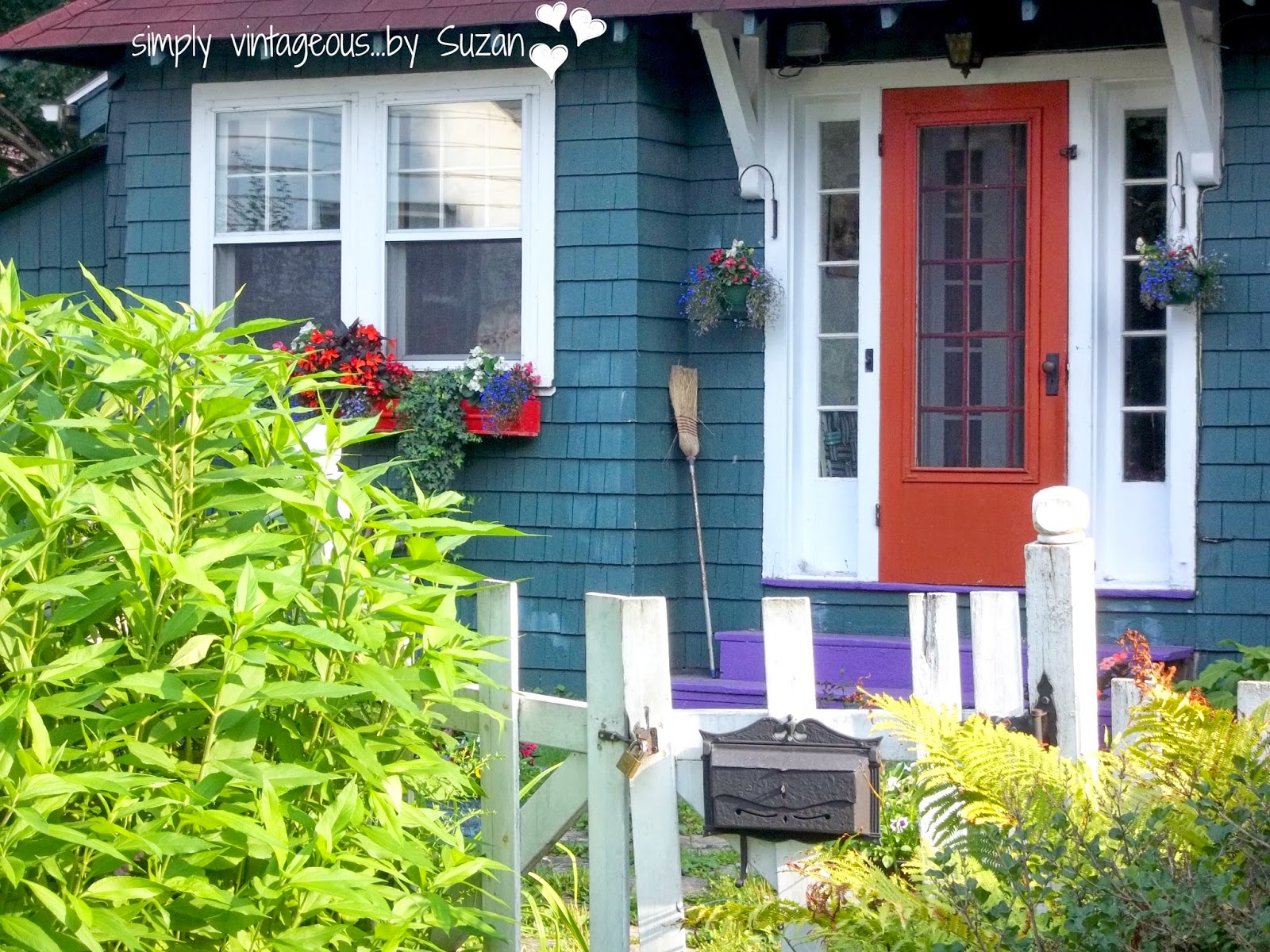 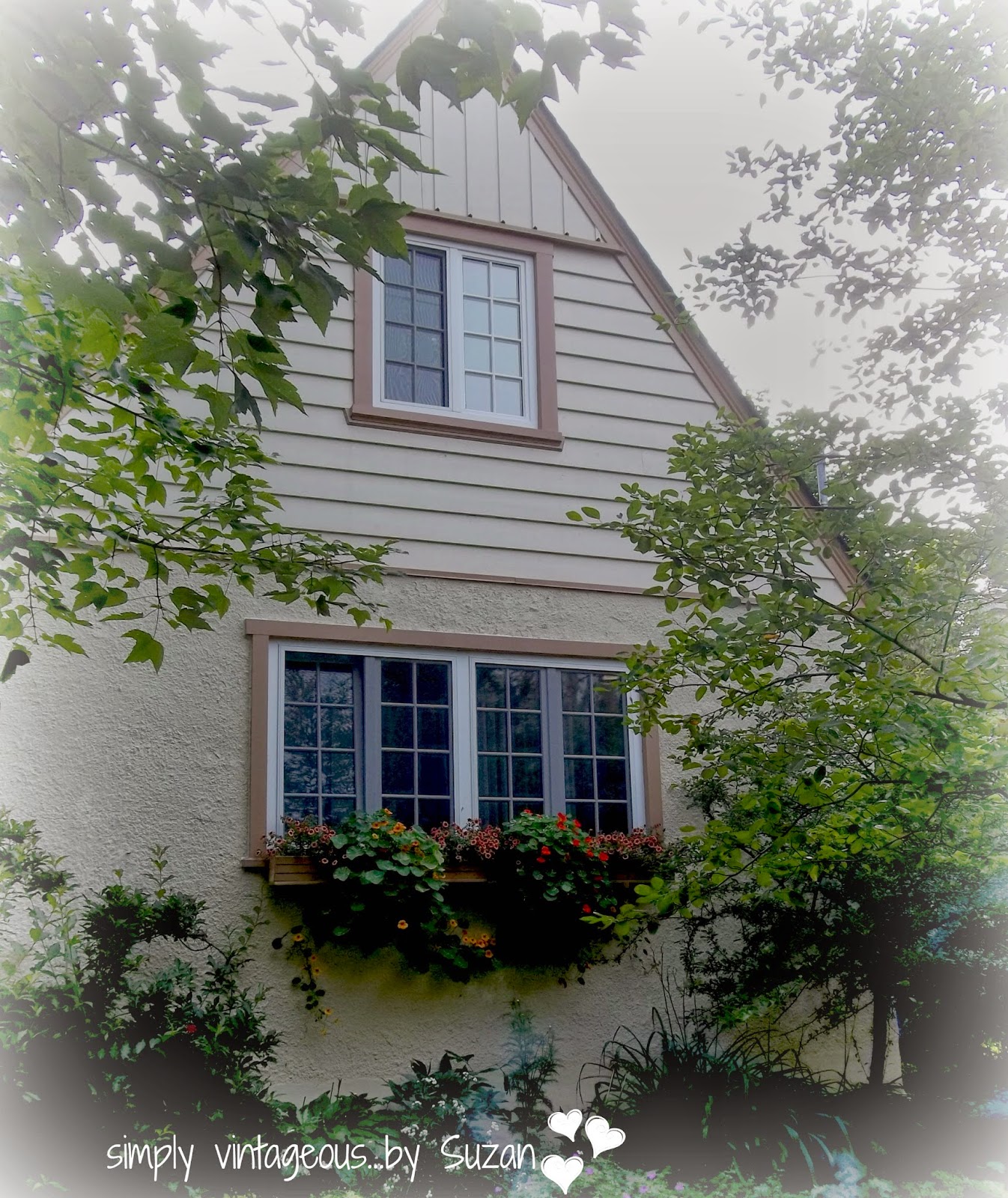 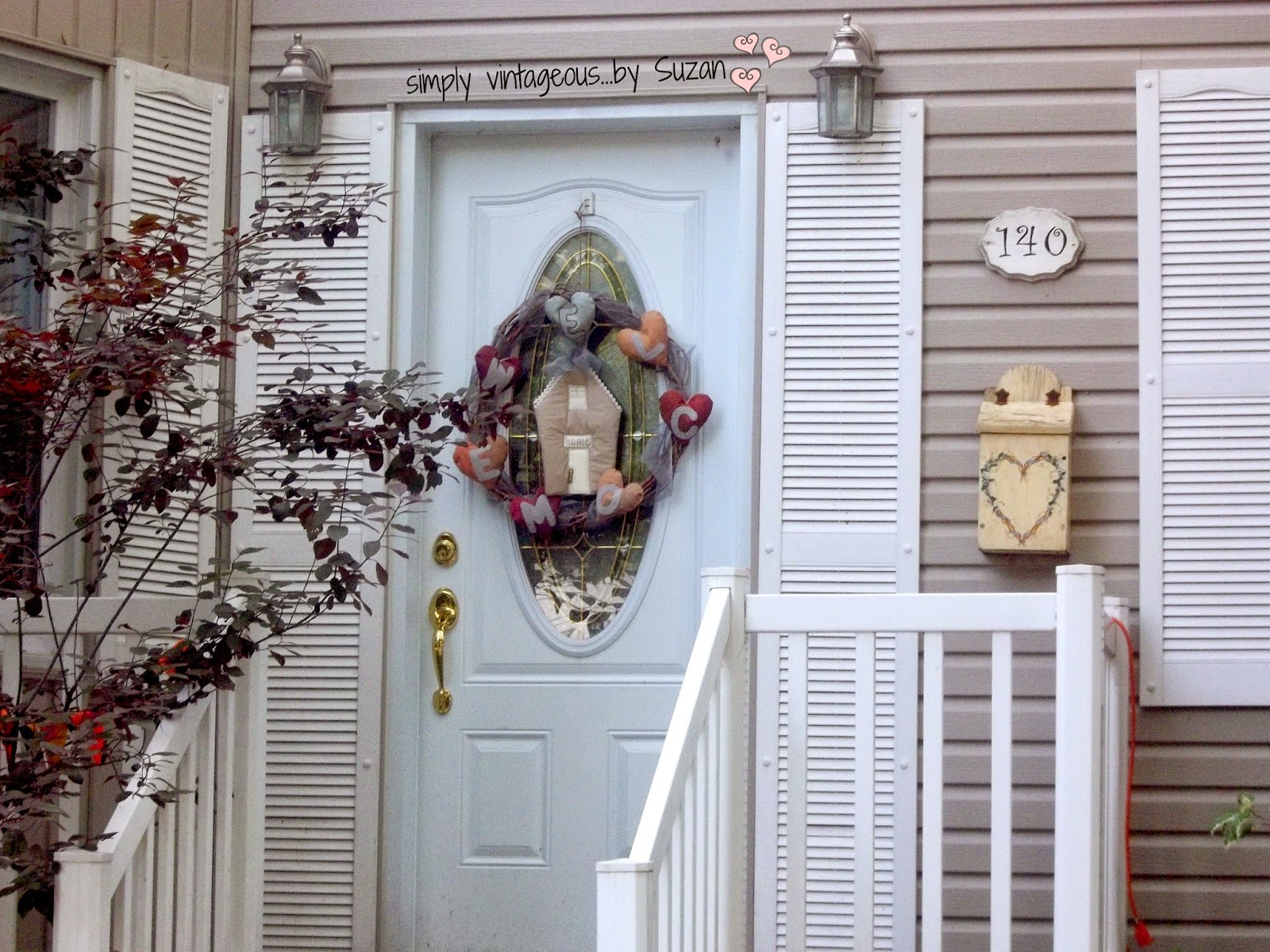 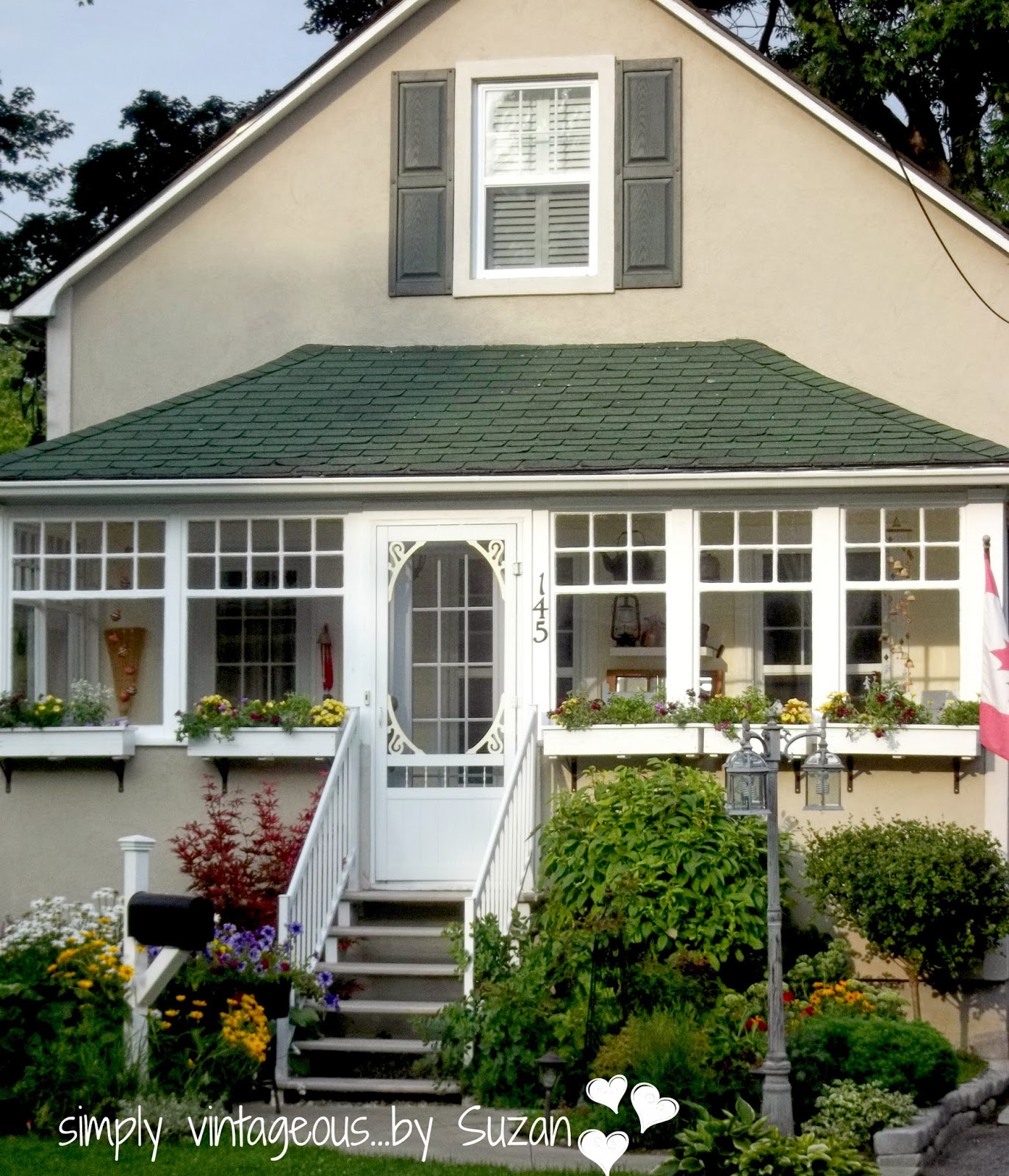 Another enclosed porch - this one looks like the windows may be original - which means beautifully wavy and dimpled ! 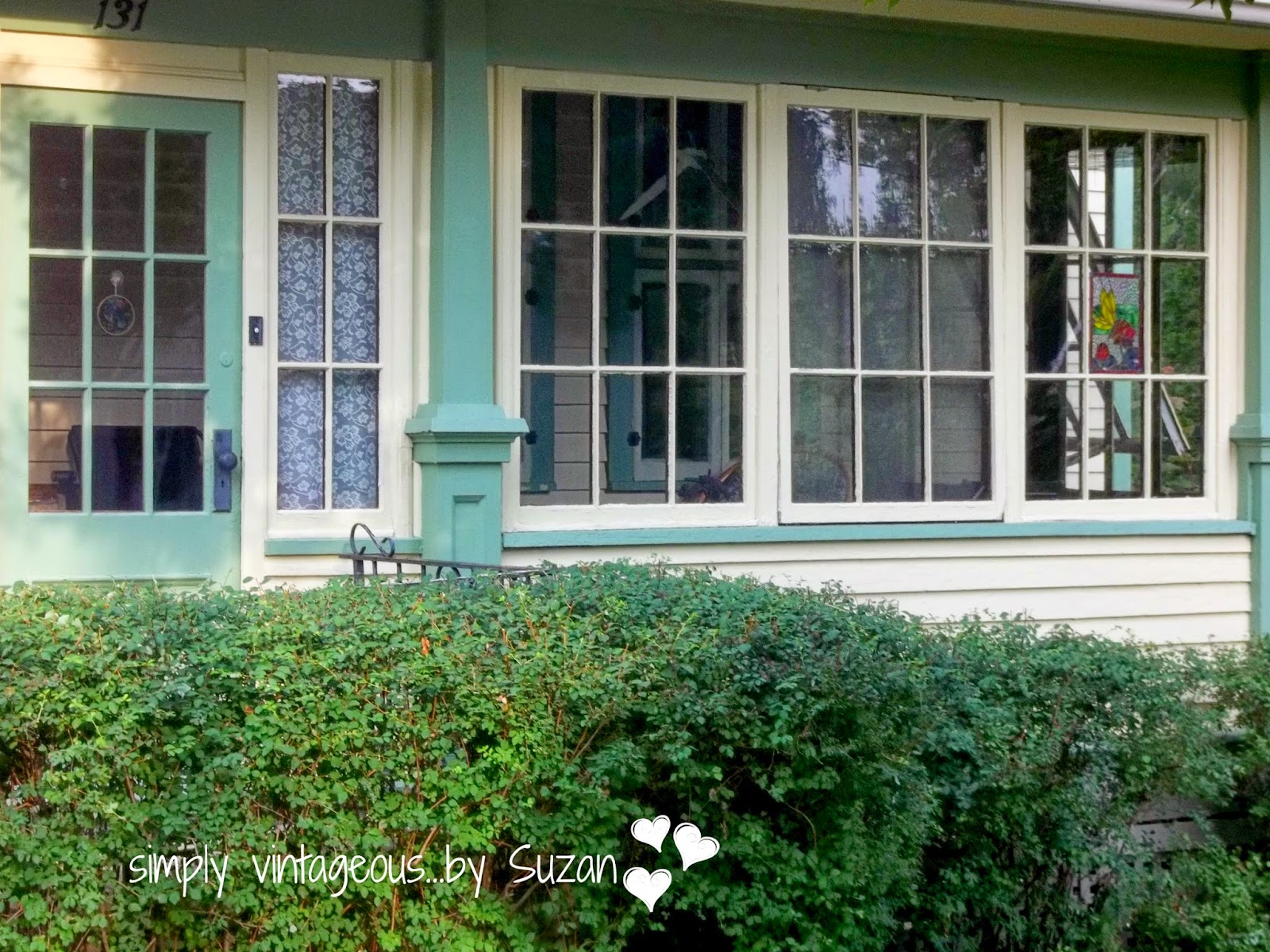 So cozy and welcoming looking ! 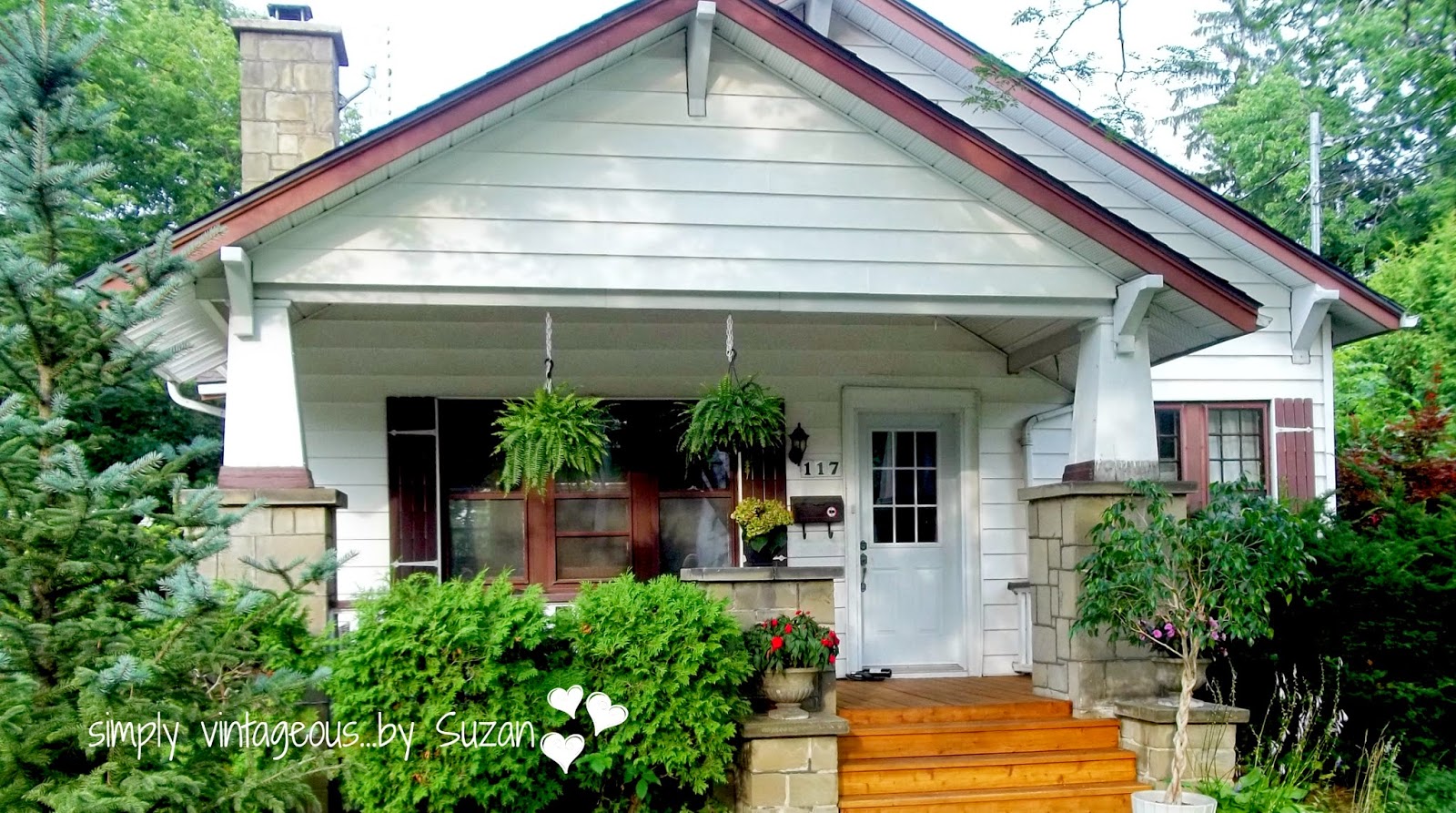 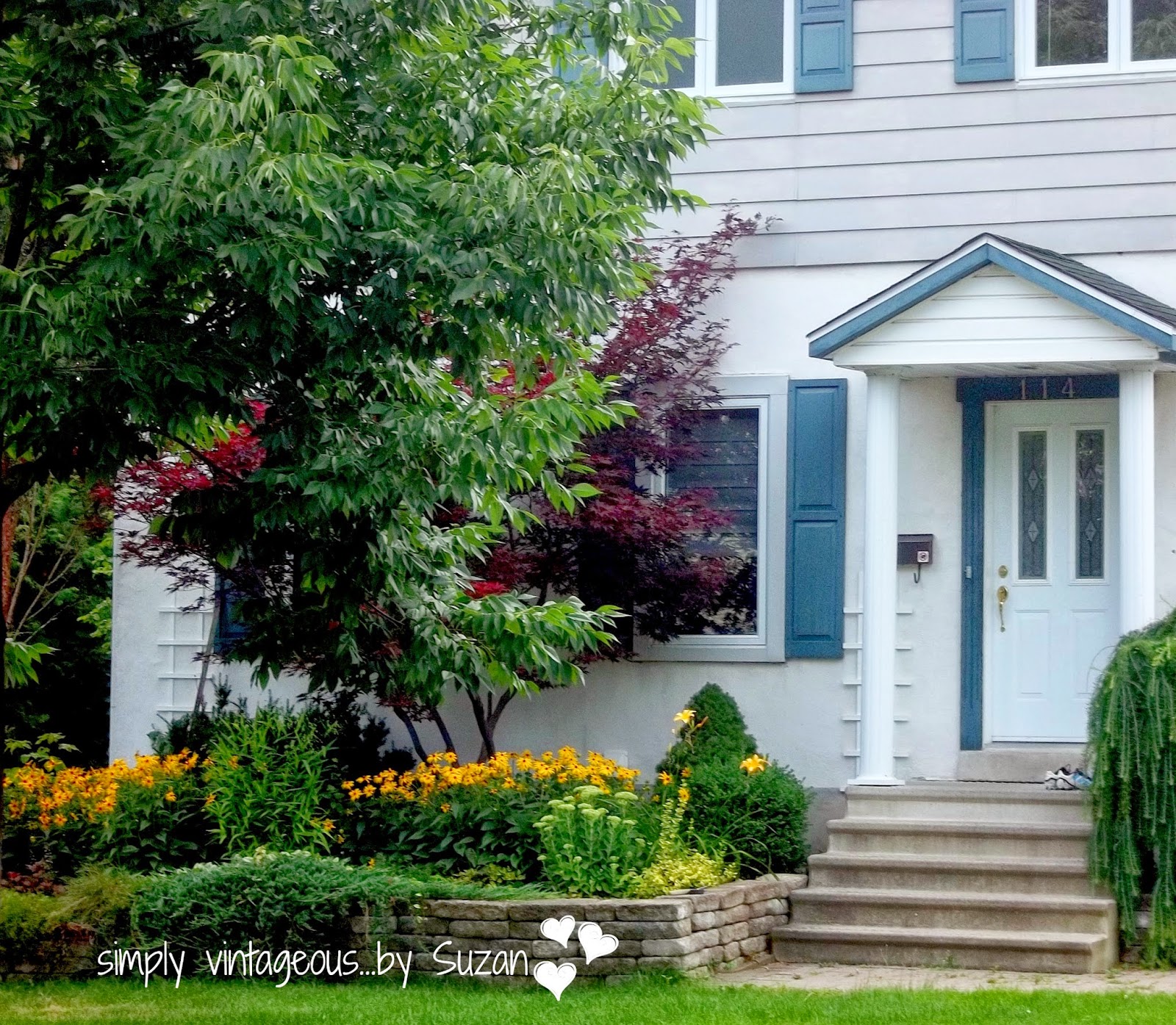 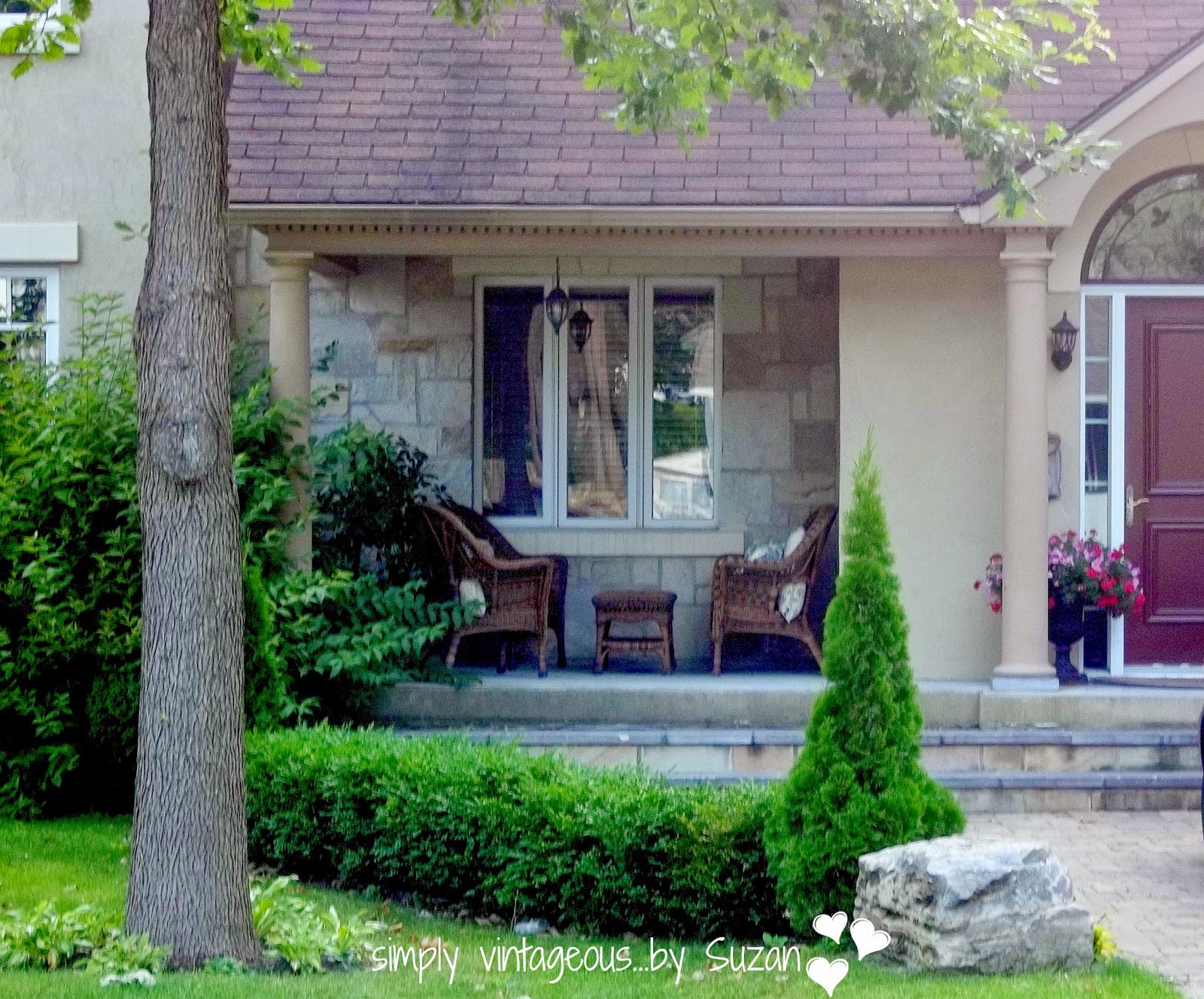 John says - GET BACK HERE - WHAT DO YOU THINK YOU'RE DOING ???
Suzan says - I HAVE to get a close up of this -
John says - Ok - I'm walking away
John says - What the hell are you going to say if they open the door?
Suzan says - I'm going to tell them how beautiful I think it is !!! 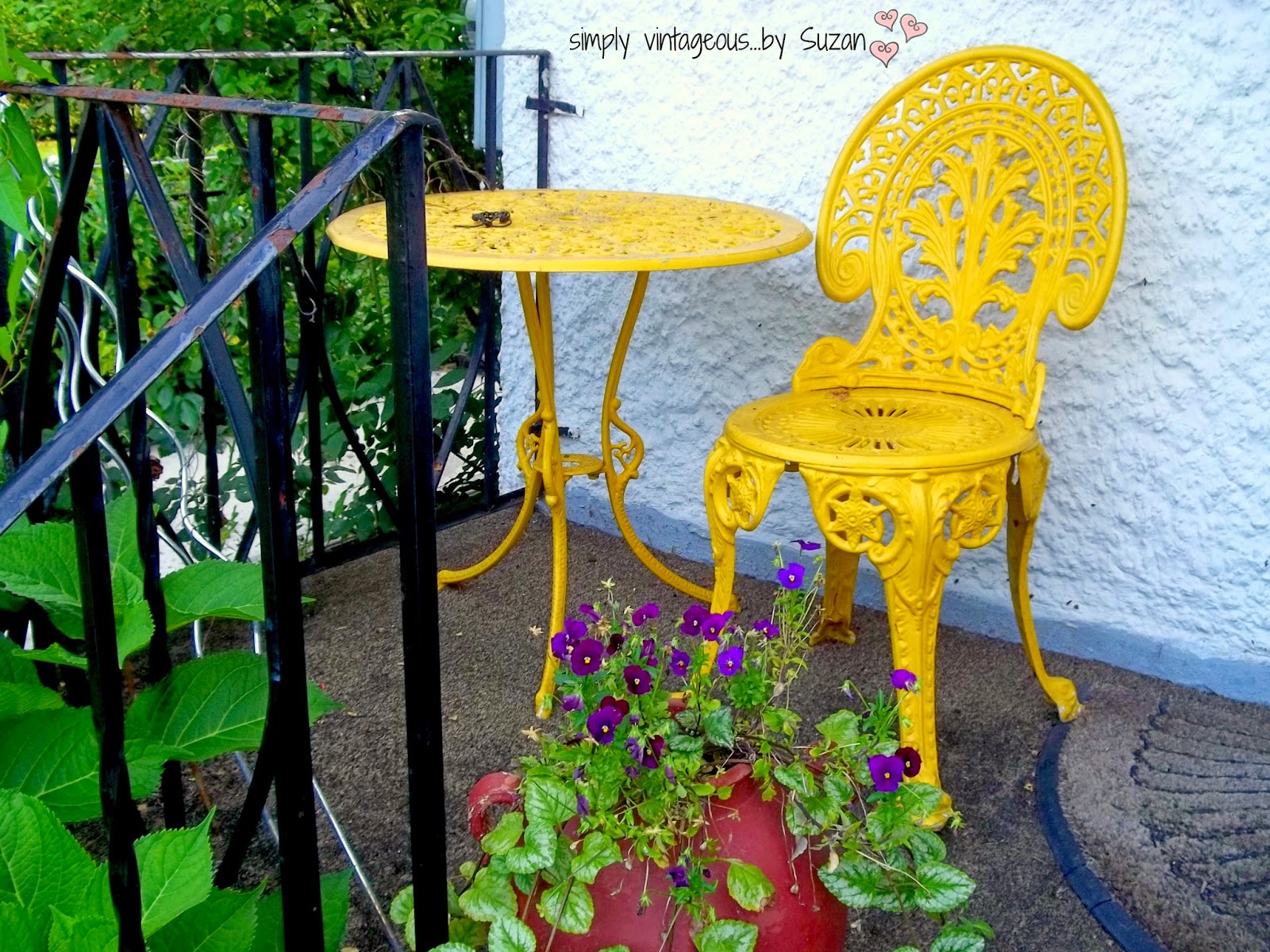 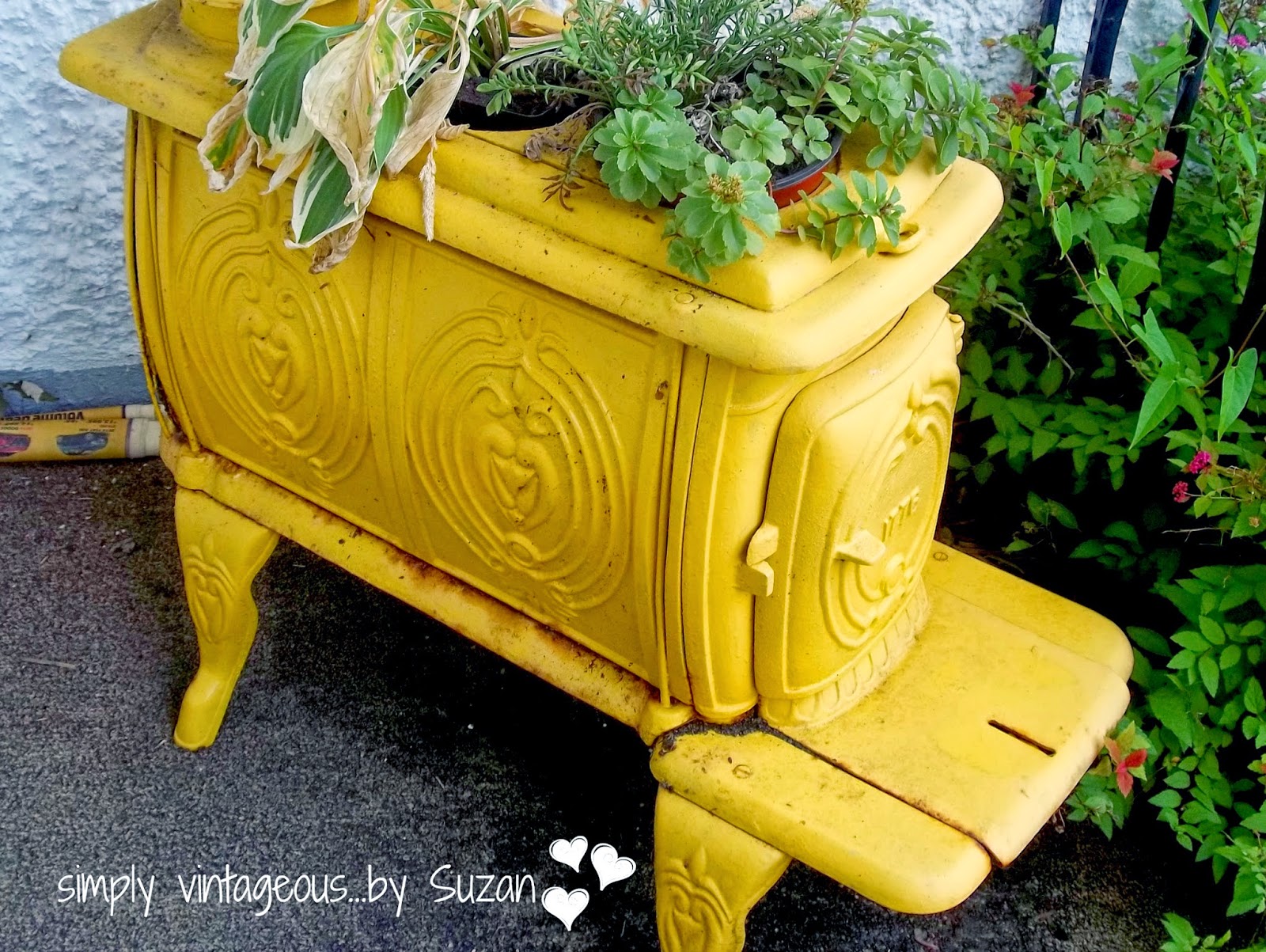 I HAVE to find one of these - and then I HAVE to paint it yellow !!! 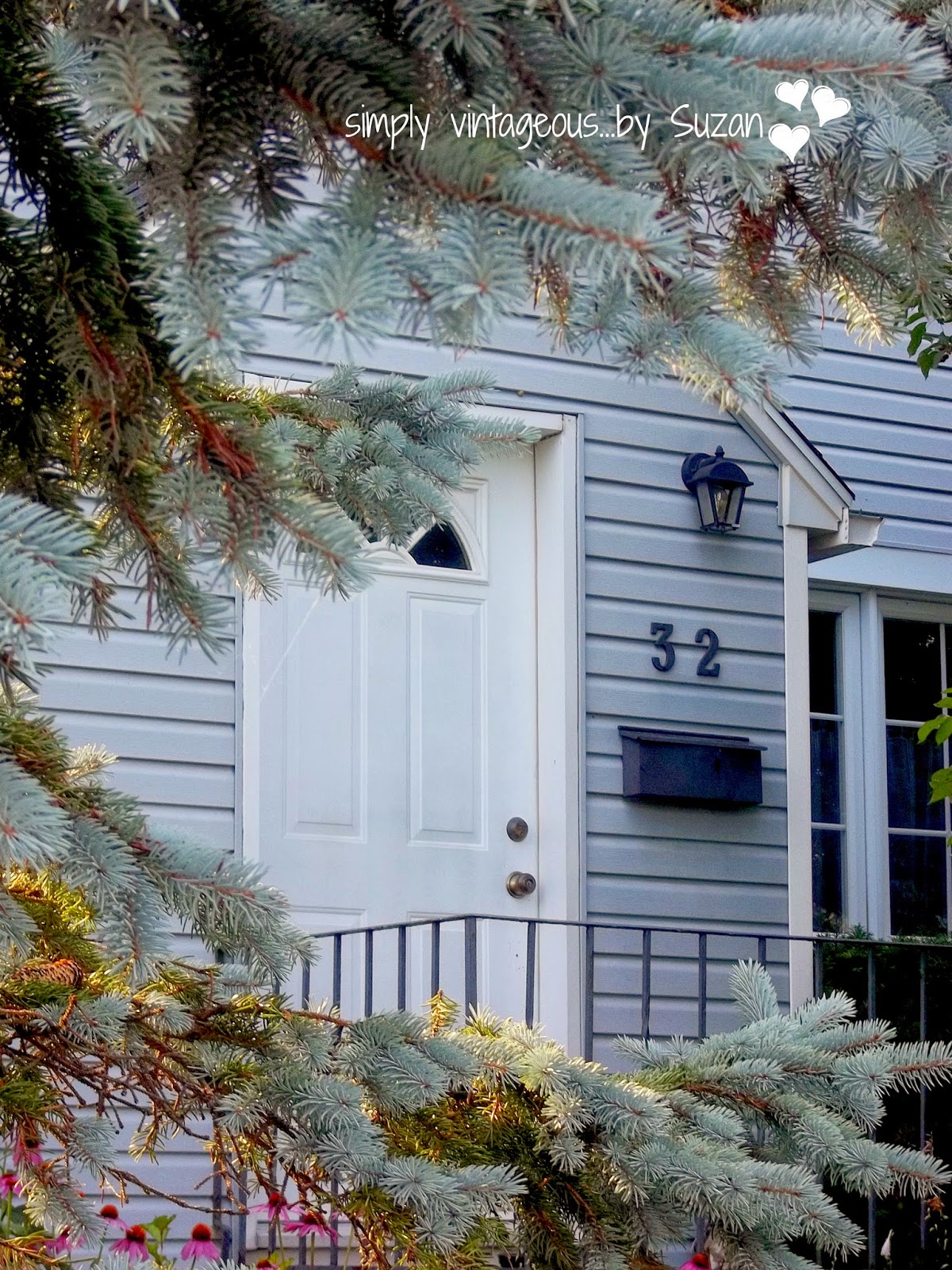 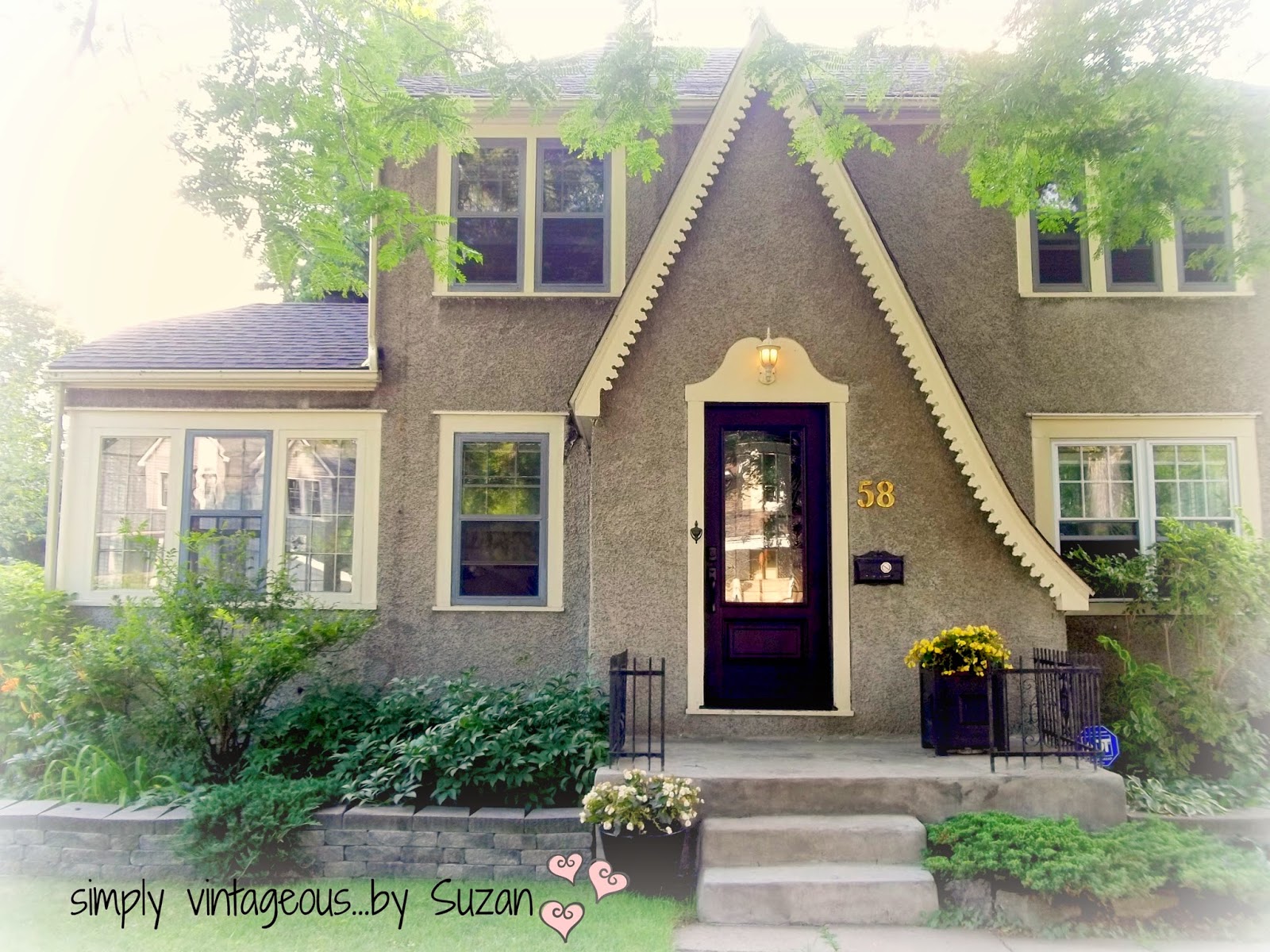 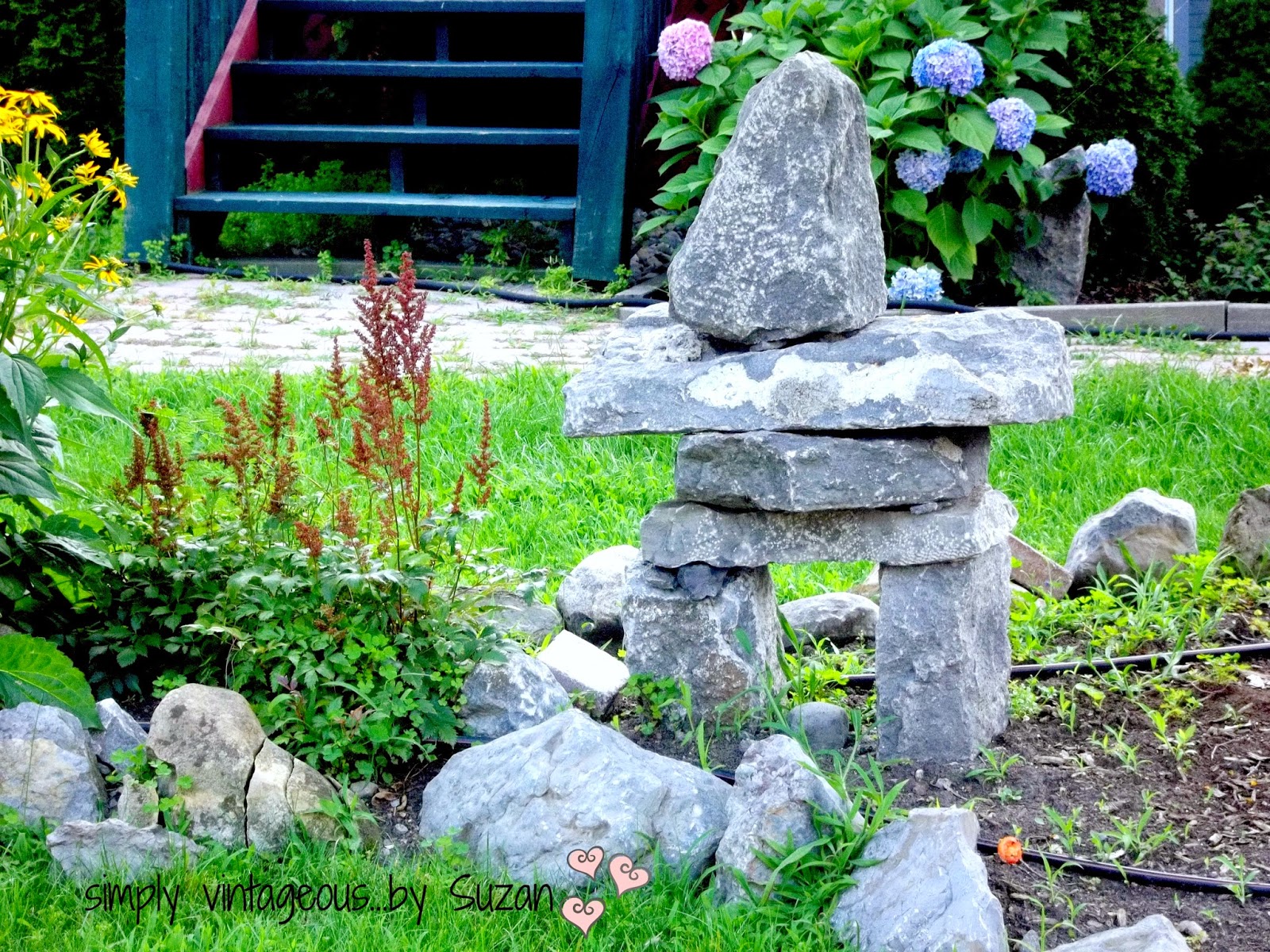 An inuksuk (plural inuksuit) [1] (from the Inuktitut: ᐃᓄᒃᓱᒃ, plural ᐃᓄᒃᓱᐃᑦ; alternatively inukshuk in English[2] or inukhuk inInuinnaqtun[3]) is a stone landmark or cairn built by humans, used by the Inuit, Inupiat, Kalaallit, Yupik, and other peoples of the Arcticregion of North America. These structures are found from Alaska to Greenland. This region, above the Arctic Circle, is dominated by thetundra biome and has areas with few natural landmarks.
The inuksuk may have been used for navigation, as a point of reference, a marker for travel routes, fishing places, camps, hunting grounds, places of veneration, drift fences used in hunting [4] or to mark a food cache.[5] The Inupiat in northern Alaska used inuksuit to assist in the herding of caribou into contained areas for slaughter.[6] Varying in shape and size, the inuksuit have longtime roots in the Inuit culture.
Historically, the most common type of inuksuk is a single stone positioned in an upright manner.[7] There is some debate as to whether the appearance of human- or cross-shaped cairns developed in the Inuit culture before the arrival of European missionaries and explorers.[7]The size of some inuksuit sugge[4]
st that the construction was often a communal effort. 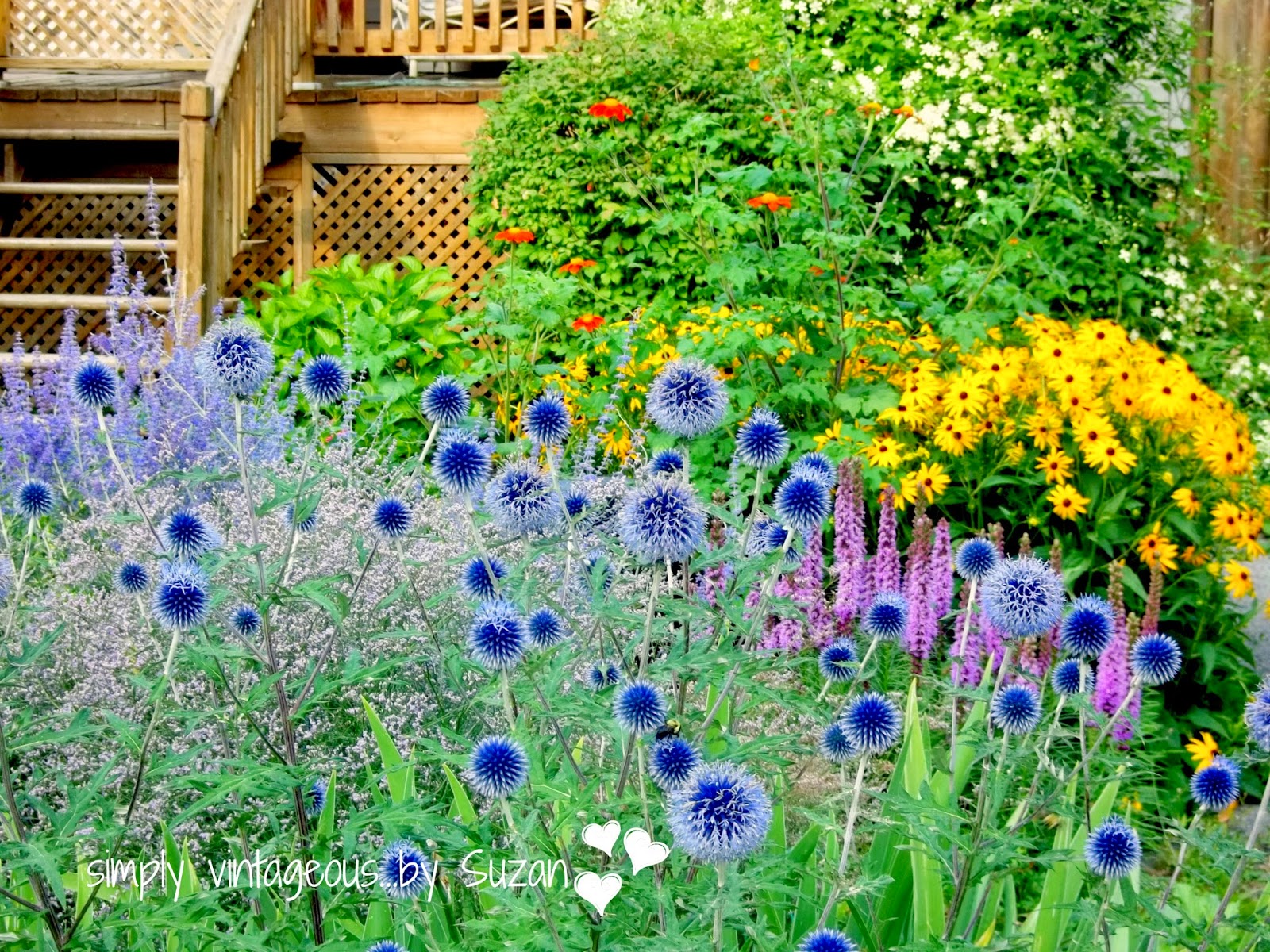 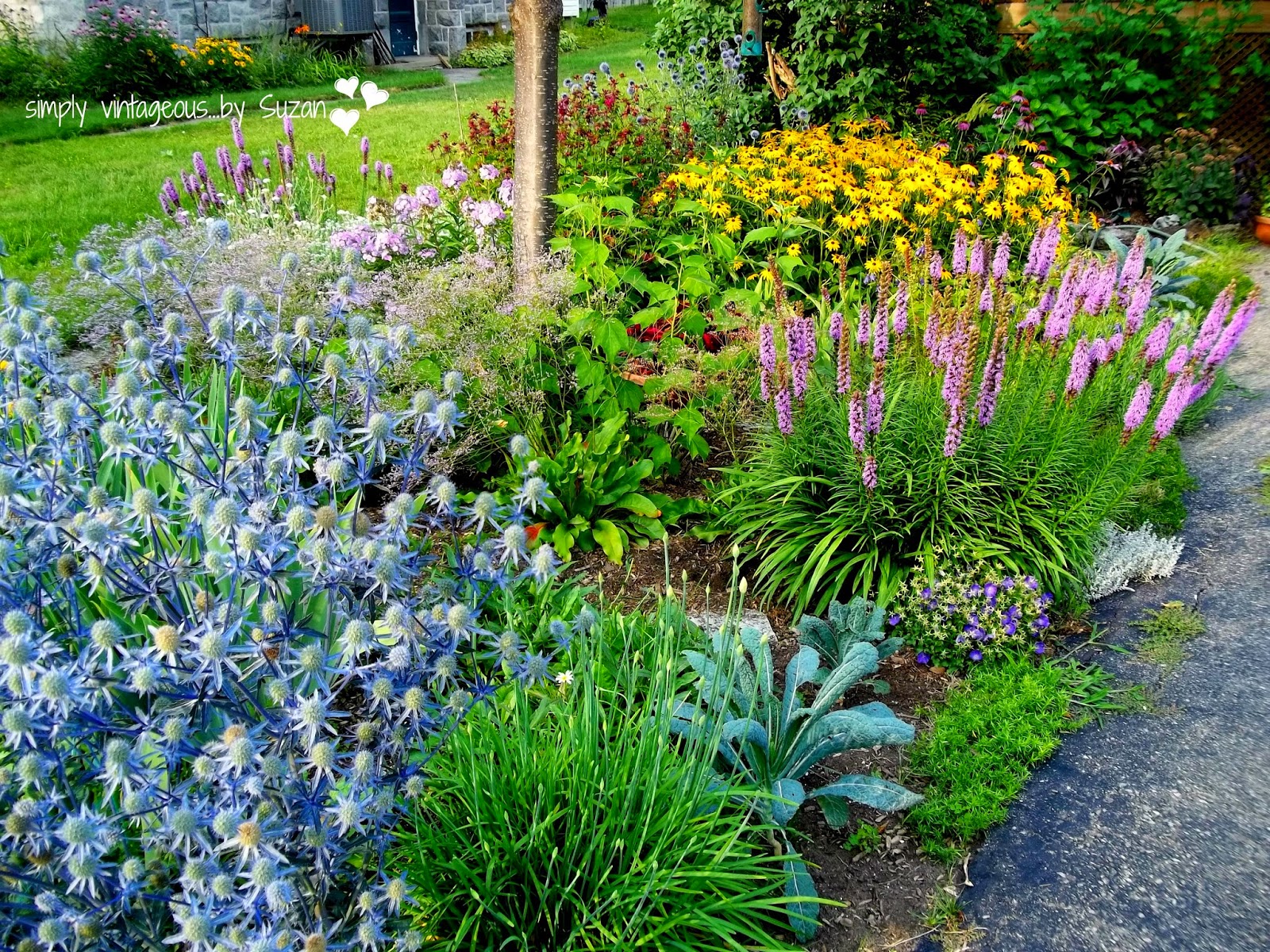 A beautifully rustic fence is also on my wish list 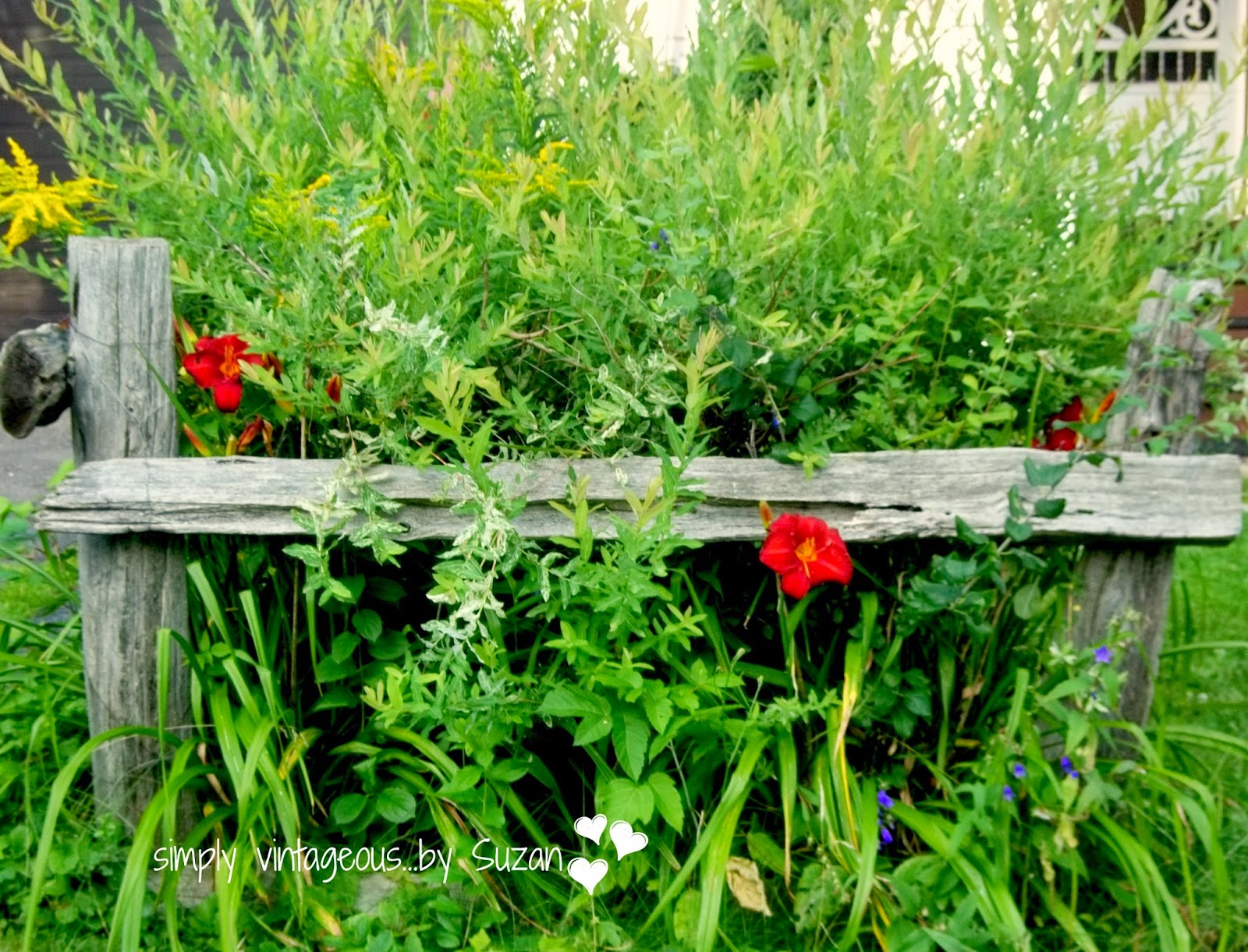 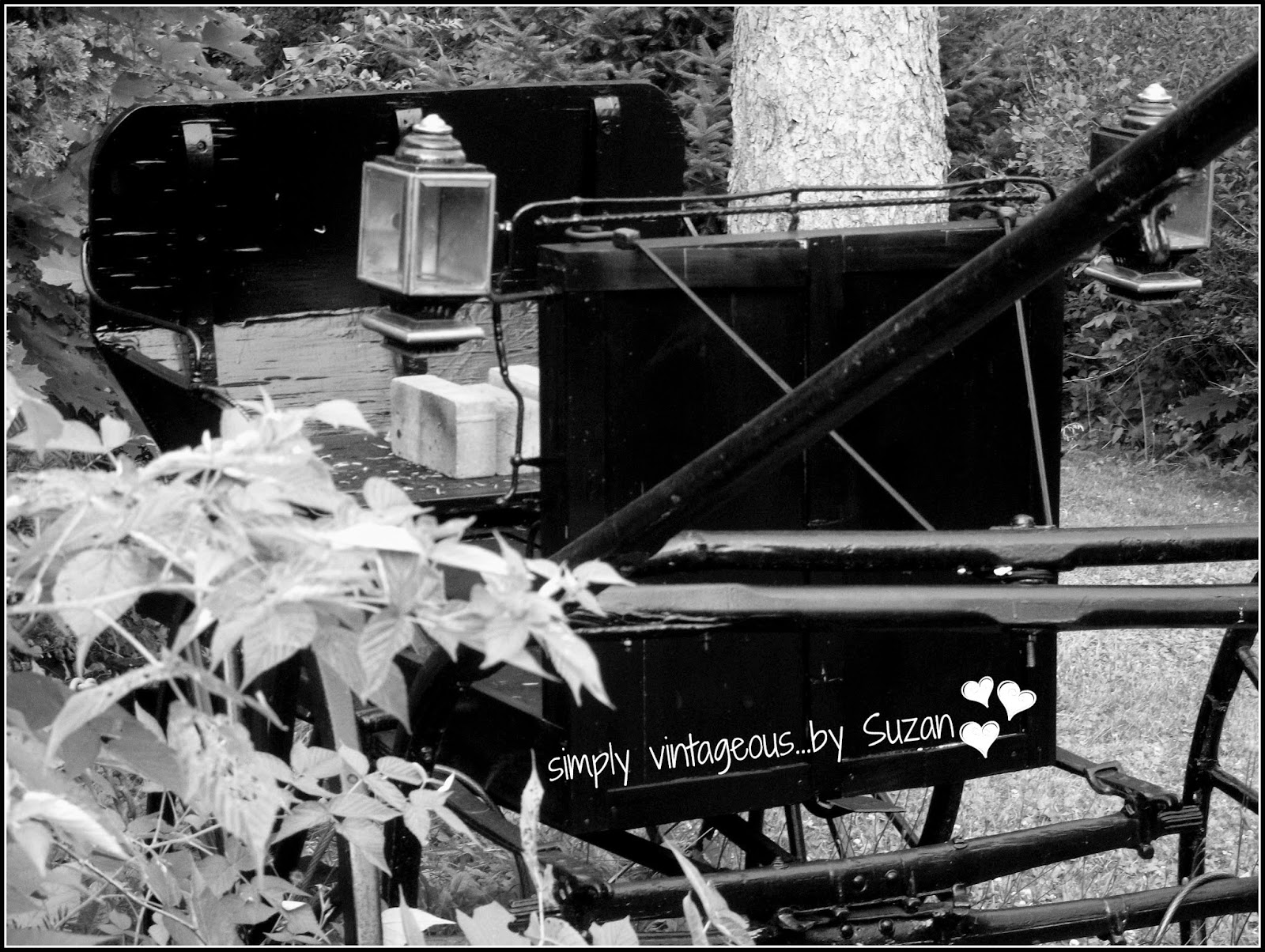 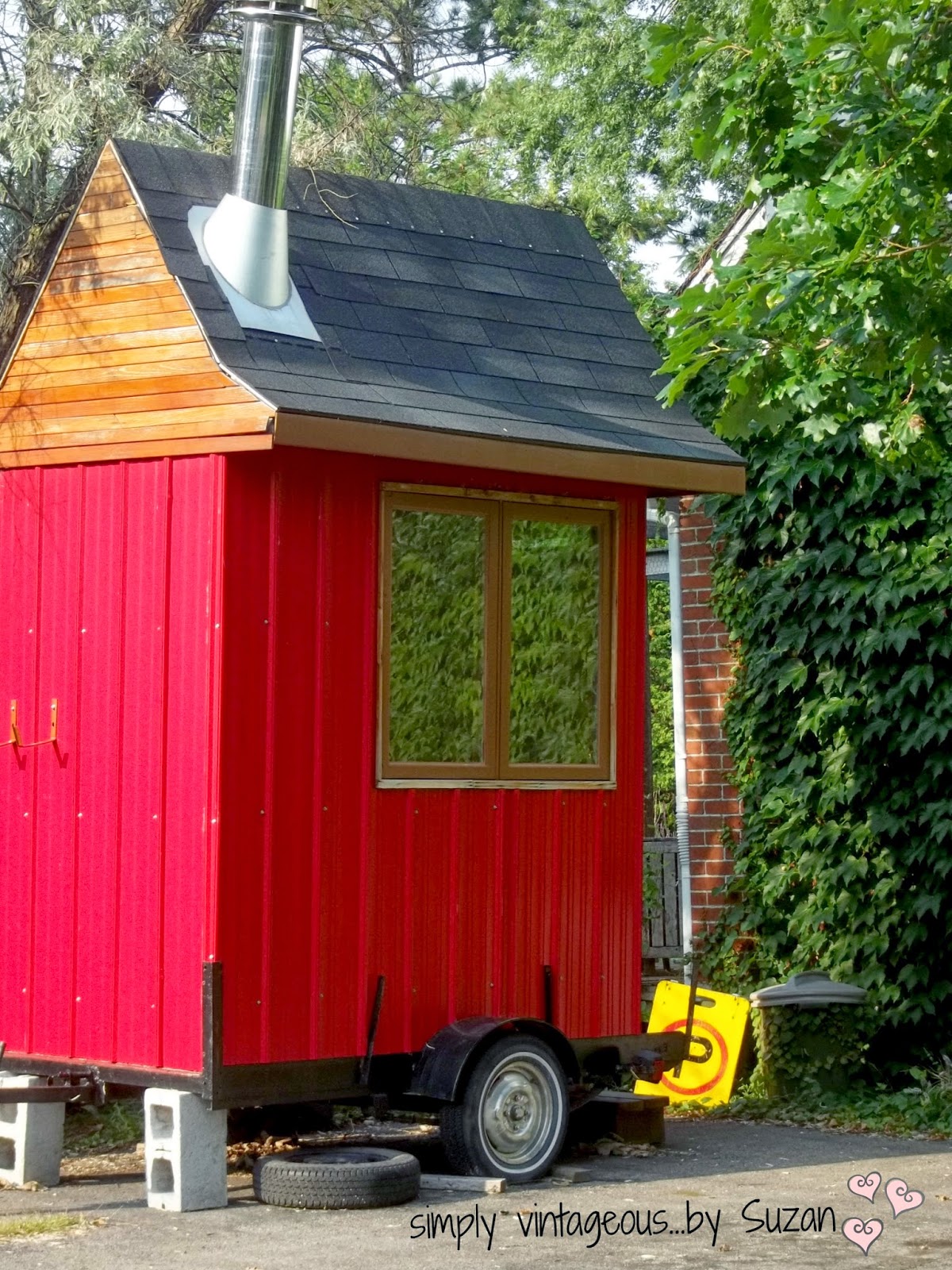 Suzan says - OMG - they have a portable outhouse
John says - Don't be ridiculous !
Suzan says - YES - there's even a vent pipe in the roof ( and I was dead serious )
But John figured it out in the end - it's an ice fishing house !!!
These people also have the cutest little vintage camper - but they must be on holiday because it's missing from their driveway :(
And that was our walk....................
Oh and by the way, as small as the houses are - the trees are massive and dense - some areas almost feel like little forests 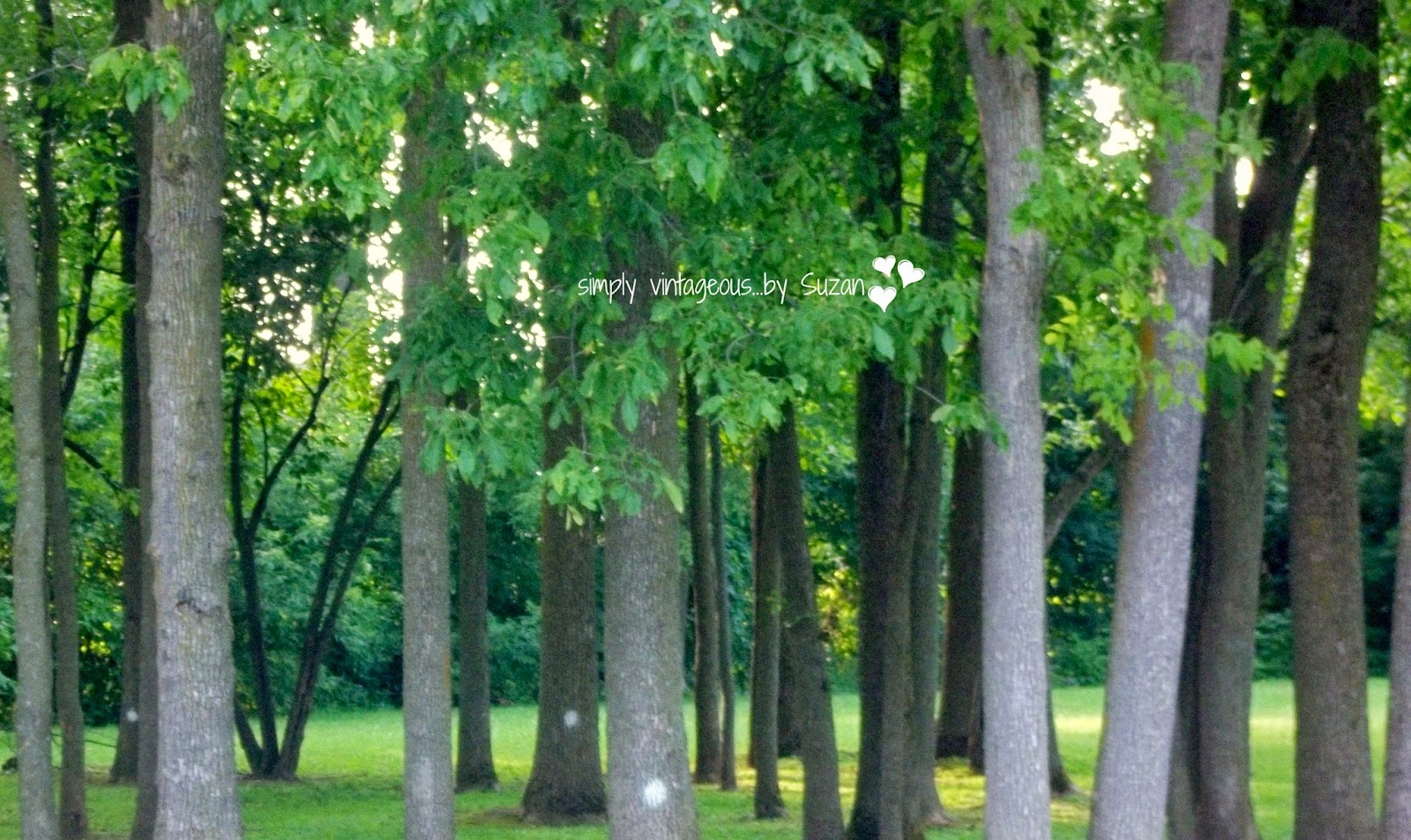 
Have a wonderful Monday everyone
Much love, from me
to you ♥