I'm going to have a nervous breakdown. 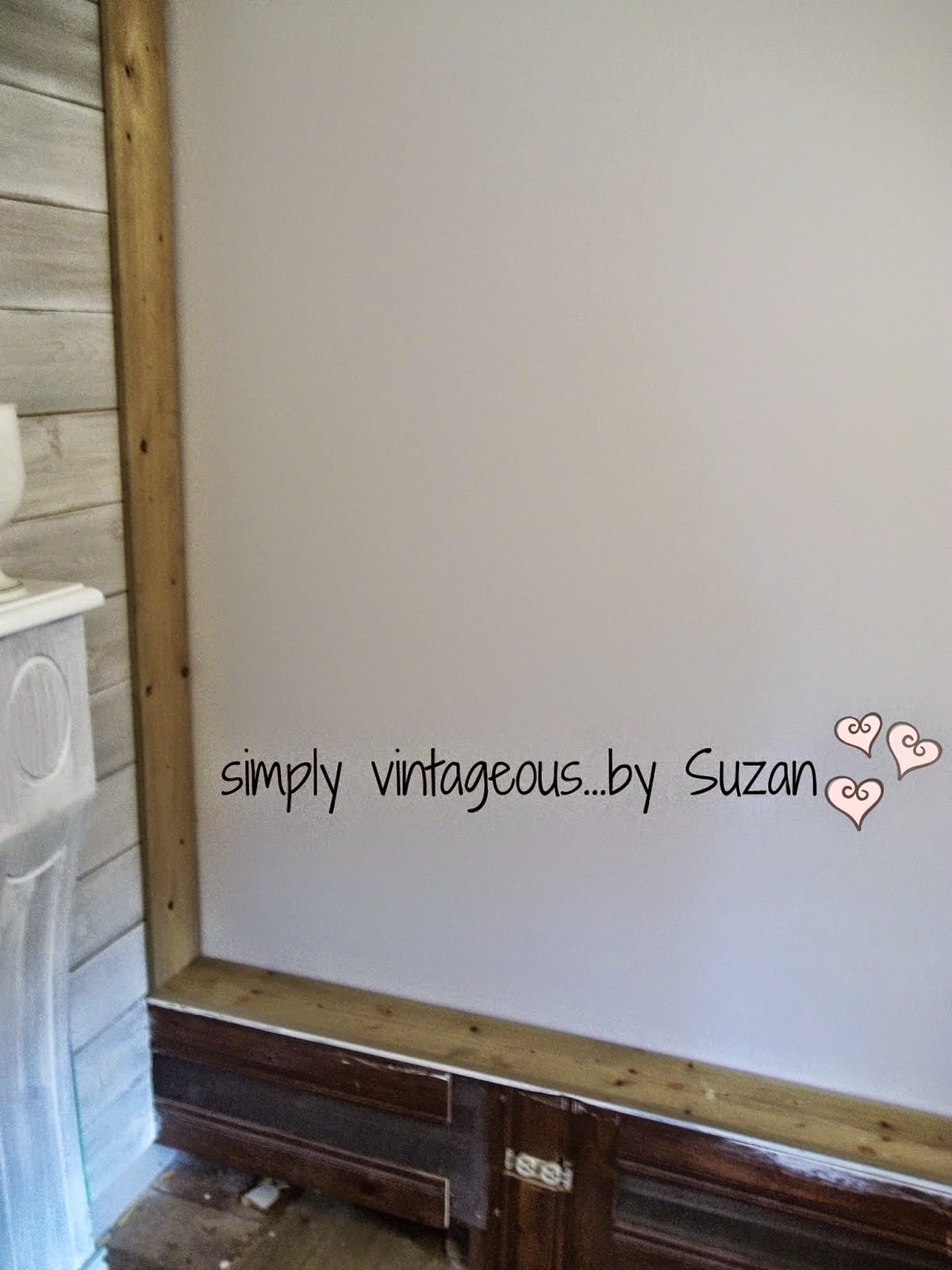 This room had many many layers of " stuff " on it - carpets - underpadding - linoleum - tiles - cardboard and a partridge in a pear tree.

I cringe showing it to you again - but it is what it is - this is our lot in life after buying a very old fixer upper after all. 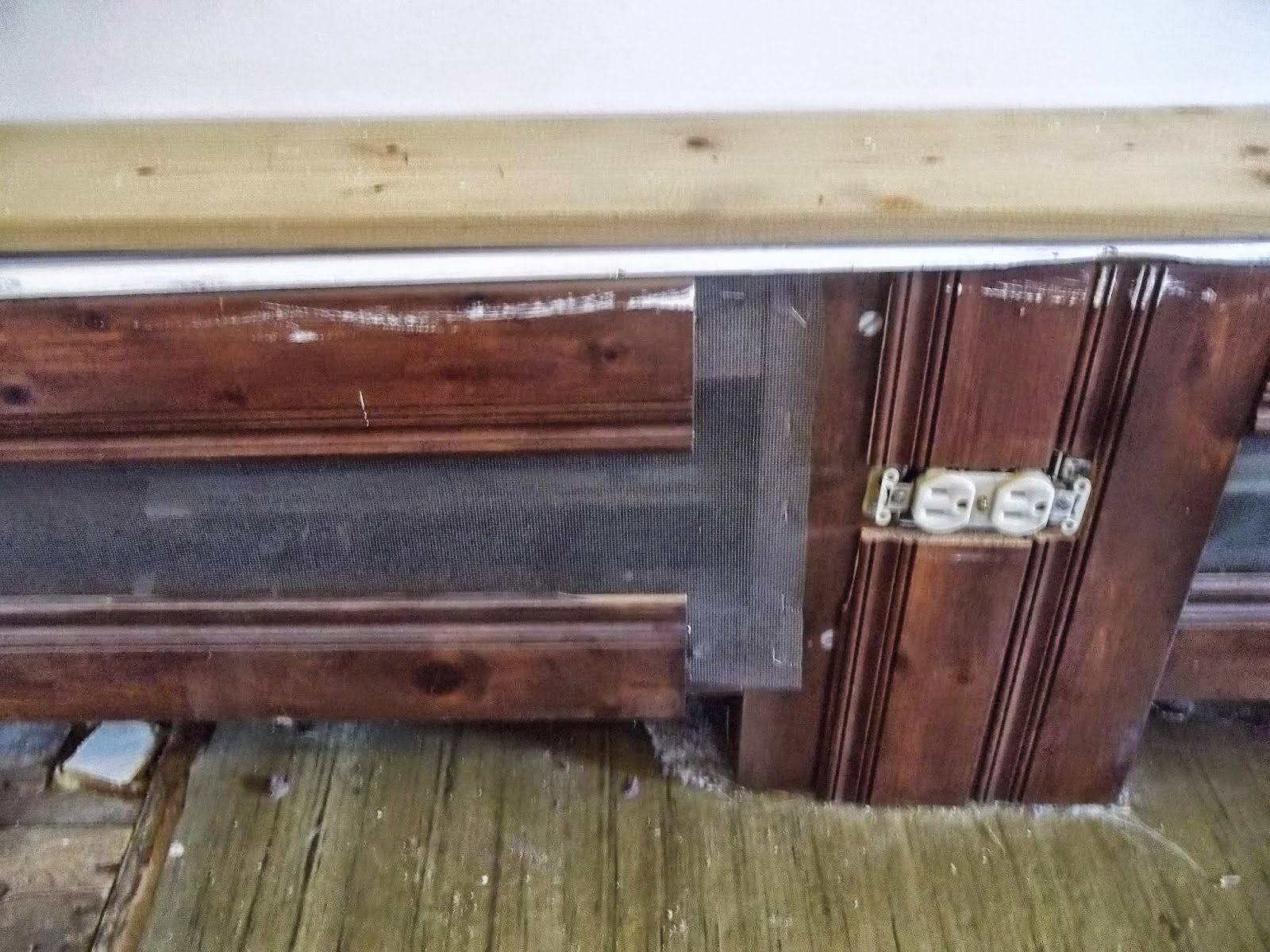 This framed piece was held up with L brackets - secured to the floor behind them - very solid - which was perfect because the shelves were going to weigh quite a bit once the books were on them.

I once asked him to unscrew the top of a lamp shade off for me while I did something else - and he went and got changed - and came back upstairs with a tool box !!!
I stood there incredulous - asking him what he was doing - and he responded with " do you want it off or not "  I remember brushing by him and unscrewing it with my fingers and telling him he could put his suit back on. 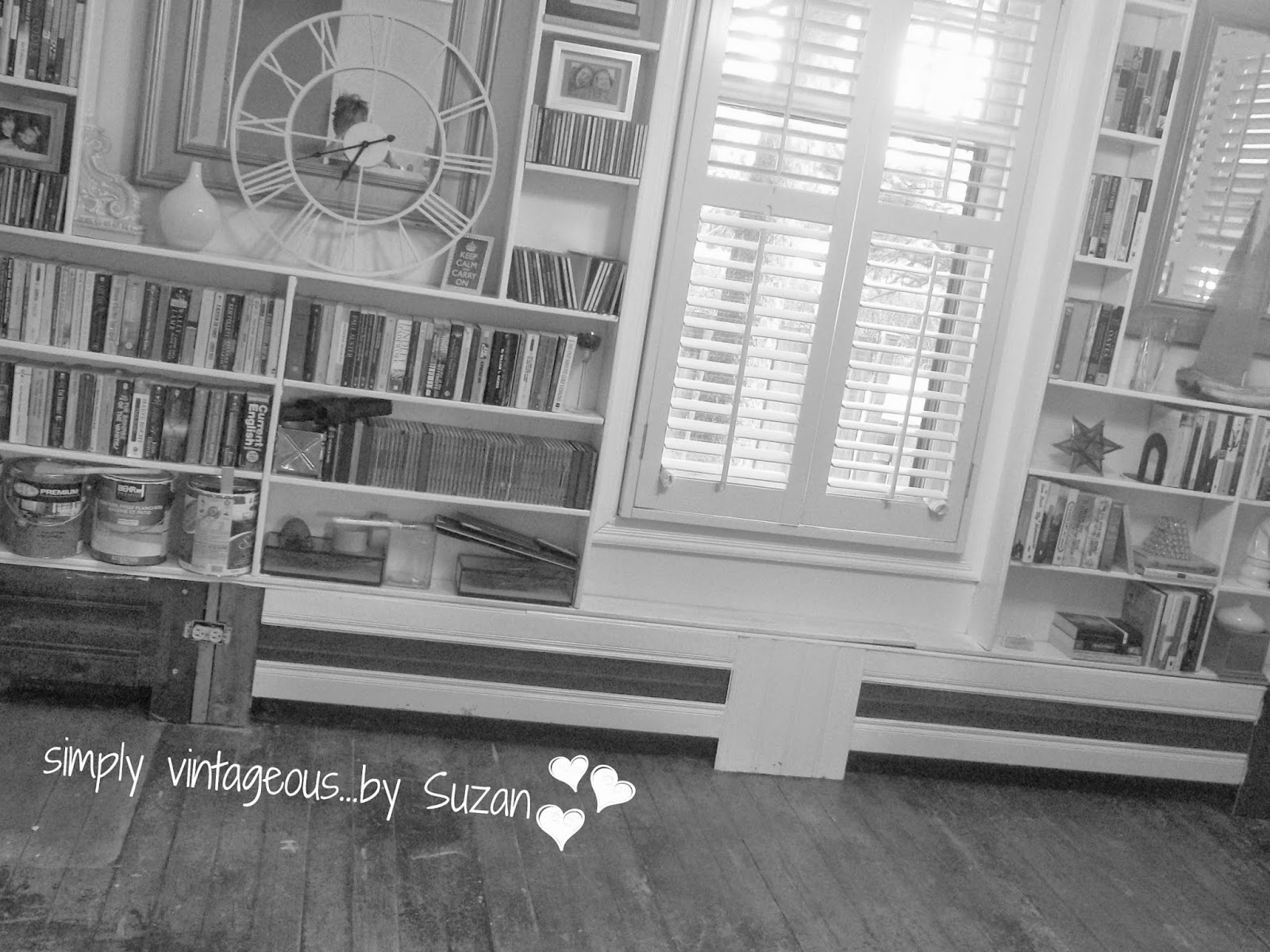 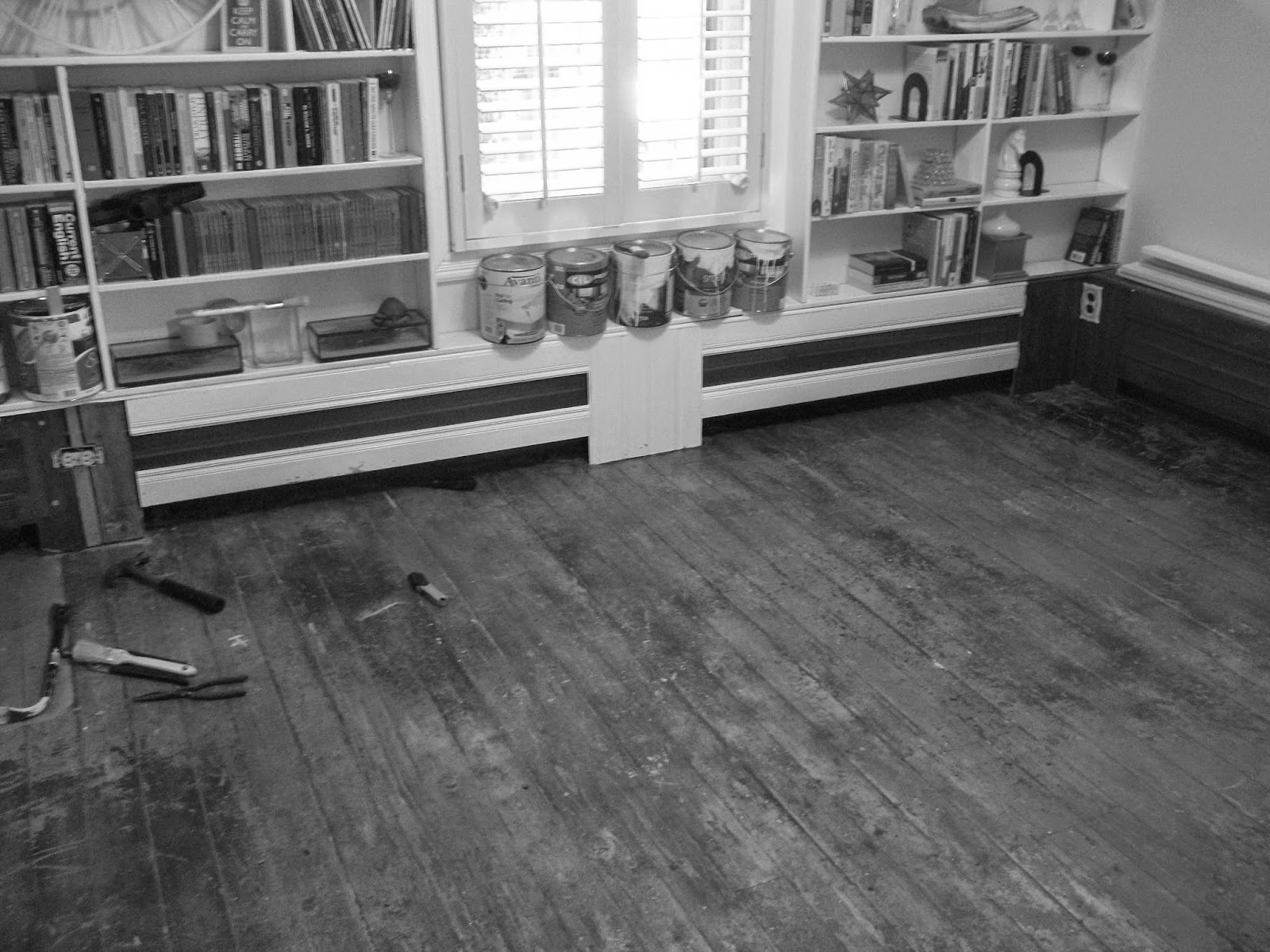 Did I already mention I'm going to have a nervous breakdown?

John says - You know those brackets were ridiculously hard to get off
John says - Why the hell did they do the things they did?

the word " HAD " threw me into a complete state of panic

Suzan says - Please - Dear God John - don't tell me you removed all the brackets
John says - I HAD TO  !!!!!!!!!!!   Couldn't get the carpet out without doing it
Suzan says - The L Brackets were NOT holding down the carpet - OMG - they were holding down
the heater covers -
YOU KNOW - THOSE THINGS WE USED AS A BASE FOR THE ENTIRE WALL OF BUILT INS?????????????
John says - Don't be ridiculous -
Suzan says - John please listen to me - you wouldn't use L brackets to hold a carpet down - they must have built the frames after the carpet was placed there - so yes the brackets would be on top of the carpet - BUT THEY'RE THERE TO HOLD THE FRAMES IN PLACE.

If anyone out there is looking for a carpet layer - I've got one here with the most genius way of installing them. 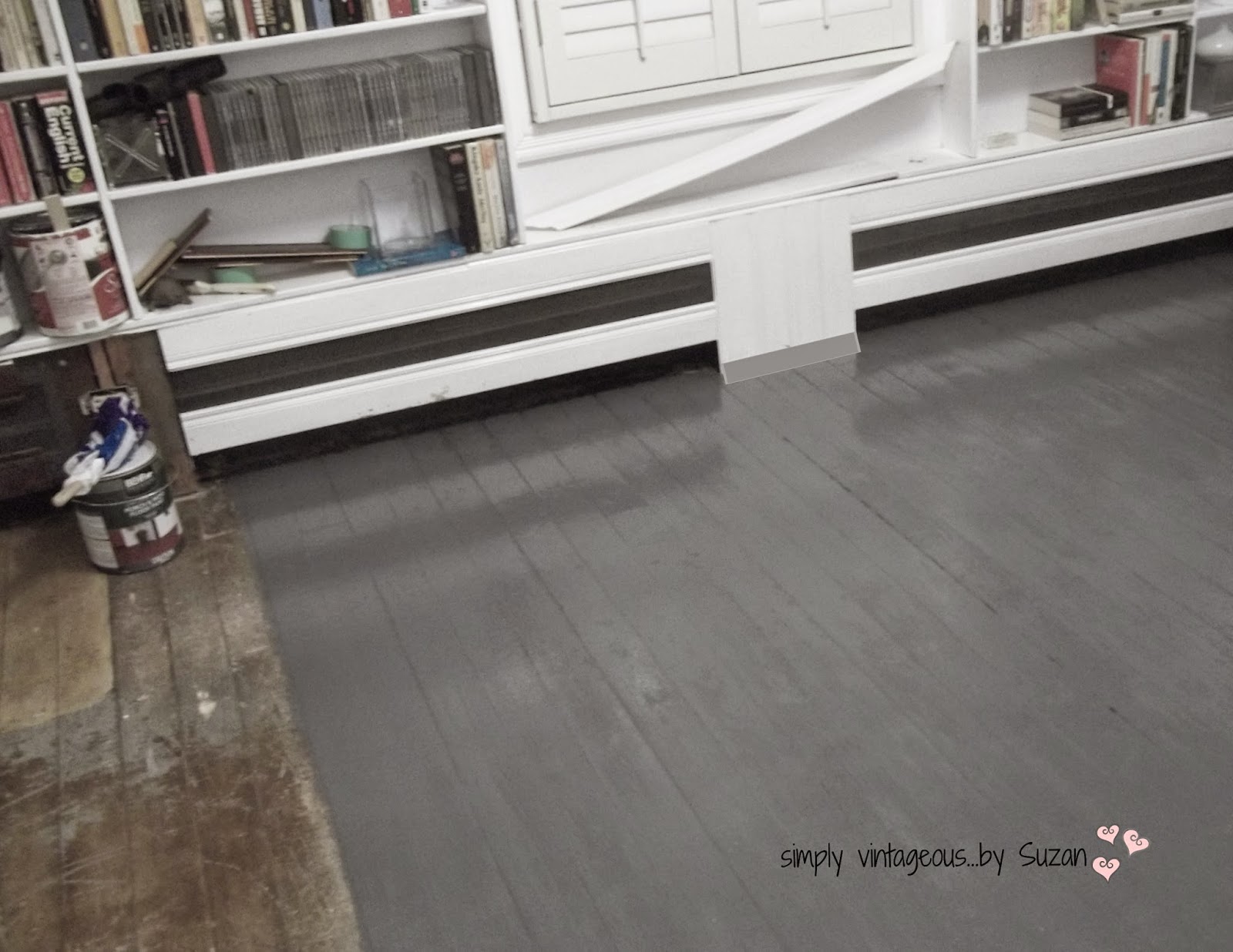 And a stencil to apply to it 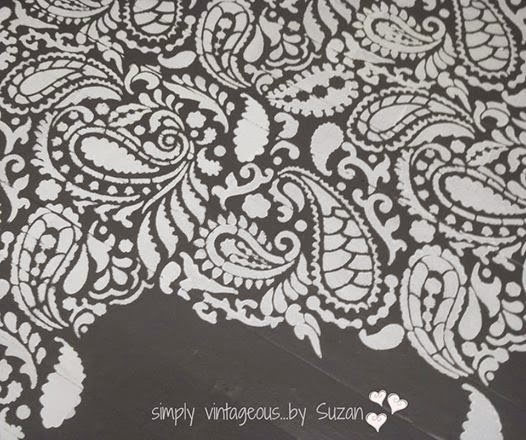 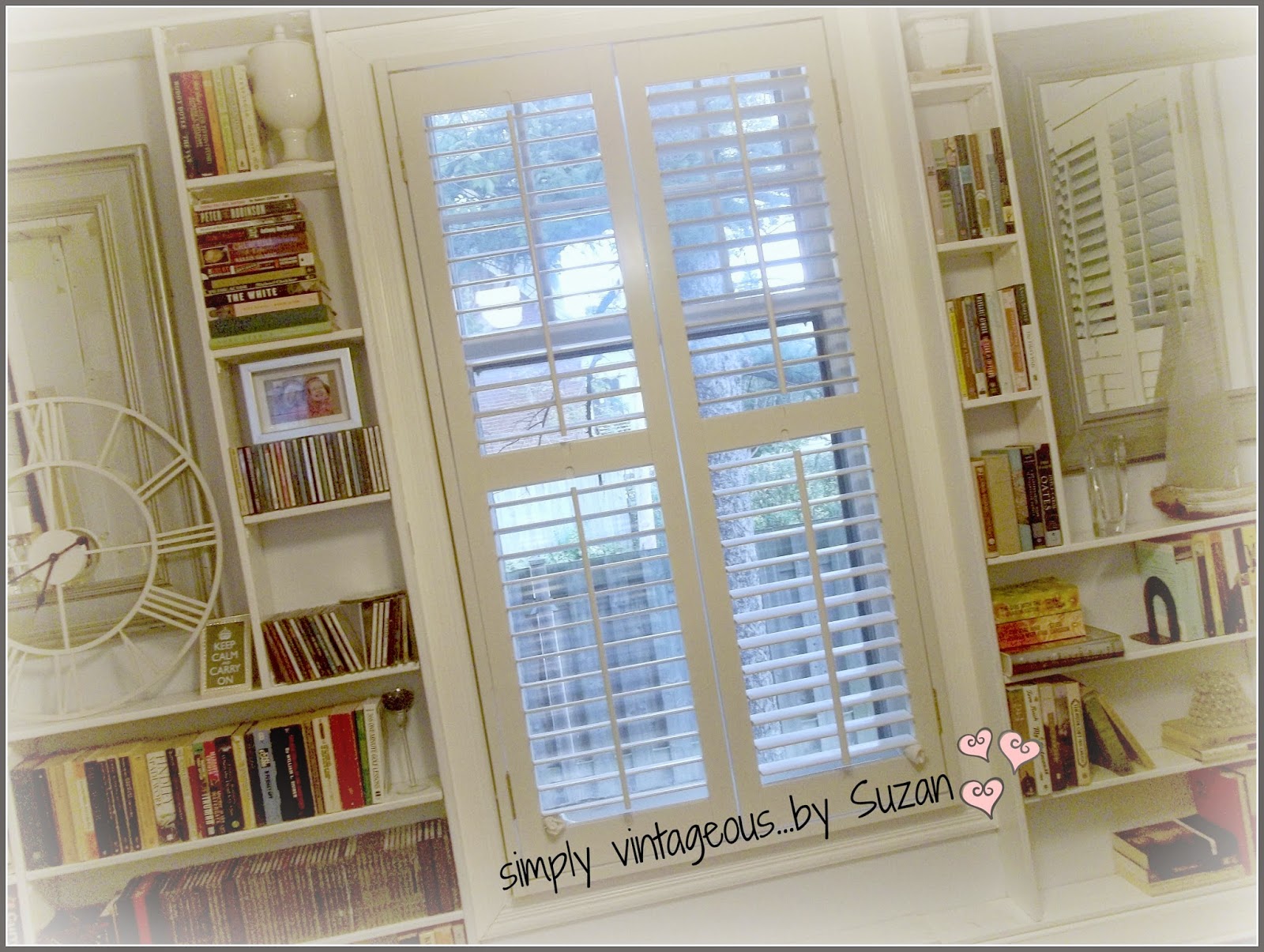 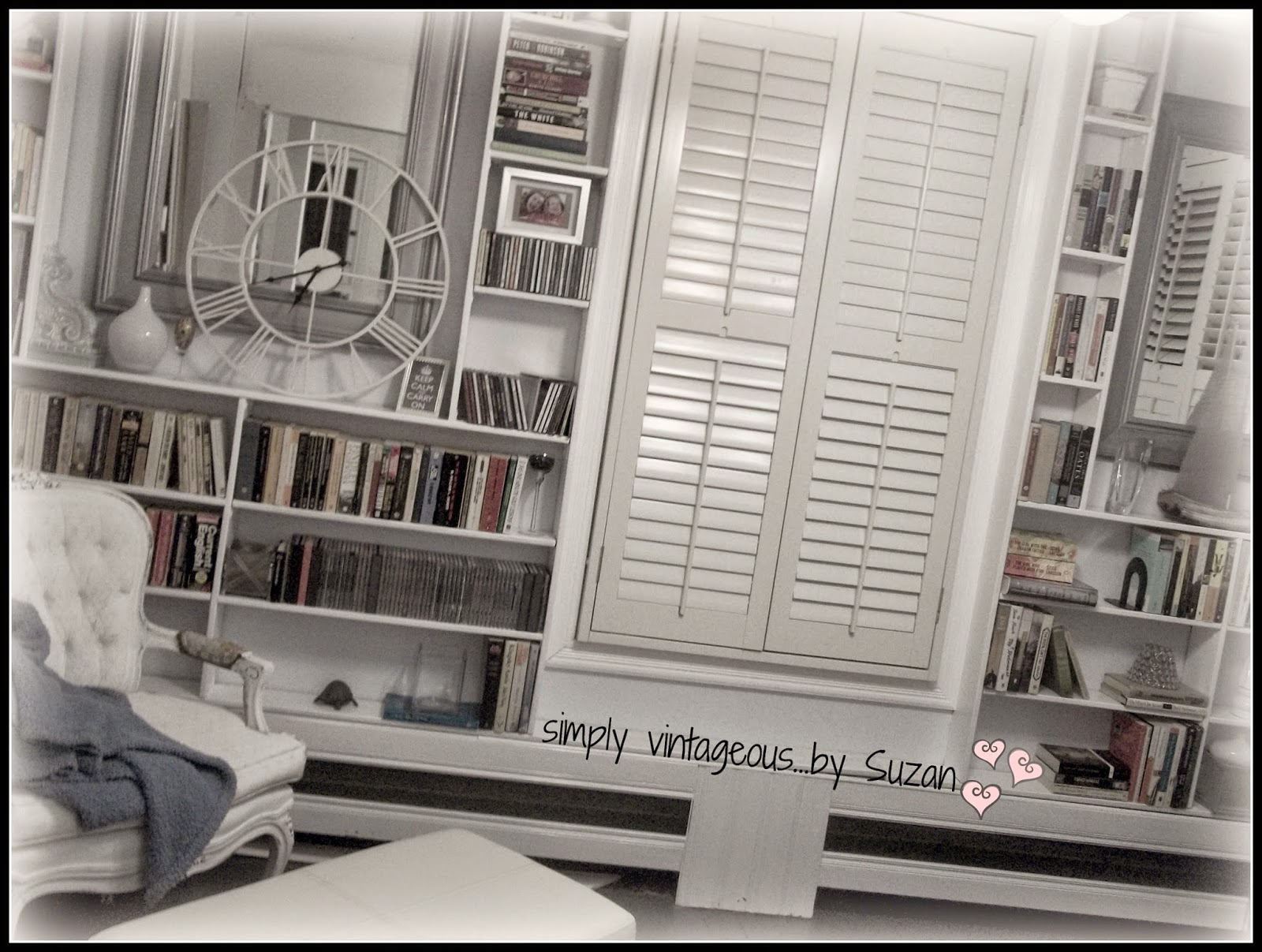 If I'm not able to write up a post tomorrow, you'll know why
Have a wonderful day one and all !

P.S. I really am liking my built ins now - and I really am impressed - even if I'm scared to go near them lol

P.S.S. For those of you wondering about the shutters - I spoke about them HERE - when I found 6 sets of them for a whopping grand total of 40.00 !!!
3 sets are installed - ( there are 2 windows in this little room ) and one in the living room - we've made them fit with a lot of manipulation LOL

Sharing at these fabulous parties !