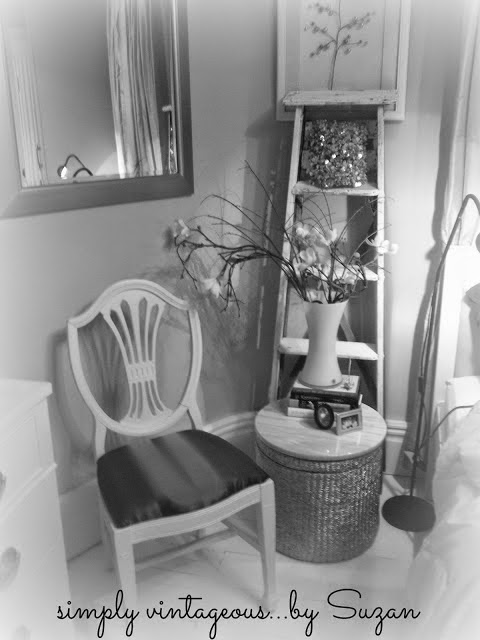 I decorated a ladder one Christmas ( when everyone in blogland was doing it ) and he went over the moon nuts about it - thought it was the ugliest thing he'd ever seen..................and was actually embarrassed when people came over. 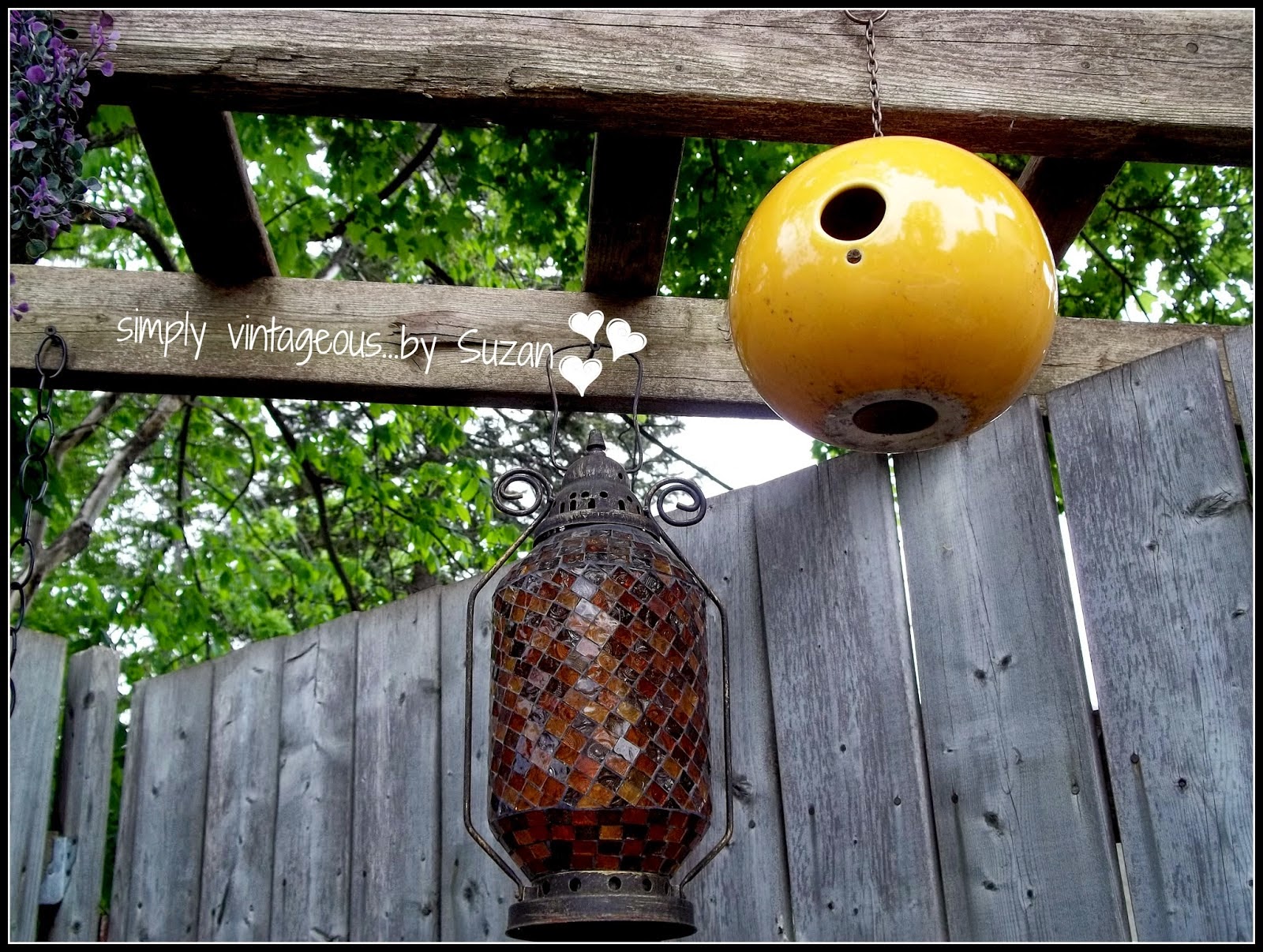 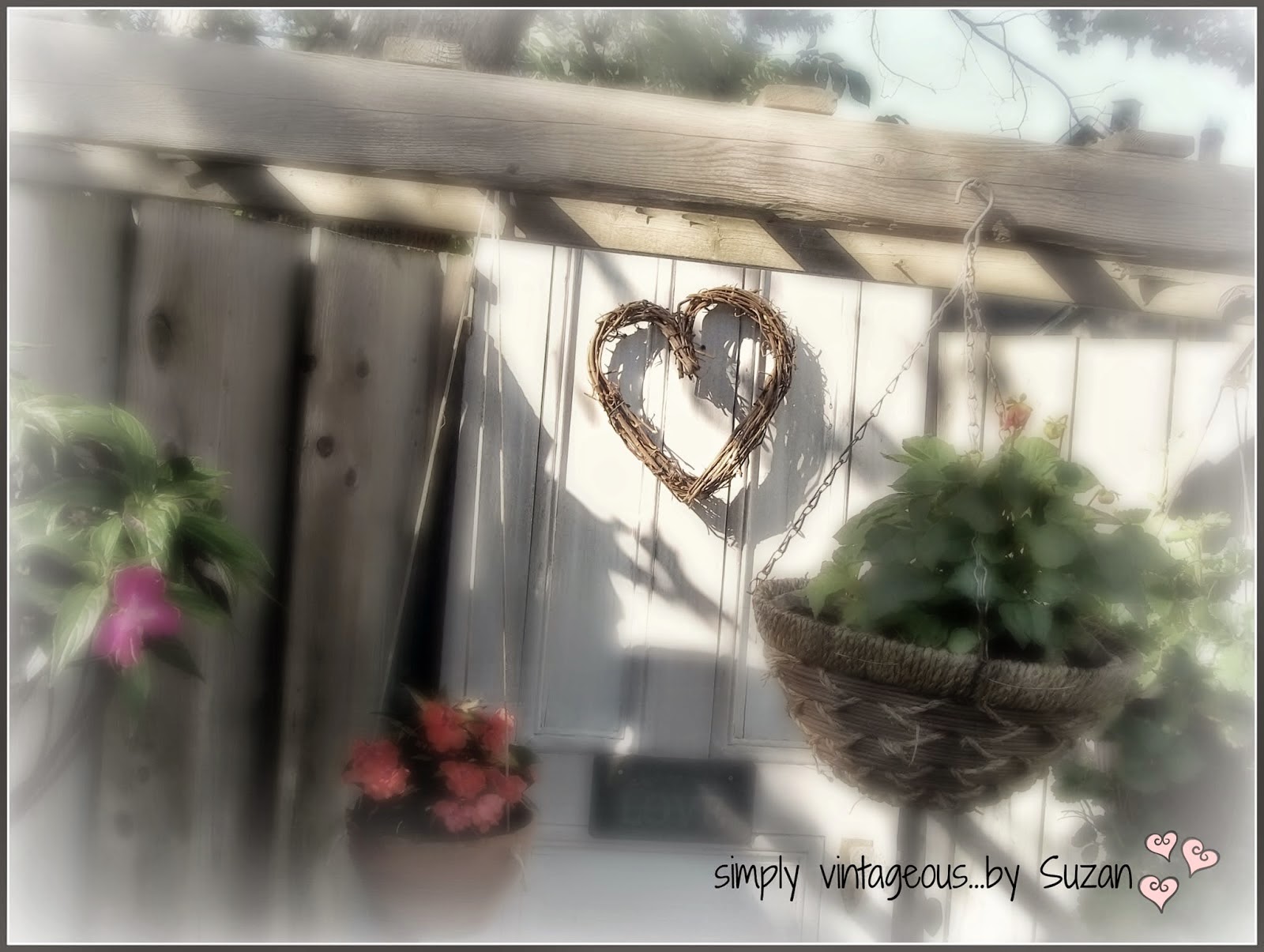 Anyway I ran in and got the ladder while John was out - because nothing says that 4 letter word like
a perfectly aged - rustic - home made ladder - that reaches the ceiling ( we have high ceilings ) no less......... 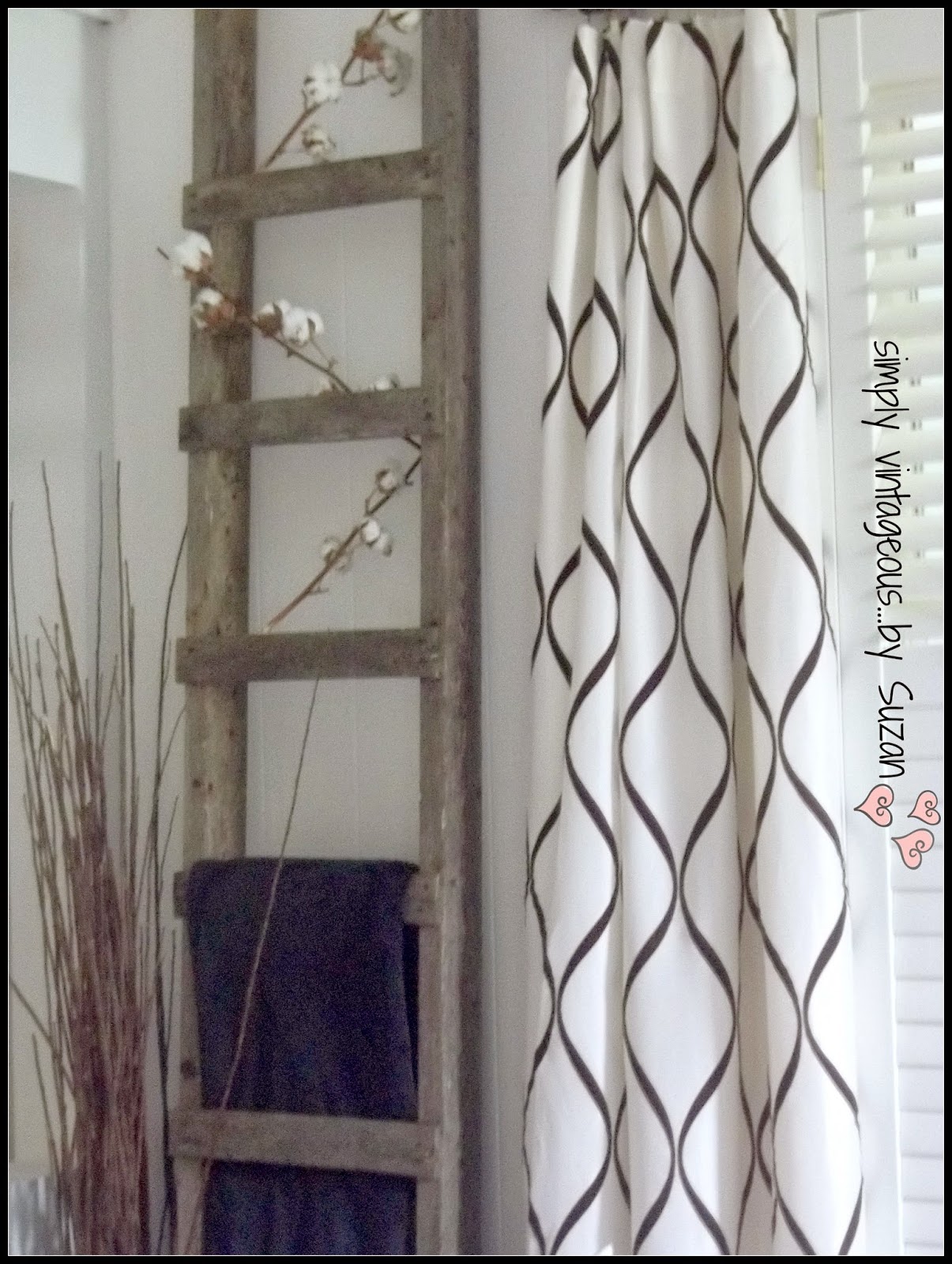 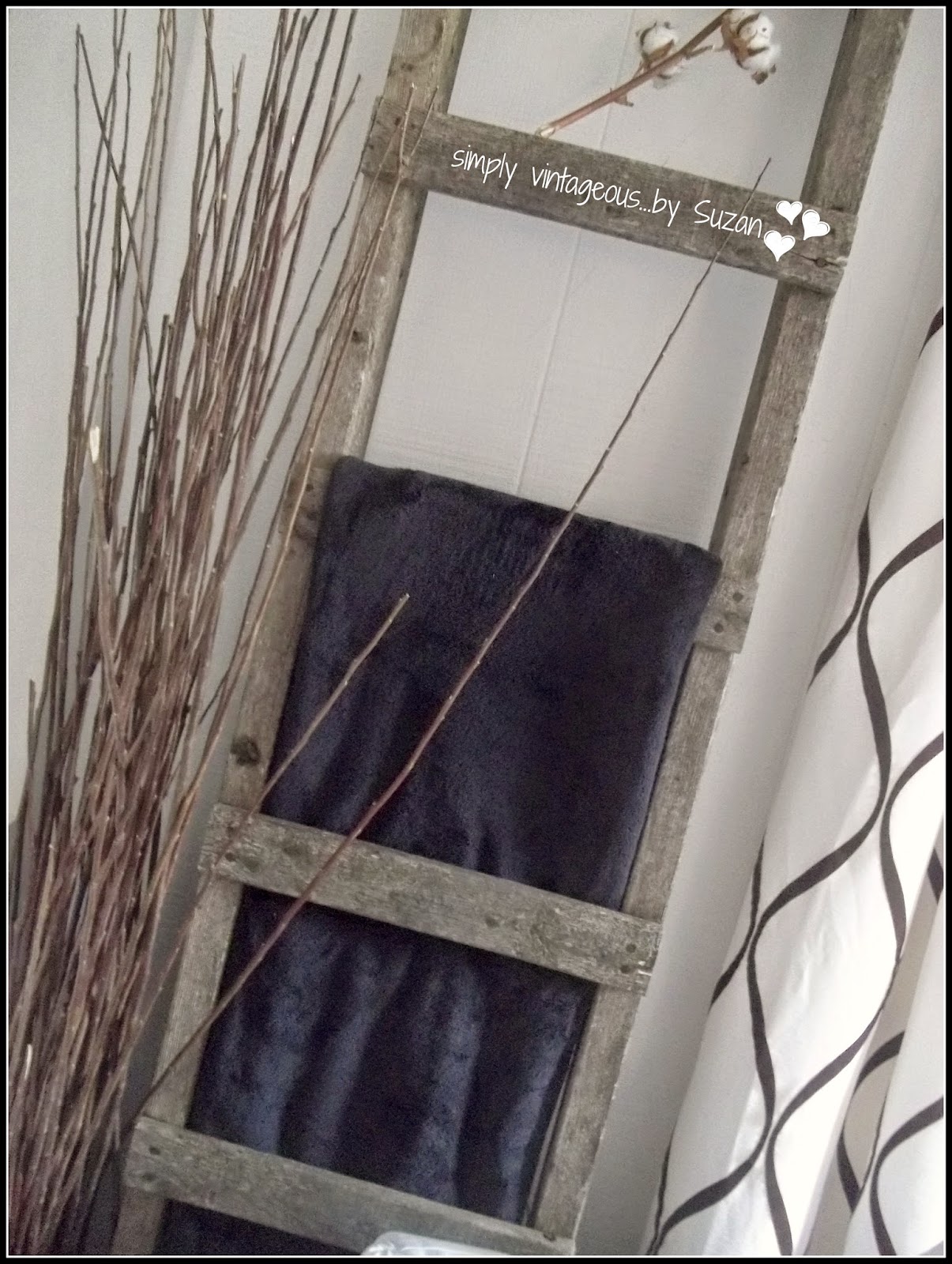 And that he'd be insane not to see that this time 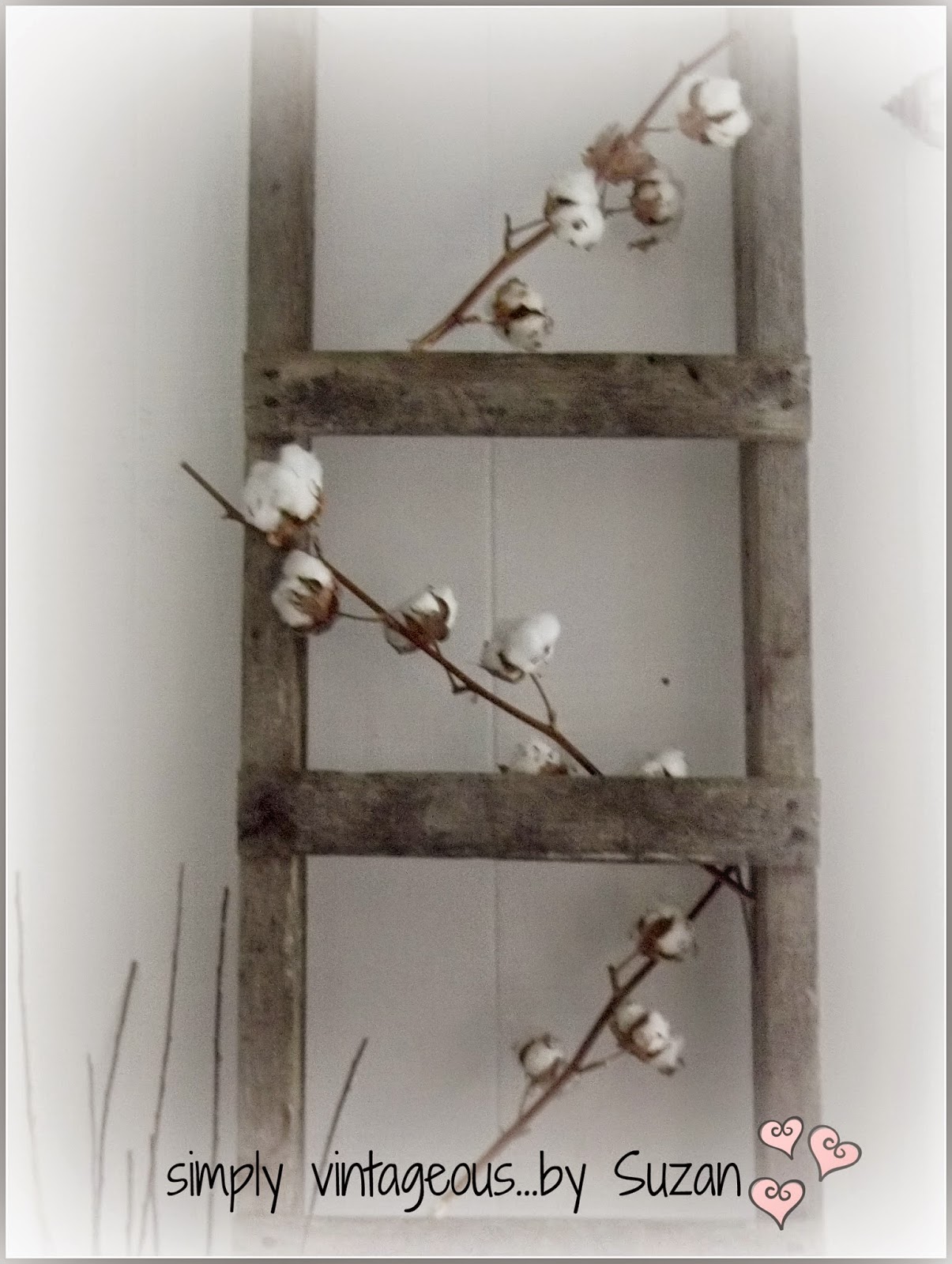 Suzan says - LOOK what I did with the ladder !!!!!!!!!!
John turns his head around to look in the living room - shakes his head and walks by it without saying anything
Suzan says - Don't tell me you don't like this one either?
( and don't tell me you're not going to say anything - it's half the reason I blog after all - but I didn't say that )
John says - I DON'T LIKE IT AT ALL
Suzan says - You know, you'd never believe you grew up in England - I'm trying to incorporate a little English rustic chic into the house
John says - ENGLISH RUSTIC CHIC????????
John says - What the hell is that?
John says - YOU'VE GOT ENGLISH DECORATING ALL WRONG !!!!!!!!!!!
John says - We kept ladders in the tool shed - or the cellar for God's sakes.
Suzan says - but you said we don't have enough wood in the house - so I thought you'd
John interrupts - I DIDN'T MEAN OLD DECREPIT LADDERS -
John says - What in God's name is wrong with you?
John says - You get everything looking nice and than you stick this in there?

I can't win -
Well I CAN win - because it's staying
And he's insane.................obviously - it's quite clear to me now.
And I also know - without a doubt - that somewhere in England - there's an old cottage with a rustic hand made ladder leaning against a wall. 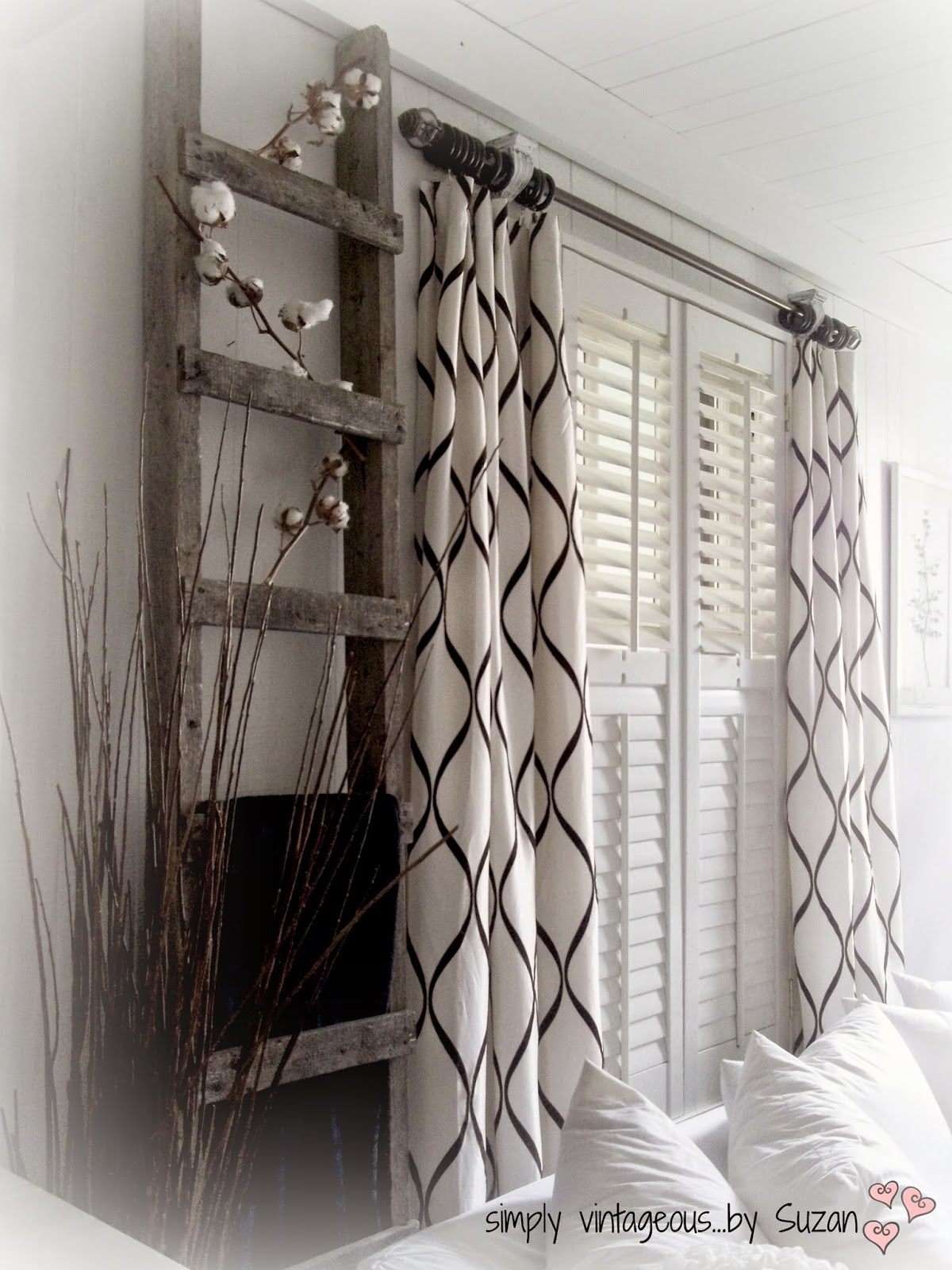 and if there isn't - than there definitely should be - don't they know English Rustic Chic when they see it? 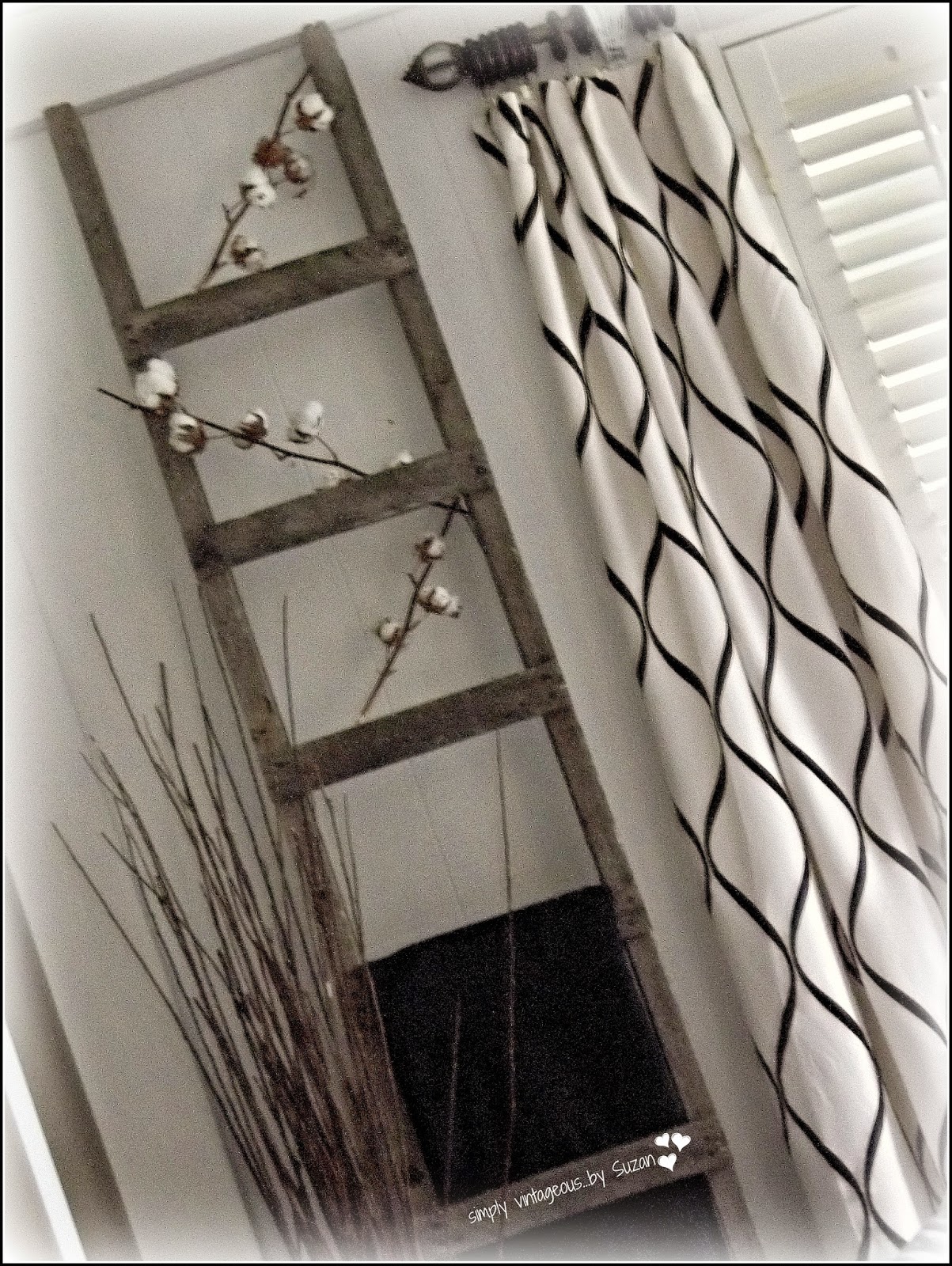 Wonder what he'll say when he sees miniature pumpkins on the rungs?

And I wonder where I should put this one? 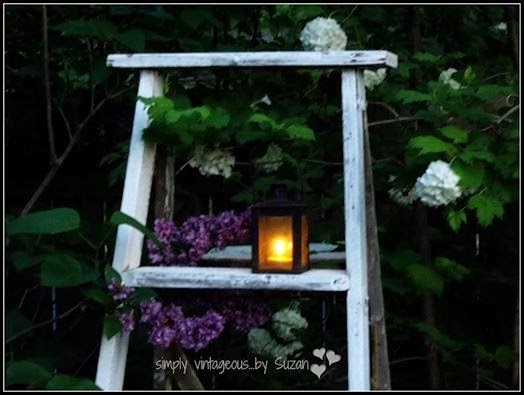 Have a wonderful day everyone
Much love,
Suzan 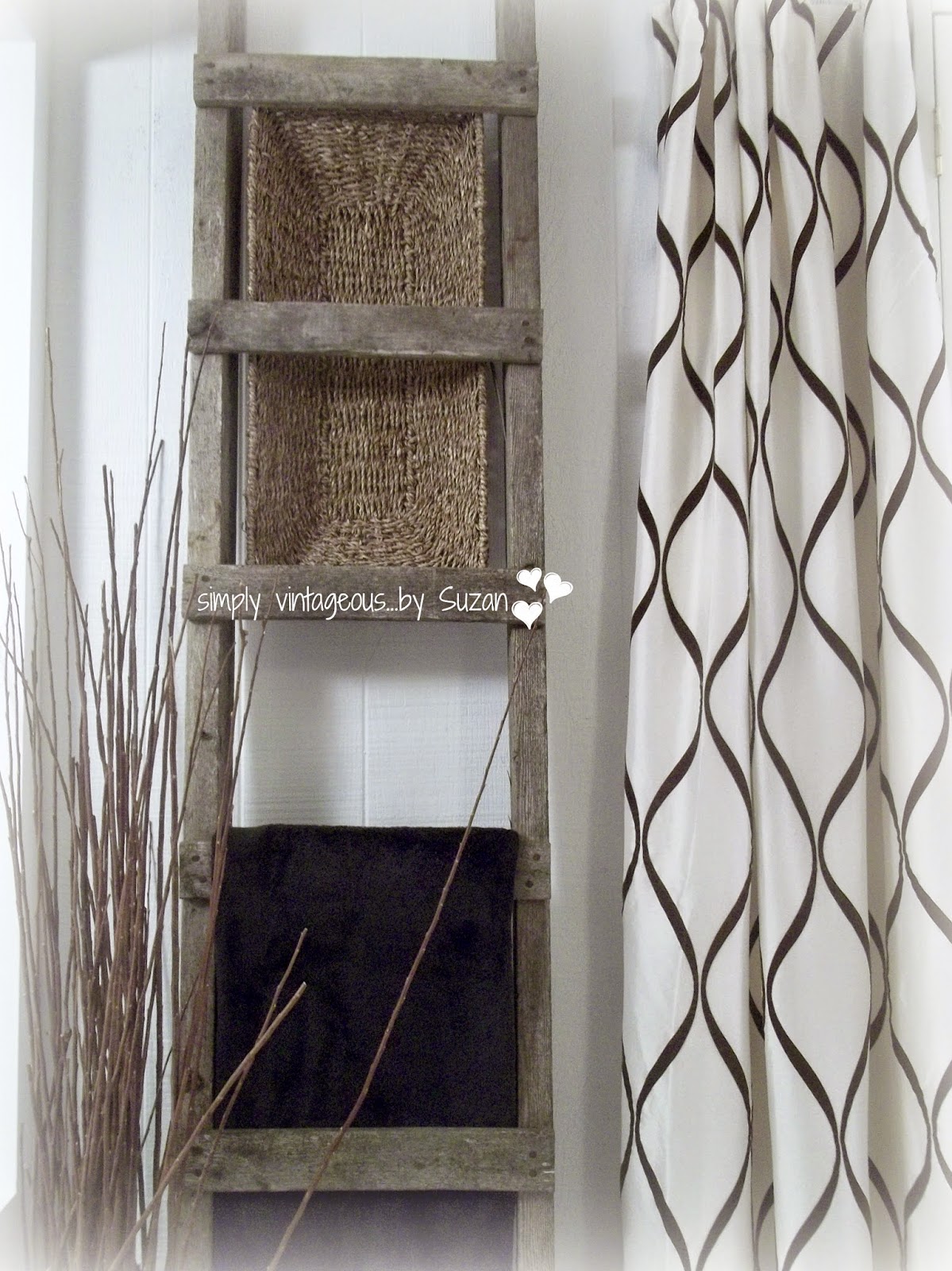 for the cotton to rest in 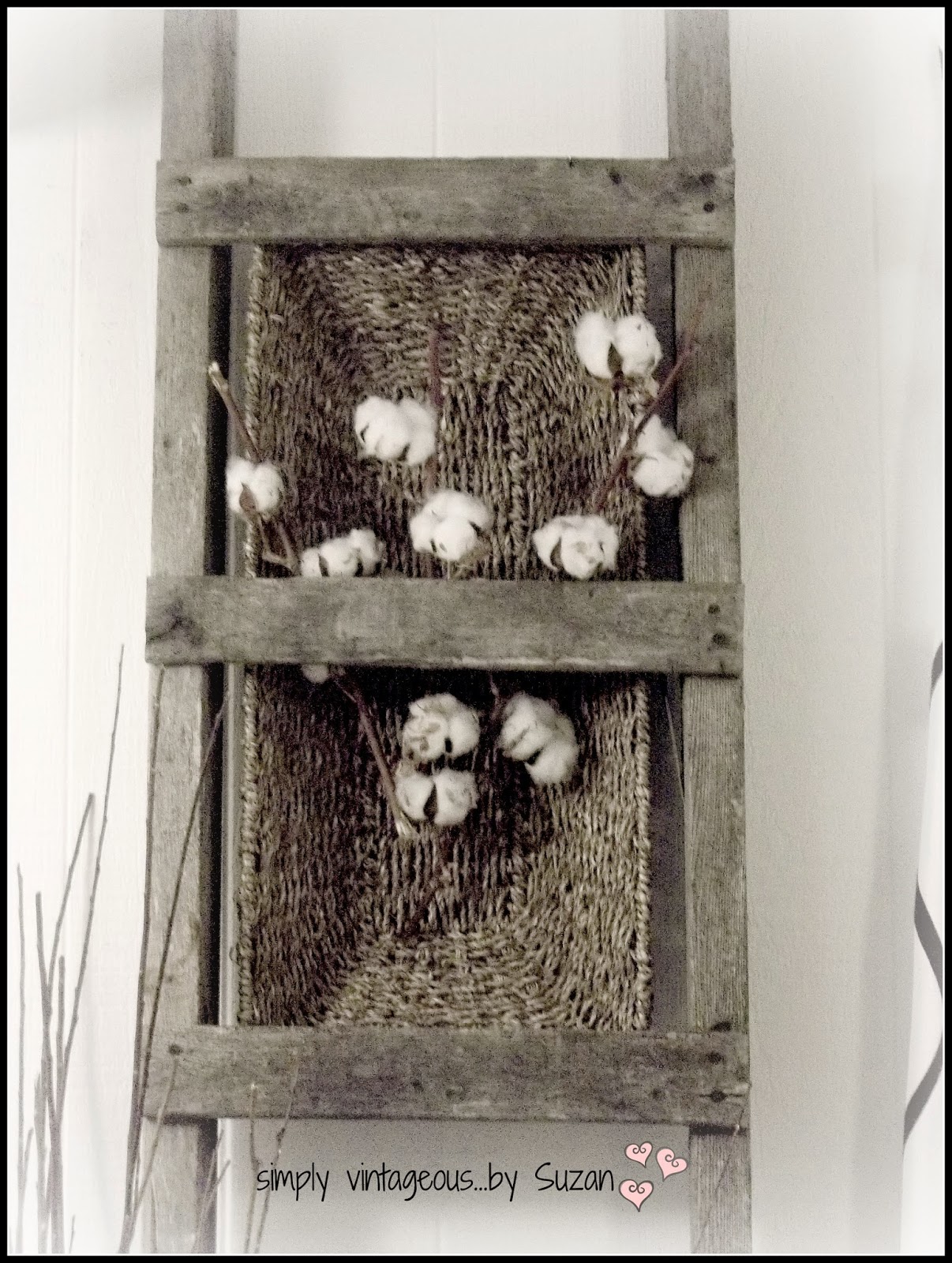 But for which I will be on the lookout for dried lavender ! 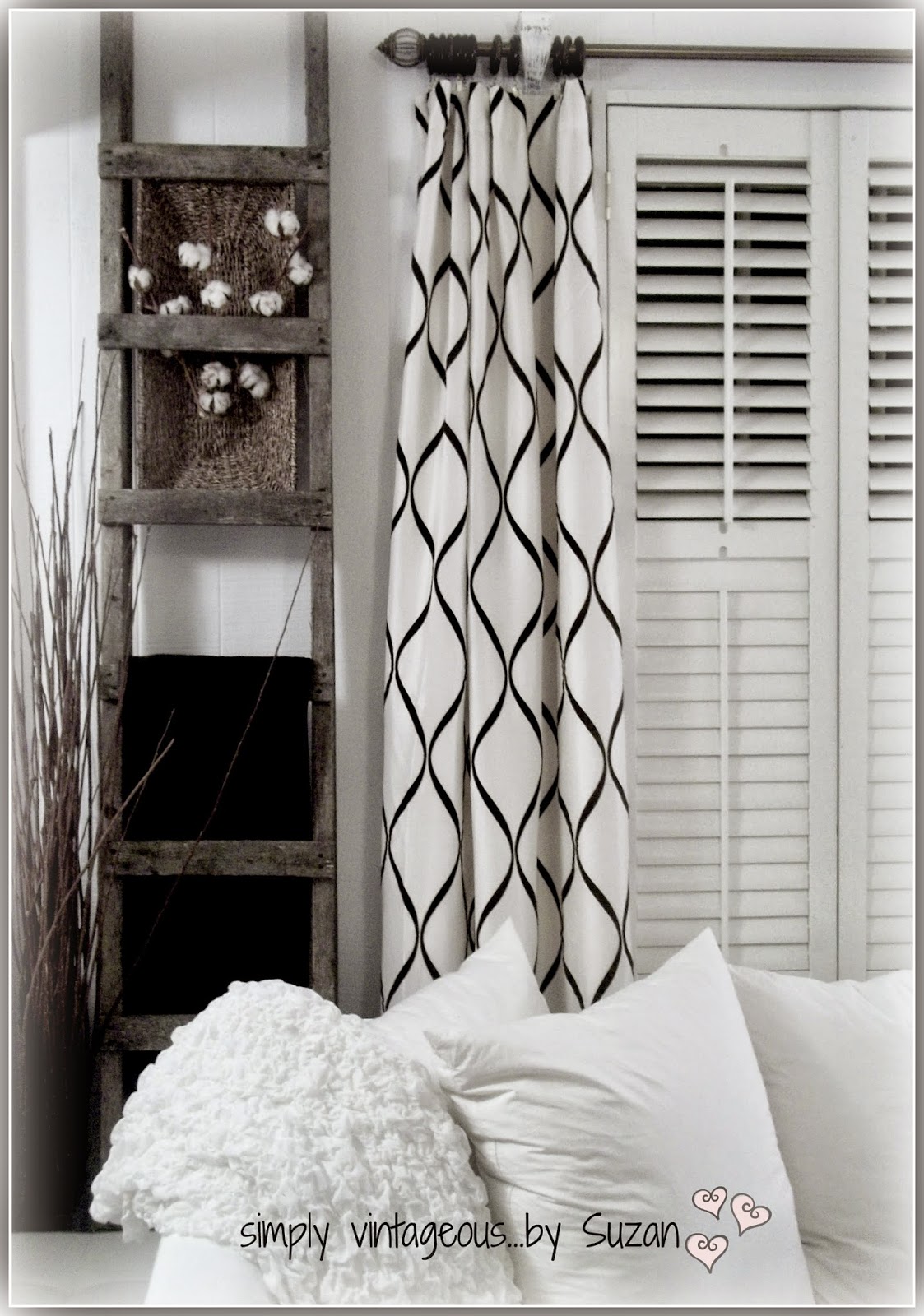 John sees them as ladders - I see them as a piece of furniture !
And that's the last word on the ladder LOL


Come join me at these fabulous parties !